Originally, Grant Avenue Methodist Episcopal Church was home to the first Methodist congregation in the newly incorporated community of South Denver. An addition was added in 1919, and the church quickly became a vibrant center for community activities. Throughout its history, names such as Speer, Iliff, Byers, and Evans could be found among its supporters.Becoming a Community Center on 2001, Historic Grant Avenue is now the home of nearly 20 nonprofit, arts, cultural, and spiritual groups including: The Denver Pops Orchestra, Colorado Honor Band, The Denver School of Rock, and the original Methodist Congregation. Nearly 1600 people come through the doors of Historic Grant Avenue each week!

Here is an image of the Historic Grant Avenue building, courtesy of Doors Open Denver. 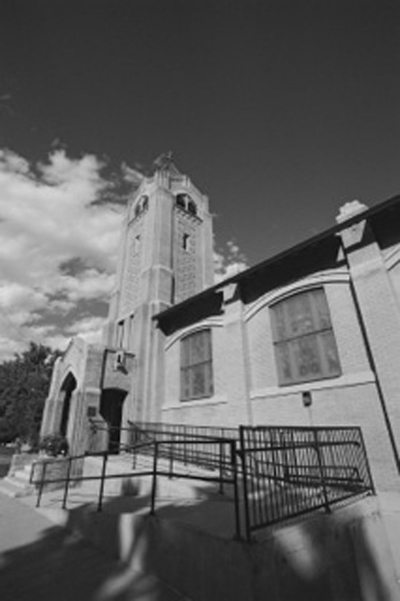 On Saturday, April 25, from 12-6pm Historic Grant Avenue will be offering free performances throughout the building by most of its music and arts groups as a way to build public awareness of all that happens here, and plans for the future. Historic tours of the building will be offered at all times, taking approximately 15 minutes.