With 2013 behind us, let’s take a look at the progress made along Denver’s East Rail Line, a 22.8-mile transit line connecting Denver International Airport with Denver Union Station in Downtown Denver. A lot of progress has been made since my last East Rail Line Update back in June and we are another step closer to never driving out to the airport again! This is the first of a three-part January 2014 update on the East Rail Line. 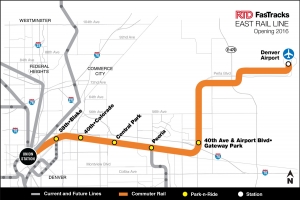 Progress at the Denver Airport Station is incredible as the canopy frame is in place and the 519 room hotel and conference center is looking more and more like a reality everyday. Look for a new post on the progress around DIA soon. For now, here is a series of photos that RTD recently posted showing the progress made over the past three years in this area (photos courtesy RTD).

Between Airport Station and Gateway Park you get the feeling that we are getting closer and closer to opening day, as tracks are being laid in place and overhead lines are being installed (photo below courtesy of RTD). Bridges over Newcastle Road, E-470, Tower Road, False Creek, 56th Avenue and 40th Avenue are nearing completion and will soon see concrete decks installed. 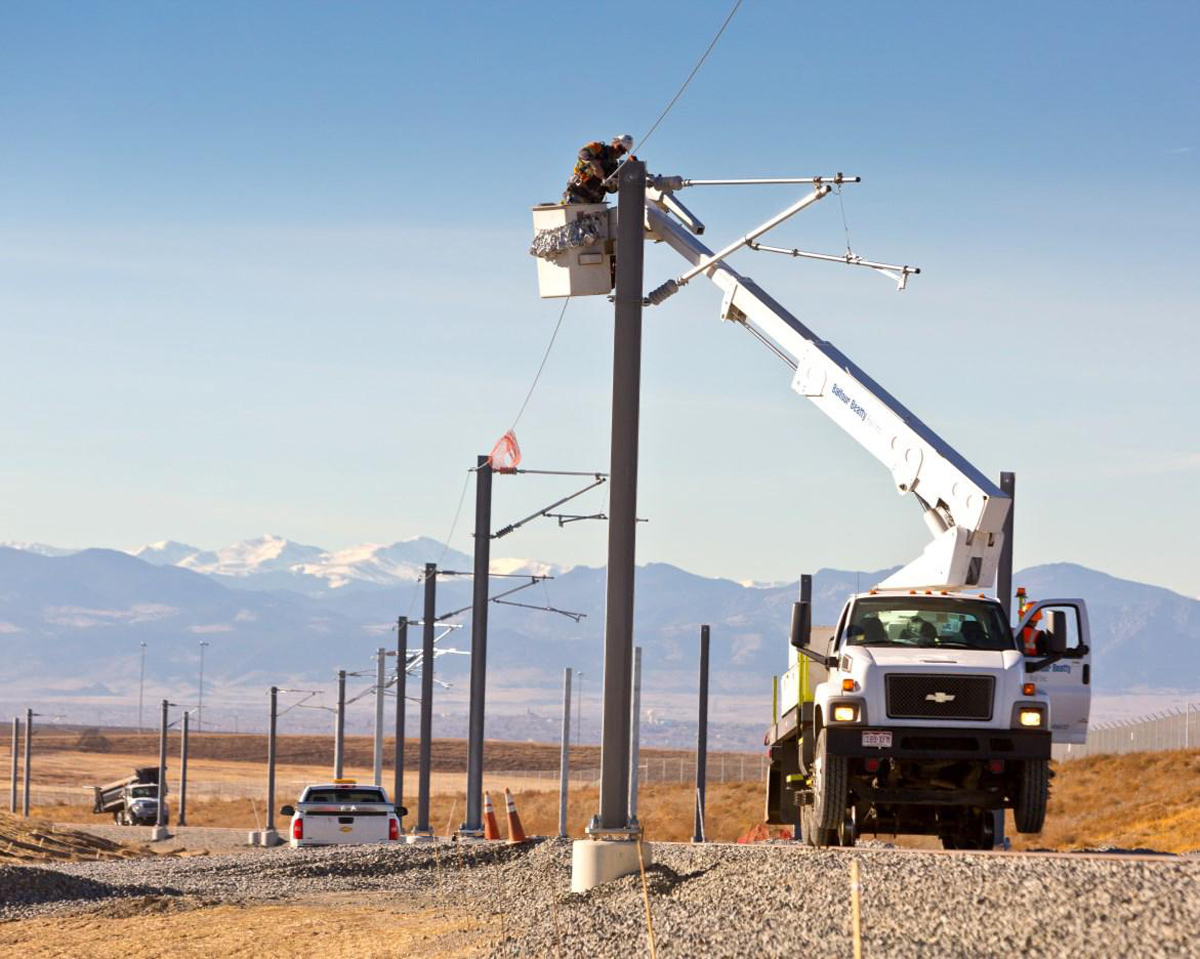 Visible progress has been made at Gateway Park; the first station south of DIA along the East Rail Line. Here, the elevated East Rail Line will connect to the existing Gateway Park (aka 40th & Airport Boulevard) Park and Ride. Below are some pictures of the new rail platform under construction. 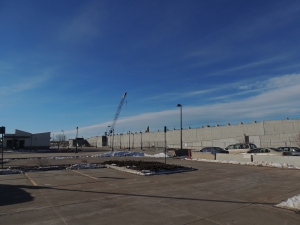 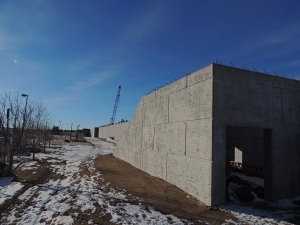 Immediately after this station, the East Rail Line continues over the expansive 4,985 foot long I-70 Flyover Bridge which is nearing completion. 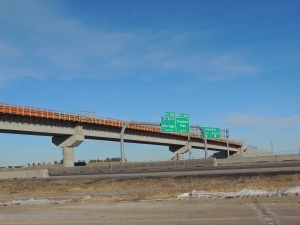 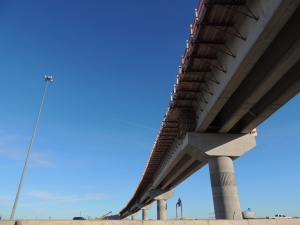 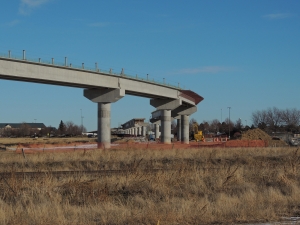 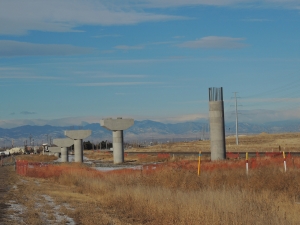 Here’s one more photo of the I-70 Flyover Bridge under construction courtesy of RTD. 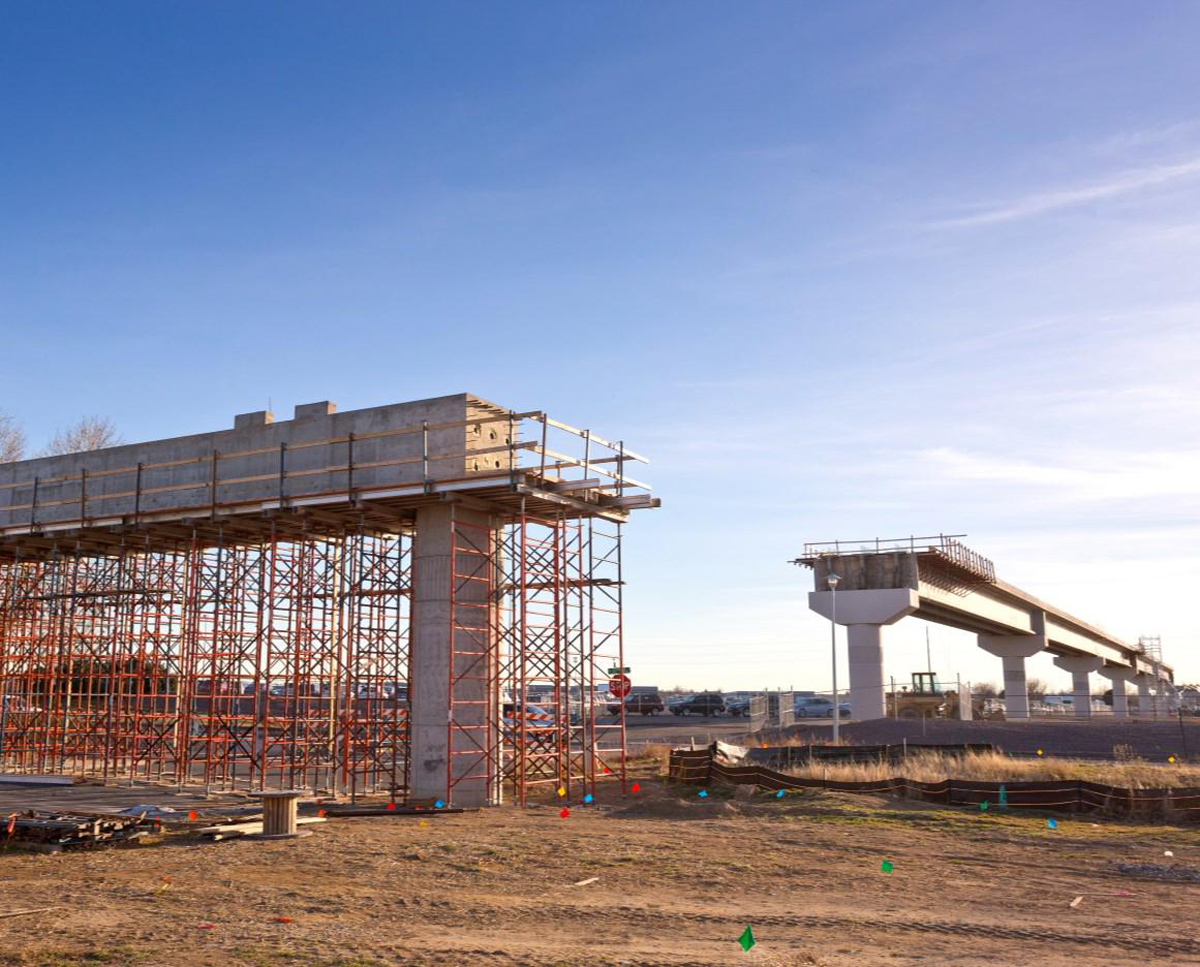 Wast of the Flyover Bridge is a long straightaway where the East Rail Line trains will reach their maximum speeds. In this area, we can see both tracks and OCS upright poles in place. Thanks to RTD for these photos showing the crews installing the tracks in this area. 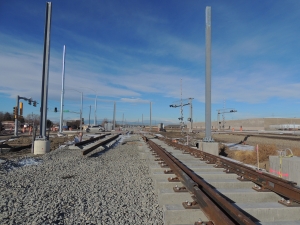 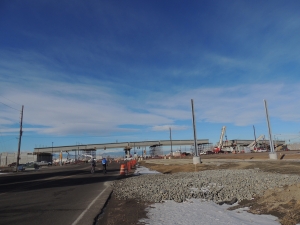 In my next post, we will continue west along the East Rail Line towards Denver Union Station.