Across all of the Light Rail and Commuter Rail developments around the Denver Metro area there are some large and impressive bridges. The 6th Avenue crossings on the West Line certainly are impressive urban rail bridges and the Utah Junction on the Northwest Line and Peña Boulevard Crossing on the East Line are both huge bridges but one of the most impressive bridges in the entire system is currently in the works. 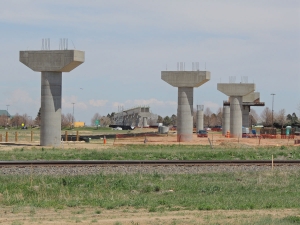 This bridge, called the I-70 Flyover Bridge, is nearly a mile long and will carry commuter trains over Interstate 70, Pagosa Street, East 32nd Avenue, Airport Boulevard and the Union Pacific tracks before landing north of Smith Road; approximate path shown below in red. 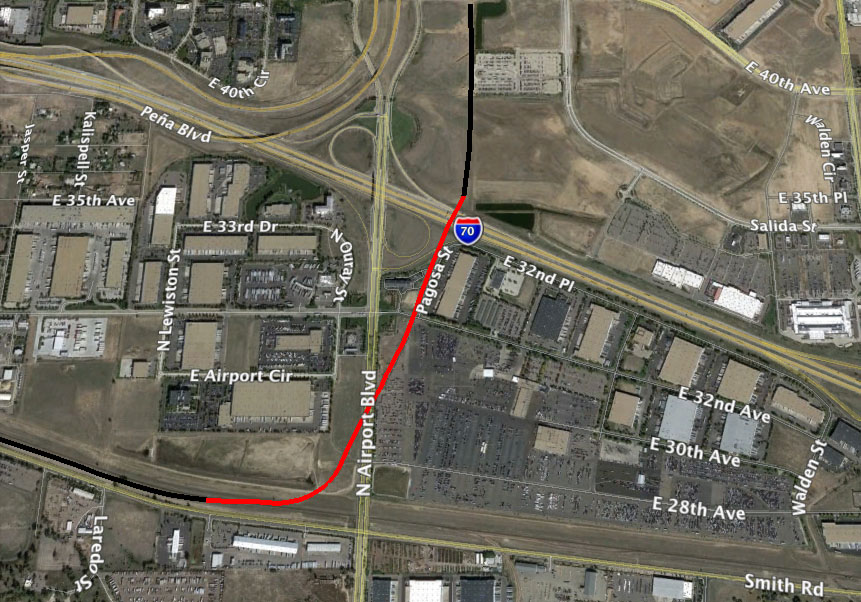 When completed, the bridge will be 4,985.25 feet long and 19.58 feet wide allowing for a single track over this span. 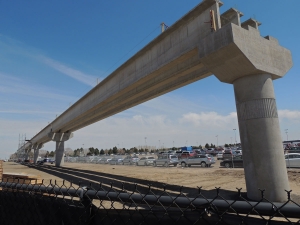 Currently, crews are constructing the piers as well as installing girders over a segment before 32nd Avenue. Later this year there will be a series of road closures and lane reductions for Airport Boulevard and Interstate 70 for girder and overhang installations and concrete deck pours; however, these dates have yet to be confirmed. 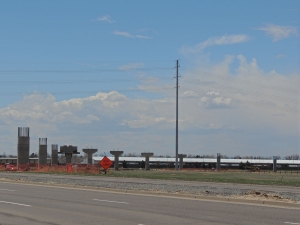 Other major bridges that are near completion along the East Line are Peña Boulevard Crossing, E-470 Bridge, Tower Road, Sand Creek and 38th Street. 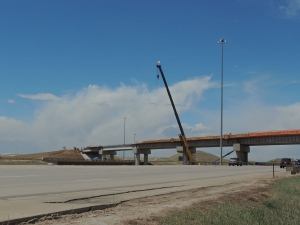 I touched on the Peña Boulevard Crossing in my last post. 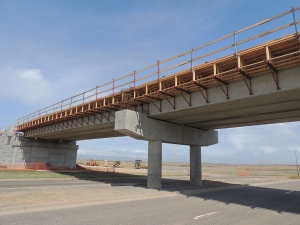 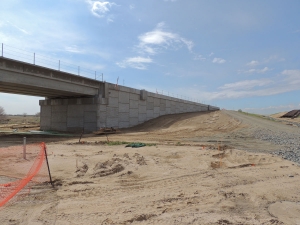 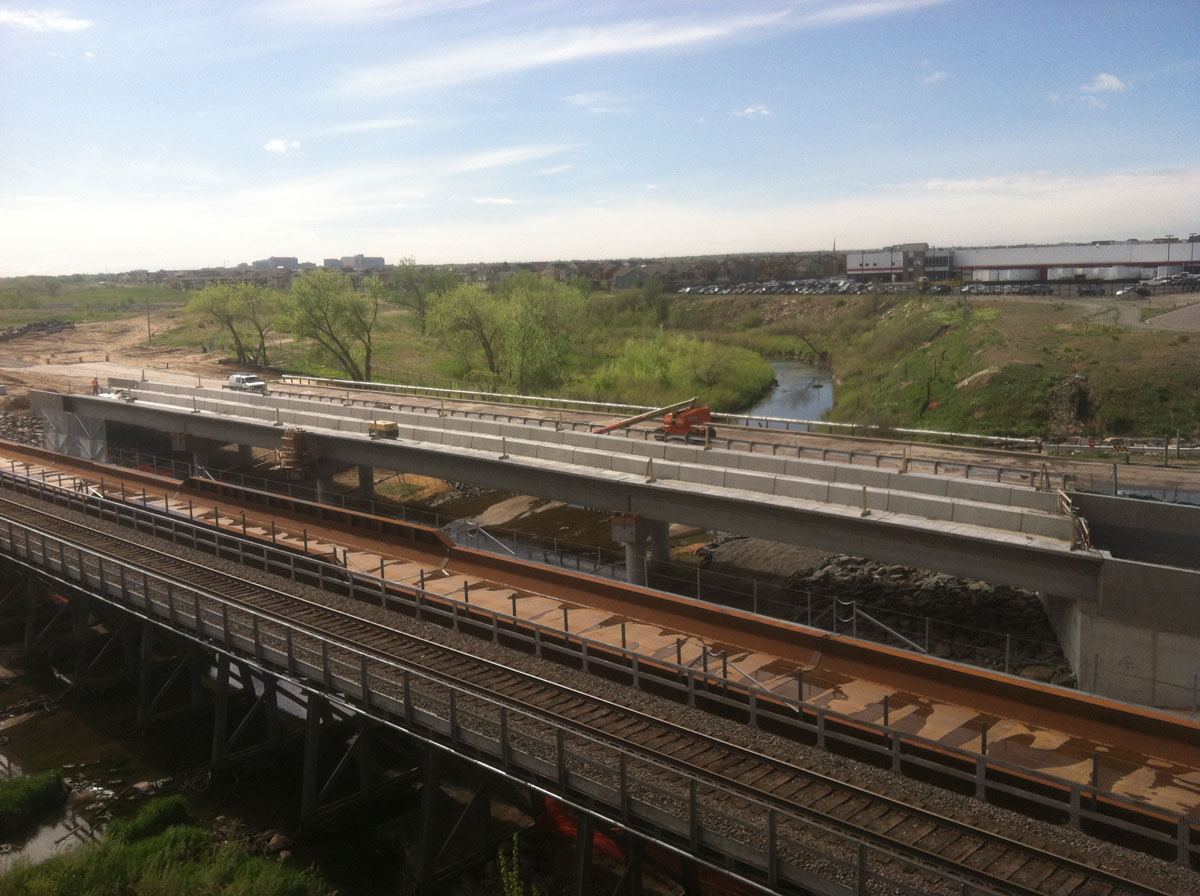 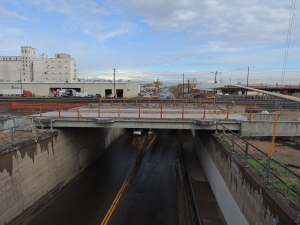 Track installation has already begun to the east of the bridge over Sand Creek near Central Park Boulevard (left) and the bridge over 38th Street near Blake Street (right).

In my next post, I will have updates on track installation and station construction along the East Line.