All Aboard! RTD’s West Line Opens 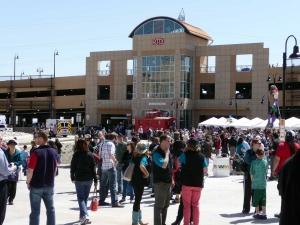 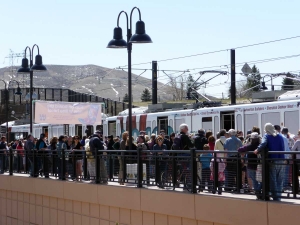 Under an absolutely perfect Colorado spring morning sky, the ceremony at the Jeffco Government Center included the usual speeches, bands and balloons. Several hundred people were on hand to listen to comments from various elected officials and other dignitaries including RTD General Manager Phil Washington (left). After making a short speech, Governor Hickenlooper signed two bills (right); one that allows Colorado cities to use their allotment of the gasoline tax for not only roads, but for transit, bicycle and pedestrian infrastructure too, and another bill that allows RTD to partner with private developers to build and manage parking facilities at RTD stations. 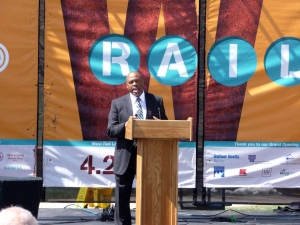 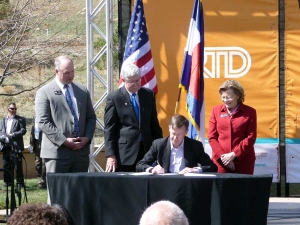 After the ceremony concluded, big crowds jammed the trains, as thousands of Denver metro residents took advantage of the sunny Friday afternoon to take a free ride on the W. 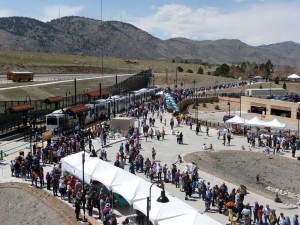 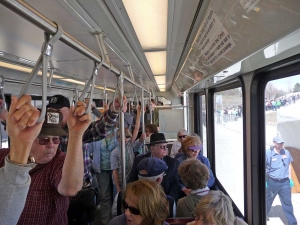 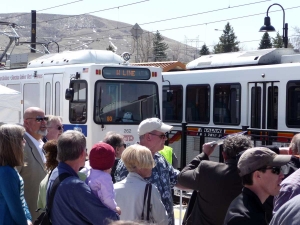 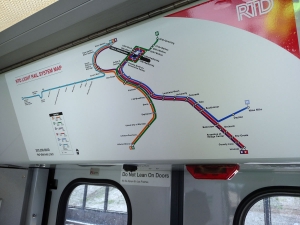 Today, the W Line was free, and tomorrow (Saturday, April 27), RTD’s entire light rail system is fare-free to celebrate the opening of the West line. Saturday, RTD is also planning parties at every W Line station, from Union Station to Golden. Go here to find out more about the station parties. They run from 10 AM to 4 PM. If you plan on attending Saturday’s free ride, be prepared for standing-room-only trains and some longer-than-normal waits. While today’s huge crowds caused the trains to run a little behind schedule, no one seemed to mind. The atmosphere was downright festive, with people oohing-and-awwing when the train went over the big 6th Avenue bridge, and people applauding when the train arrived into Union Station. 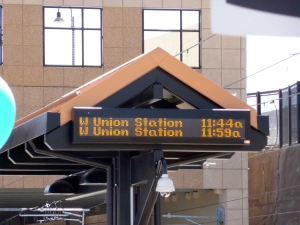 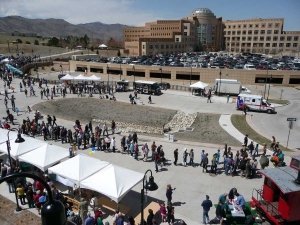 Congratulations to Denver, Lakewood, Golden, and the rest of the Denver region! We now have 47 miles of rail transit in metro Denver, with another 51 miles under construction.

DenverUrbanism’s coverage of the West Line opening continues for five more days with photos and highlights from this weekend’s festivities!