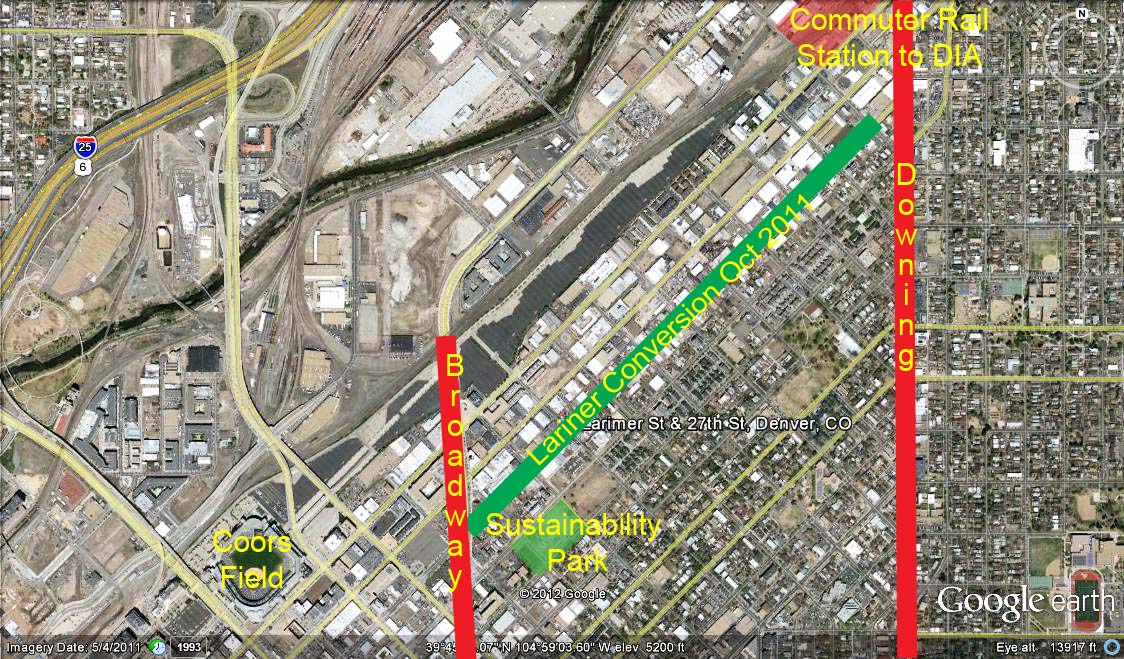 In October of 2011, less than a year ago, Public Works converted Larimer Street between Downing and Broadway from a three-lane one-way arterial into a two-way street with one auto traffic lane and one bike lane in each direction. The result of of this relatively minor public investment has been great for this once neglected commercial corridor. In recent years the RINO or River North District has seen numerous new coffee shops, cafes, bars, restaurants, art galleries, businesses of all kinds opening along Larimer Street. These businesses existed in spite of and not because of the condition of Larimer  Street North of Broadway, essentially a three-lane speedway into Downtown. 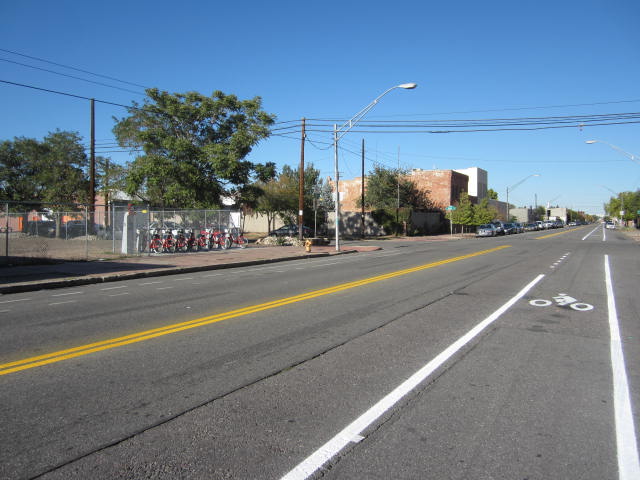 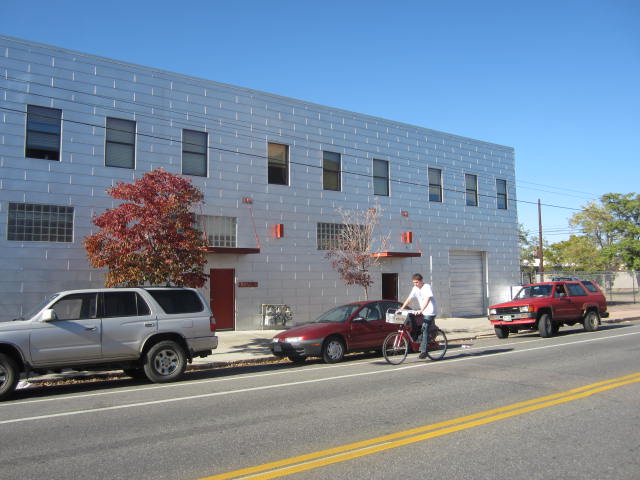 Above photos: Larimer Street just after conversion to two-way traffic and addition of bike lanes in October 2011.

The change from one-way to two-way with bike lanes has provided local businesses with a much improved pedestrian and bicycle environment and neighbors in the surrounding area are taking notice and walking or biking over to Larimer in ever greater numbers. Businesses such as Crema at 29th and Larimer have become neighborhood favorites and are busy from open to close. The bike lanes on the street have set a tone for the redevelopment along the corridor. The added buffer between the cars and the sidewalk makes for a better pedestrian environment and it also sends a message that this community values sustainability. With Denver Bike Share headquarters at 27th and Larimer and sustainable-minded businesses such as Volunteers of America and EarthLinks headquartered on the street, Upper Larimer is developing into Denver’s sustainable main street. The new bike lanes are an important part of this atmosphere and I applaud the RINO district and Public Works for having the vision to include bike lanes in the plan. 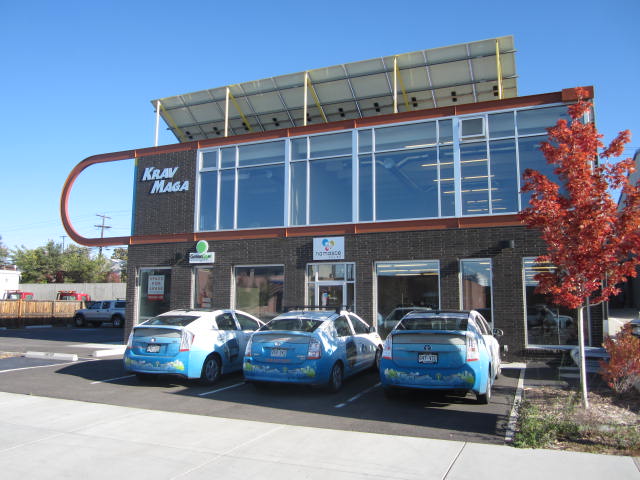 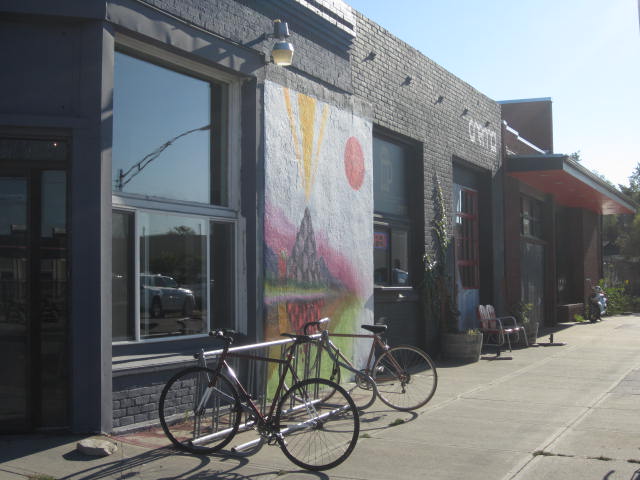 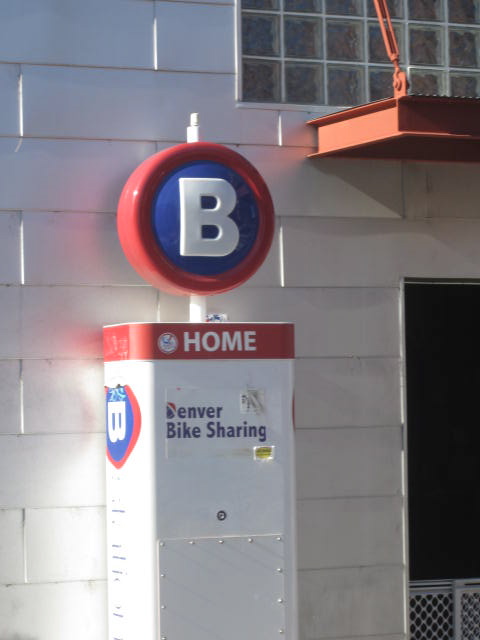 Above photos: Some of the great new sustainable local businesses that have recently opened up along Larimer Street.

To take Larimer to the next level, additional sustainable streetscape elements could be added, such as the on-street bike parking and parklet seen here in San Francisco’s Mission District: 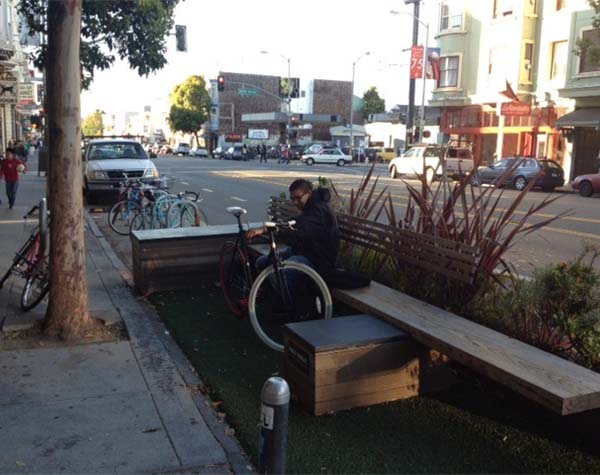 Hopefully, city officials will take note of what is happening along Larimer and future conversions of similar streets, such as E. 19th Avenue between Park Avenue and Broadway, which is under consideration now, won’t take the 10-plus years it took to implement the Larimer street conversion. 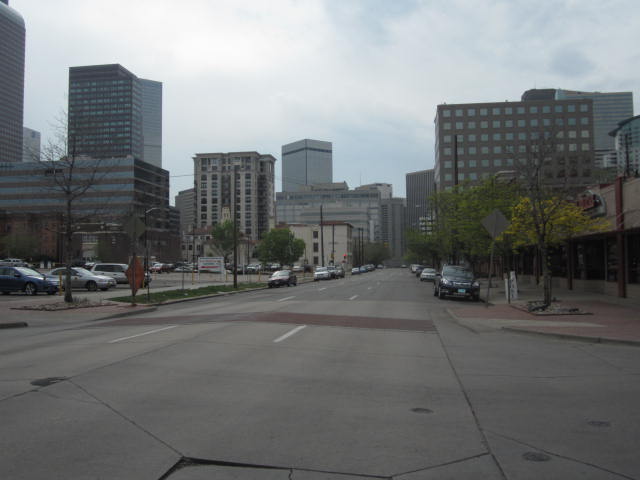 Above photo: E. 19th Avenue at Pennsylvania has a very similar condition to Larimer Street prior to the conversion.

If you have not been there lately, bike over to Larimer and take in the  local shops, restaurants and cafes along Denver’s new Sustainable Main Street.