My apologies in advance that I haven’t kept everyone up to date on progress along the West Corridor. However, that will change starting now. It’s time for our second West Corridor update. For comparison sake, you can find last year’s updates from DenverInfill here (keep in mind there are 3 updates – scroll down to find them all). We’ll focus on the major components (stations, bridges, tunnels, etc.) of the $700 million light rail corridor that will open in May 2013. As with the last update, we’ll start at the Auraria West Station and work our way west towards the end-of-line station at the Jefferson County Government Center.

As a sign of progress as we move closer to the completion of the West Corridor, RTD opened a relocated Auraria West Station at the end of October. RTD had to move the station in order to allow trains coming in from and going out along the West Corridor could make their way into Union Station along the existing Central Platte Valley (CPV) Spur. The station was moved about 300 feet from its previous location on the east side of 5th Street outside the Auraria Campus Administrative Building to the west side of 5th Street behind the Printing and Distribution Center near parking lot A. 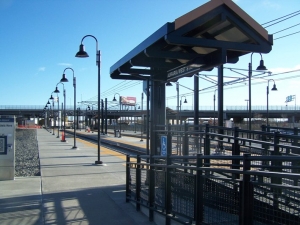 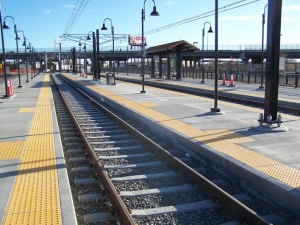 The Auraria West Station gives us our first clue as to the design scheme for the West Corridor. The canopies are black, rather than the traditional RTD green, with a copper-colored roof. The lights are also a more traditional design as well with the curved necks. This station is a tad different in that the tracks at the station are still mounted on top of ballast, rather than in concrete which is different from all other light rail stations. I don’t know why that is at this particular station – but I’ll look into it.

Here’s a closer look at the light posts – I like them more than the standard “hockey puck” designs at other RTD stations. 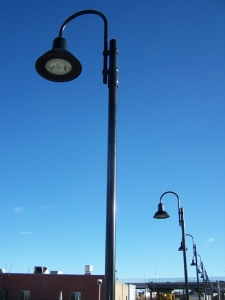 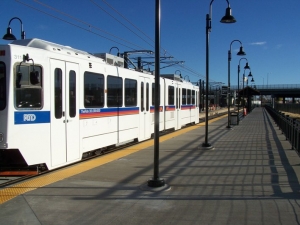 I’m no architecture critic, but to me, the canopies and railings give off a bit of a modern/industrial look. The canopies along the West Corridor will mimic these (with the exception of the Wadsworth Station where the City of Lakewood has paid for “enhanced” canopies). 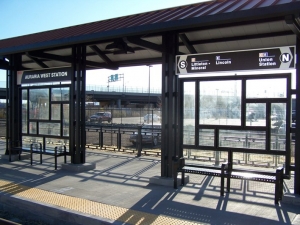 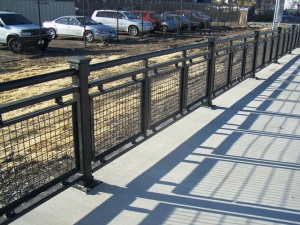 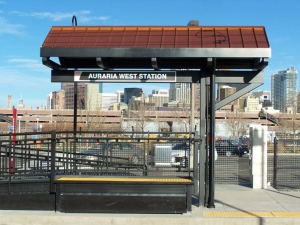 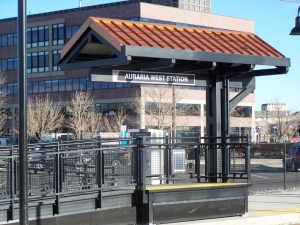 In my next post, we will take a look at the bridge spanning the Consolidated Mainline (CML) and the Burnham Yard Lead just south of the Auraria West Station.