This is the second in a series of posts on innovative bicycle infrastructure tools used in England. The subject of this post is bicycle route signage that uses estimated travel time rather than mileage to destinations. Below is an example of one sign on the Beach front path in Brighton, England. 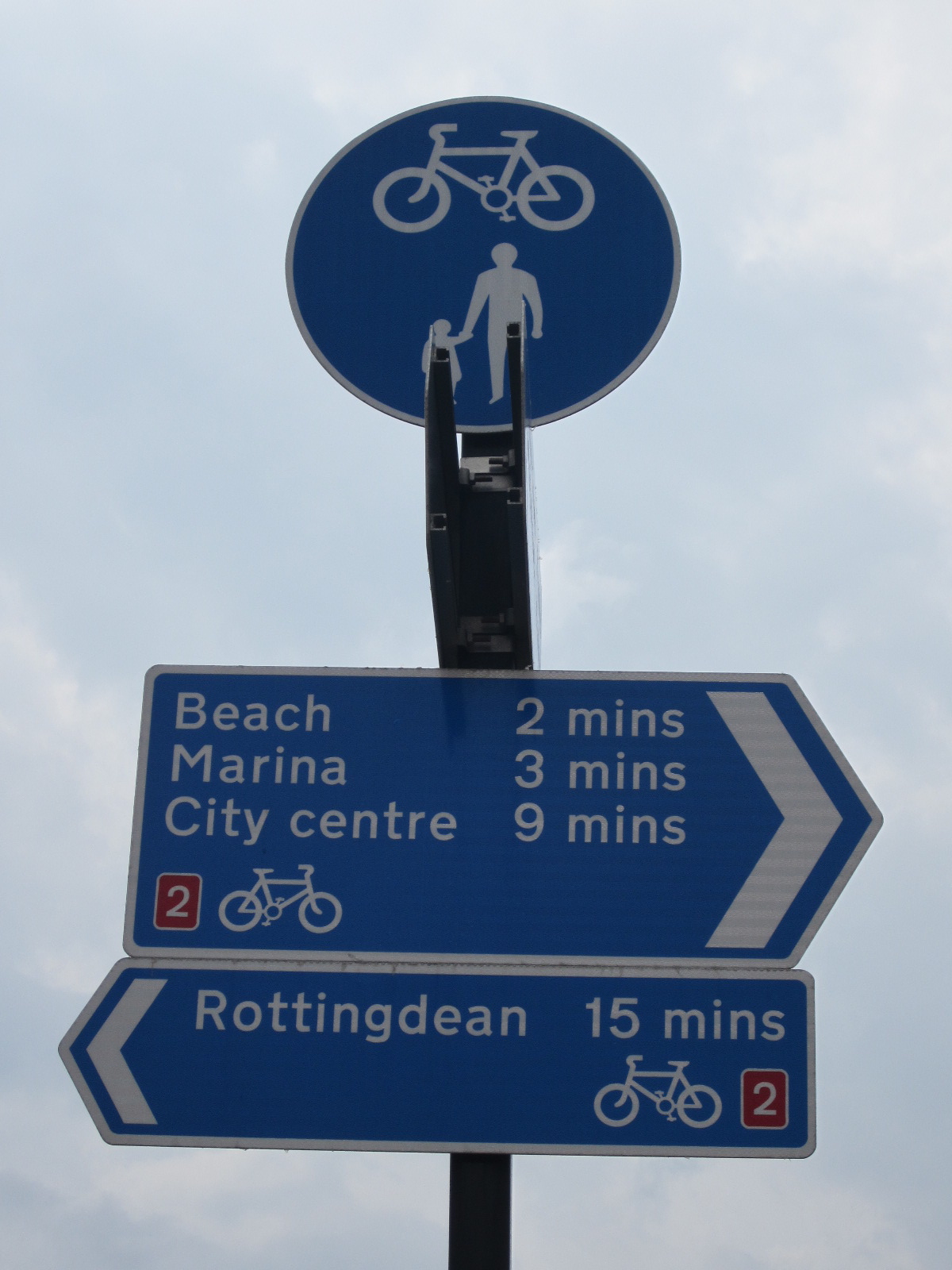 Instead of telling cyclists that they have 5 or 10 miles to their destination, these signs tell cyclists that it will take them approximately 2 minutes or 9 minutes or 15 minutes to reach their destination. The times are usually based on a speed of 10 miles per hour so a cyclists going from Downtown to Cheesman Park, a distance of approximately 2 miles, would see a sign telling them that Cheesman Park is 12 minutes away. This form of signage has several advantages over the milage signs currently used in Denver.

First and most importantly they dispel the myth that bicycling is slow. Approximately 40% of daily trips are less than 2 miles in length. So cyclists and, perhaps more importantly potential cyclists, who see the time-to-destination-based signs will realize that they can get to most of the places they need to go in less than 15 minutes by bicycle. This will encourage more people to try bicycles for short trips.

Second, in actuality, most cyclists travel faster than the 10 miles per hour on which the signs calculations are based. Thus, when actually taking the trips, many people will find that they arrive at their destination even sooner than the signs indicated. This has a positive mental impact on people who may conclude that bicycling is even faster and easier than they expected. 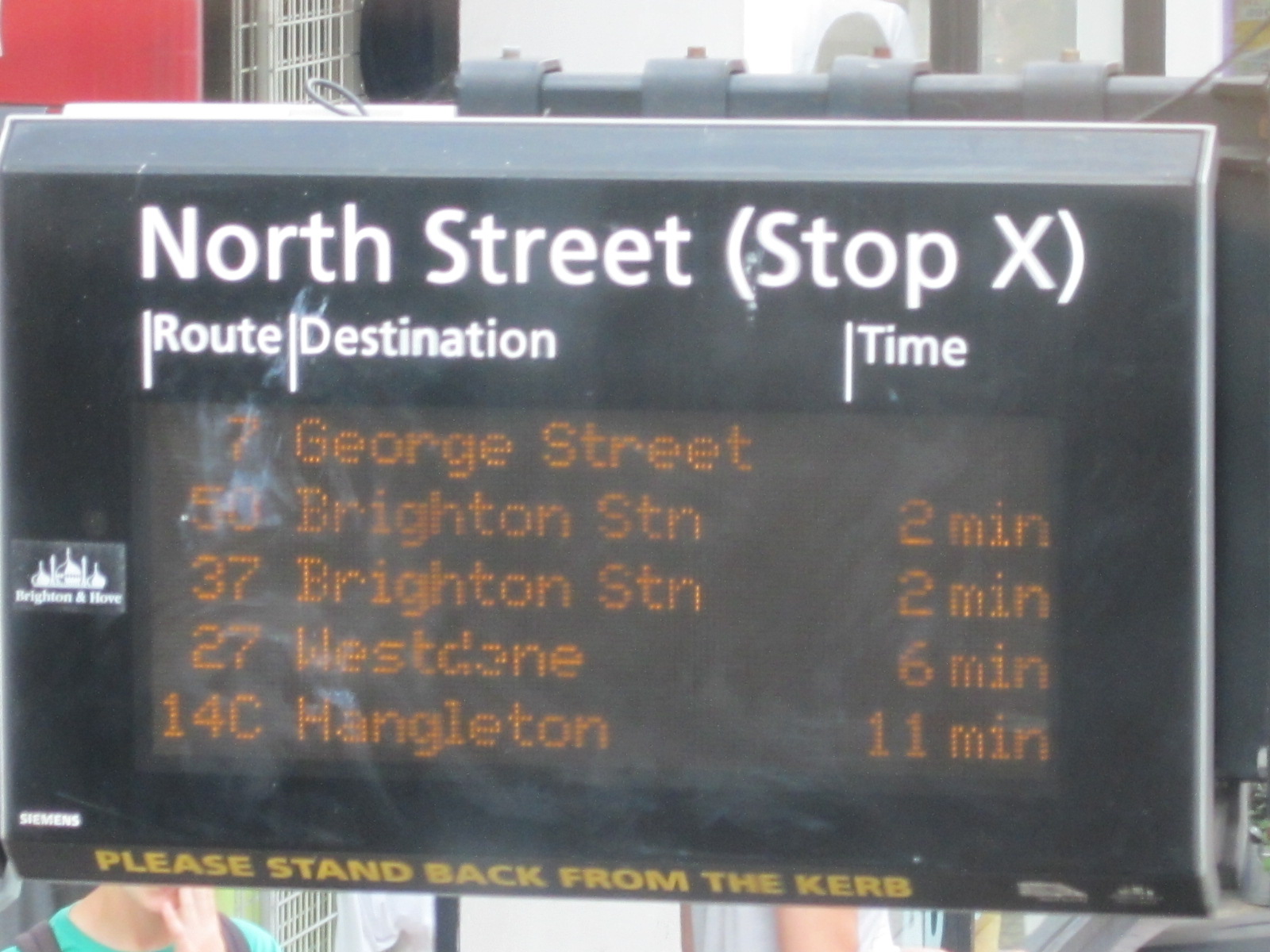 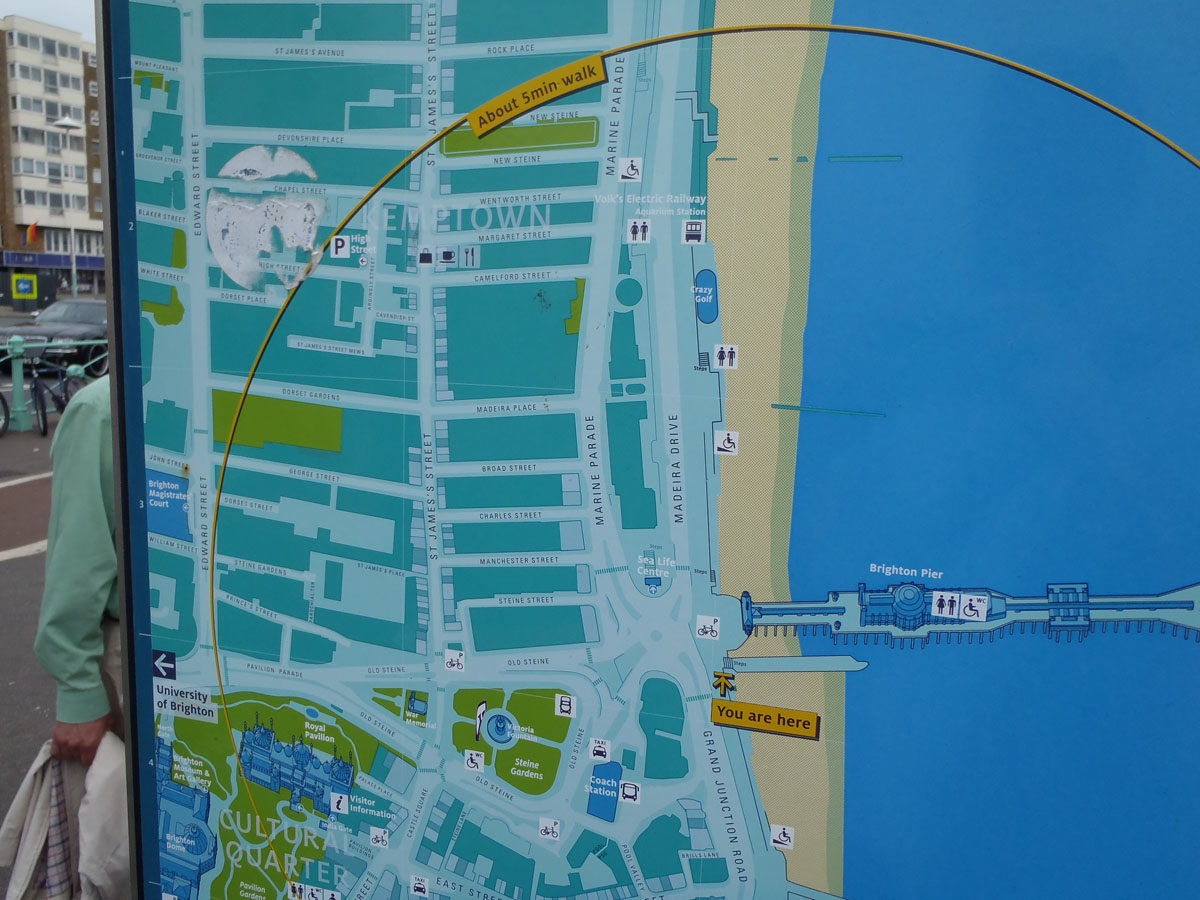 These time-based signs show just how easy and convenient it can be to take a bike, transit or simply walk to a destination. I find that bicycling Downtown from my home in Five Points is almost always faster than taking a car. The time spent parking and walking to destinations adds substantially to automobile trips. The time-based signs make the ease of using transit, walking and bicycling clear, and may encourage more people to give these modes a try.