Adaptive reuse plays a critical role in rebuilding established urban places. Not only does it creatively recycle resources, but it also preserves identity and historic value. Although Denver has a wealth of historic structures, the city has also lost a great deal of that stock. Unpopular viewpoints of preservation from decades past and urban renewal have both been significant players in the city’s transition. Therefore, I would like to direct my passion for the topics of adaptive reuse and cultural identity to DenverUrbanism as they relate to our city. In my first post, let’s take a look at East 17th Avenue in Uptown.

So think of Uptown—what is the first thing that comes to mind? Well, there is a very good chance you imagined a parking lot. In most cases, a corridor like East 17th Avenue would get denser and more active the closer one came to its center. However, an interesting realization hits when viewing an aerial map of the area. Both ends of the commercial corridor are more compact and structurally mature than the interior.

While infill would seem like the most practical solution to this surface Serengeti, one structure along the row holds incredible potential for breathing life back into one of the lifeless blocks under scrutiny. That building is the previous site of “Preferred Transportation Limousine Service”. 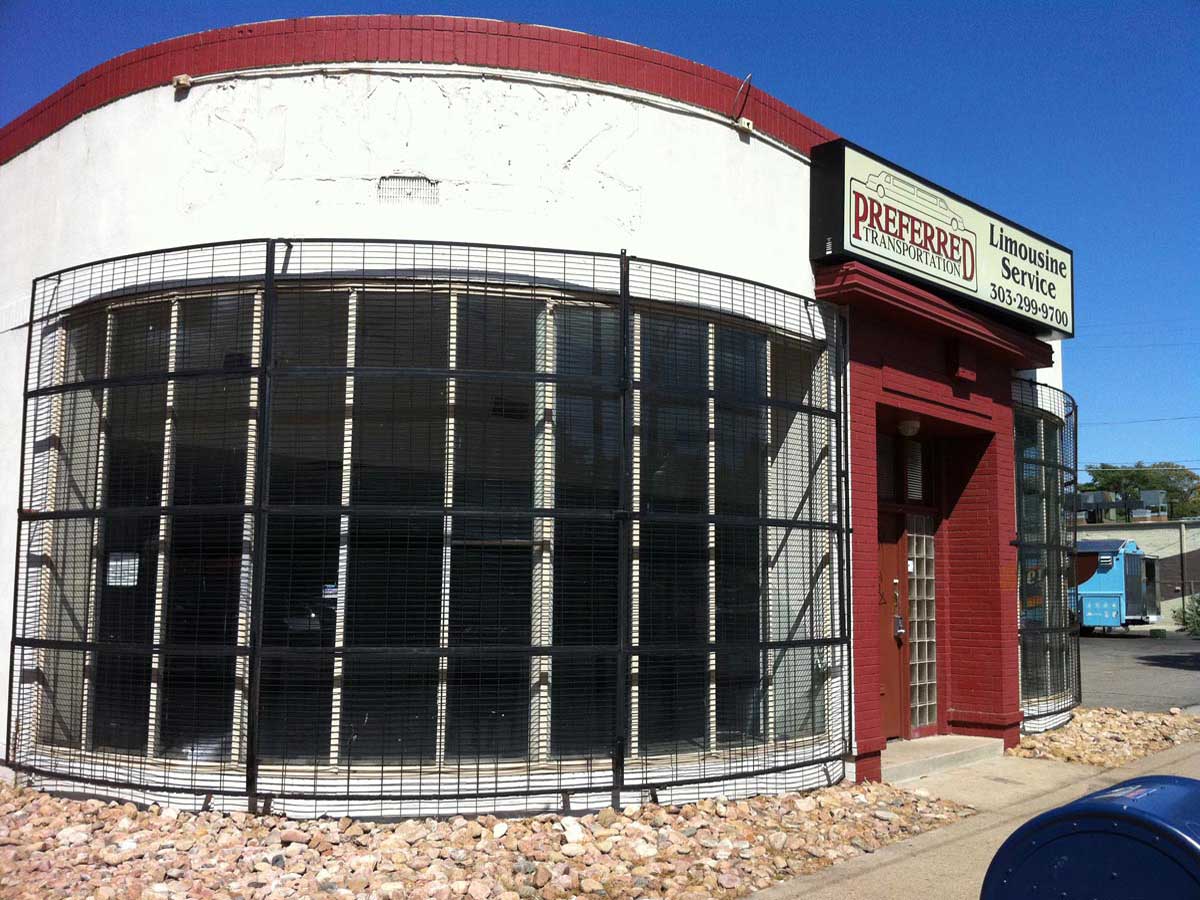 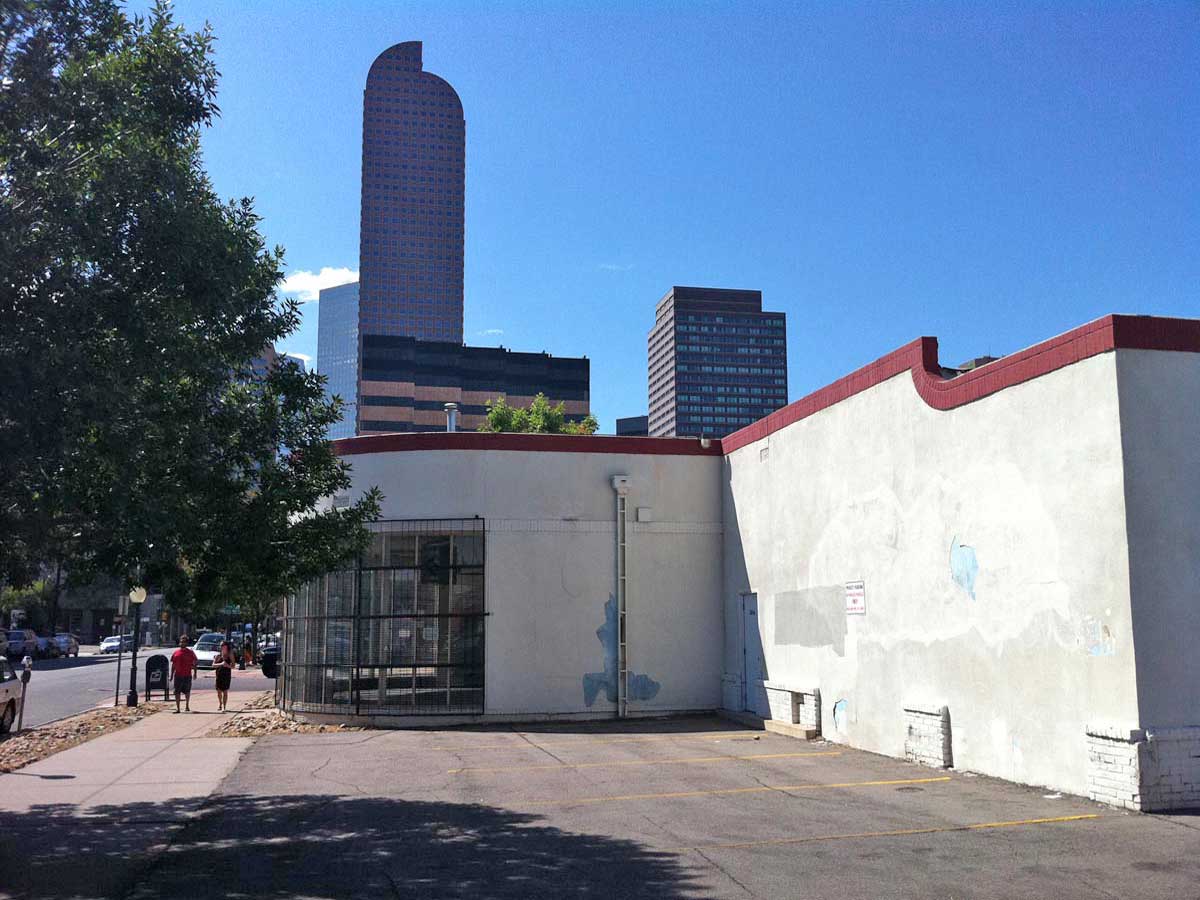 Not only does this site have the bare bones of a fantastic adaptive reuse project, but it is also in an ideal location to fill a gap which currently leaves the district fragmented. The open lot to the side of the entrance is prime space for café-style dining and, paired with the inviting curved glass face of the building, this site would program even more energy into the pedestrian experience in Uptown. Currently, a deadzone exists between Park + Co. and Steuben’s, but this site holds the prospect of creating uninterrupted café-culture along the stretch.

Although this building is one example of redevelopment potential for Uptown, it speaks to a larger point. When we consider the evolution of our neighborhoods, it is important to invest in development that meets multiple needs. Improving the pedestrian experience, creating a place that has a pulse, and considering how that place will inspire the contextual areas surrounding it are a few examples. Uptown still has a lot of growth to endure, but not everything has to be shiny and new. Character and originality still remain in structures that go underutilized. It’s just up to developers and residents to see the value of repurposing those assets.

Derek Berardi is a resident in Downtown Denver.  He graduated in 2009 from the University of Cincinnati with a Bachelor’s Degree in Urban Planning/Design.  Derek has worked with Calthorpe Associates in Berkeley, CA, Perkins Eastman in New York City, and has worked for several government municipalities.  At DenverUrbanism, Derek’s writing will cover the topics of adaptive reuse and cultural identity.