Whether they will be walking or biking to light rail, almost all Denver Union Station customers will have to use multiple forms of transit to complete their trips through DUS.  Thus, if the station is going to work for all users, transit facilities for multiple modes must be strong.

The bicycle link in this transit chain is growing all the time.  With a stated goal of reaching 10% commuter mode share by 2018 for bicycles, Denver is working hard to improve bicycle facilities throughout the city.  As Union Station is the jewel in the FasTracks system, so should it be the jewel of Denver’s new bicycle network, a network outlined in the new DenverMoves plan.  Thousands of people on bikes will travel through Union Station each day and their experience in and around the facilities will help determine whether Union Station is a success.

Below is the recently released Union Station bicycle facilities map which includes some innovative facilities and treatments that will go a long way toward making Union Station user friendly for people traveling by bicycle. 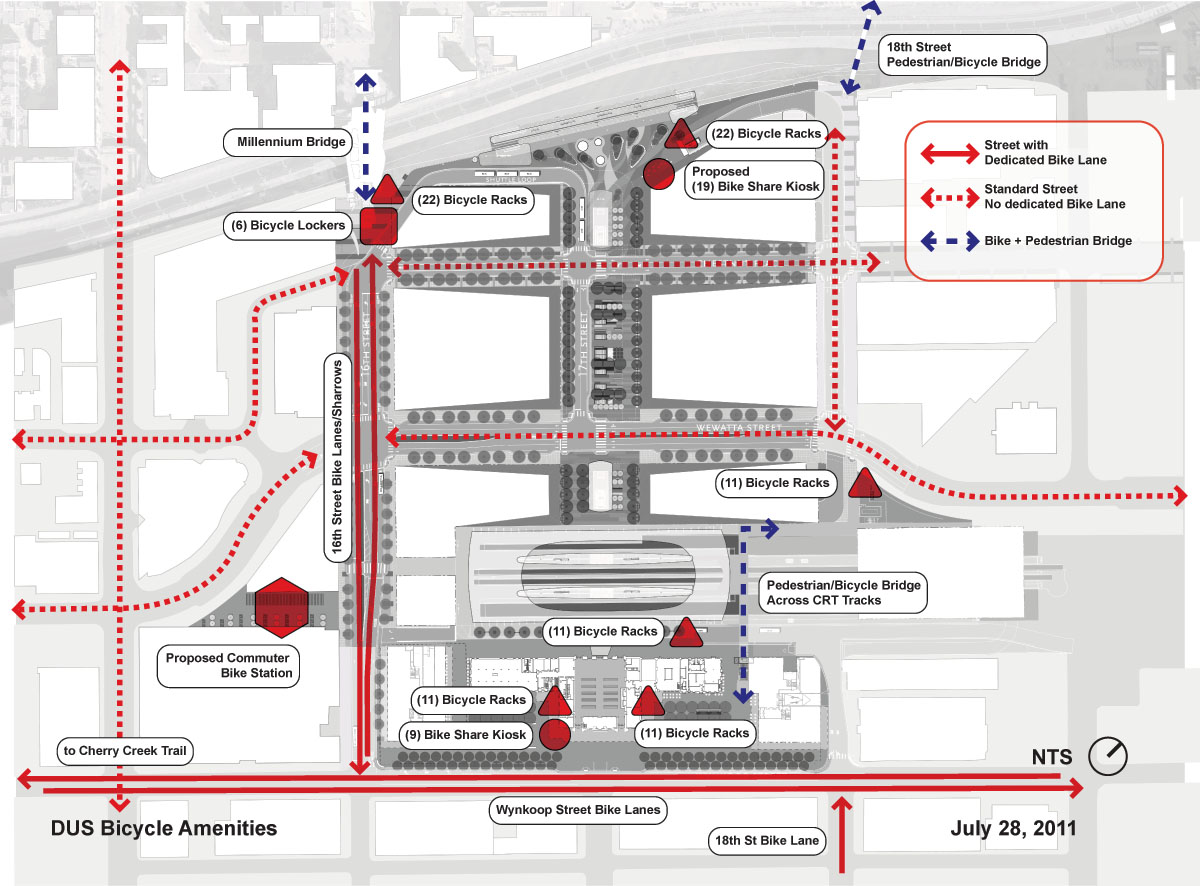 Key components of the plan include:

Left: photo of the proposed site for Denver’s Bicycle Commuter Facility next to the EPA building on 16th street. Right: photo of the McDonald’s Bicycle Center in Chicago’s Millenium Park, one of the best commuter bicycle facilities in the country. 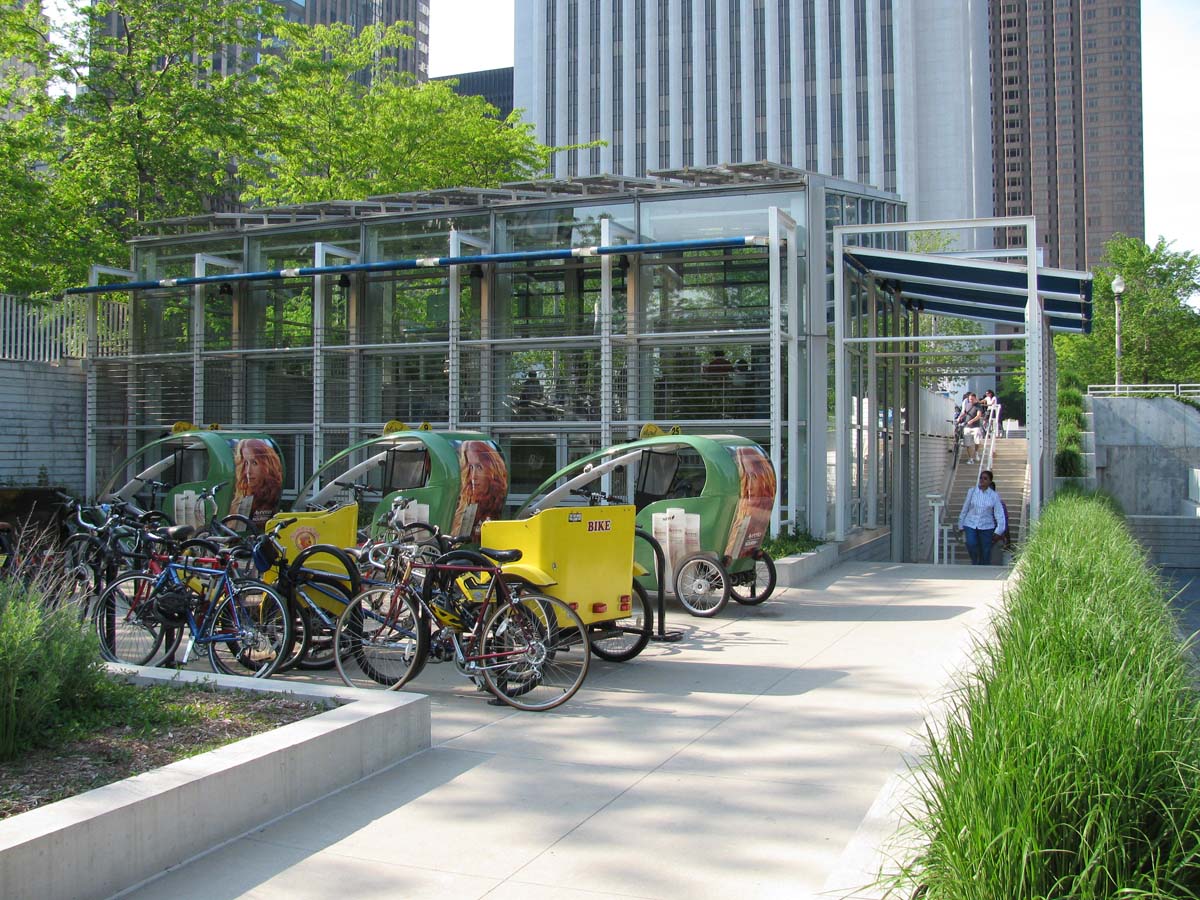 Missing from the plan, but hopefully included in the final design are:

Overall the plan is very good and on the right track.  I hope that with continued discussion and public input the plan can get even better.

John W. Hayden is a Colorado native whose passion lies in building healthy communities.  As a realtor at Kentwood City Properties with 12 years experience, John has learned a great deal about what draws people to particular communities and why some neighborhoods / cities prosper while others seem to stagnate. A resident and community activist in Curtis Park just North of Downtown Denver, John is committed to making Denver a healthy, attractive place for all its residents. Building a safe, well connected bicycle network is key to achieving this goal. John is the chair of the Mayor’s Bicycle Advisory Committee, a board member of BikeDenver, and is currently working on a masters degree in Urban Planning at the University of Colorado, Denver.