RTD will be temporarily closing C & E line light rail service for the next month between the 10/Osage Station and Denver Union Station starting THIS SATURDAY, July 23. These closures will be in place until Sunday, August 14. There will be some major changes once rail operations return to normal in mid-August.

First, a new Auraria West station will open on the west side of 5th Street replacing the station on the east side that opened originally with the Central Platte Valley (CPV) Spur in 2002. This relocation was necessary to allow West Corridor trains to access Denver Union Station. It’s a move of only a few hundred feet and 5th Street is a quiet street, so it shouldn’t be a big deal to those using the station to access the Auraria Campus.

Secondly, the new light rail and mall shuttle stations at Denver Union Station will open in mid-August, serving as the first major components of the $500 million project to be open to the public. The new station is located just north and east of the Millennium Bridge along the Consolidated Mainline (CML) tracks on the 17th Street alignment. The mall shuttle turn around will be located at the southwestern end of the new light rail platform. Both of these stations will open on August 14. Below are some pictures I snagged a few weeks back on a construction tour. More info on all of the construction at Denver Union Station can be found in Rick’s posts at the DenverInfill Blog – he’s done a great job keeping us all up to date on what’s been going on down there. 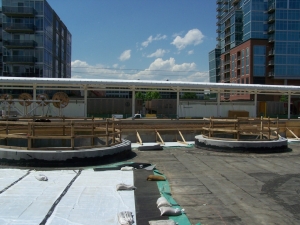 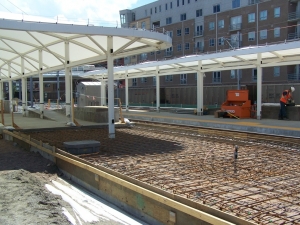 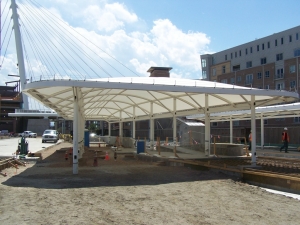 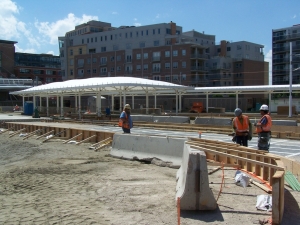 Obviously, this acts as a major pain for those trying to access LODO, Coors Field, and the Auraria Campus. Riders have a few options to access those areas. For those electing to take a train, take D, F, or H line light rail to 16th/California and grab a mall shuttle to get around downtown. For those heading to the Auraria Campus, jump off at the Colfax at Auraria Station and backtrack across campus. For those who want to ride the bus, RTD will be operating bus service to all closed stations in both directions from 10/Osage and Denver Union Station. The stations will be closed, but you can still access those areas. The map below shows RTD’s plan for the bus bridge between these two stations. More information about the closure and bus bridge operations can be found on RTD’s website. 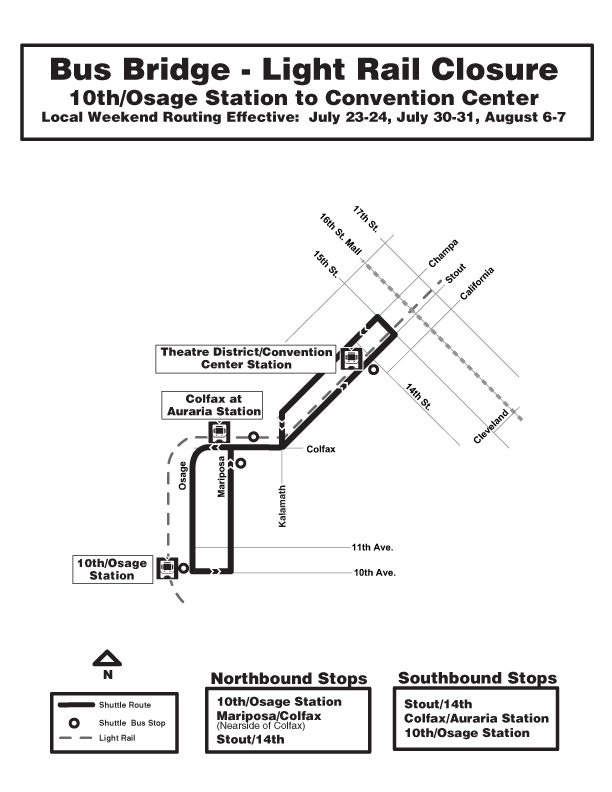 As a further inconvenience, weekend service will not be available of the D and H light rail lines between 10/Osage and the Theatre District/Convention Center Stations during the closure as well so crews can work on upgrading the overhead catenary (power) system. Riders will need to deboard at 10/Osage and jump on a bus to access downtown. The map below shows RTD’s bus bridge plans. 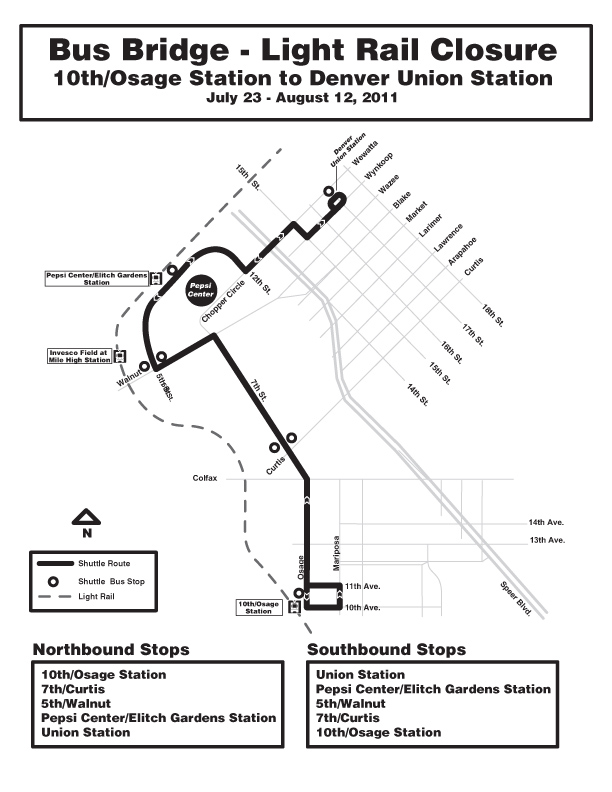 There’s no doubt that the next month or so may be a pain to access downtown through light rail, but after August 14, we will have two realigned stations and be closer to seeing both the West Corridor and Denver Union Station projects come to life.

And one last Denver Union Station picture I thought turned out really well – just for fun. 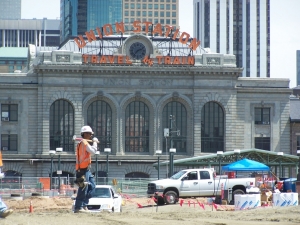