If you haven’t taken a ride down Champa Street this year, you are missing the beginning of something great for people on bikes in Denver. Late last year, after a visit to view New York’s bicycle improvements, Denver Public Works installed the first buffered bike lane in Downtown Denver from 18th Street to Cherry Creek on Champa.

Image below shows installation of Denver’s first buffered bike lane, Fall 2010. Note the cyclist, unsure how to use new markings, is riding in buffer zone rather than bike lane. Over the past 10 months most cyclists have figured out how to use the buffered lane. 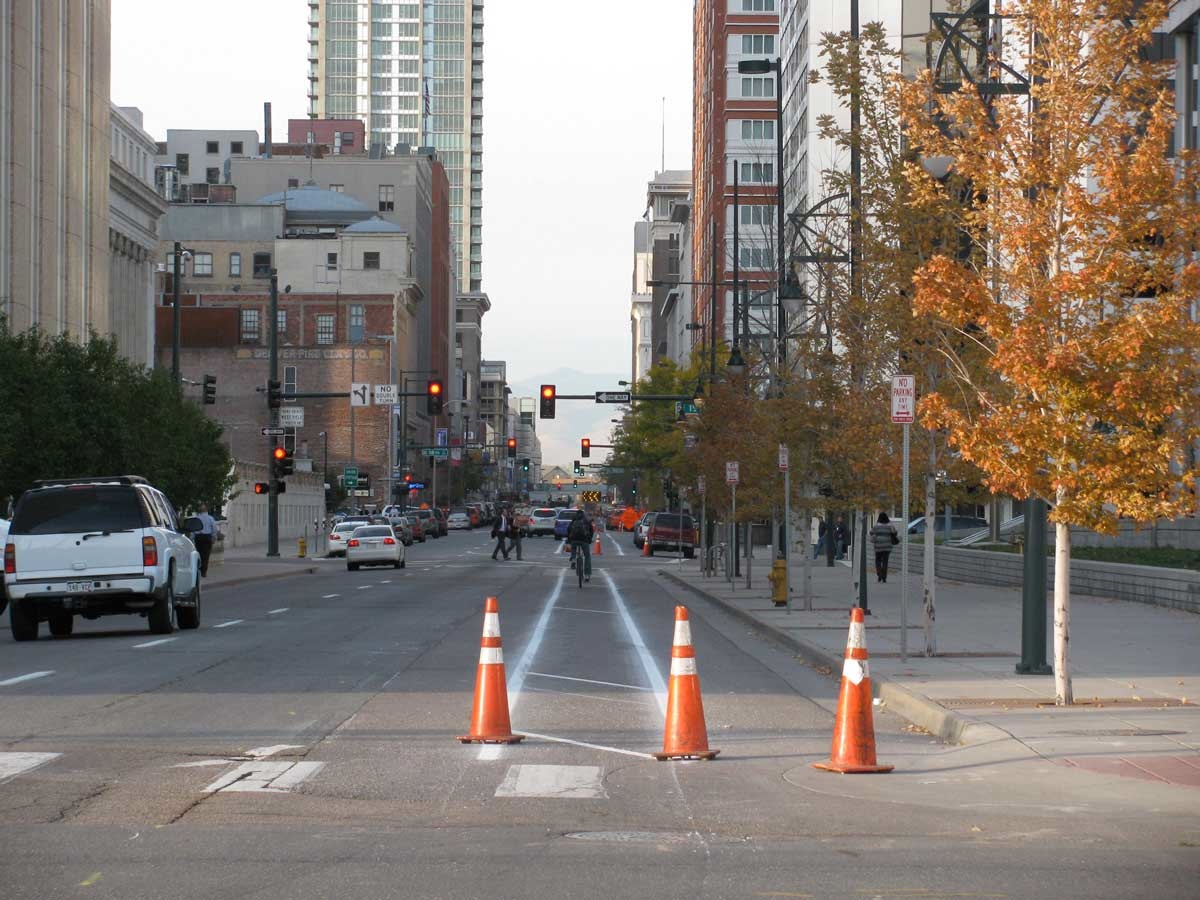 The idea of a buffered bike lane is to provide an additional degree of separation between the cyclists and motor vehicles. The added buffer creates a greater feeling of safety for cyclists, thus attracting more people on bikes than an ordinary on street route or a simple bike lane.

Image below shows the New York City buffered bike lane that inspired the Champa Street buffered bike lane. Note that in New York cars park on the outside of the buffer. This provides additional separation from moving traffic and the buffer protects cyclists from getting caught in the “Door Zone” of parked cars. 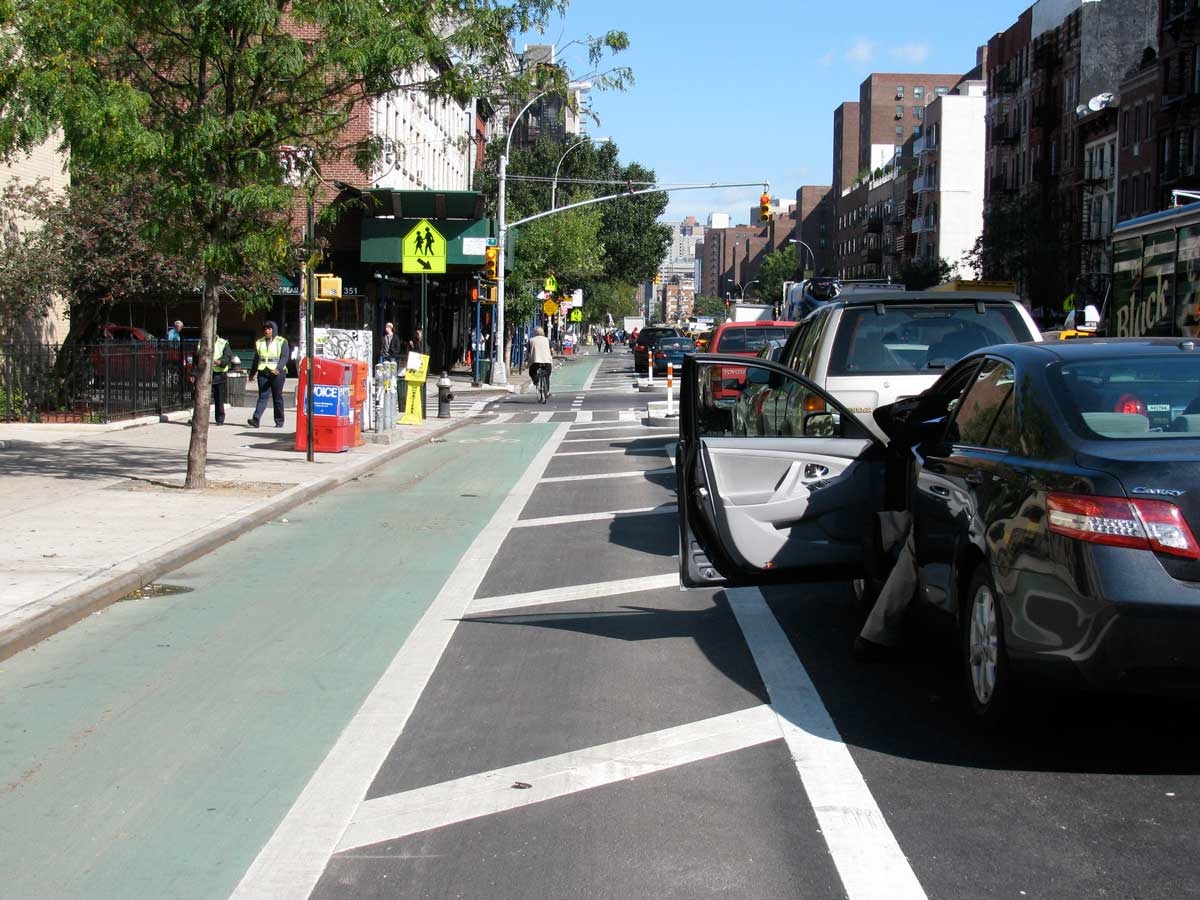 In New York the implementation of these types of facilities resulted in greater bicycle traffic and lower bicycle accident rates; a fact borne out by a study published earlier this year in the Journal of Injury Prevention. Harvard researcher Anne Lusk found that people traveling on separated bike facilities, such as the Champa buffered bike lane, had a 28% lower risk of injury than those traveling on regular on street routes. In addition, the study found that separated bike lanes attracted 2.5 times more users than on street routes.

In Denver we have begun to see the results of the improved infrastructure. Each morning a steady stream of business clad bicycle riders pedal their way down Champa Street into Downtown on the new facility. Reaching all the way from Stapleton to the Cherry Creek trail, the MLK/Champa bike corridor serves as a great start for connectivity from North East Denver to Downtown Denver.

Still there are missing links that hopefully can be improved over time. Sections of the corridor from York to Downing have only sharrows, which do little to make cyclists and motorists feel safe sharing the road and on the West end of the corridor the buffered bike lane ends at the Cherry Creek trail when just a few more blocks of pavement marking would have connected the route to the Lincoln Park neighborhoods bike lanes on Mariposa, providing badly needed access to the Santa Fe Arts District. Hopefully these connections will be made in the not too distant future.

John W. Hayden is a Colorado native whose passion lies in building healthy communities.  As a realtor at Kentwood City Properties with 12 years experience, John has learned a great deal about what draws people to particular communities and why some neighborhoods / cities prosper while others seem to stagnate. A resident and community activist in Curtis Park just North of Downtown Denver, John is committed to making Denver a healthy, attractive place for all its residents. Building a safe, well connected bicycle network is key to achieving this goal. John is the chair of the Mayor’s Bicycle Advisory Committee, a board member of BikeDenver, and is currently working on a masters degree in Urban Planning at the University of Colorado, Denver.