It’s now even easier to get around the Union Station district in Downtown Denver.

The long-planned mall shuttle stop near 16th Street and Wewatta aligned with the commuter rail platforms has opened. New MallRide signs were just installed and the shuttles are now stopping at this location. 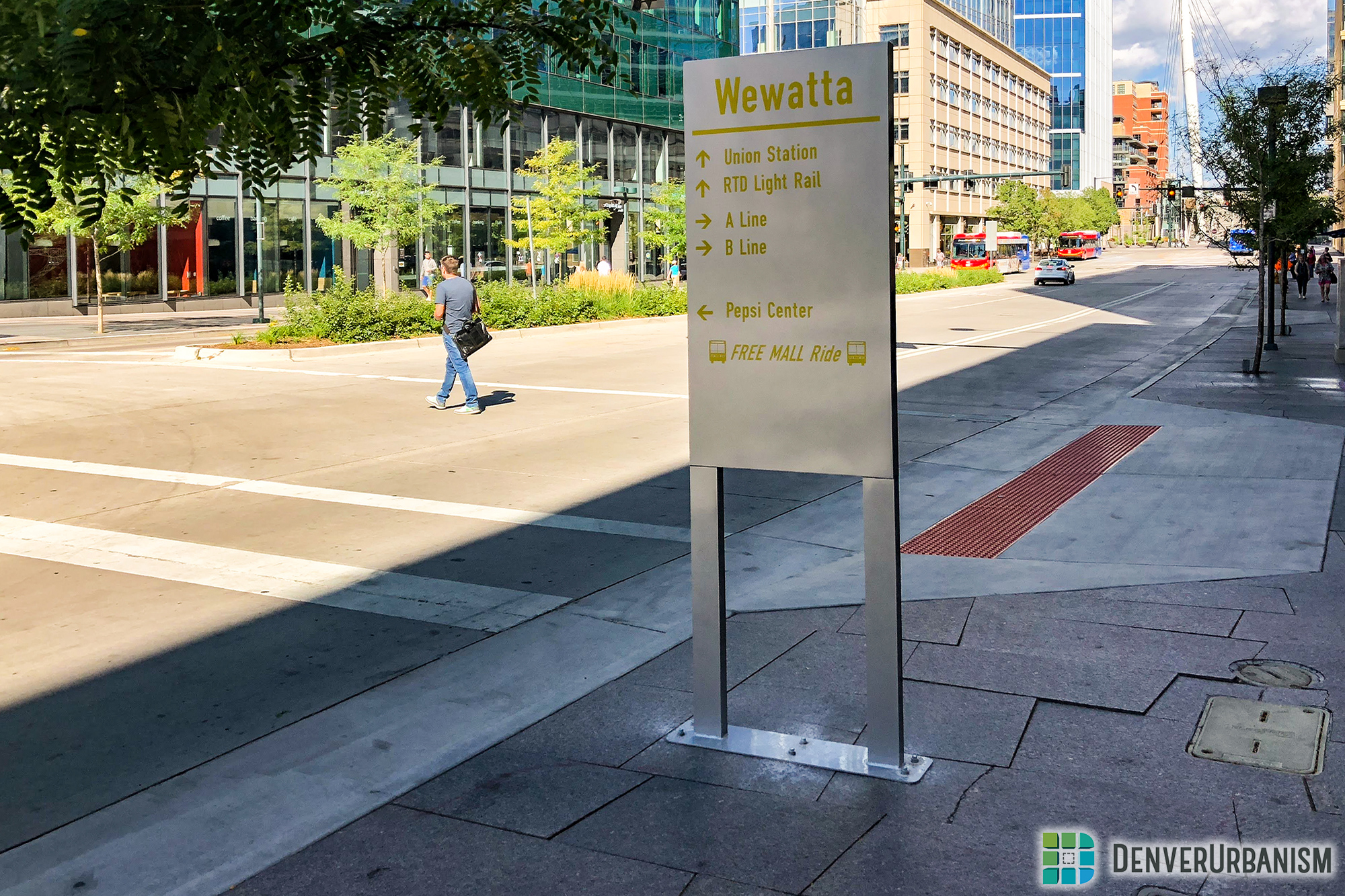 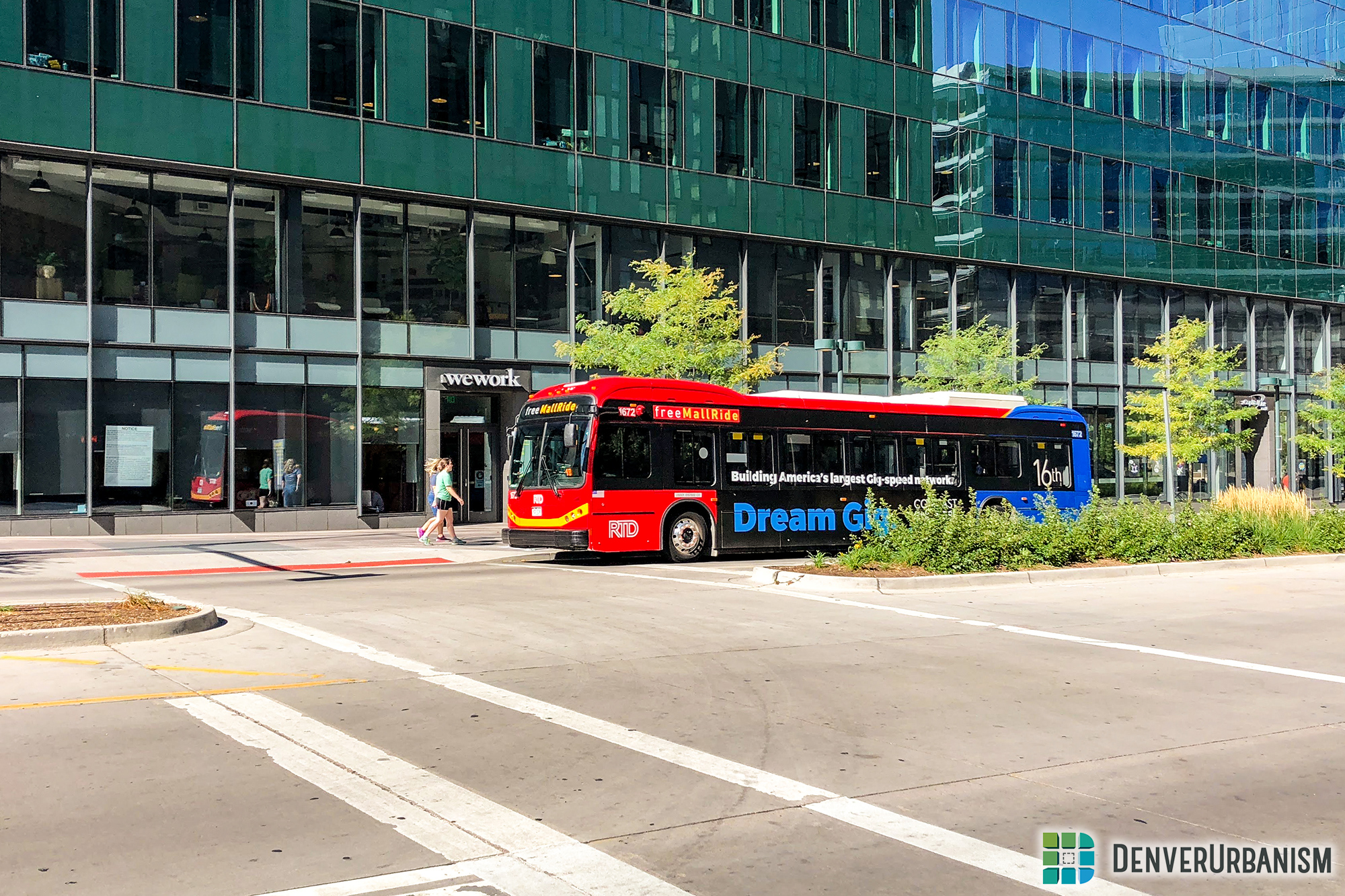 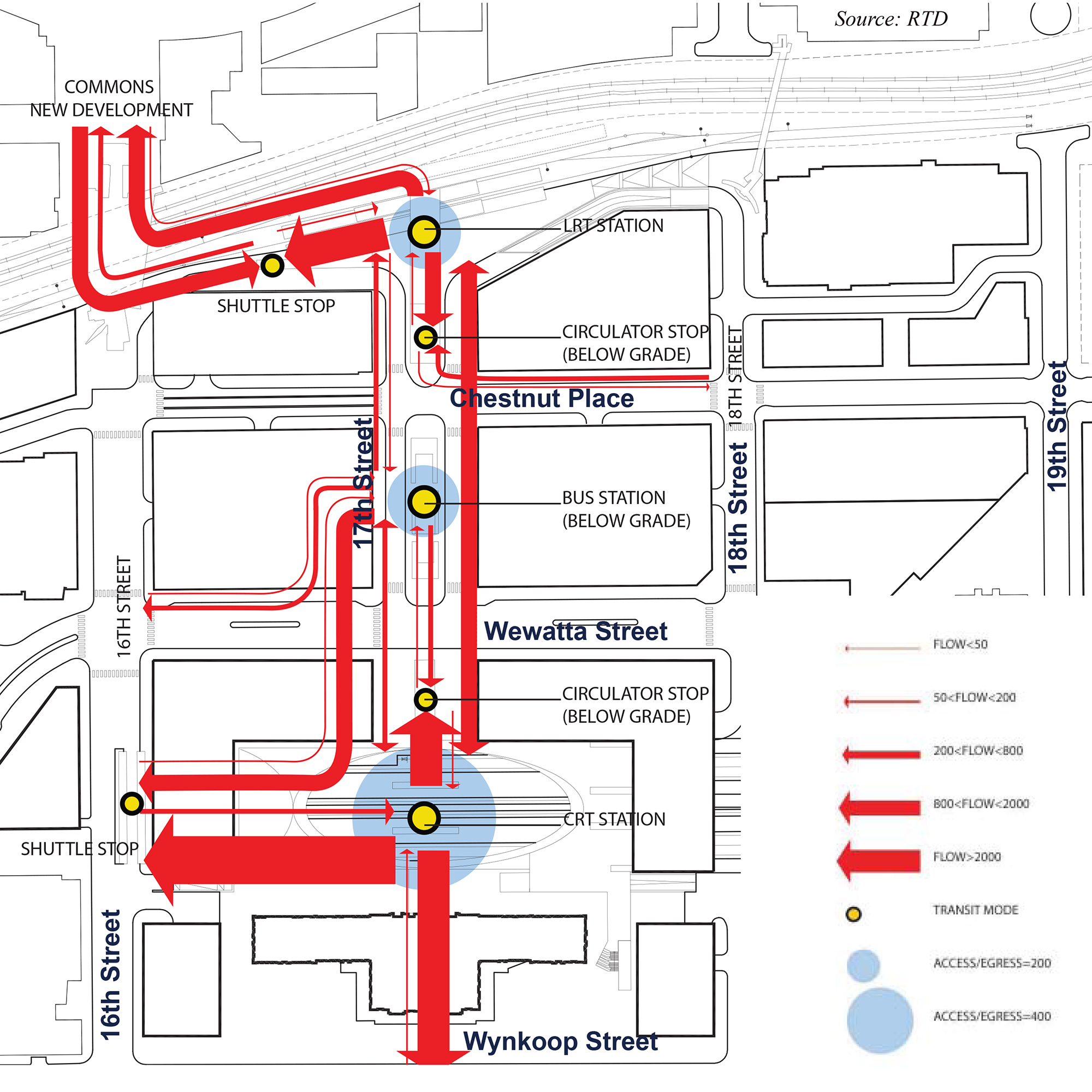 The new mall shuttle stop is directly in line with the center of the commuter rail platforms behind the historic station. A pedestrian passageway between the Hotel Born and the Continuum Building and a wide pedestrian-activated signalized crosswalk on 16th Street allow pedestrians to move directly between the 16th Street Mall and commuter trains. 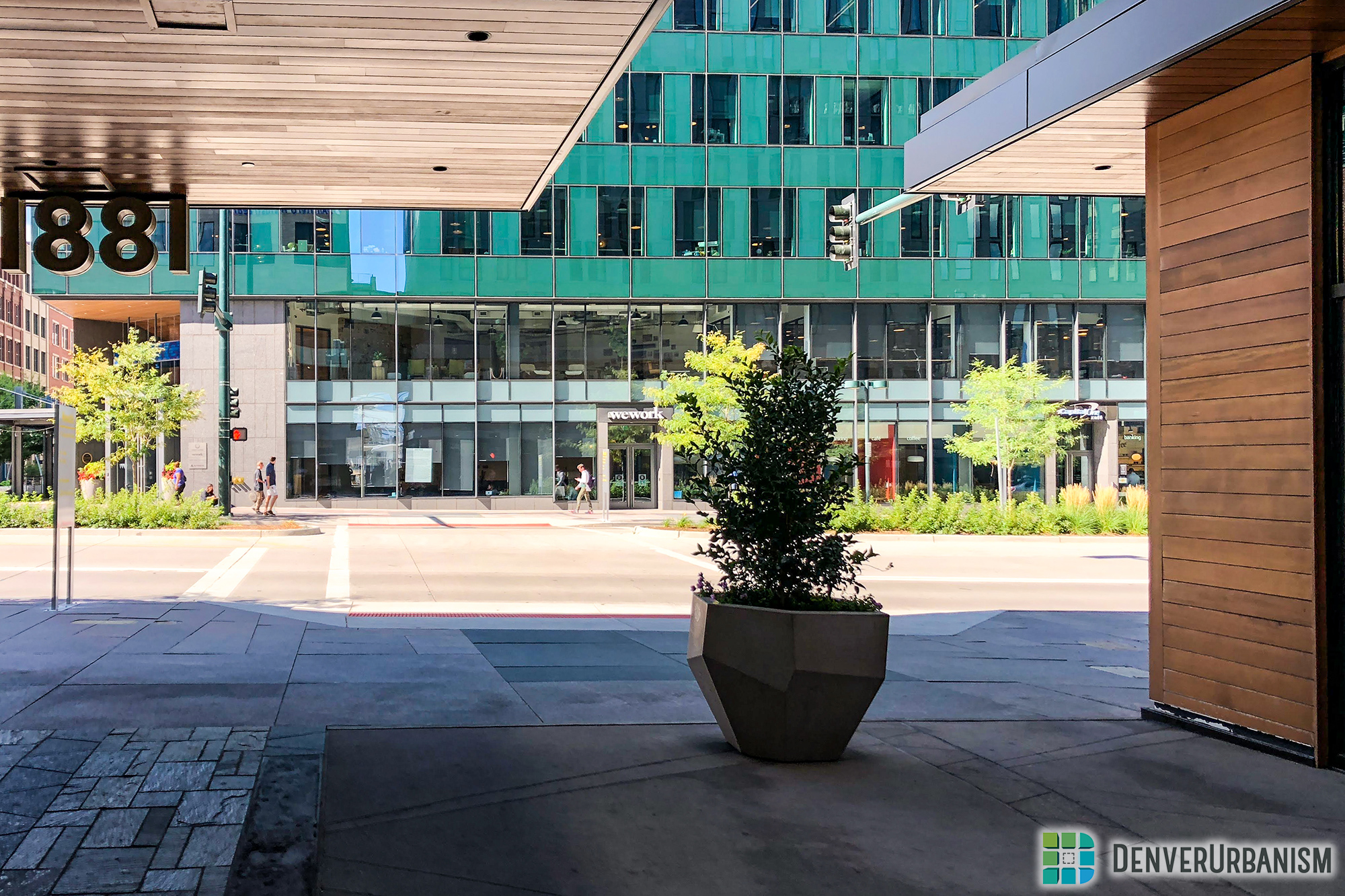 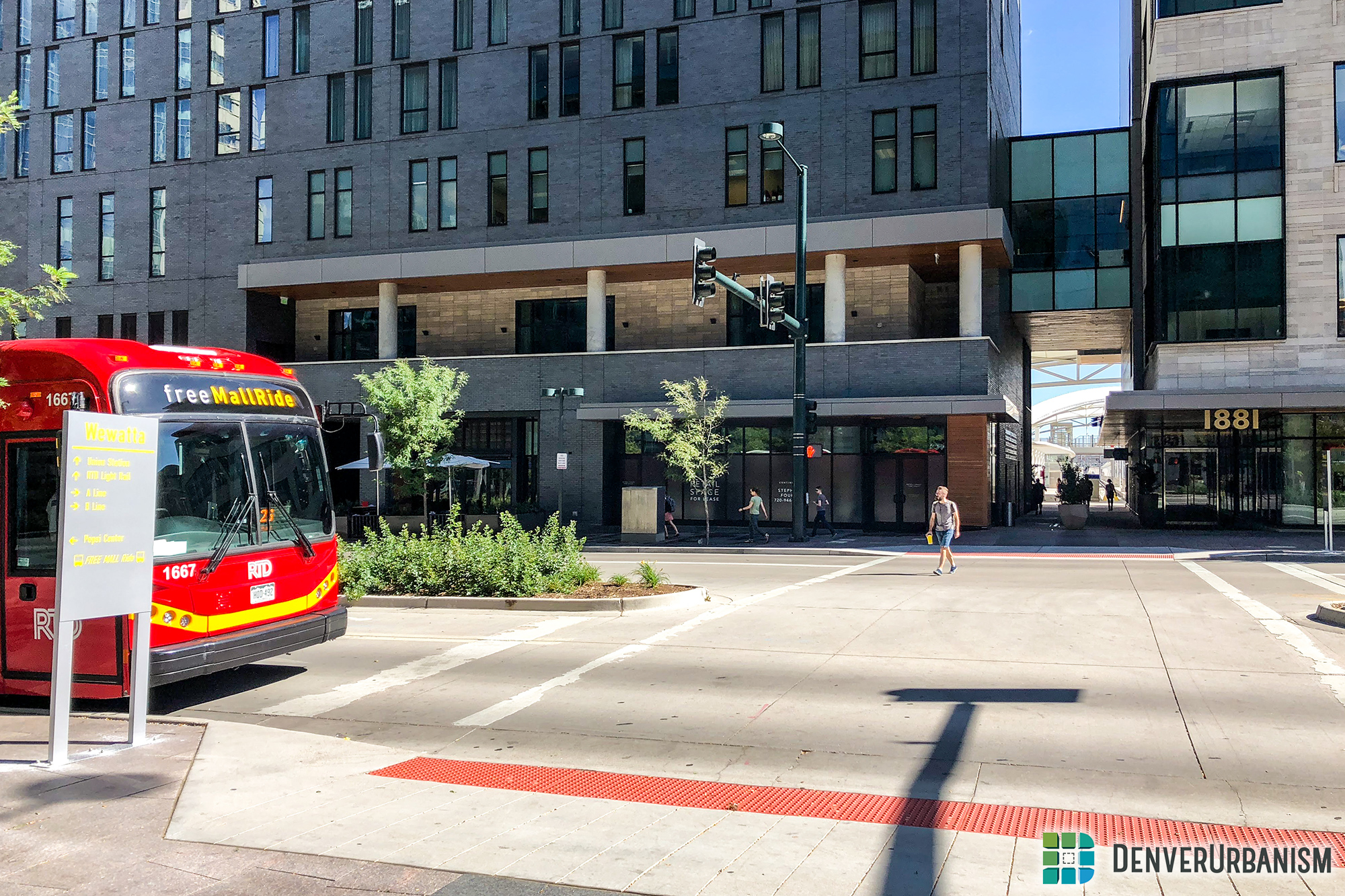 This new stop also shortens what was a considerable distance between the last two stops along the Mall’s northern end. Prior to this stop’s opening, the distance between the Wynkoop Street stop and the end-of-the-line stop by the light rail platforms was 1,600 feet. The distance between mall shuttle stops throughout the rest of downtown is about 350 feet. This new Wewatta stop is 450 feet from the Wynkoop stop and about 1,150 feet to the Chestnut Pavilion. Even though the transit infrastructure in the Union Station Transit District opened in 2014, implementation of this new stop took a while due to all of the construction in the area.

The new Wewatta MallRide stop is great news for Denver pedestrians and transit users, making the Union Station area even more accessible and convenient to everyone.