At the Community Workshop #2 held yesterday, the city revealed their recommended redesign for the Broadway/Lincoln corridor.

The highlights: a two-way parking-protected cycle track for Broadway and a dedicated transit lane on Lincoln. 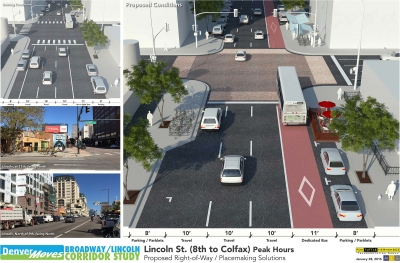 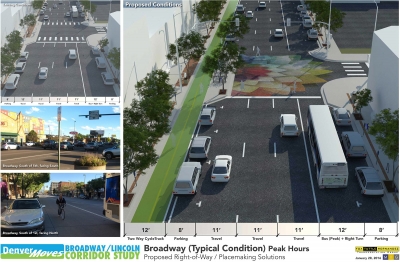 For complete details, please visit the DenverMoves-Broadway Community Workshop #2 page as well as the review and analysis by David Sachs at Streetsblog Denver.

Denver is heading in the right direction with these recommended changes by utilizing a portion of the public right-of-way for people who move about the city by means other than the automobile.