Recently I was able to get a peek inside the former Denver Public Schools Administrative Building at the corner of 14th Street and Tremont in the Central Business District. 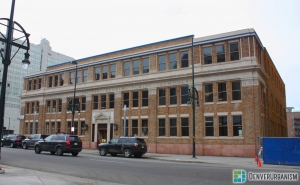 This gorgeous building, now known as 414 14th Street on the Ambassador, was originally erected in 1923 for the Denver Public School system and housed their offices until the 1970’s. It was added to the City and County of Denver’s list of historic landmark buildings in 1994. Most recently, it served as offices for the Denver Art Museum.

The Downtown Denver Partnership has designated the 14th Street corridor the “Ambassador Street” because of its proximity to sites popular for out-of-towners, such as the Colorado Convention Center and the Performing Arts Complex. The building’s prime central location on the Ambassador Street, along with its historic importance, caught the eye of owners Dunkeld-14-LLC (a partnership that includes principals from Hyder Construction). They closed on 414 14th in 2013 and with the help of DURA financing, they are in the midst of performing an impressive renovation.

Redeveloped on spec, Dunkeld-14 is now seeking tenants through Pinnacle Real Estate Advisors to fill this 43,000 square foot office space. Tenants could potentially lease the entire building, or subdivide the three floors into multiple offices. Though many of the original building’s details are being restored (like the stairwell and hallway pictured below) each lessee will have the rare opportunity to select their own finishes. 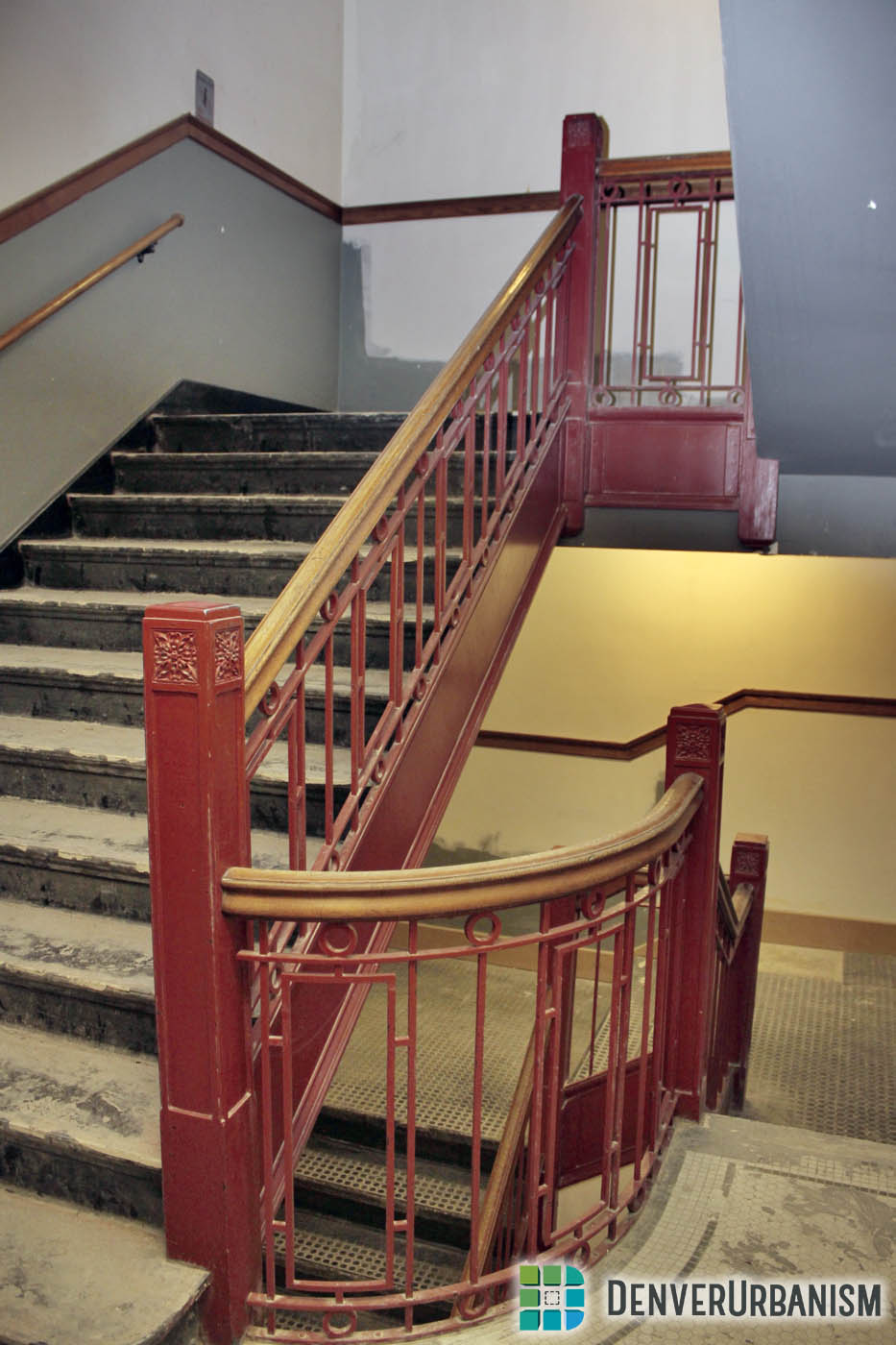 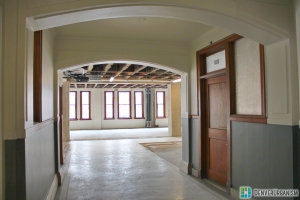 Though the owners are not currently seeking LEED certification, the building is being adapted to meet LEED-Silver standards. Negotiations with Xcel Energy have resulted in a brand new electrical system, with a state-of-the-art transformer vault installed at the rear of the building. High speed fiber-optic cable was added, and the interior features a brand new variable refrigerant flow (VRF) HVAC system that offers up to 35% in energy savings because of its ability to allow for zoned thermal control in large spaces. 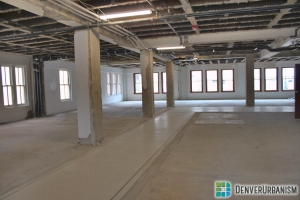 All of the 150-some original windows were sent out of state to be professionally insulated and glazed, preserving the original character of the building while bringing it up to today’s energy-efficient standards. Lower level bike storage and shower rooms will cater to the cyclists in the city, while 42 dedicated parking spaces at the rear of the building are an undeniable bonus for potential tenants.

The 3-story building was originally shaped like a U, with the open space facing the rear. Dunkeld-14 has added an impressive secondary entry alcove to this space that adds over 6,000 square feet to the original building footprint. 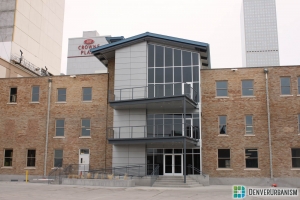 With its unique blend of modern technological improvements and historic 1920’s charm, 414 14th is sure to be snapped up soon. We’ll check back in for an update when the renovation is complete.

Thanks to Jeff Caldwell at Pinnacle Real Estate Advisors for the tour!