This past Sunday, November 2, Denver Public Works completed the conversion of 18th Street between Wynkoop and Blake Street in Lower Downtown to a two-way street.

The conversion of these two blocks from one-way to two-way traffic is an important step in helping make Lower Downtown into an even more pedestrian-friendly district. One-way streets exist primarily as a way of maximizing the movement of vehicles through an area, but they also force people to have to drive farther to get where they are going and they also encourage people to drive at faster speeds. One-way streets certainly have their place in the city, but speeding vehicles pose a threat to pedestrians and bicyclists; consequently, one-way streets are not desired in pedestrian-focused areas like around Denver Union Station. As evidence, simply compare your experience as a pedestrian along slower-speed, two-way Wynkoop Street versus the faster-speed, one-way Blake Street.

The 2000 Lower Downtown Neighborhood Plan identified 18th Street between Wynkoop and Blake as one of several one-way streets in LoDo to be converted to two-way. Others included Wazee Street between 15th and 20th, converted a few years ago, which has greatly improved Wazee as a pedestrian-friendly street.

Here are a few photo (courtesy Ryan Dravitz) of the newly-converted 18th Street on Sunday afternoon shortly after the conversion work was complete: 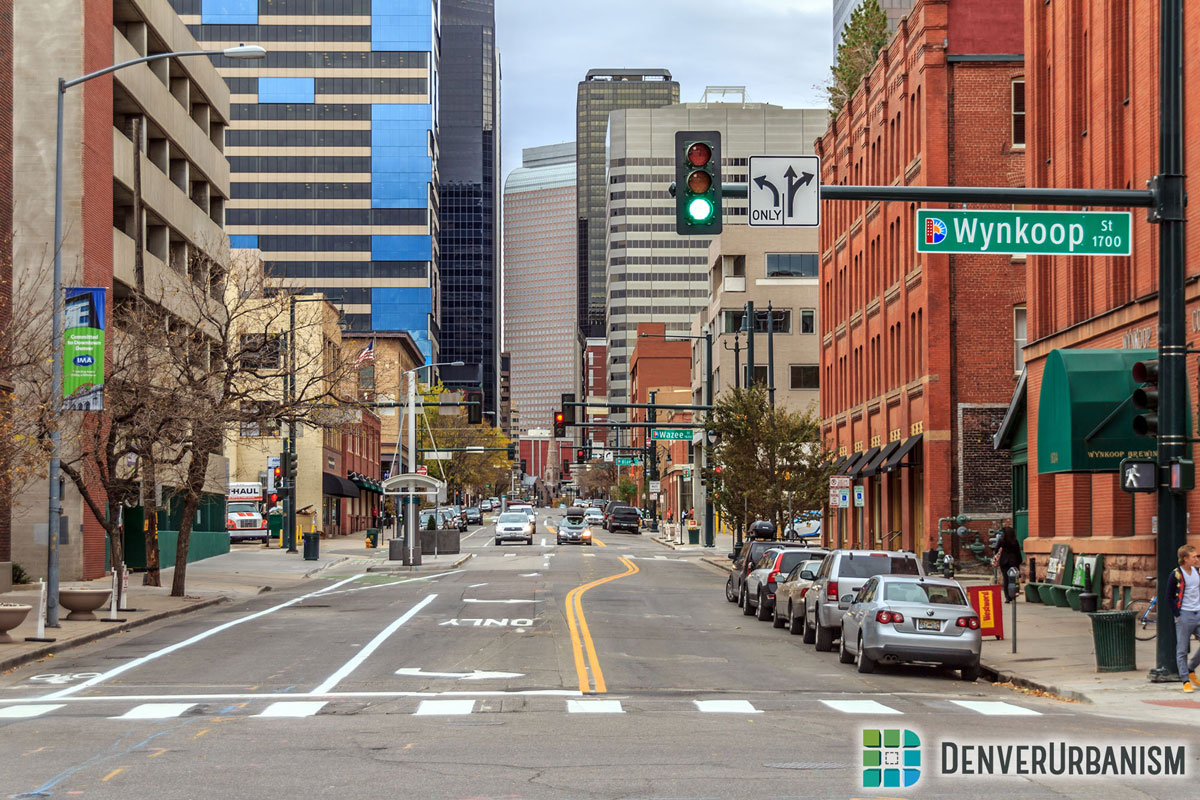 View from Blake looking northwest toward the Union Station area: 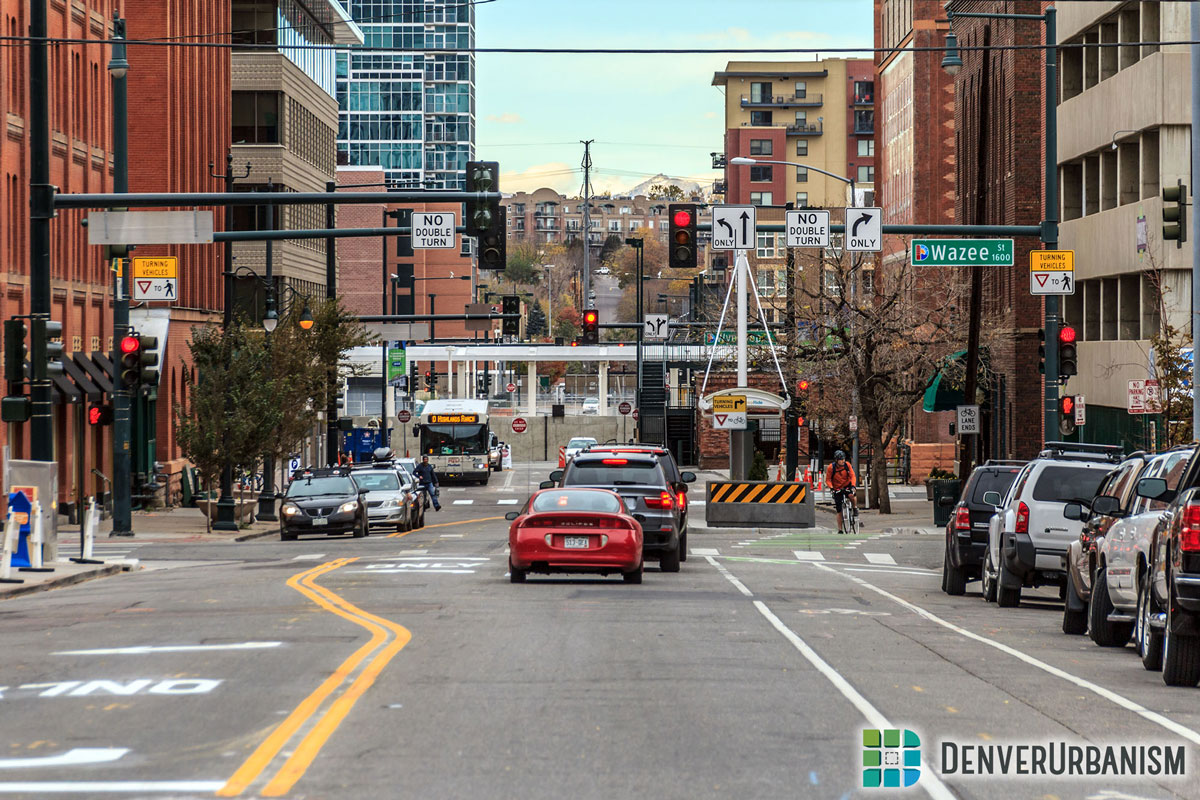 View from Wynkoop Plaza of the 18th and Wynkoop intersection: 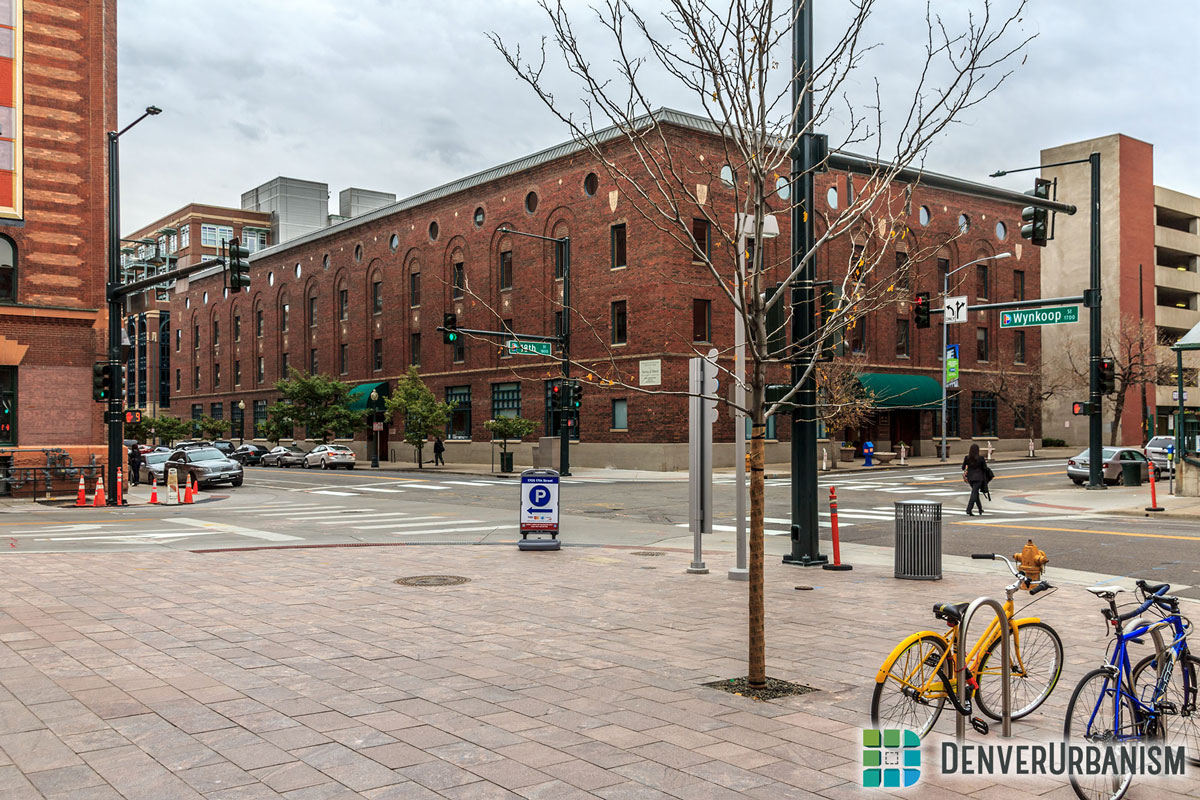 Overview of the two-blocks of 18th Street between Wynkoop and Blake with the integrated bicycle lane and MetroRide station. 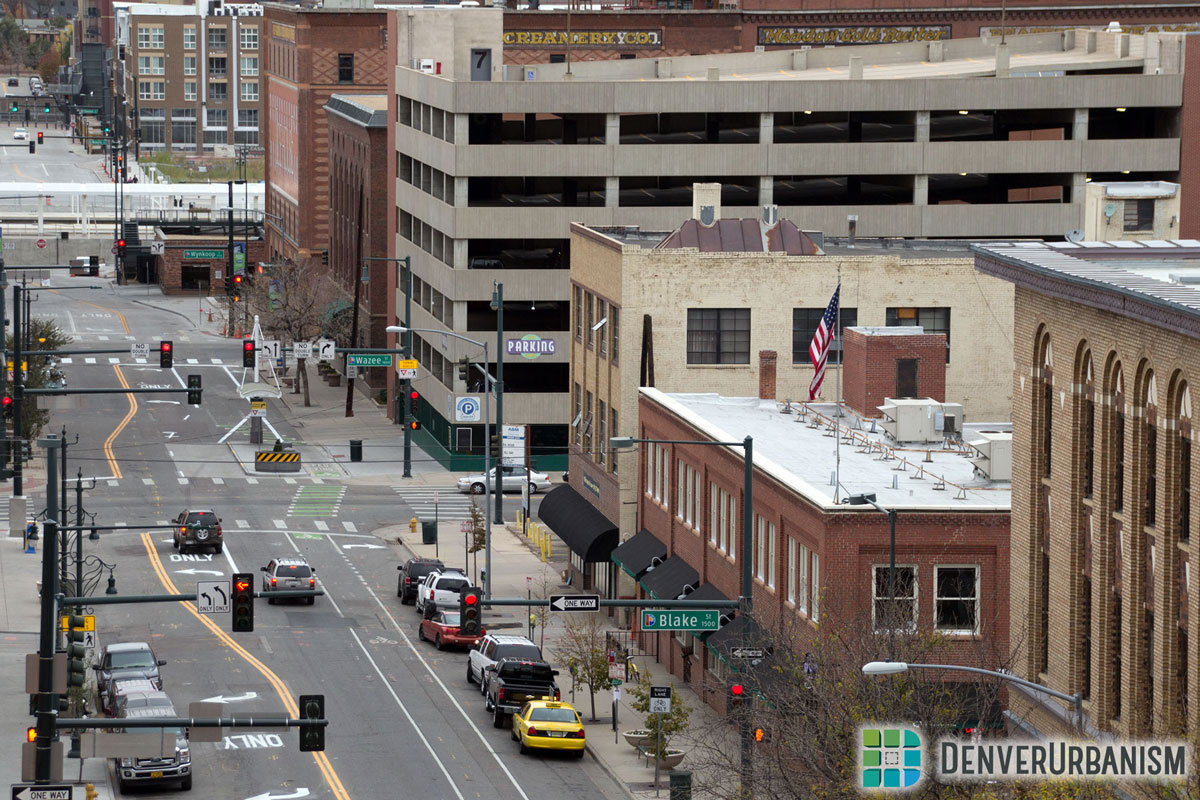