As mentioned earlier, Amtrak has now moved its operations back to Denver Union Station, and are using their new platforms under the new train hall canopy. I was able to make it tonight to take some pictures!

First off, let’s start out by walking around the new platforms under the canopy. This structure, especially at night, is absolutely incredible. Some of the station was still under-construction but we were able to access a good portion of it including the 18th Street pedestrian bridge. 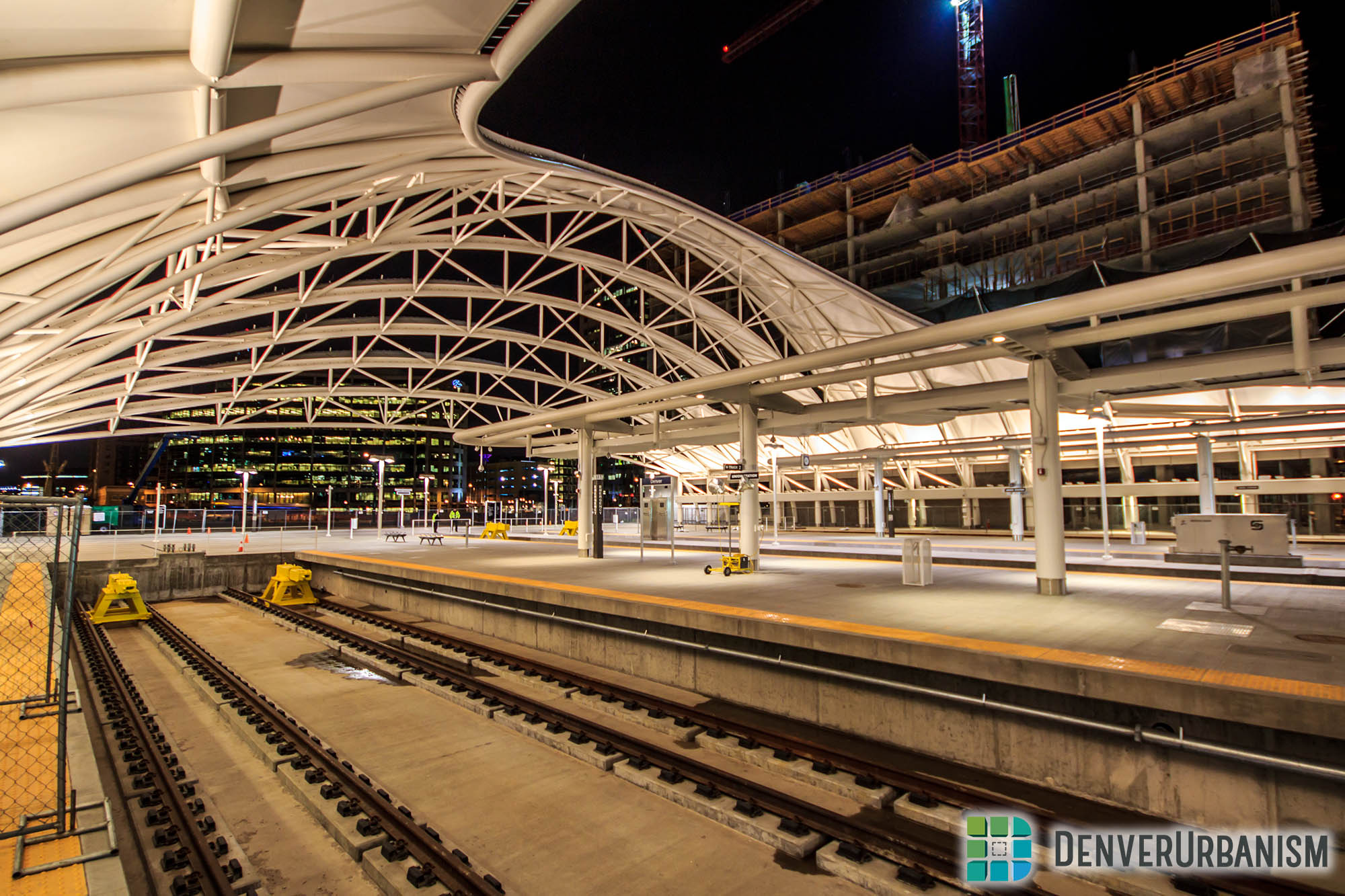 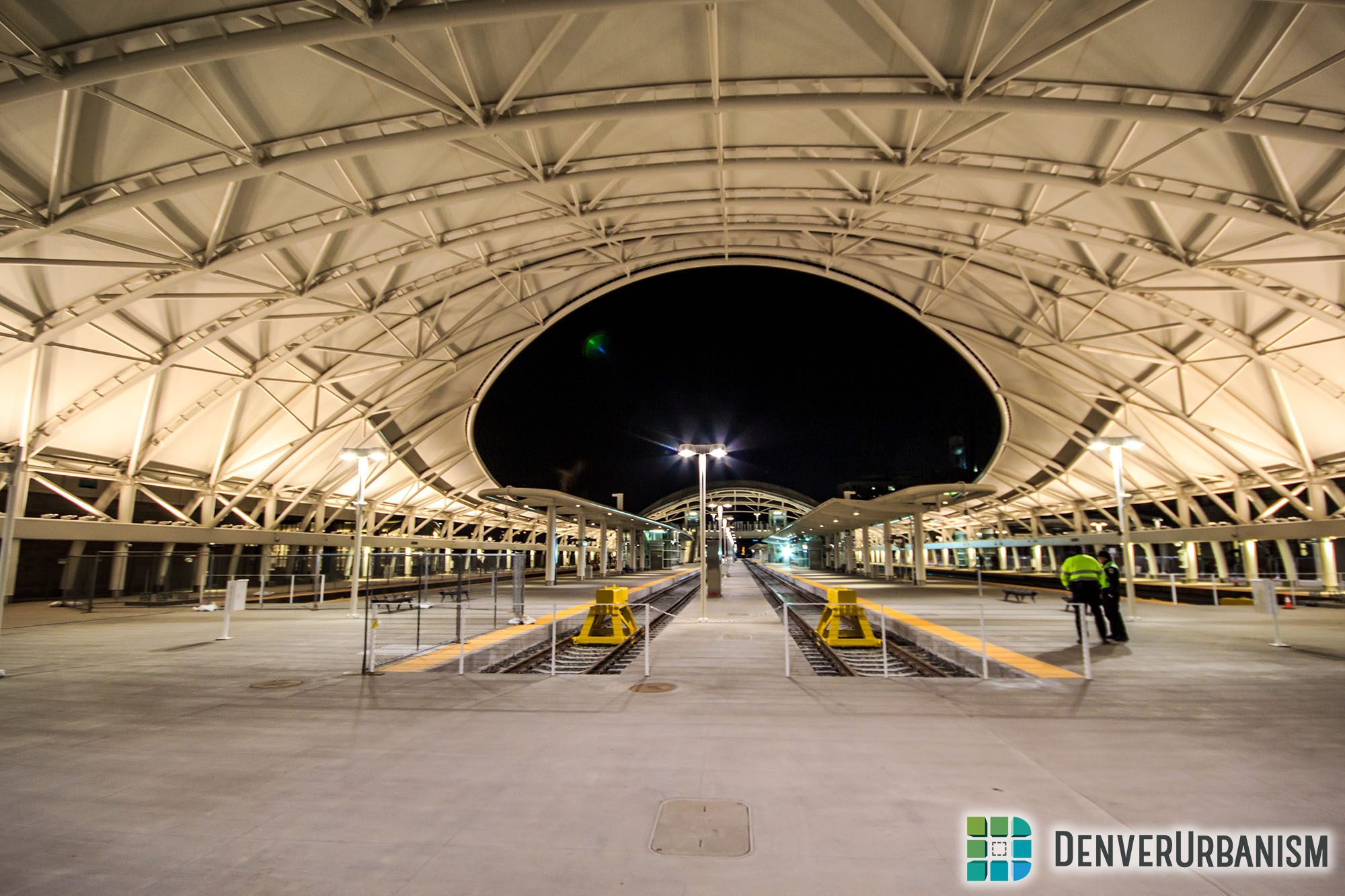 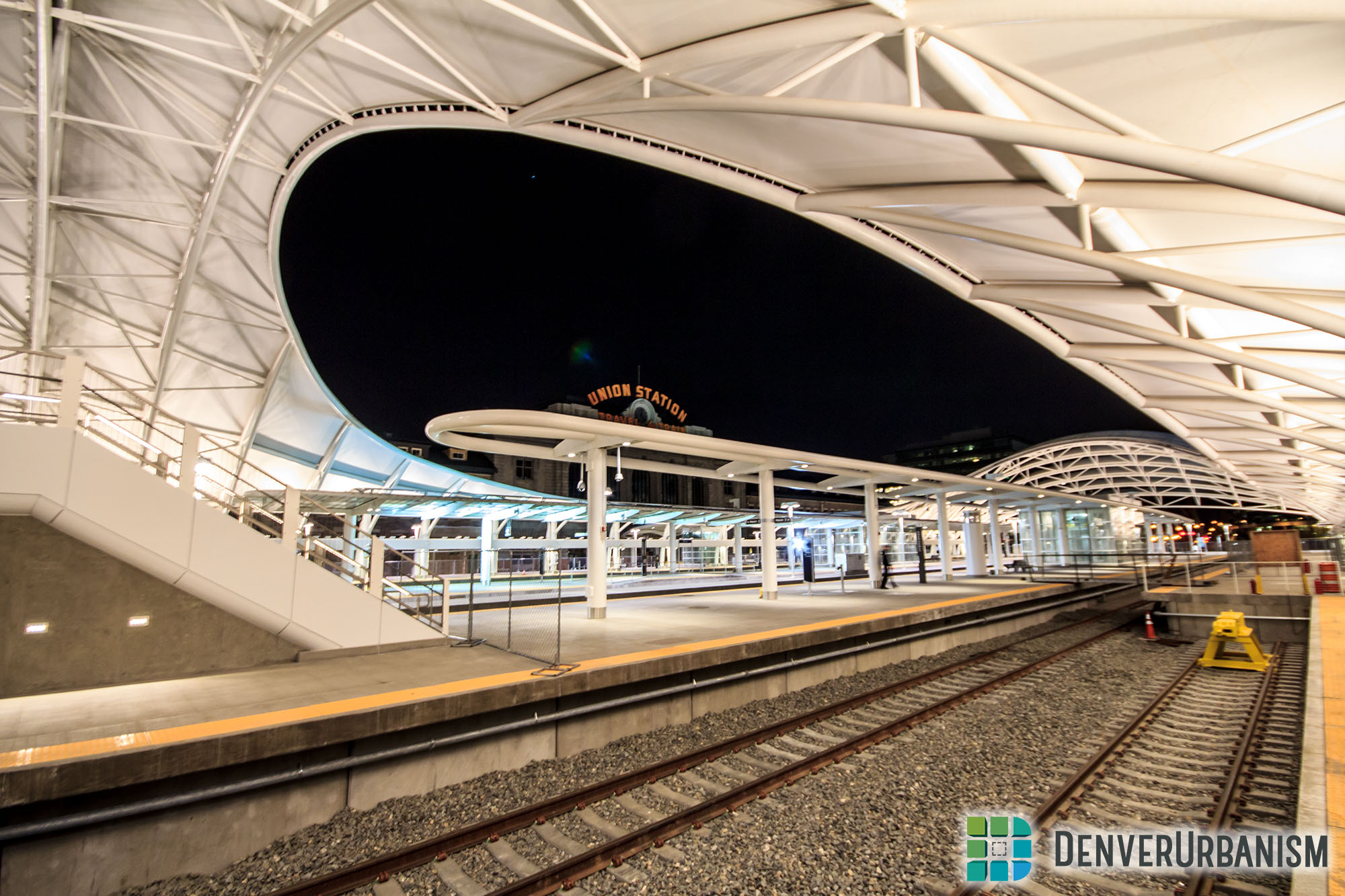 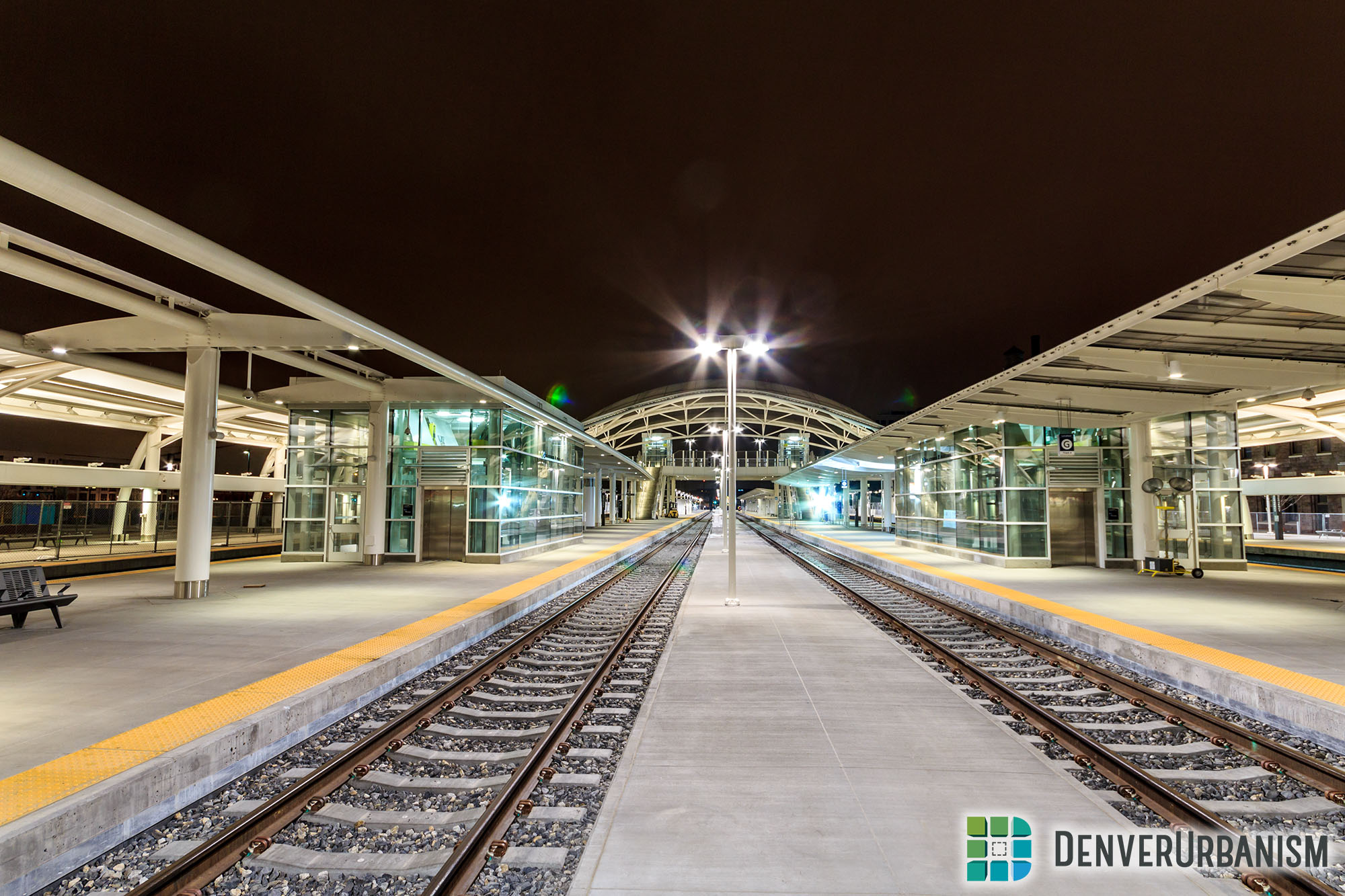 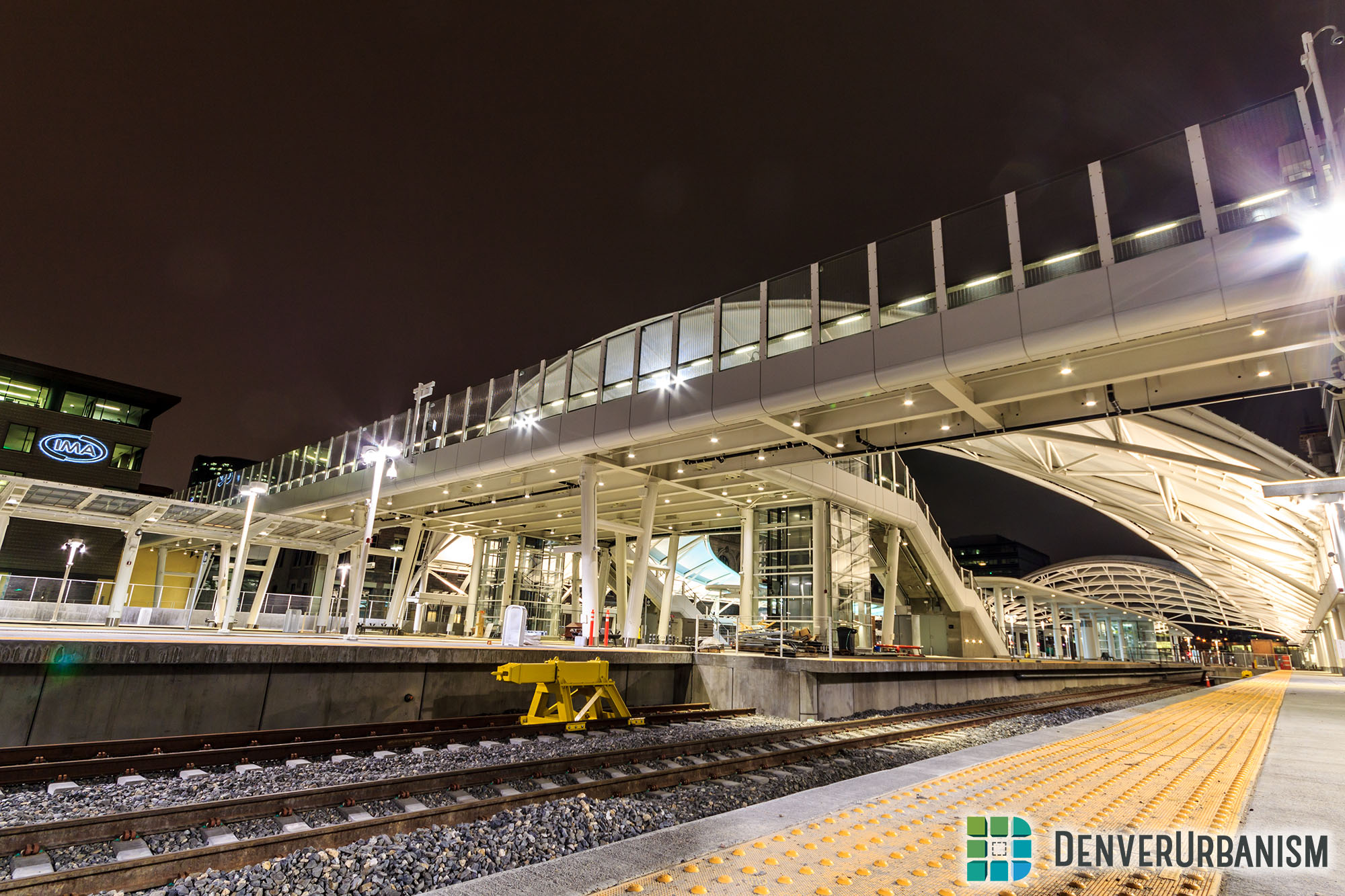 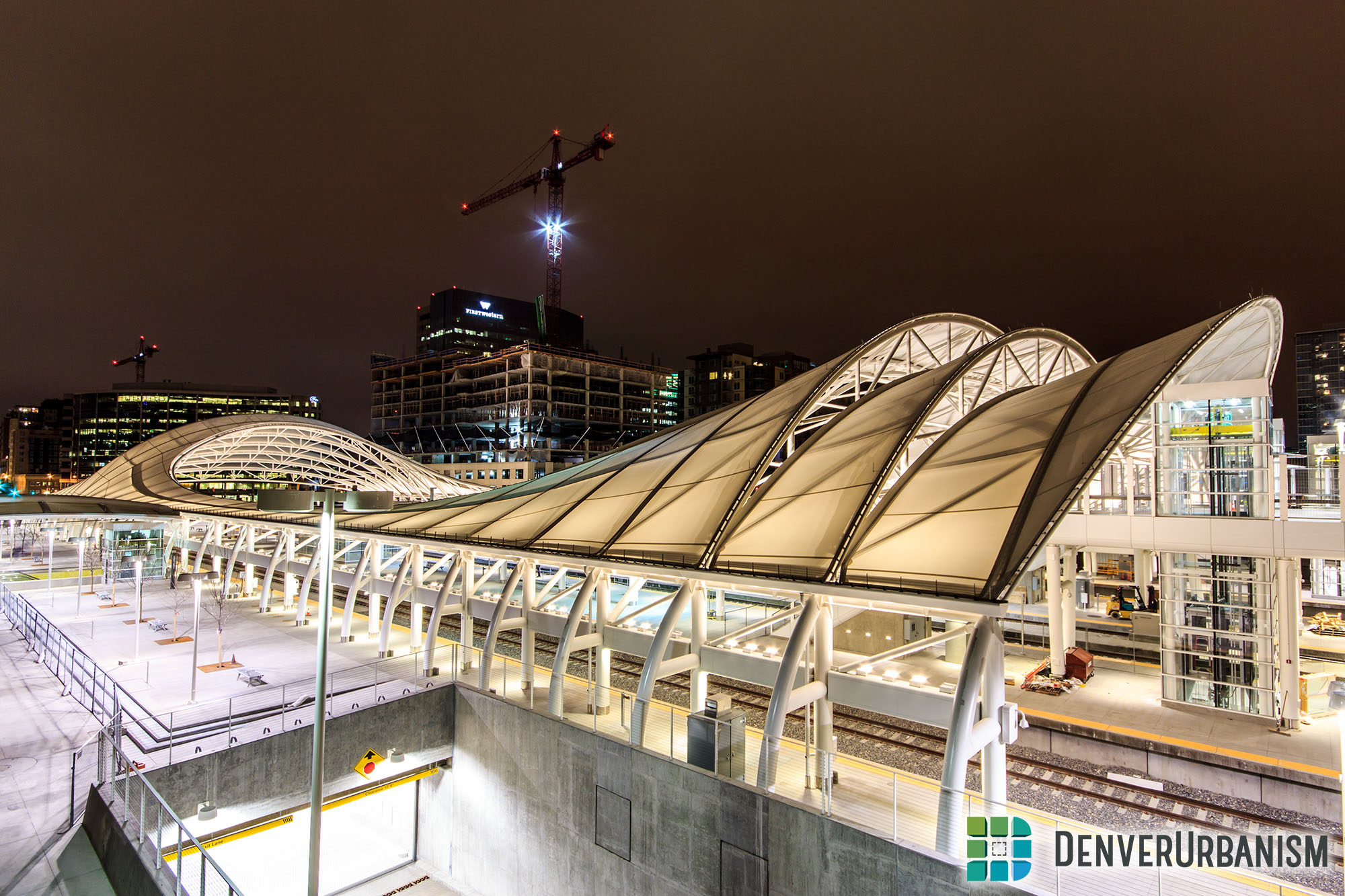 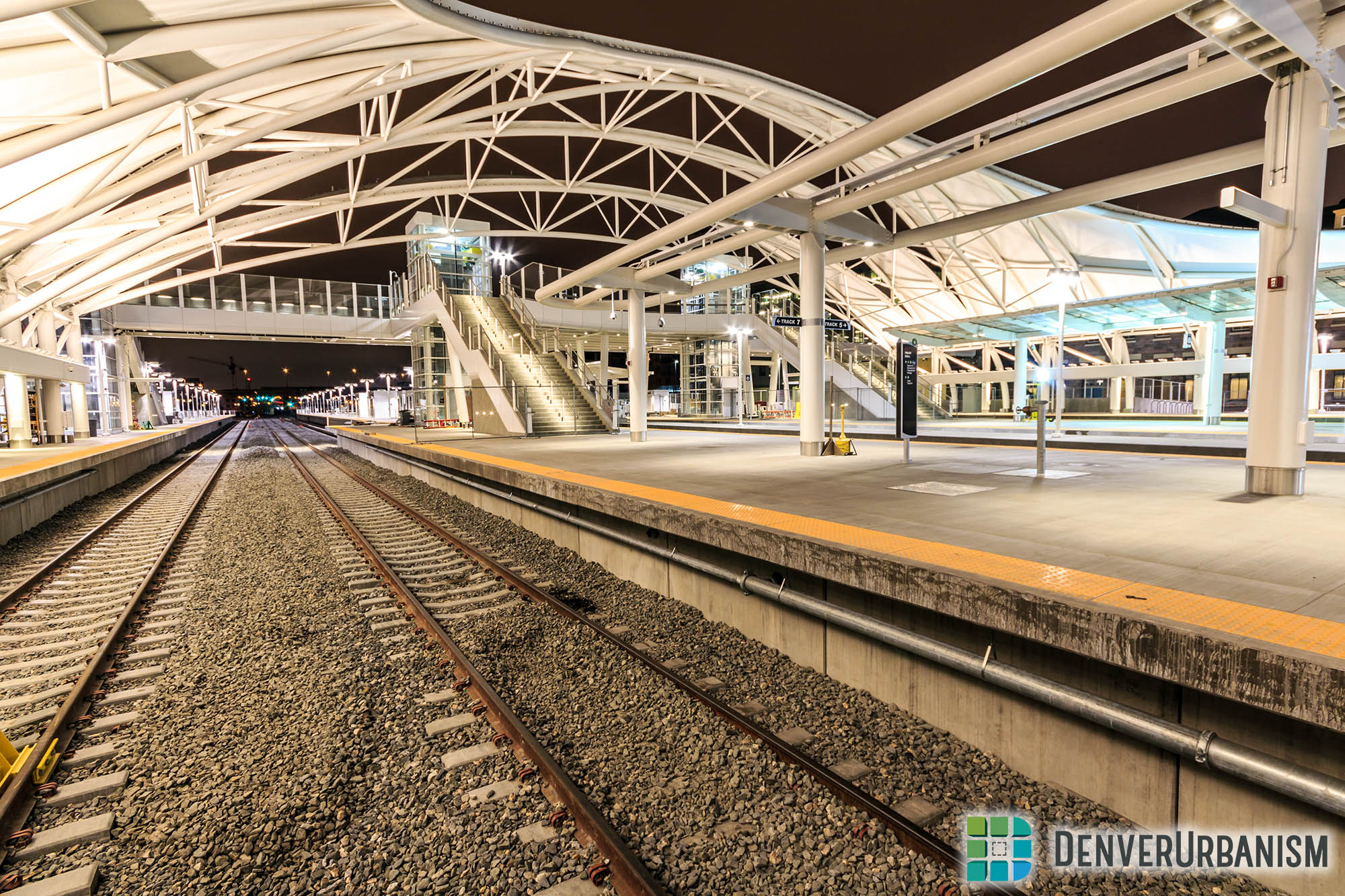 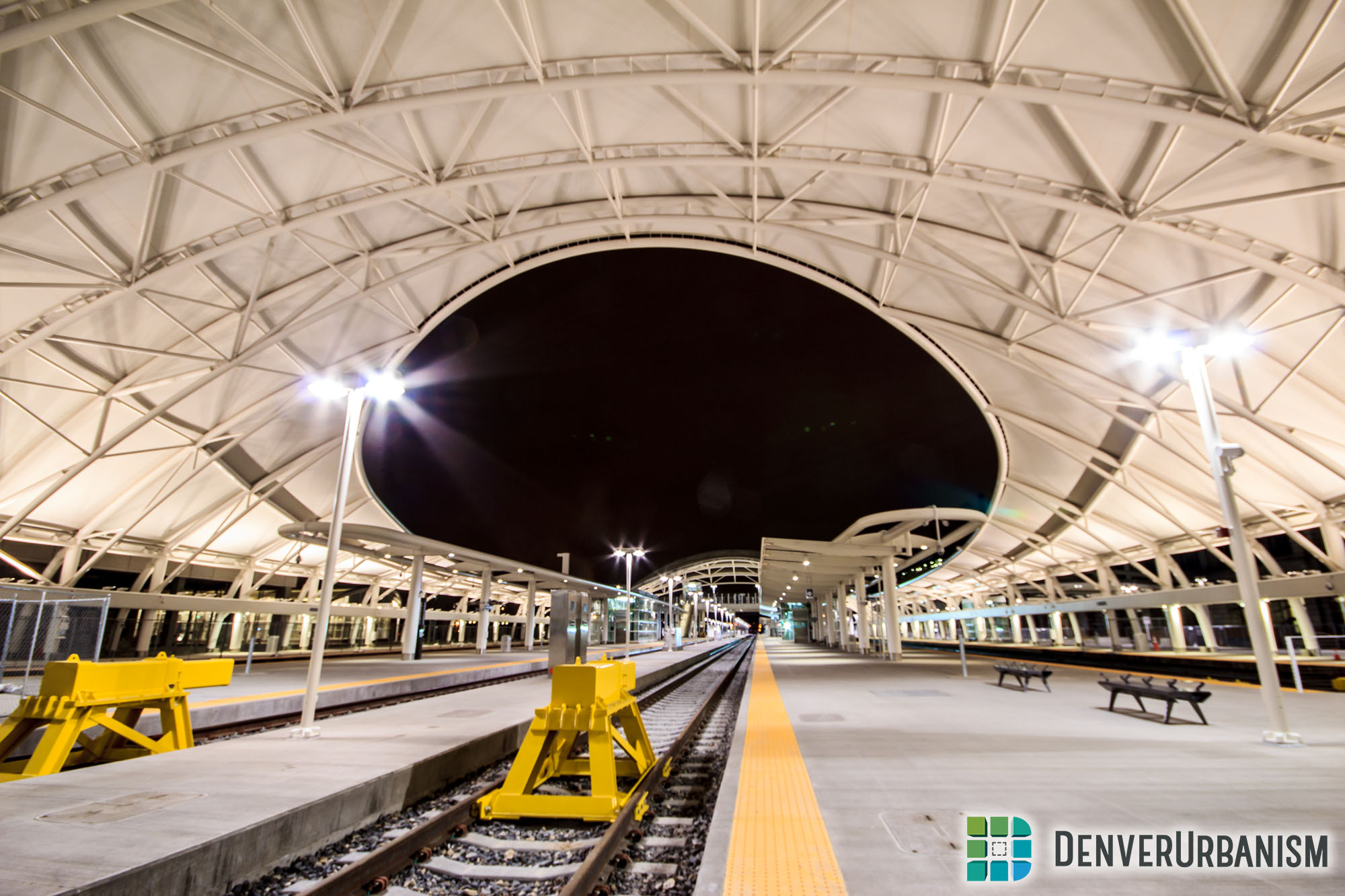 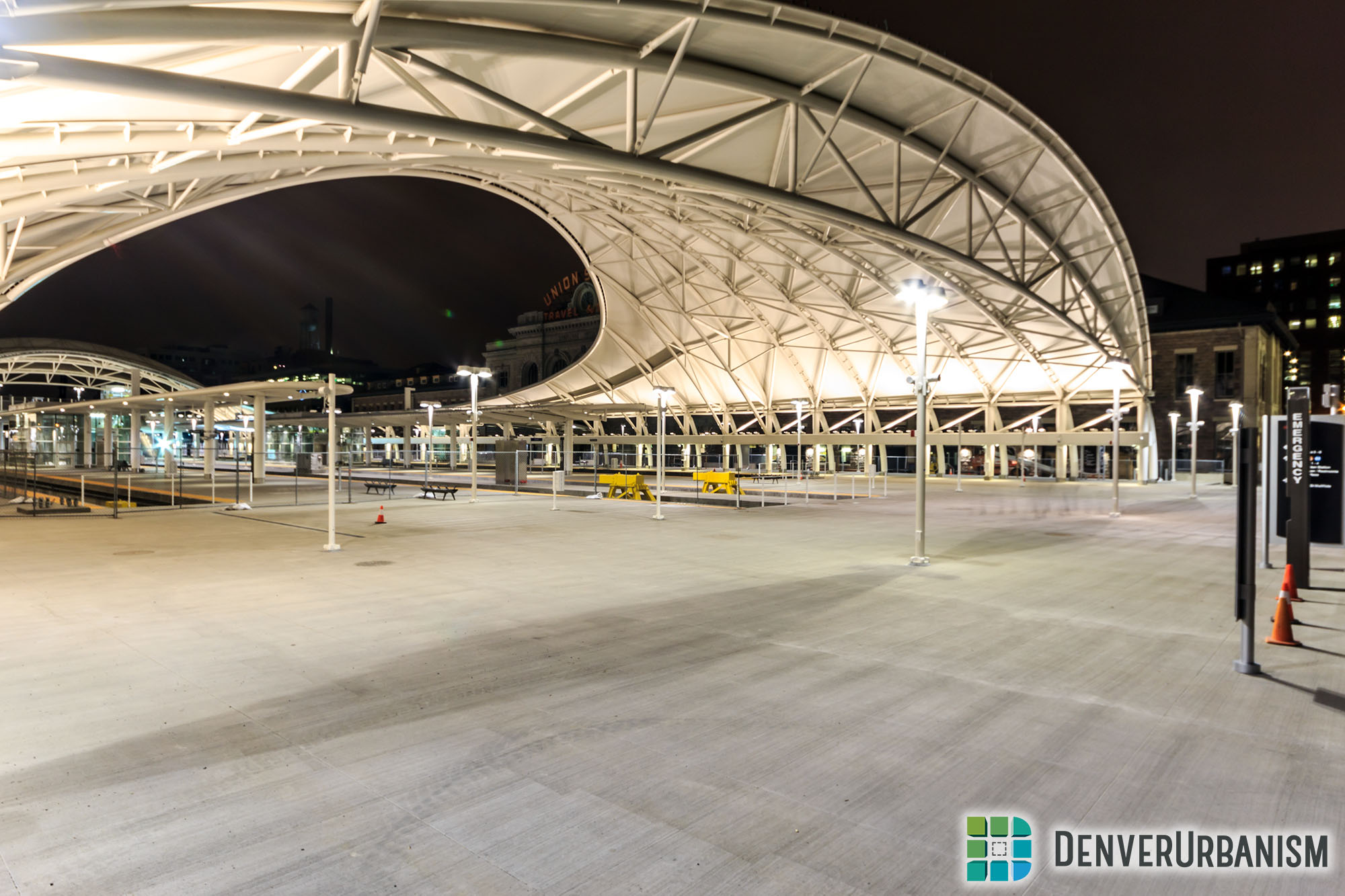 My perch to watch the train come in was on top of the 18th Street pedestrian bridge. In the second picture, the California Zephyr Amtrak train is pulling into the station! 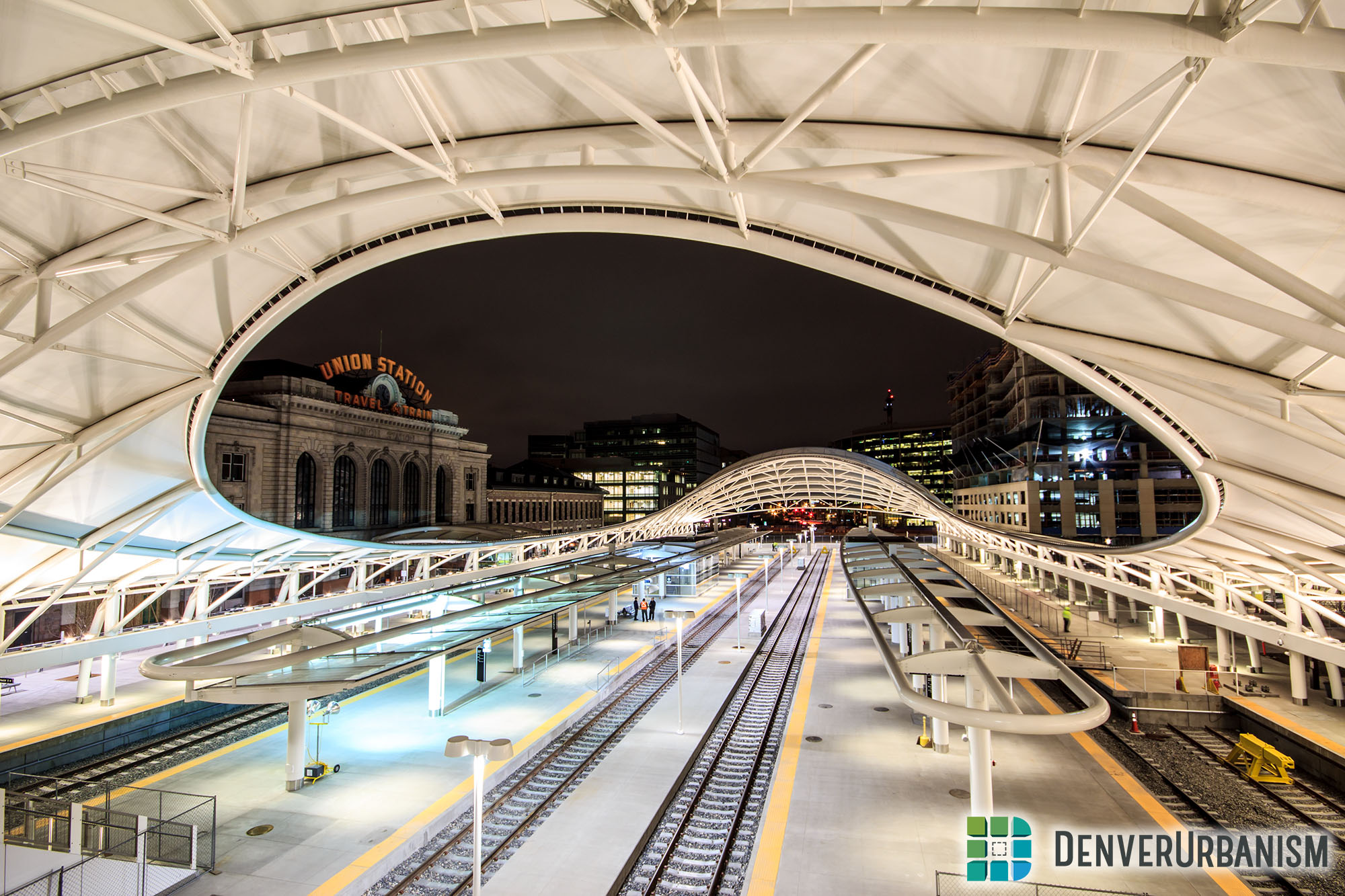 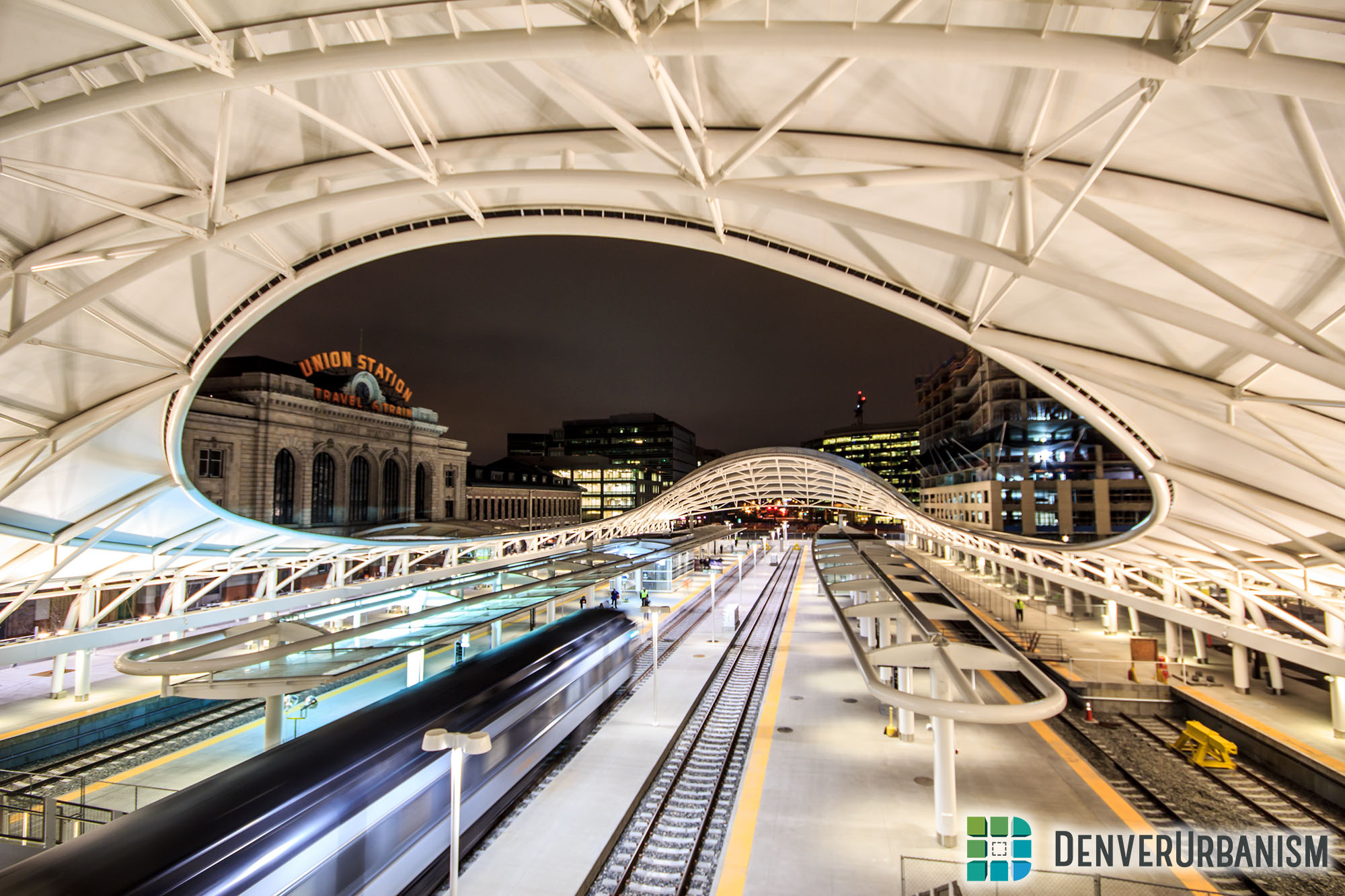 Photos are always great but I have something very special to share with you: A time-lapse of the California Zephyr train pulling into the station. The time-lapse is not very long but is still neat given this is the first train to pull into the new station! It’ll be great to see all of the action going on around this station once the commuter rail lines are done!

Welcome back to Denver Union Station, Amtrak! We are glad to see you back!