The East Rail Line is progressing smoothly, especially along Peña Boulevard which holds some of the most visible signs of construction along the corridor. We’ve covered the work going on at DIA, but there’s plenty of work approaching the airport. One of the most hidden bridges along the corridor is the First Creek Bridge, located just north of 56th Avenue takes the train up and over some sensitive wetland areas. You can easily see it from Pena, but it’s easy to overlook this structure.

As you can see in the pictures below, crews have already placed fencing and have (since these pictures were taken) begun erecting overhead catenary system (OCS) poles along the Pena Boulevard segment as well. 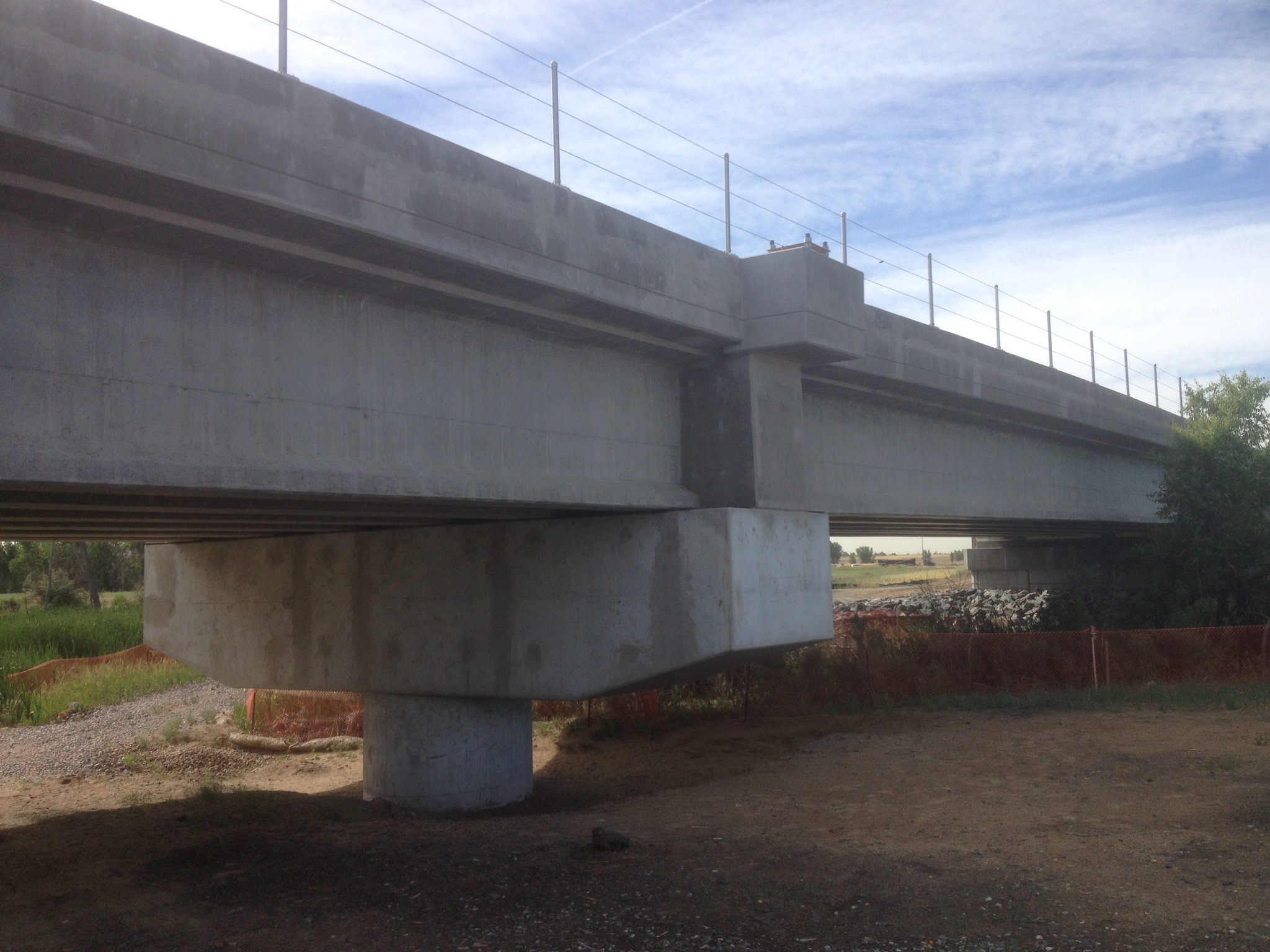 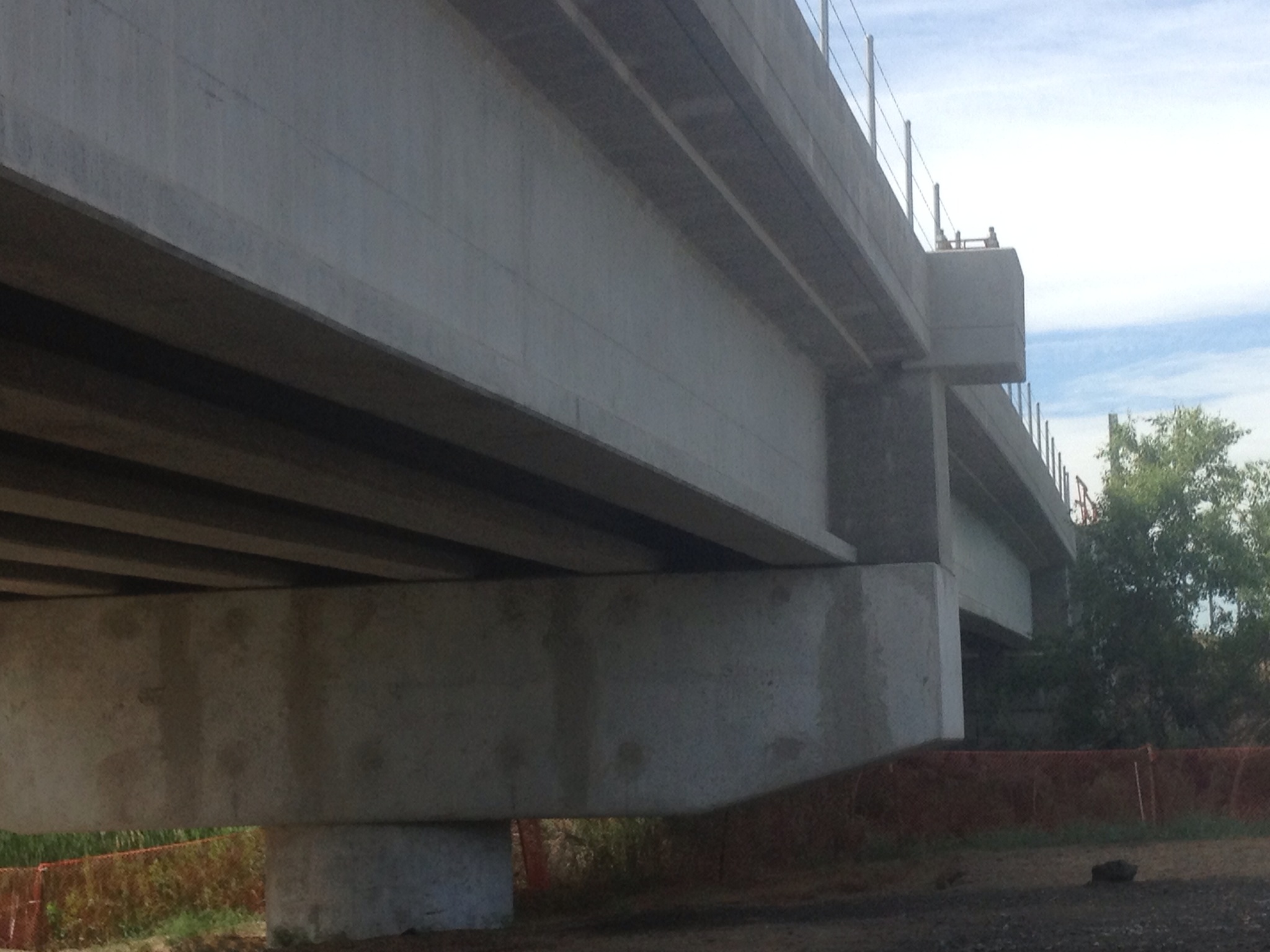 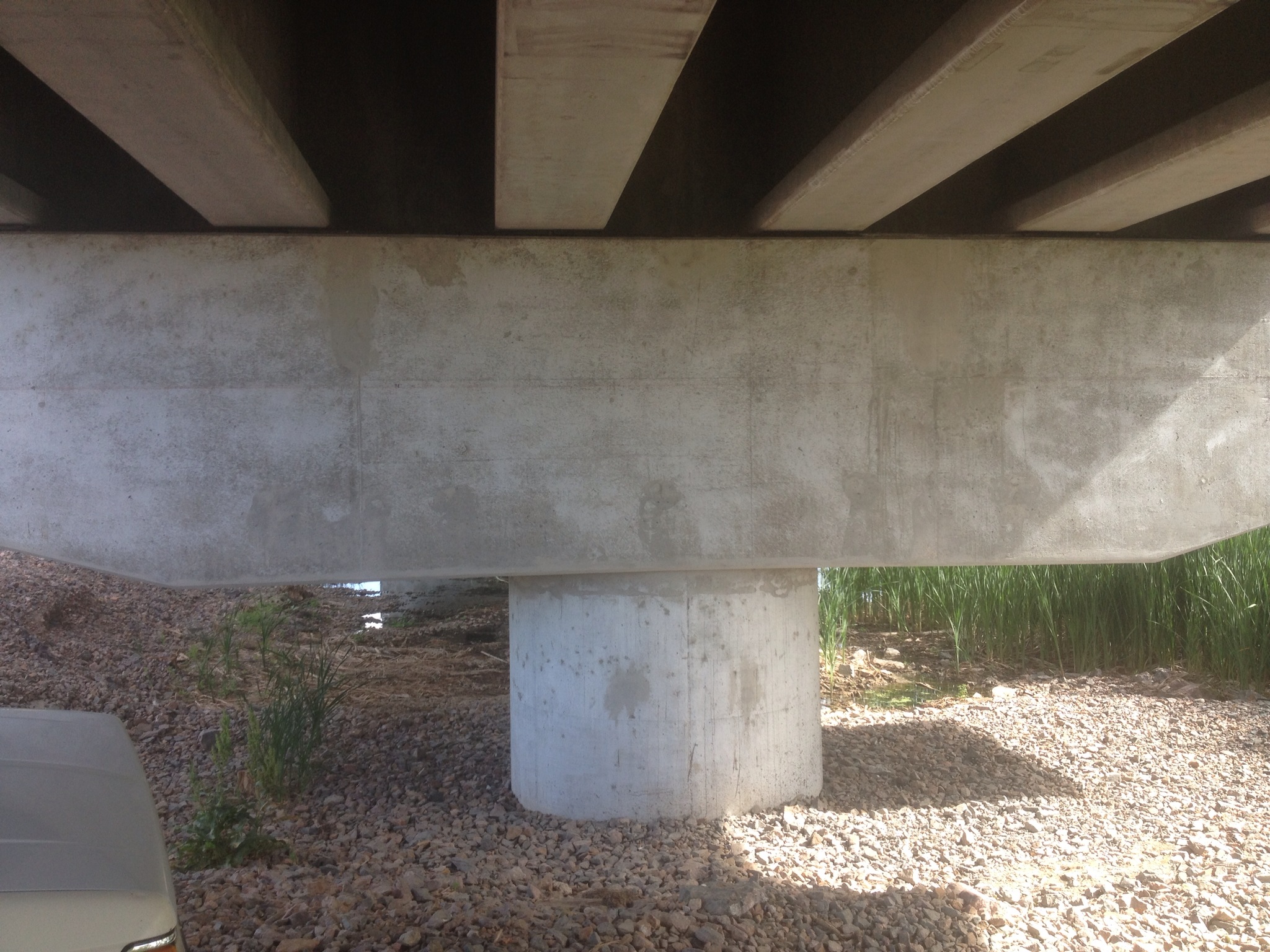 The wetland area is located on both sides of the bridge, with the water travelling from the south to the north. There’s talk of a bike path along First Creek, but I haven’t seen nor heard anything definitive about it. 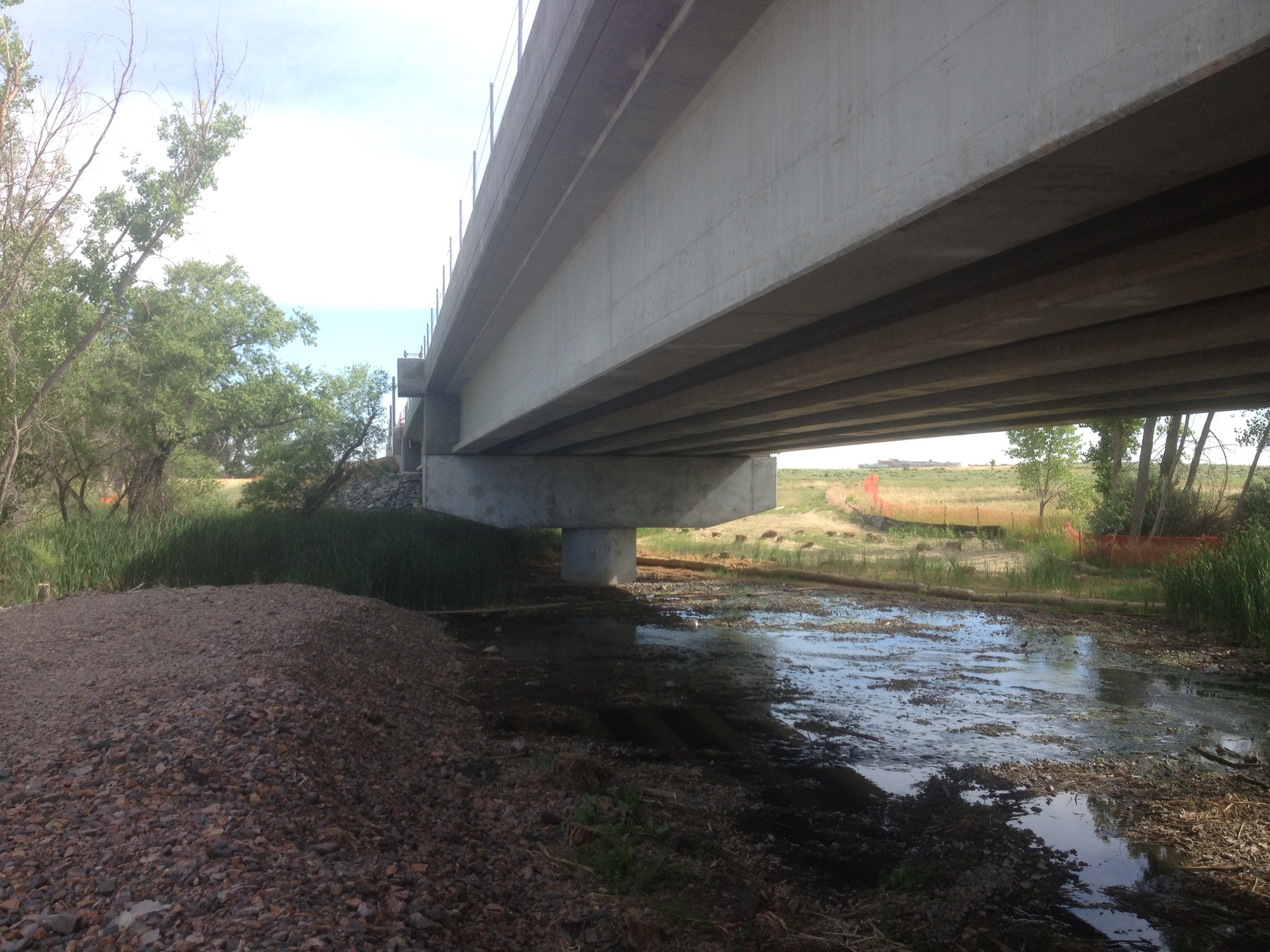 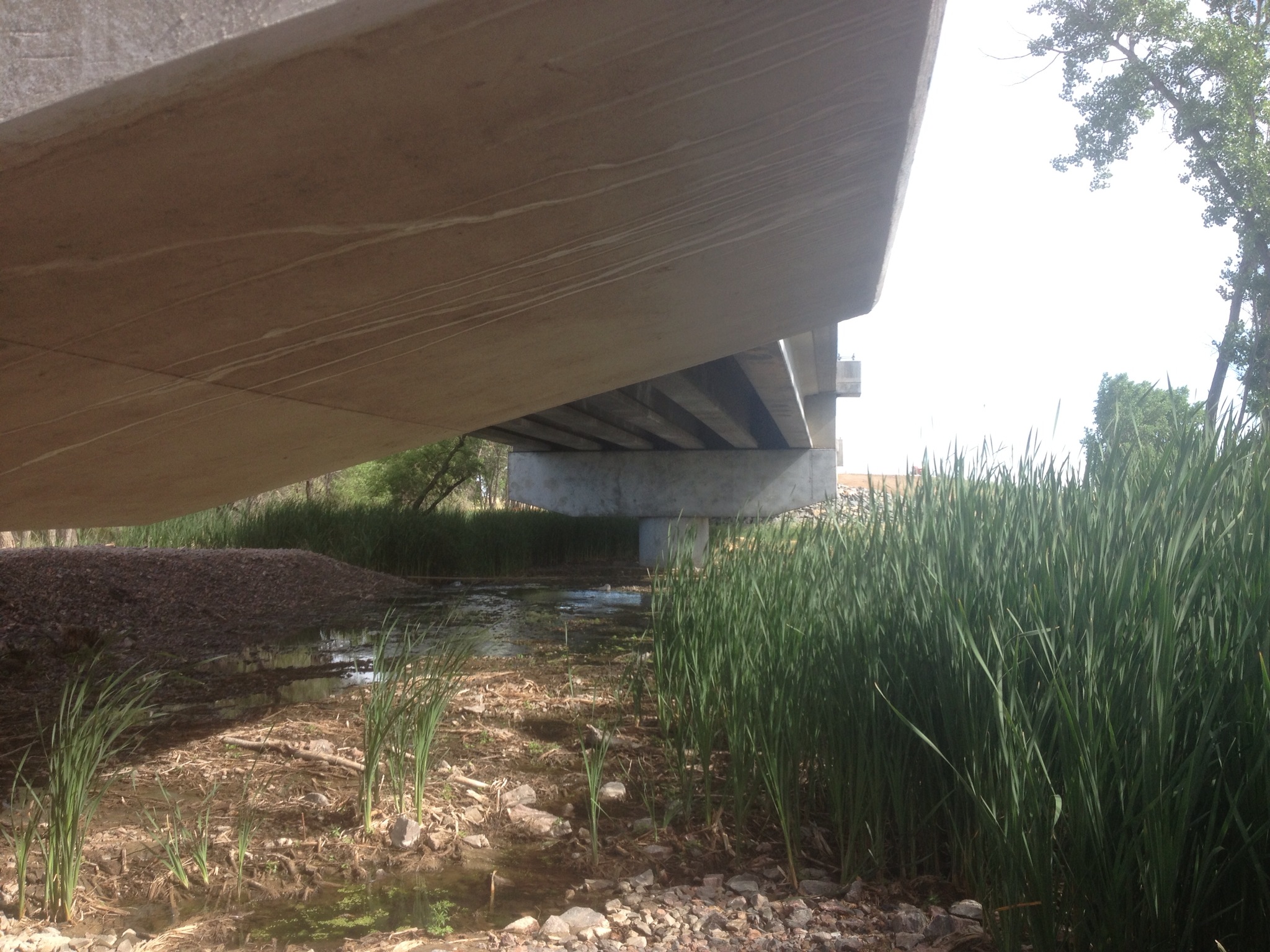 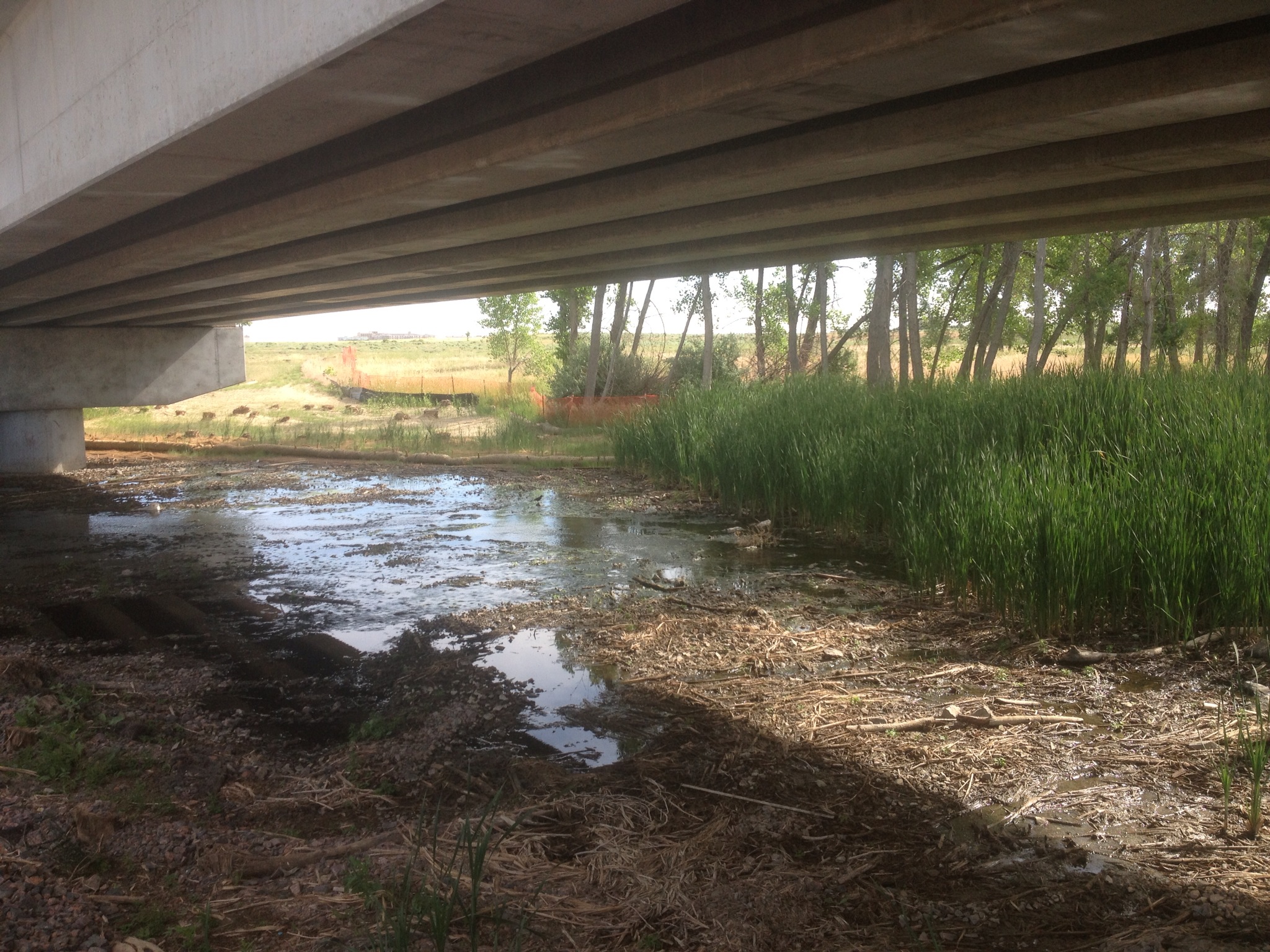 For the sake of comparison, here’s an idea as to how high the tracks sit above the wetland area. 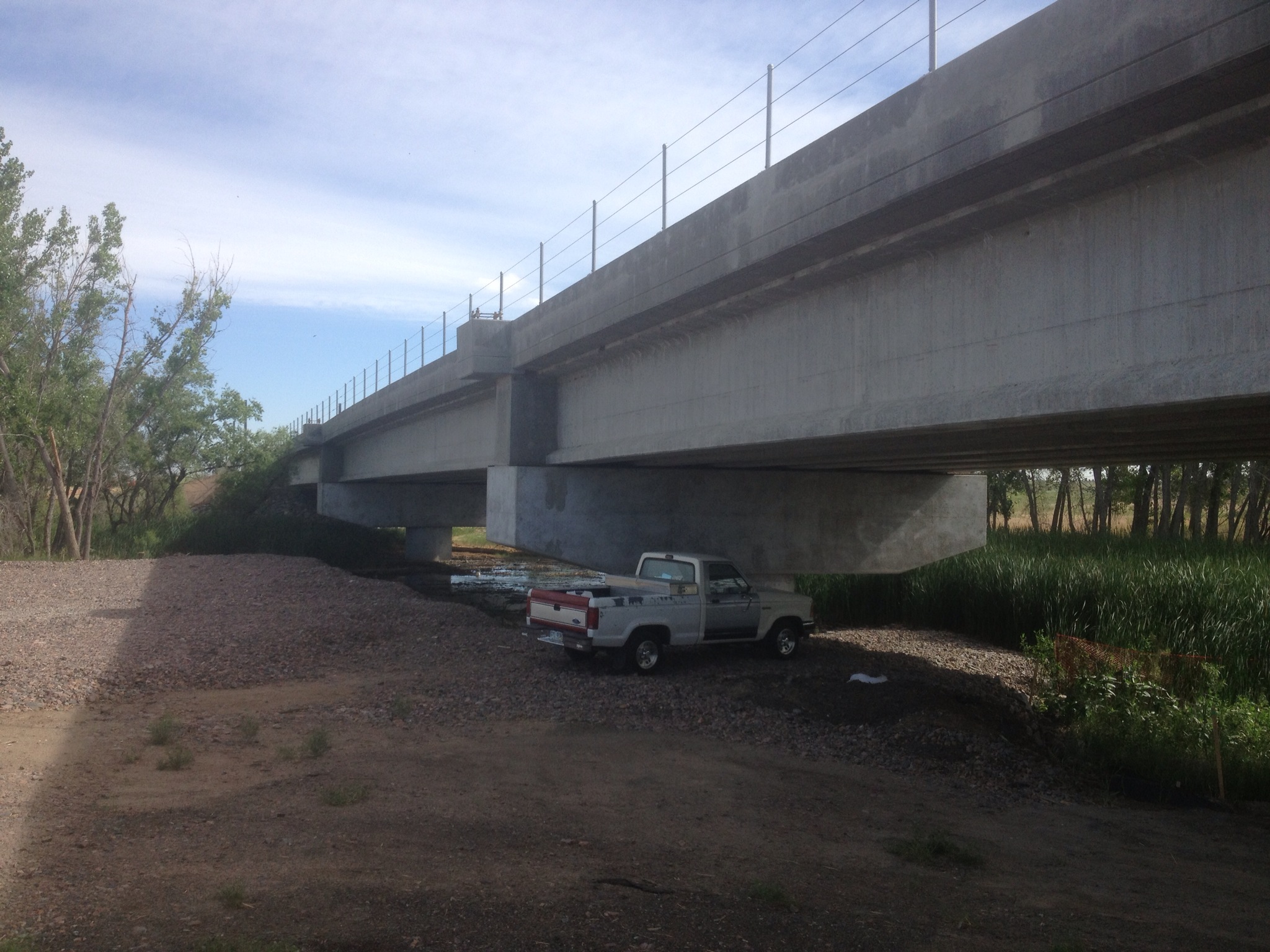 This bridge is pretty long, upwards of 650 feet long, thus it deserves a nice panorama shot.

The double track bridge will wrap up construction here in the next few months and be ready for revenue service come 2016.