Biennial of the Americas: Mine Pavilion

What is that large wood structure at Speer and Larimer? Today DenverUrbanism is going to cover it with all the details and, of course, photos!

As many of you know, the Biennial of the Americas is going on in Denver right now. If you are unfamiliar with the event, “The Biennial of the Americas is an international festival of ideas, art, and culture hosted in Denver, Colorado, that provides a nonpartisan platform for leaders in business, government, civil society, and the arts to examine the significant issues impacting life in the Americas.” Make sure you head to their website to learn about all of the events going on around Denver.

This tall skinny structure is called the ‘Mine Pavilion’ and instead of summarizing what it is, I am going to quote the well written description of this structure.

Pezo von Ellrichshausen’s Mine Pavilion is a prime example of architecture’s ability to communicate multiple urban narratives; the project’s intelligence is in its overlapping identities. Its relatively simple form-a box that becomes slightly narrower as it rises-combines several generic urban building types.

To drivers on Speer Boulevard, it is a billboard. To pedestrians walking along Larimer, it is a tunnel. Its height and proportions make it a tower. Its suspended floor and intermediary site make it a bridge.Its beetle kill pine facade and structural detailing make it a mining building. The pavilion’s schizophrenia is subtle. Its diverse architectural genetics are integrated so coherently that at a glance, it appears to be a single, pure gesture. The project is also slyly contextual.

Every typological reference has defined the site at one time or another. Denver was a mining settlement in 1858, when General William Larimer staked a square mile claim on the very same piece of land. Gold panning prospectors gathered around Larimer, forming Denver City. Today, the tower is the elemental feature of the area.

Mine Pavilion also proposes a compelling urban strategy. It addresses a primary conflict of the urban campus-how to connect the Auraria campus of the University of Colorado in Denver, which is a traditionally isolate space, to the vibrant and fluid fabric of the city. In this case, a major boulevard separates the two. The need for a better connection between the growing Auraria campus and the downtown area has historically been viewed as a need for a better bridge. Rather than moving people quickly and efficiently across Speer Boulevard, Mine Pavilion occupies the gap. The architects’ alternative approach is to bring urban activity to the middle, to create an urban zone with a unique identity in the grassy plain of the median. In the sit’s rich tradition of discovering new value in the land, Mine Pavilion is 21st century prospecting.

Here are some photos of the structure. 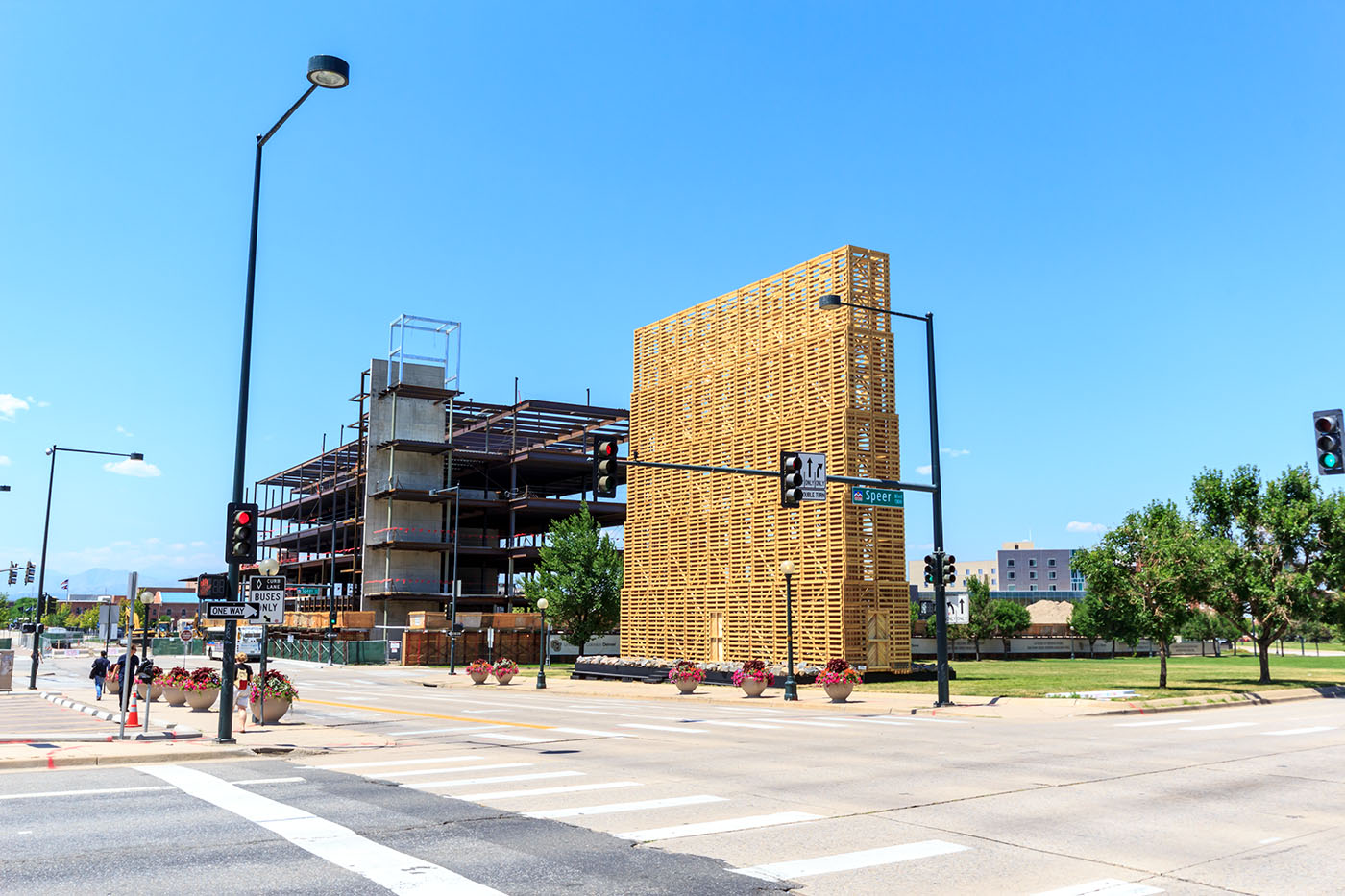 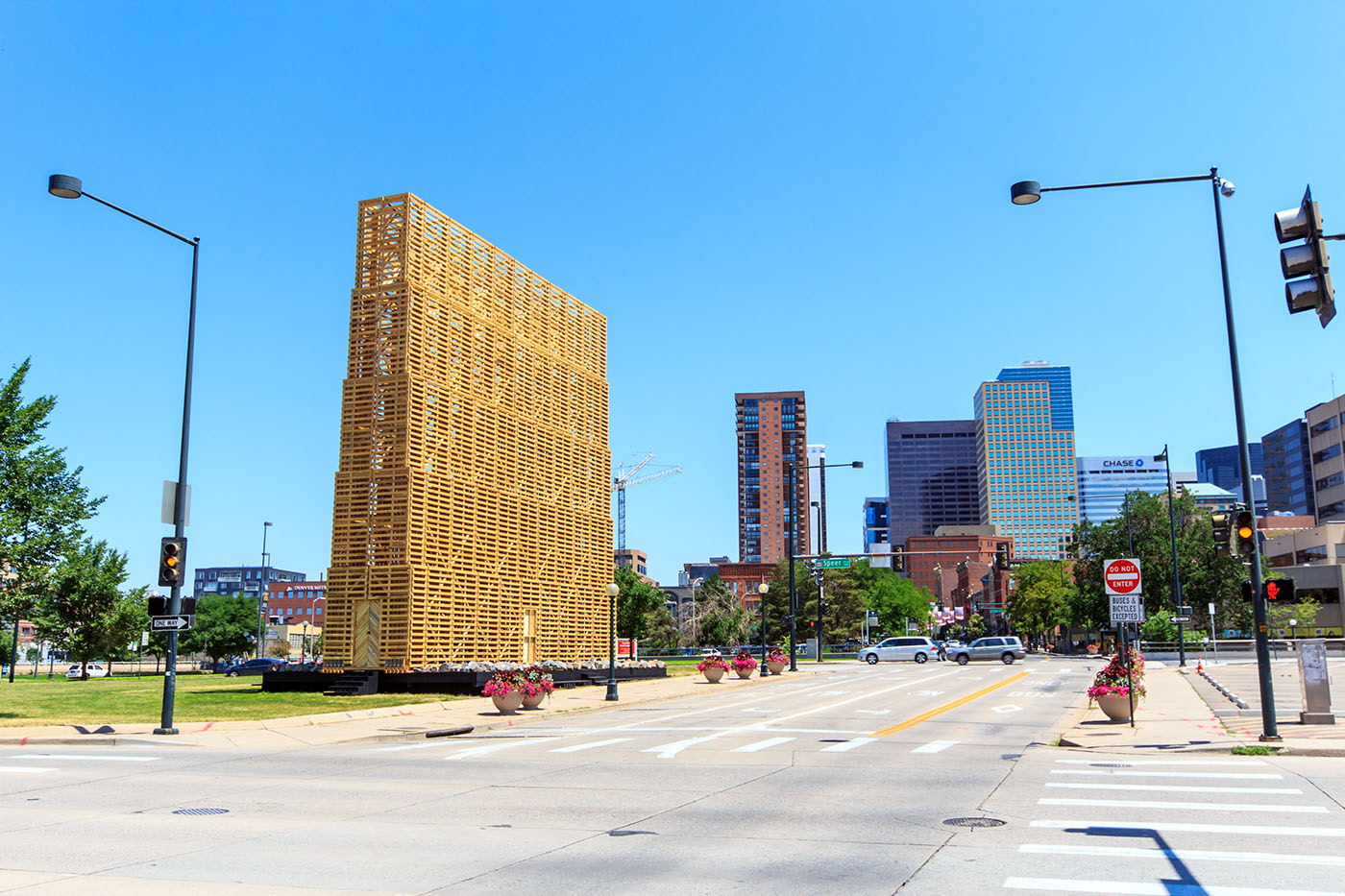 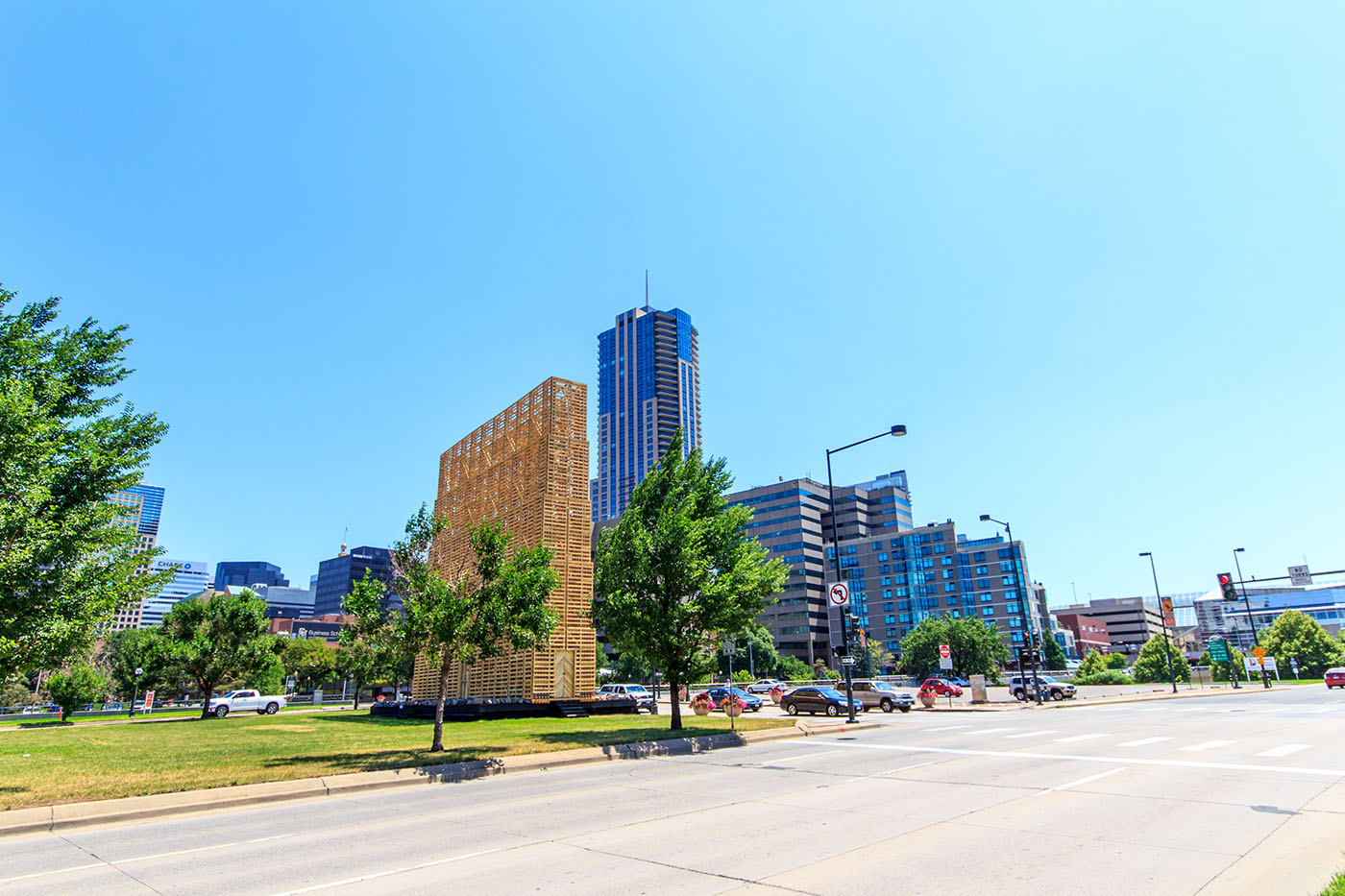 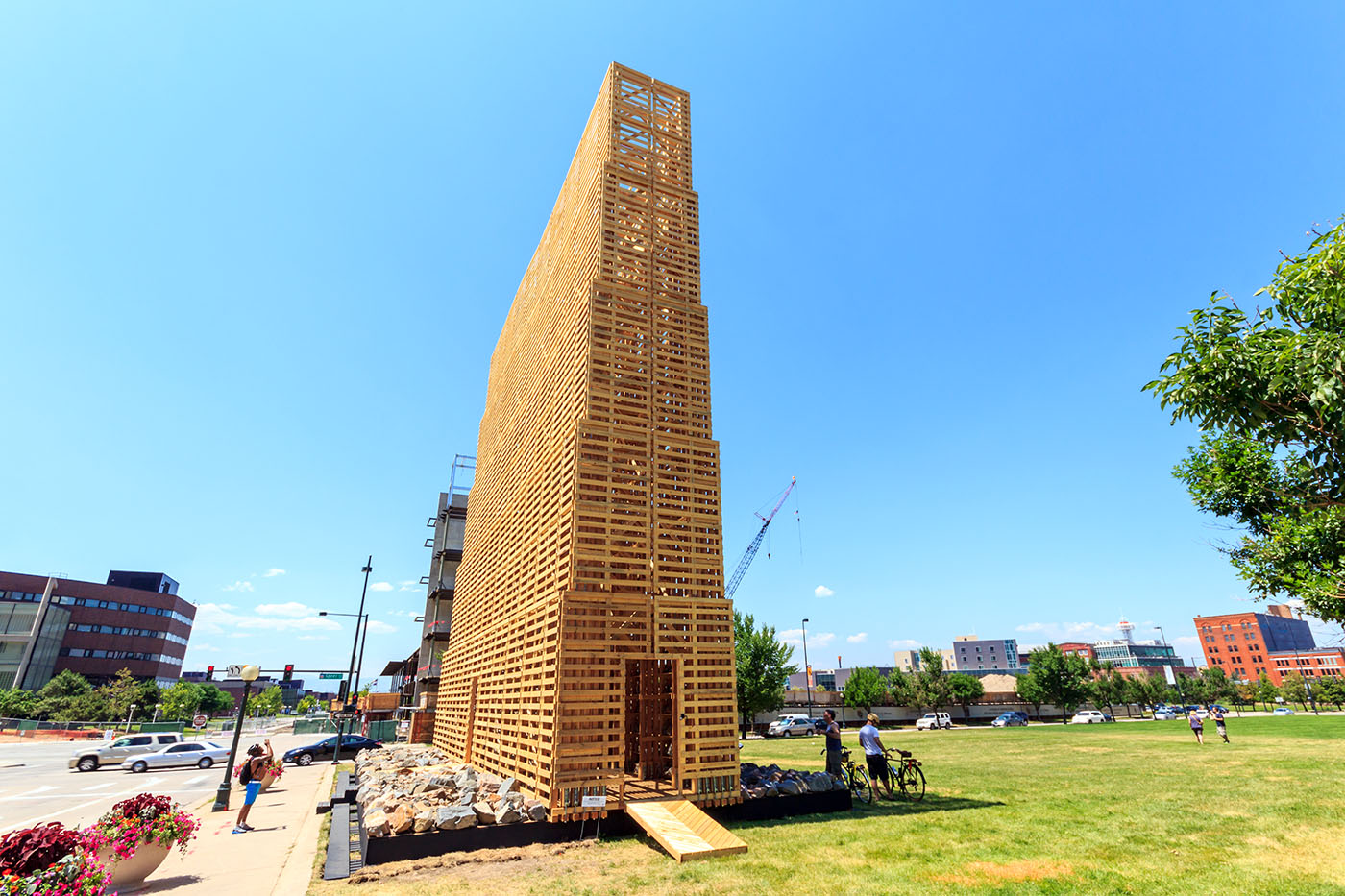 And some shots from inside the Mine Pavilion.

Bridging the gap between Auraria campus and Downtown Denver has always been a challenge. It has been addressed many times along with proposals along Speer Boulevard that have come and gone. The Mine Pavilion is a great representation of how a single building can completely change the pedestrian experience when traveling across Speer Boulevard. What are your thoughts on what actions should be taken to close this gap?