Lots and lots of progress is being made along the East Rail Line between Union Station and DIA!

For those who haven’t been to the airport lately, you’re in for a shock. The elevator shafts for the new Westin Hotel are rising into the sky with only a few floors left to go. It looked like crews were working on the third or forth floors as well. 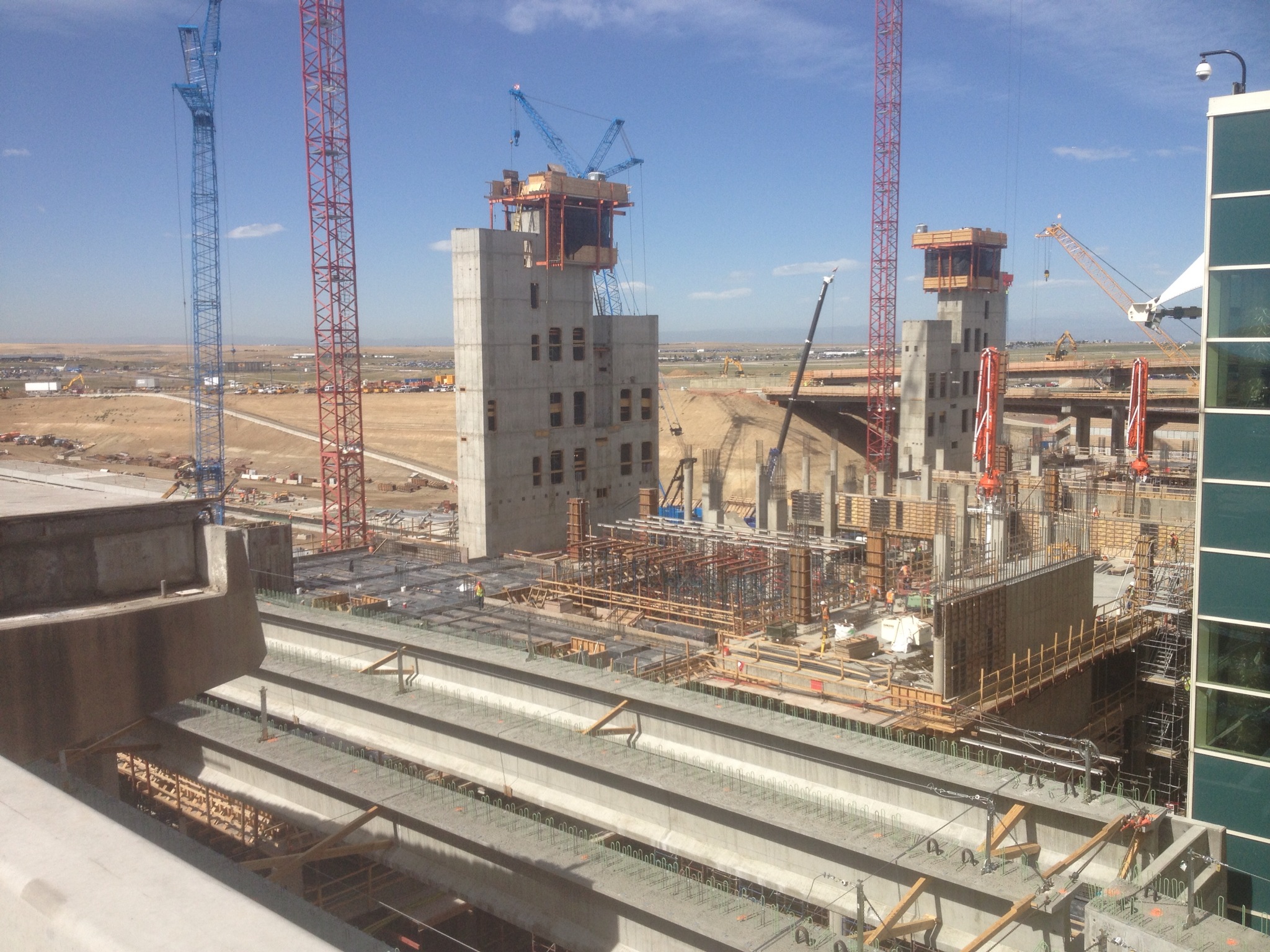 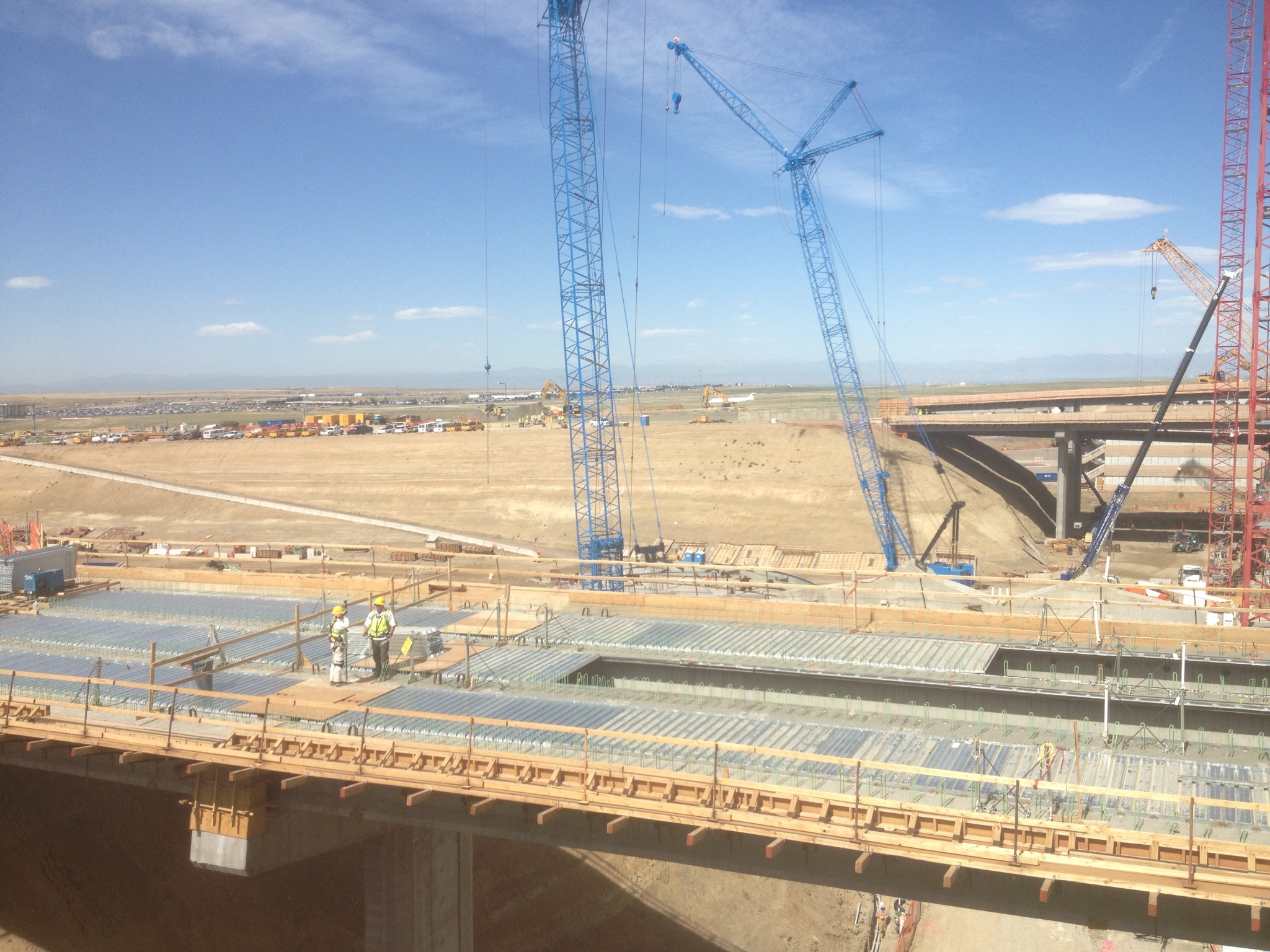 As for the new DIA Station, crews have laid the platforms and the canopy pieces are on-site. These pictures are a few days old, so they may have already moved some of them into place! It’s hard to get a picture from the road without the cops yelling, so I apologize for the picture. A few pieces of the rail station canopy cover are directly behind the wood bracing. 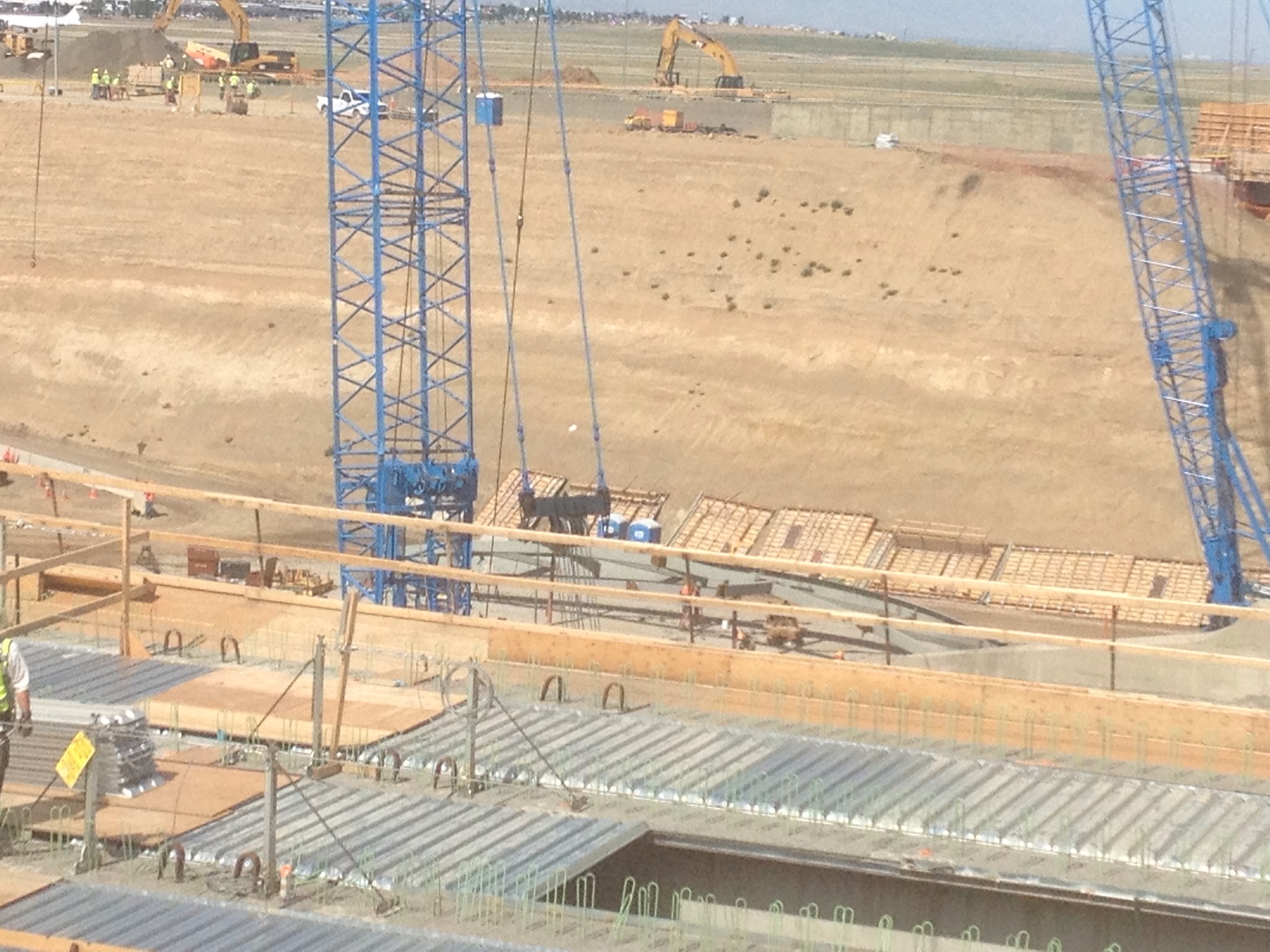 A lesser known, but albeit important, piece of the East Rail Line lies just south of the future DIA Station. Known as the “Triple Stack,” this tunnel/bridge combination will stack two modes of transportation into three levels – inbound and outbound East Rail Line trains, inbound west side terminal traffic as well as outbound east side terminal traffic. Two levels existed prior to the East Rail Line construction, but crews have been out digging the bottom layer for the trains. The pictures below don’t do it justice, but this was a complex piece of the project. 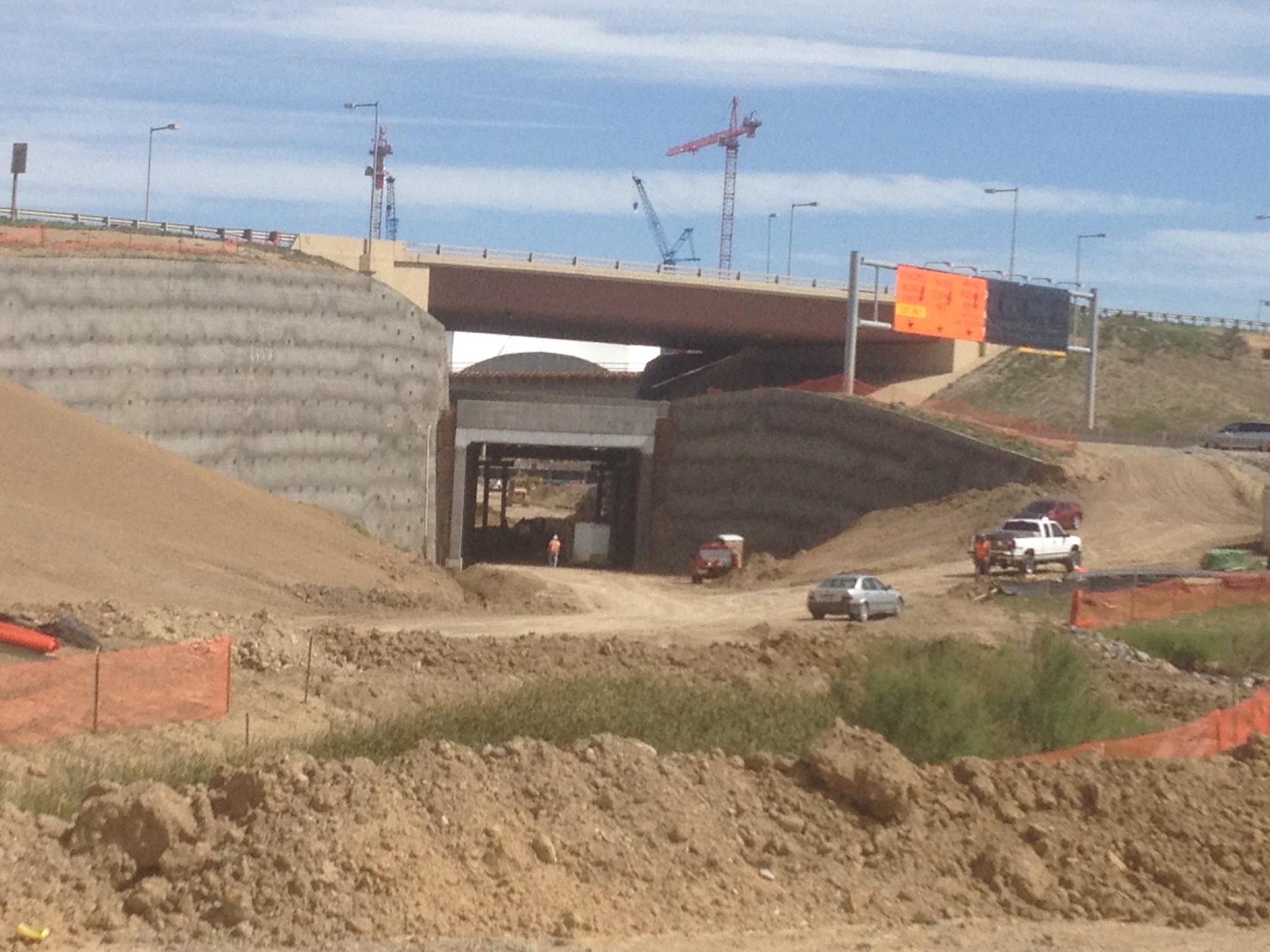 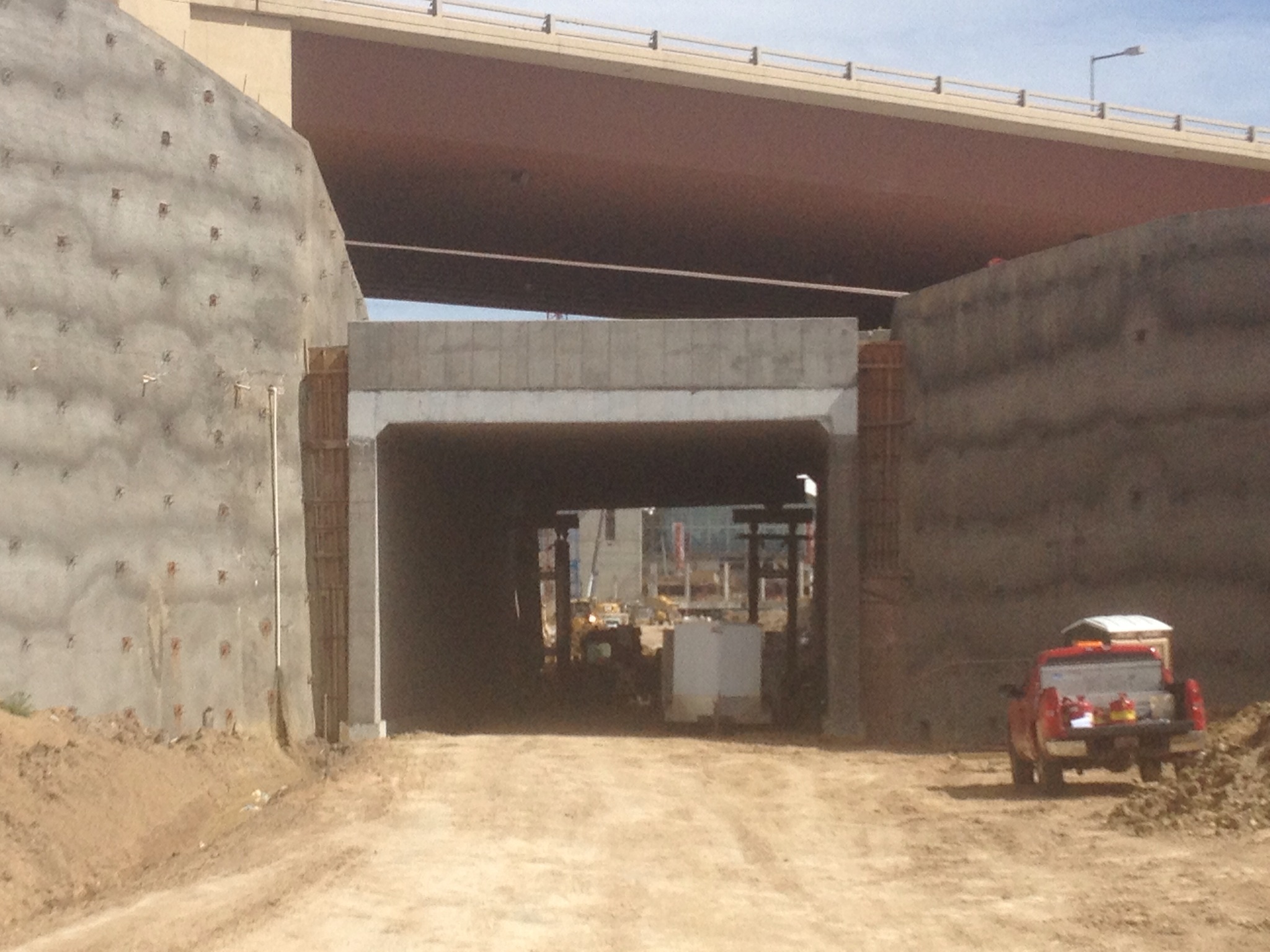 Also, keep in mind most of Peña Boulevard east of E-470 is a construction zone with speed limits dropped to 55 mph. Denver PD is notorious for clocking drivers along that segment of road, so give yourself a little extra time to avoid a speeding ticket and help keep construction crews safe.