It has been a while since our last East Rail Line update and a lot of progress has been made between Denver Union Station and Denver International Airport. In this post I will focus on the area around DIA where some of the most noticeable changes have occurred. Starting at the airport; the foundation, first level and two main piers of the South Terminal building have gone vertical. These two main piers will become the main structural components of the Westin Hotel and East Rail Line Terminus; Airport Station. 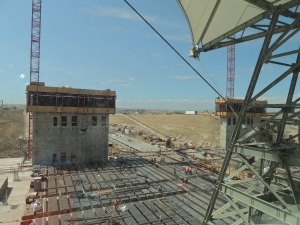 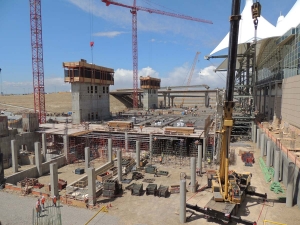 To either side of the South Terminal Redevelopment Project, construction of the bridges and ramps that will support the automobile and bus entrances and exits are also progressing. The east side bridge has been on hold as foundation work is underway below, but the bridges on the west side are nearing completion. 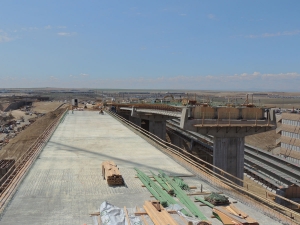 At the southern end of the construction site (below) is where the East Rail Line platform will soon be. Currently we can see the concrete forms that will become the foundation where the trains will arrive and depart from. 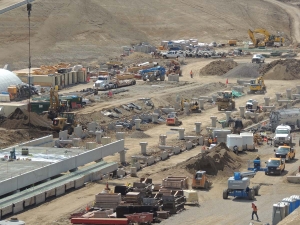 In the next few months we should see more levels of the South Terminal Redevelopment project completed, girders and decking installed for the five entry and exit ramps as well as the installation of the iconic canopy frame. For those of you interested in following the Denver International Airport South Terminal Redevelopment construction without going out to the airport, check out the new construction webcam set up above this area, as well as refer back to the construction sequence video posted by Ken back in February. 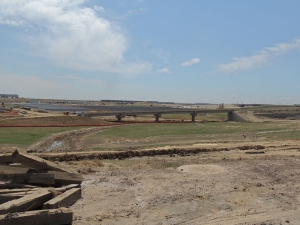 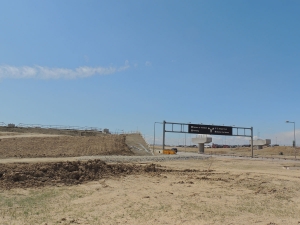 Between the western runway and 79th Avenue (Rental Car Row) is the right-of-way where the East Rail Line will travel. In this area, crews are currently installing the Overhead Cantenary System (OCS) piers, the poles that will hold the electrical and communication cables, and compacting the ground in preparation for railroad tracks and ties. 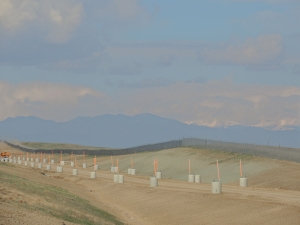 The second major development along this segment is that the final girder for the  bridge over Peña Boulevard is in place!  The 1,953-foot bridge is one of the largest bridges along this line and has been in the works since last fall. 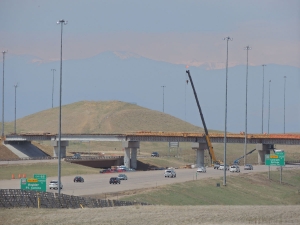 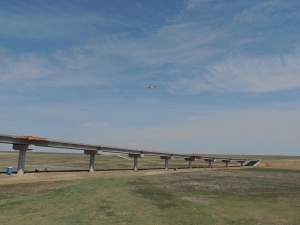 Since this bridge spans one of the busiest roadways in the the Denver area, Peña Boulevard, Denver Transit Partners has scheduled a number of overnight girder installations this spring where crews close Peña Boulevard down to a single lane and work into the early morning. Below is a link to a cool time-lapse video of the final girder being installed last weekend.

In my next post I will report on the progress made between Tower Road and Peoria Crossing.