We are down to ONE WEEK until the West Rail Line opening!

The Federal Center Station replaced the old Cold Springs Park-n-Ride at 6th Avenue and Union Boulevard. The old park-n-ride had to be demolished to make way for the light rail line as it travels through a tunnel beneath Union just south of 6th. The park-n-ride was relocated in 2011 to make way for construction. The new 1,000 space Federal Center Park-n-Ride is located just east of Union Boulevard on 2nd Place. 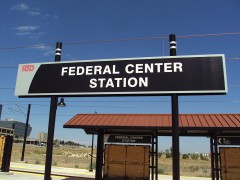 The light rail station has three platforms to allow for some W-line trains to turn back into downtown as not every train heading out west will travel all the way to the Jefferson County Government Center/City of Golden Station. The third track allows for this movement to occur. 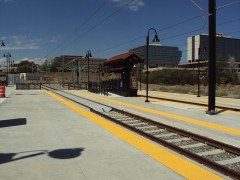 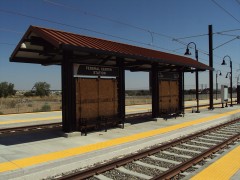 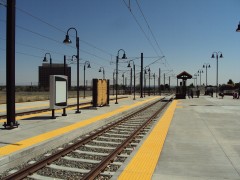 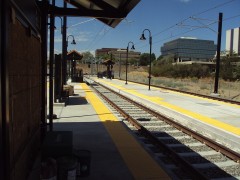 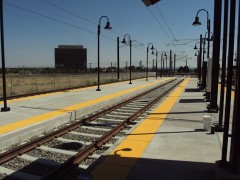 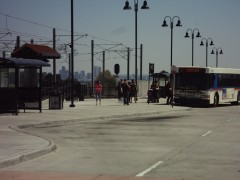 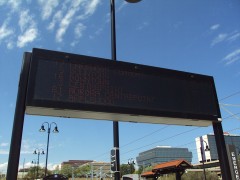 The Federal Center Station boasts the same amenities as we’ve seen along the rest of the corridor. 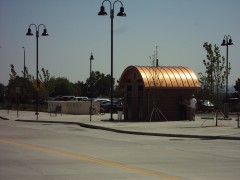 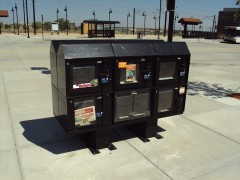 The station and park-n-ride is located directly north of the newly relocated St. Anthony’s Hospital, providing excellent access to a major medical institution. This will certainly be a major station along the West Rail Line. 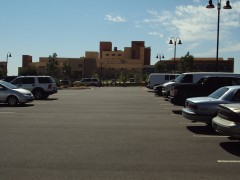 Next we will take a look at the Red Rocks College Station as we approach opening day next week.