With only eight days until the opening of RTD’s West line, here are some photos and new information to prepare you for the new line opening on April 26th. 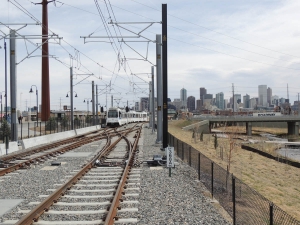 The new West line, known as the W Line, is 12.1 miles long and includes 11 new stations in addition to servicing four existing stations between Auraria West and Denver Union Station. The W Line will run every 7.5 to 30 minutes for almost 22.5 hours of continuous train service seven days a week! 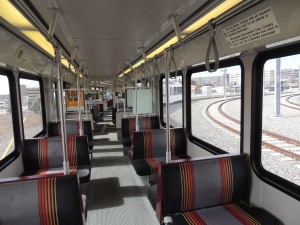 The trains that will be used on the West line are Siemens SD 160’s; the same trains that have been running along the Southeast and Southwest lines. Each vehicle is assembled in Sacramento, CA and is comprised of 5,000 pieces of steel and 26 miles electrical wire. 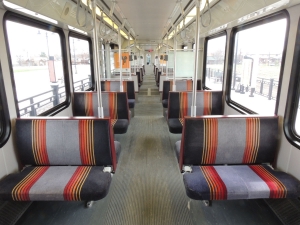 This same fleet will also be used on the I-225 and extensions to the existing light rail lines once they are completed. Similar models are also currently used in Salt Lake City, Calgary and Edmonton. Each vehicle can hold up to 185 total sitting and standing passengers and four wheelchair passengers. 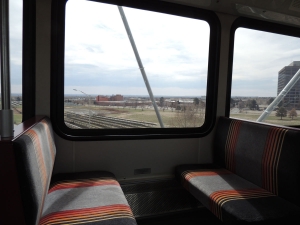 The East, Gold, Northwest and North Metro lines will all use a larger commuter rail technology. 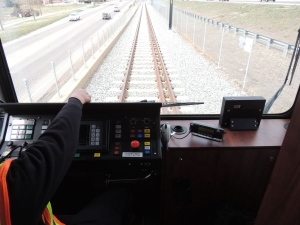 The Siemens SD160’s have a maximum operational speed of 55 mph and a maximum allowable speed of 65 mph. 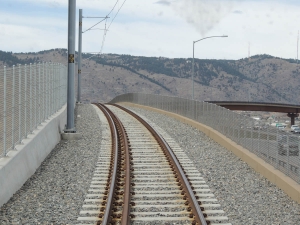 As an extra safety feature; each vehicle is equipped with automatic train protection equipment (ATP). This feature automatically issues cockpit warnings and applies the breaks if the vehicle exceeds the maximum allowable speed or passes a red light signal. Hopefully this new technology will never be needed, as the operators are all familiar with driving these trains. Just another reason to be excited about this new form of safe and efficient transportation within our metro area. 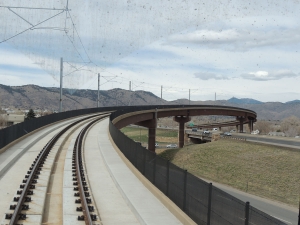 RTD recently put the West Rail Line schedule up on their website.

Be sure to re-plan your commute with the new light rail service and the adjustments to the bus schedules around this area.