What are Colorado’s densest neighborhoods?

Density is a good thing for urbanism. More density means more shops and amenities nearby, better transit service, and shorter walks. When communities are built around transit, walking, and biking instead of automobiles, more density actually makes them function better, not worse.

But what qualifies as dense? Overall city density figures are often reported, but they can be skewed by weird geographic features such as bodies of water, mountains, or giant airports inside the city limits. And even if they’re not skewed, every city has lots of variation between its neighborhoods.

A more telling statistic is the density of individual neighborhoods. Luckily, the US Census Bureau publishes density statistics for “census tracts,” which are neighborhood-sized geographic units.

Using census.gov, it’s possible to generate maps illustrating the density of census tracts in any county in the United States. This post will explore some of Colorado’s most populated areas. If you want to make more maps of your own, here are instructions explaining how to do so.

Denver:
Residential density in Denver is centered in Capitol Hill, which contains Denver’s 3 densest census tracts. The densest one has over 23,000 people per square mile (ppsm). While that beats every other central city in Colorado, Arapahoe County has one tract that’s denser. 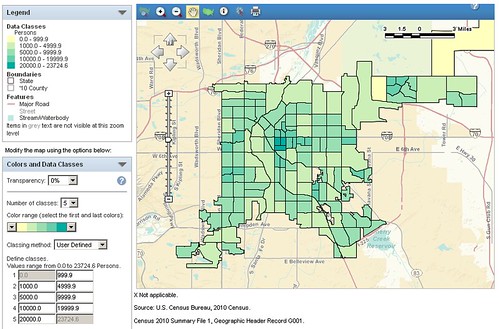 Arapahoe County:
Who’d have thought Colorado’s densest place wouldn’t be central Denver, but southern Glendale? At a little over 31,000 ppsm, the section of Glendale south of Cherry Creek and east of Cherry Street tops the state. 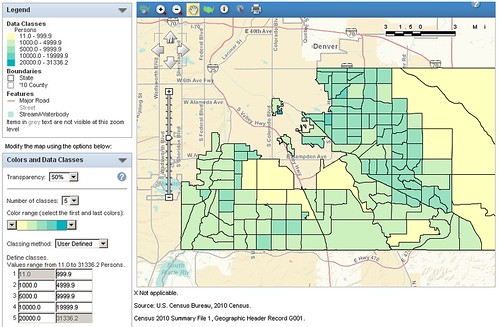 Adams County:
With 2 tracts in the 15,000 ppsm range along Colfax in Aurora, Adams’ peak is half that of Arapahoe, but still high. 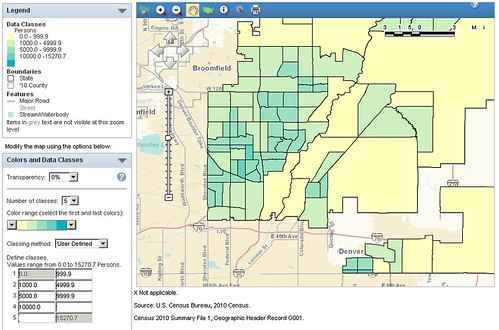 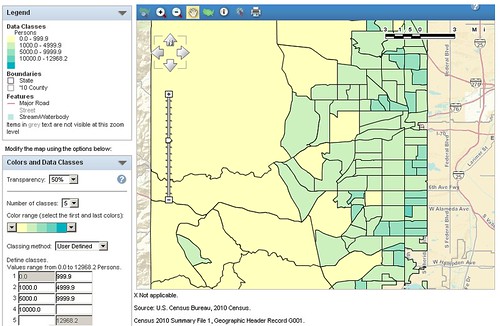 Boulder – Boulder County:
Although it can’t match Denver’s density, Boulder’s 3 tracts above 10,000 ppsm and peak above 15,000 ppsm is very respectable. It’s about the same as Colfax Avenue in old Aurora. 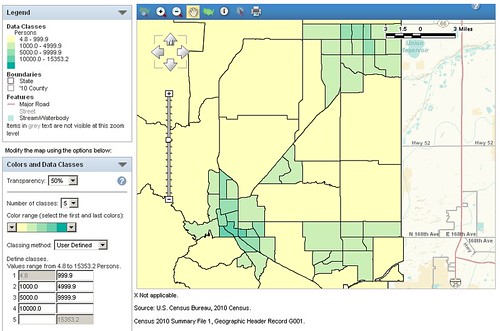 Colorado Springs – El Paso County:
With a peak density of just 9,000 ppsm, the Springs doesn’t have any neighborhoods that even come close to approaching Boulder, much less Denver. Oddly, the core urban neighborhoods don’t appear to be any denser than the outer suburban ones. 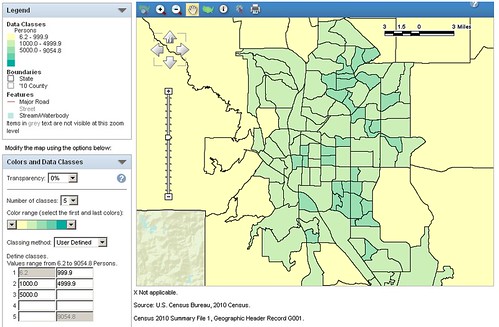 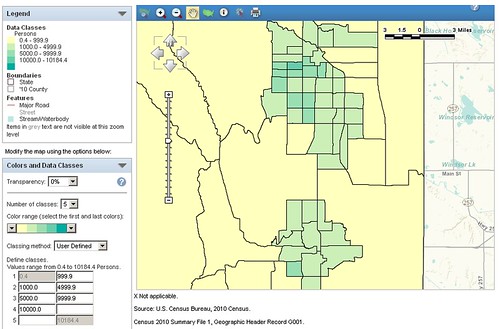 Pueblo – Pueblo County:
Like the Springs, Pueblo’s core neighborhoods are about the same density as its outer ones; in fact, the densest tract is the one at the very north end of the city, with just under 8,000 ppsm. 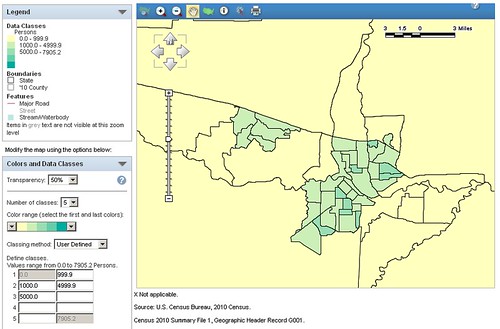 In a future post, we’ll look at the neighborhood density of large cities around the country, including New York and Los Angeles.