Time to get back to our West Corridor updates in preparation for its opening on April 26 (only 106 days away)! An archive of past updates can be found here.

The platform itself has a canopy design unlike any seen throughout the rest of RTD’s light rail network. The City of Lakewood paid about $2 million for an enhanced design that includes a slick canopy design – meant to be reminiscent of the Chinook winds seen during Colorado’s warm Indian summers. Lakewood views this station as their chance to “wow” passengers and make the Wadsworth Station their most visible station. 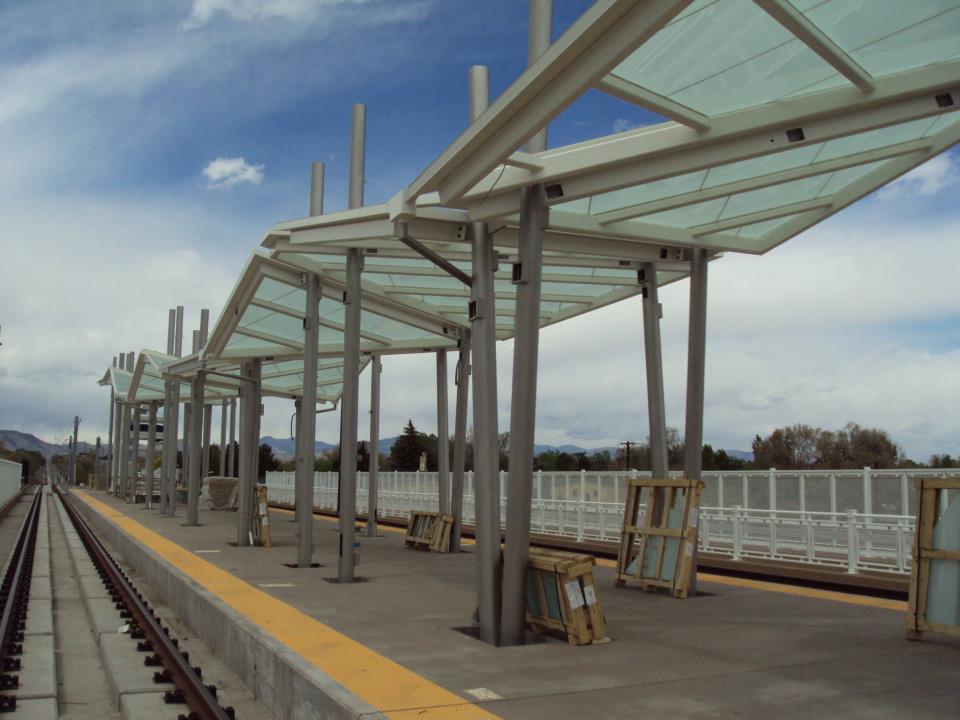 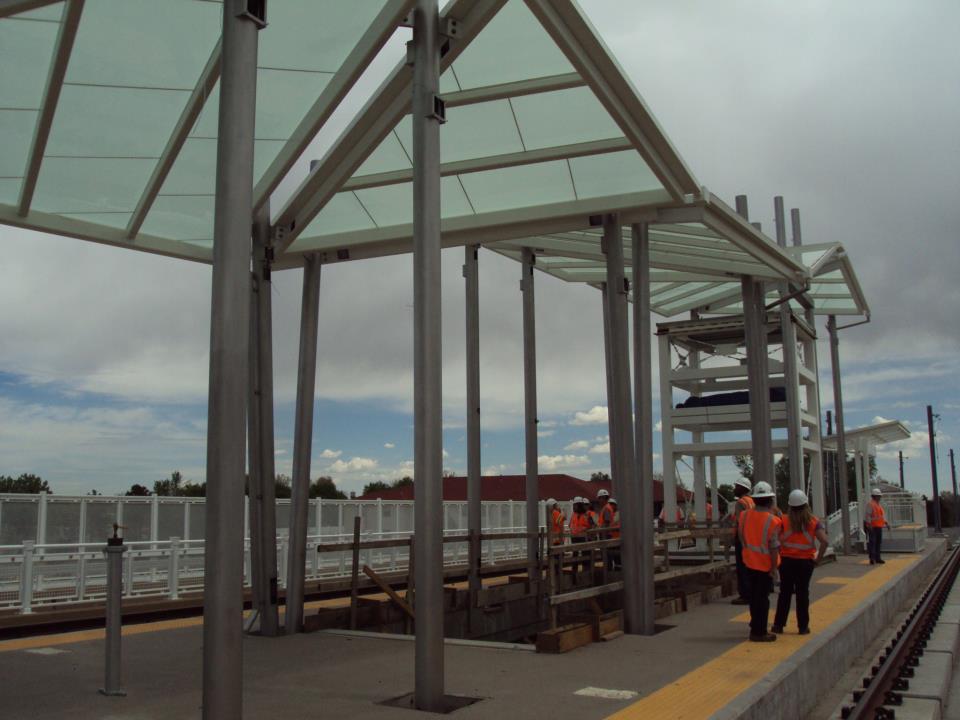 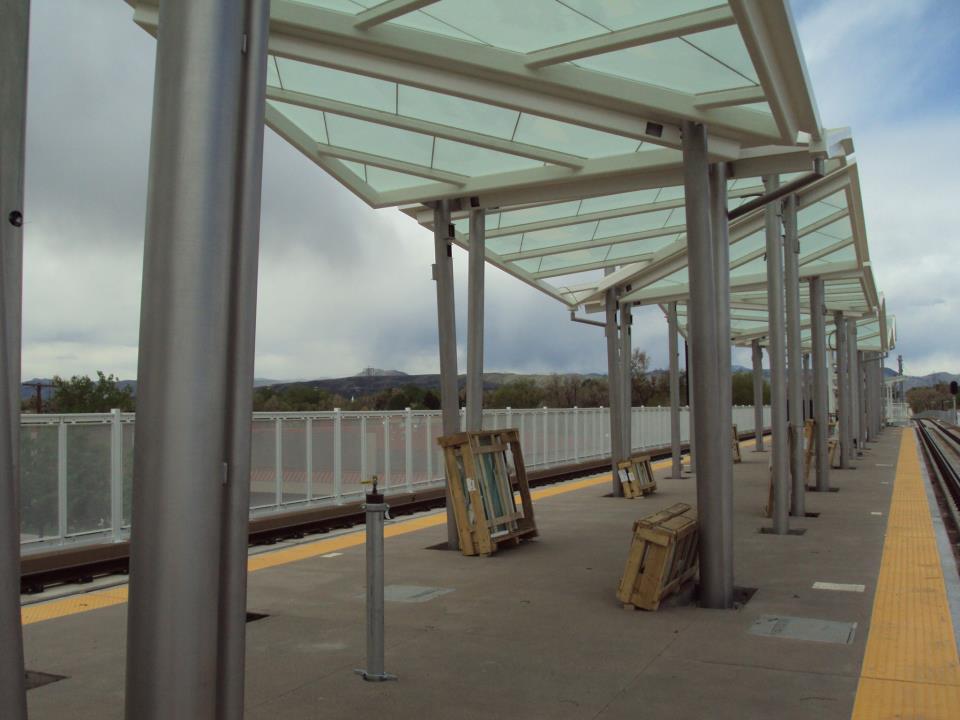 The panels, while opaque, will help block sunlight during the hot summer days and provide some relief from the heat while allowing light to penetrate through and help warm us on our cold winter days, as well. 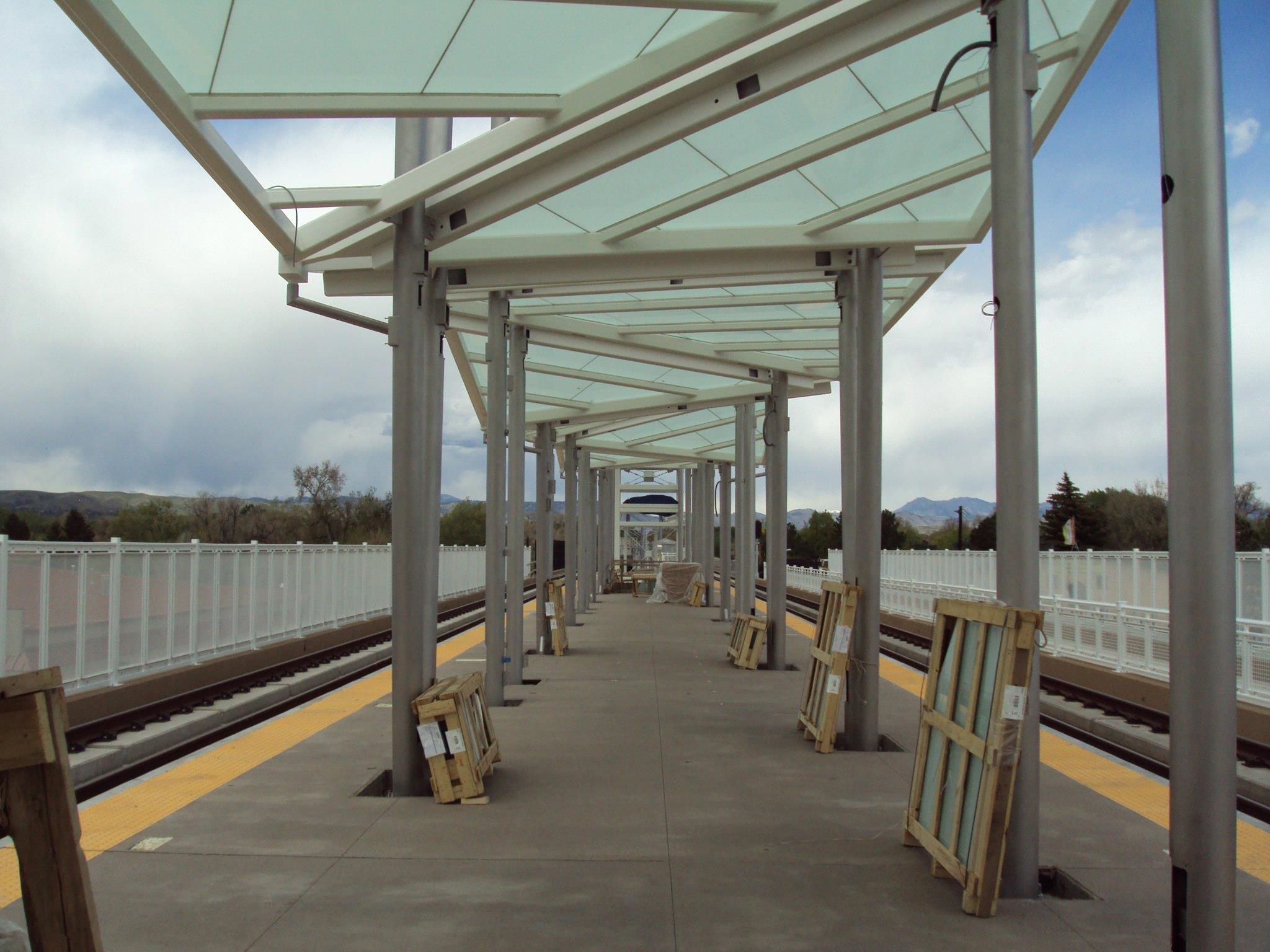 The station also features staircases and elevators on either end of the bridge to allow easy access to the platform from both sides of Wadsworth. RTD estimates nearly 6,500 people will utilize the station by 2030 making connections like these invaluable.

To make the bridge lighter (and therefore cheaper to construct), RTD elected to remove the ballast and fix the rails directly to the bridge deck as the train crosses Wadsworth.

The canopy has a slick lighting scheme at night as well, easily visible from both directions along Wadsworth. Be sure to check it out if you’re out that way.  Next time, we will take a look at the Garrison Station.