2013 will be a busy year for RTD’s East Rail Line. Since the ground breaking earlier this year, East Rail Line construction has hit the ground running – design details are being finalized and ground has been broken on the future railway. The 22.8-mile corridor will be an essential link between the heart of urban Denver – Denver Union Station – and Denver’s gateway to the rest of the world – Denver International Airport. The line is expected to open in 2016; however, the bulk of the actual transit related construction is slated to occur in 2013 and 2014. 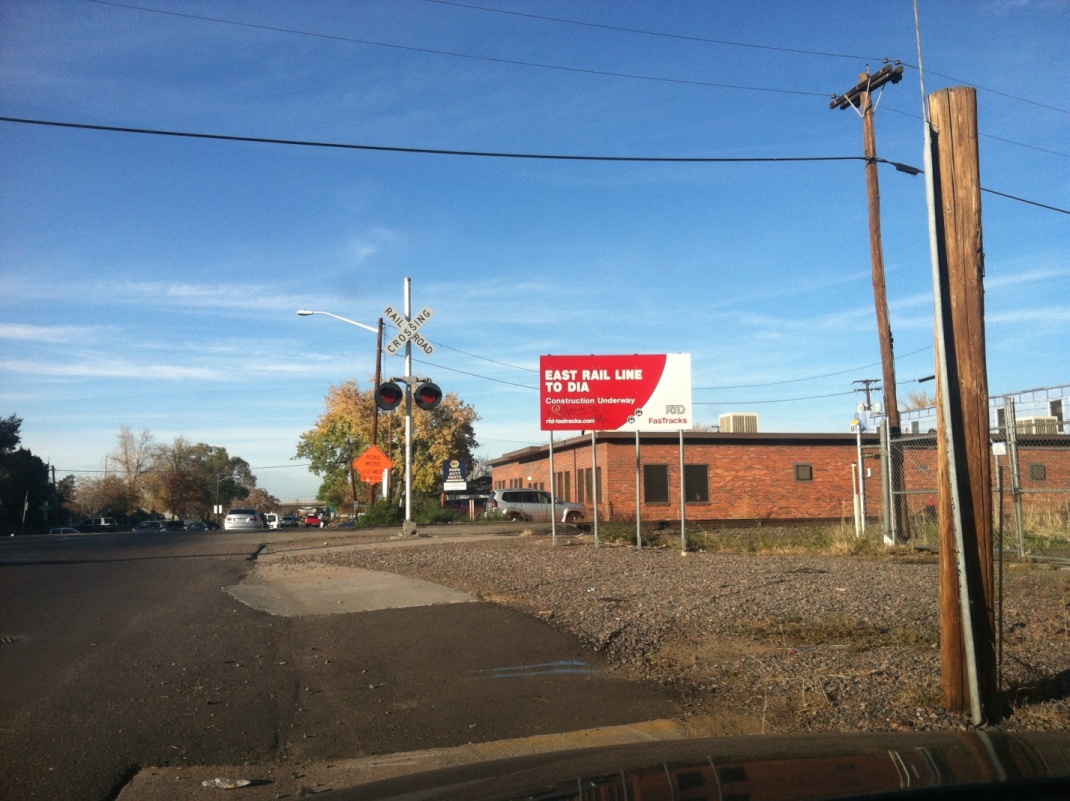 As construction progresses, I will bring updates on both the stations and the rest of the corridor between stations. Although the East Rail Line is primarily a transit connection between Denver Union Station and DIA, there will be a multitude of other transformations that will occur both directly and indirectly as a result of this project. Starting from Denver Union Station, riders will pass through very different and progressively less urban areas until they reach the airport. The designs, intentions, and processes will be very different in each of these segments.

Station by station and segment by segment, if there are specific areas or details you would like to see more updates on, feel free to leave comments in the comment section and I will be sure to follow up. On Monday, I will provide our first update on the most urban segment of track between Denver Union Station and the station in RiNo at 38th and Blake Streets. Check back over the course of the week as I will post an update about each of seven segments that will make up the East Rail Line. In the mean time, here’s a great interactive map and a more detailed flyover from RTD to help familiarize you with the exact route and different aspects of the East Rail Line project.

Robert Wilson is a Denver resident, transit enthusiast, community servant, as well as a planning and real estate professional. He graduated the University of Colorado in 2010 with a Bachelor’s degree in Environmental Design and has since worked for Northeast Denver Housing Center. Over the years he has worked in public, private and public non-profit planning agencies in the fields of environmental justice, geographic information science, real estate development, infill redevelopment and construction management. At DenverUrbanism.com, Robert will be providing updates on the East Line developments as well as other significant developments in the Northeast side of our city.