Construction crews are working on the rail line’s approach to the 38th/Blake Station.  The station is the first stop after Denver Union Station is located in the River North neighborhood, colloquially referred to as RiNo. This is also the station where the future Central Corridor Extension will connect with the East Rail Line. Utility relocation work is underway, and it appears that this land will be used (at least temporarily) as a construction staging area. 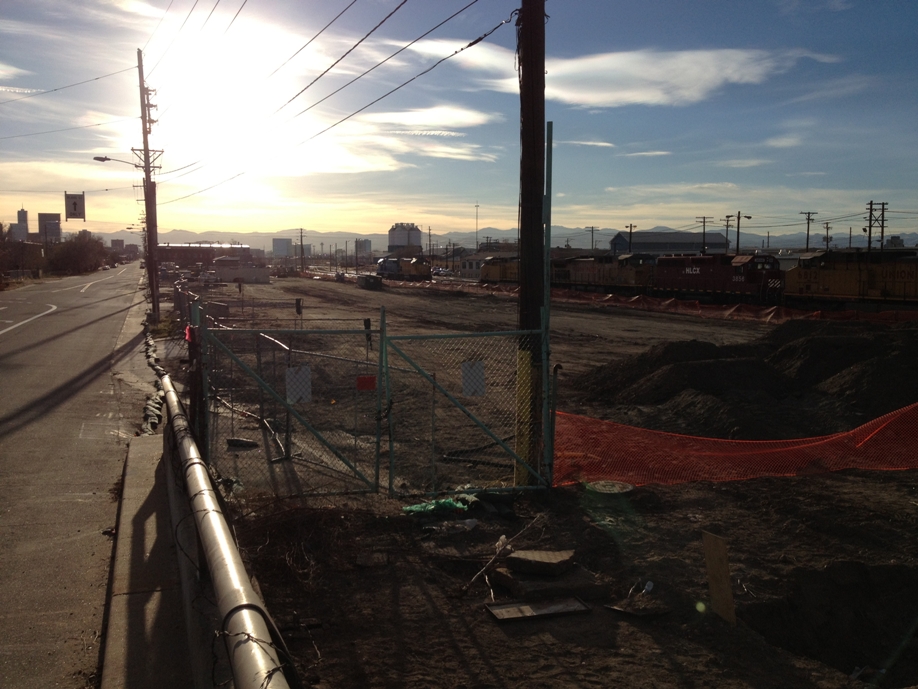 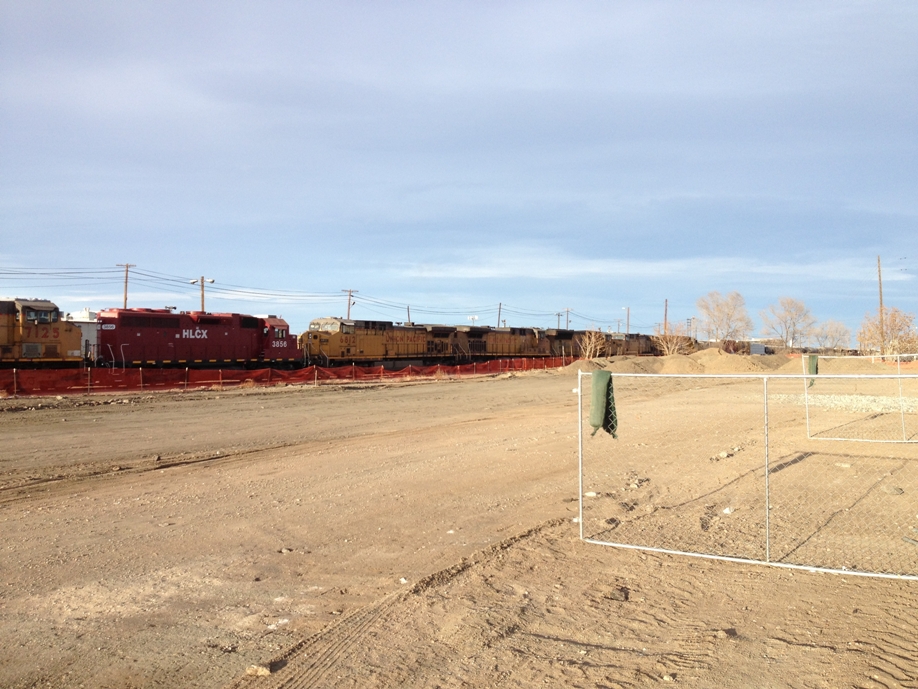 The next photo is taken from the same location, but facing northeast. It shows how the East Rail Line will run to the southeast of the Union Pacific tracks along Blake Street. If you are familiar with this area, you will notice that there have been a number of demolitions near where the station will be. Demolition for the station and associated plaza site is complete with the removal of the old Denver Tofu Company building just north of the Washington St. underpass beneath the Union Pacific tracks. 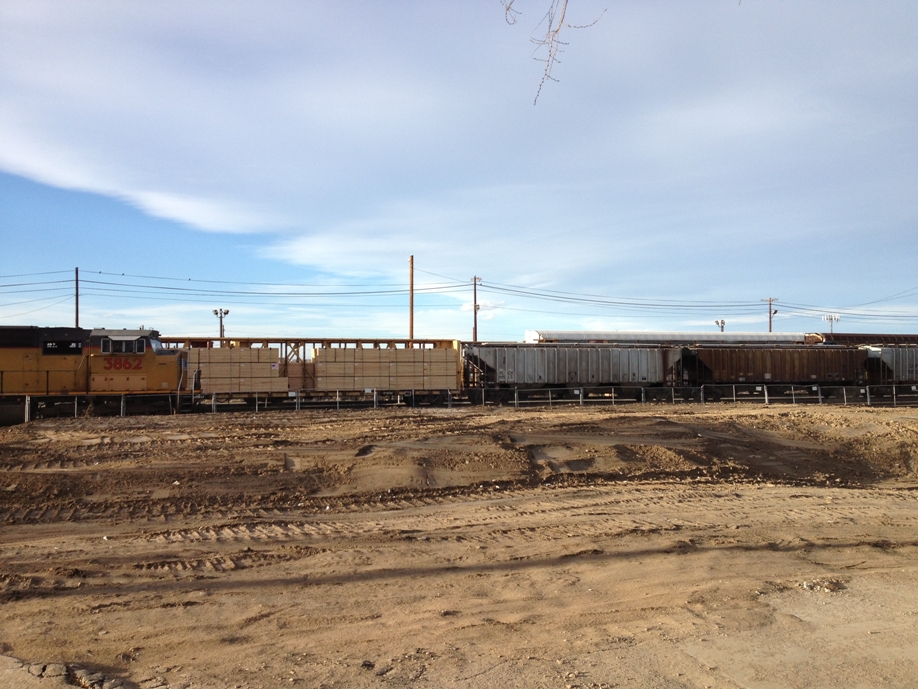 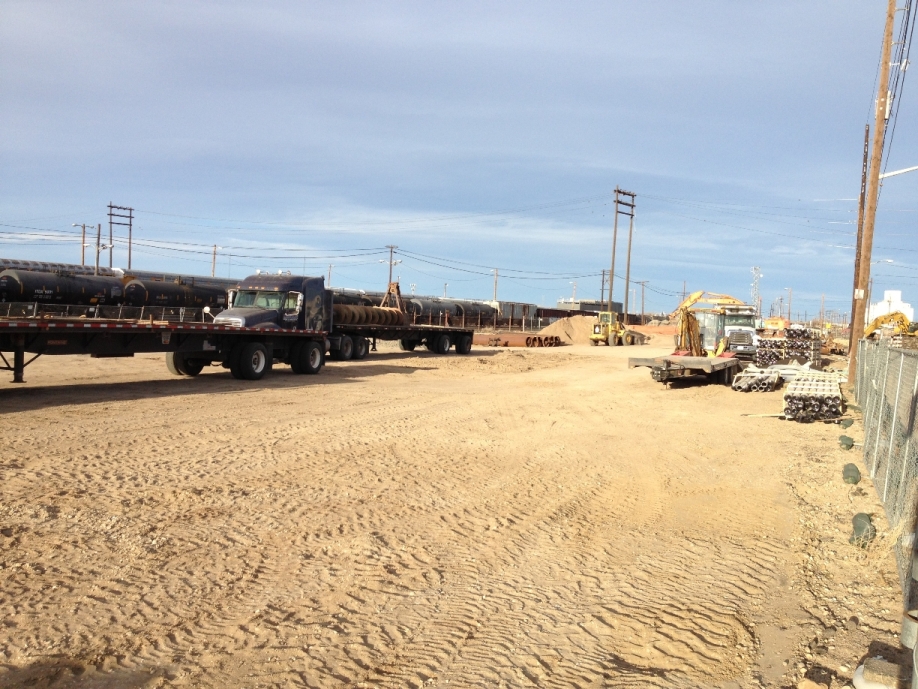 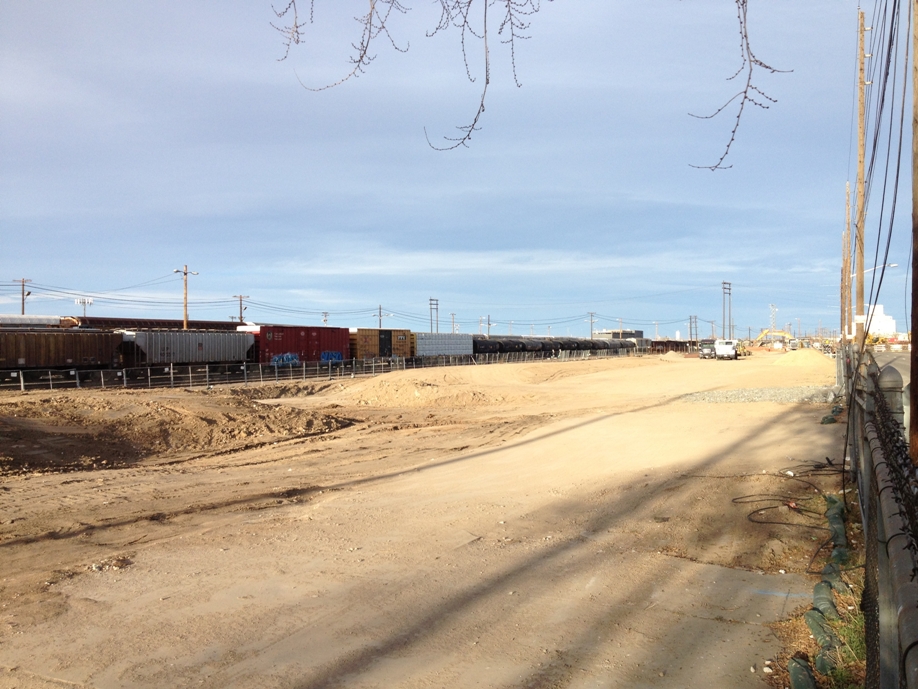 While RTD has not yet started construction on the 38/Blake Station itself, multiple parcels bounded by 38th Street to the north, Walnut Street to the east, and 36th Street to the south have been demolished paving the way for this right-of-way as well as a future transit-oriented development. The Urban Land Conservancy has purchased 1.4 acres across Blake Street from the future station site with intentions to build affordable housing there in the near future. More information can be found here.

Next time, we will take a look at the construction occurring just north of the now-closed 40th Avenue and the approach to the future 40th/Colorado Station.