I’m late posting these pictures, but it’s better late than never. Thanks to the folks at RTD and the DUS Project, I was lucky enough to be invited on a site tour of the $500 million Denver Union Station redevelopment project a few weeks back. We saw the construction of the second half of the bus box close to the historic station, the work going on inside the portion of the bus box already built, as well as the plaza space close to the new light rail station.

The day of the tour was coincidentally the day of one of the major concrete pours for the floor of the new bus box. There were going to be a total of eight pours required to complete the floor – that’s a lot of concrete. Notice the intricacies in the rebar required for the bus box. 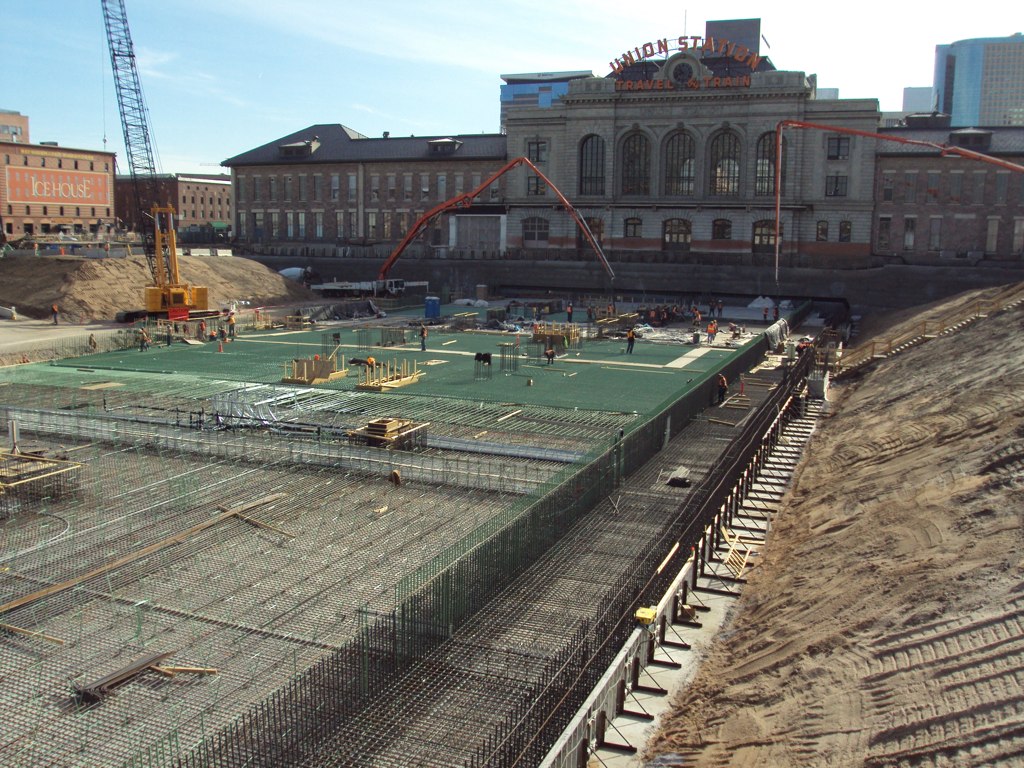 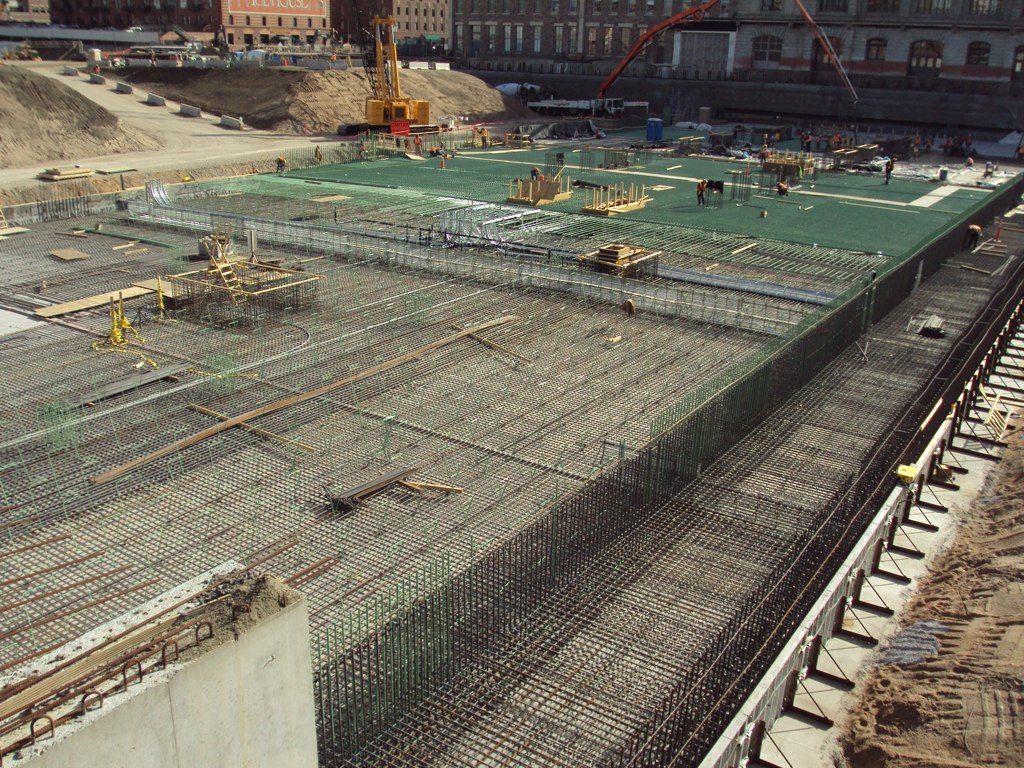 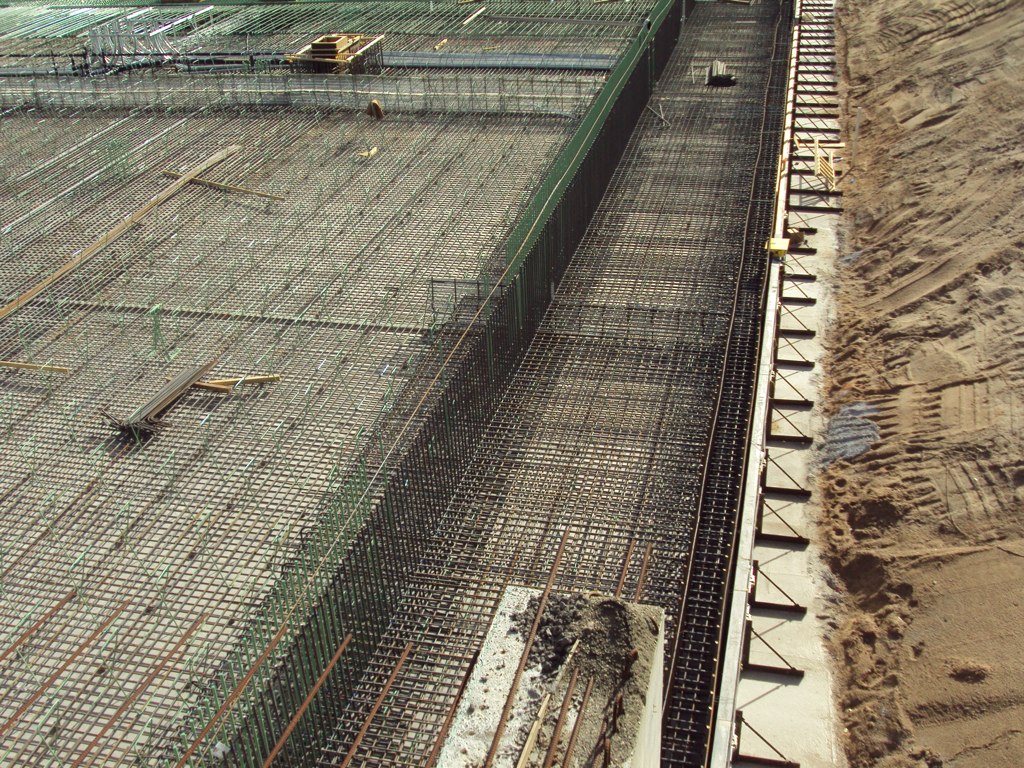 I think one of the biggest improvements (besides simply access and capacity) over the future DUS Bus Station over Market Street are the new skylights being installed to allow natural light to flow in. Market Street Station usually seems like a cave, even on very sunny days. It also feels dank and compact with the absence of anything resembling natural light. The future DUS Station will have very large skylights (I believe a total of seven) to bring in natural light. 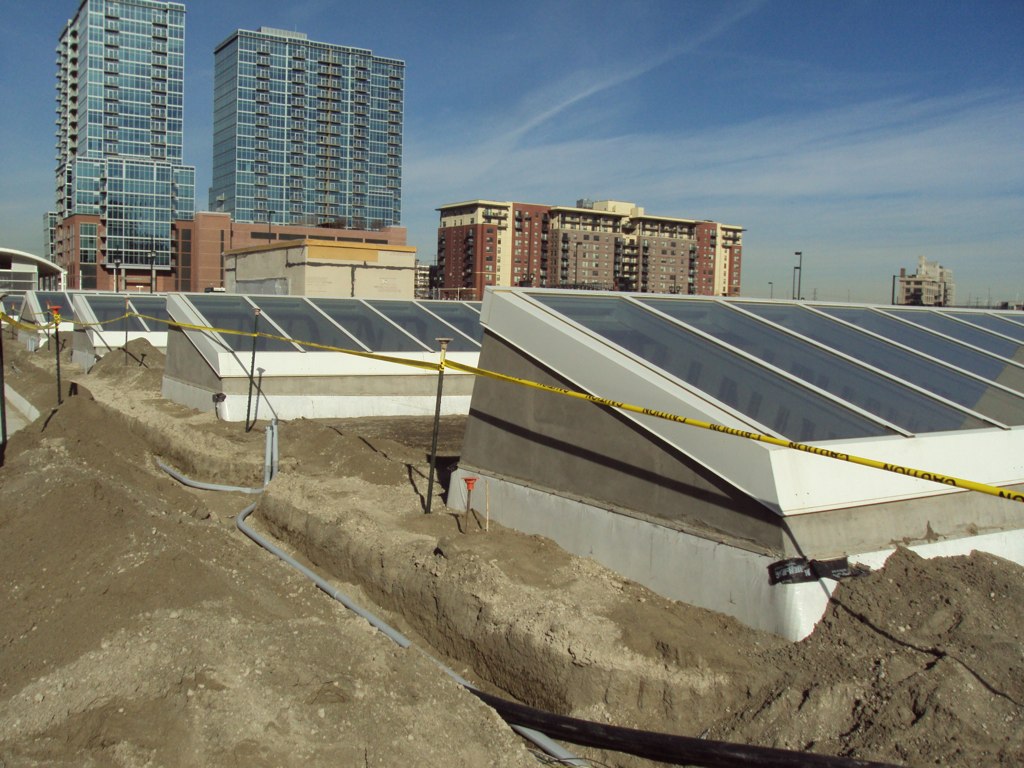 As most of us know, the portion of the bus box that has been constructed is a little more than half of the future DUS Bus Station. It spans from just west of the Wewatta Street alignment out towards the Consolidated Mainline tracks and the new light rail station. The bus box seems surprisingly spacious, however, once the interior walls are constructed, I’m sure it’ll not feel so large. Not compact or tight by any means, but probably not as roomy. 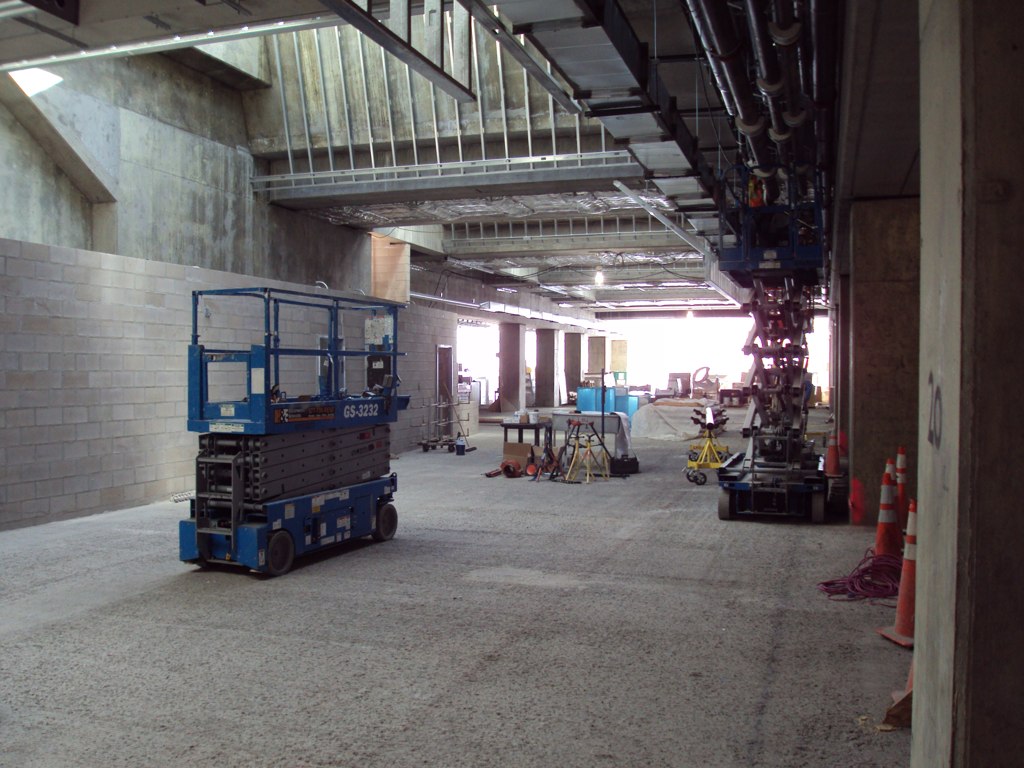 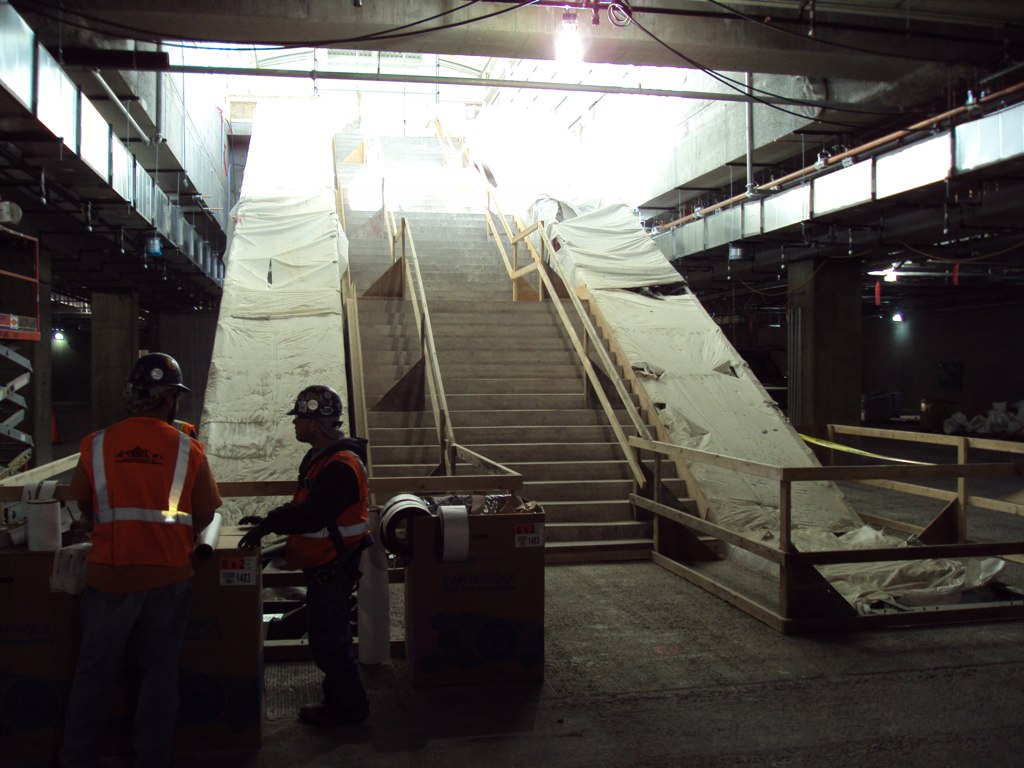 Crews are currently working on interior utilities (water, power, exhaust, etc.) and to say it looks complicated is an understatement. 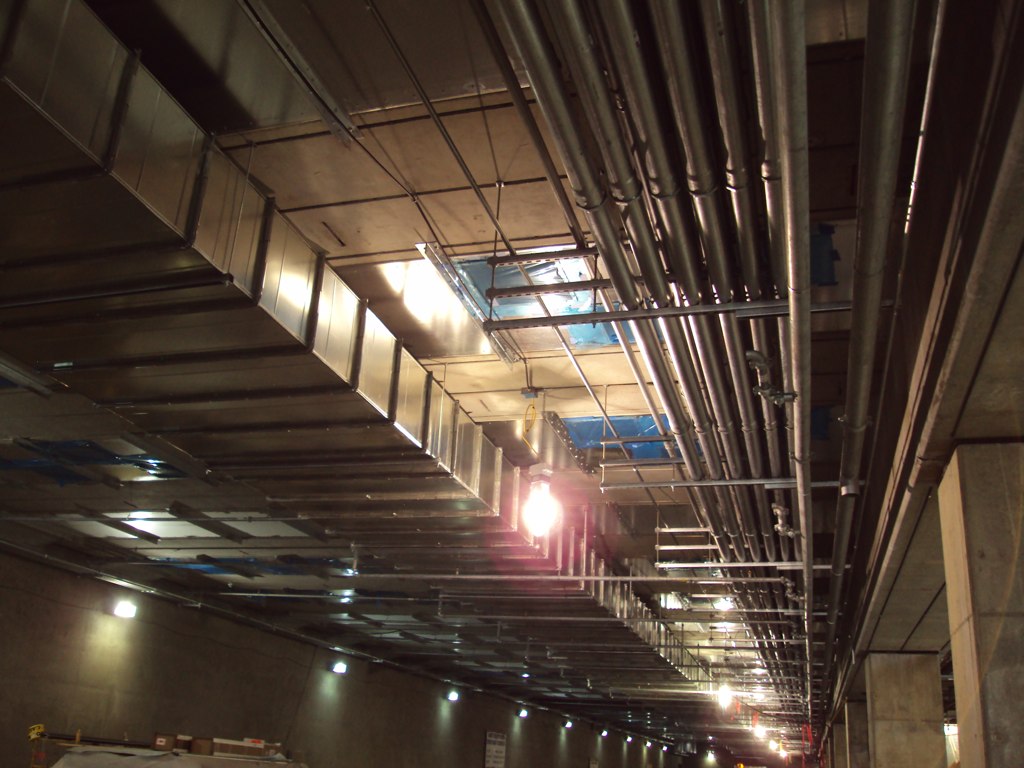 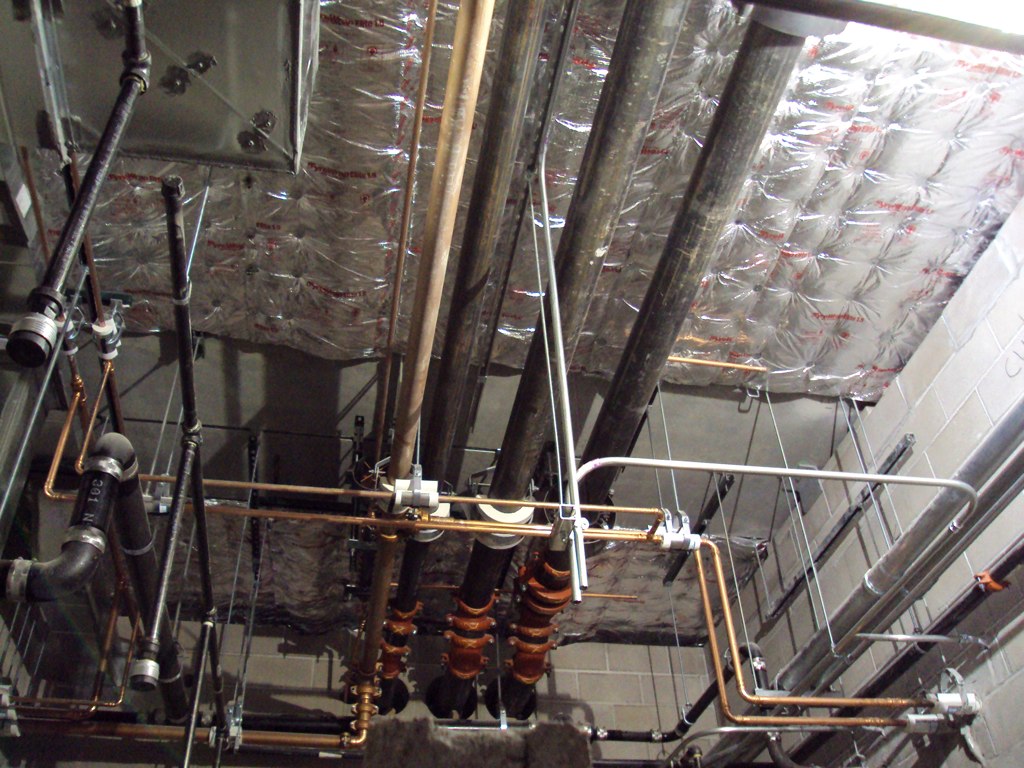 One of the more visible components of this project that sparked some of the most intense discussion are the three air intake/exhaust outlets on the western end of the bus box. They’ve been temporarily wrapped in blue plastic to protect their white exterior during construction, but will be unwrapped when construction’s complete. One of the outlets is for air intake, one for exhaust, and one is going to be used only in emergency situations (bus fire, station fire, etc). You’ll notice they’re not perfectly vertical either – this was done on purpose. The designers used analysis looking at how air flows through the site to ensure that the air exhaust doesn’t feed right into the air intake. That’d obviously not be a good thing. The outlets have a bit of a sculptural quality to them, which we’ll see once they’re unwrapped. On the plus side, their blue wraps makes for a cool blue hue in the bus box below. 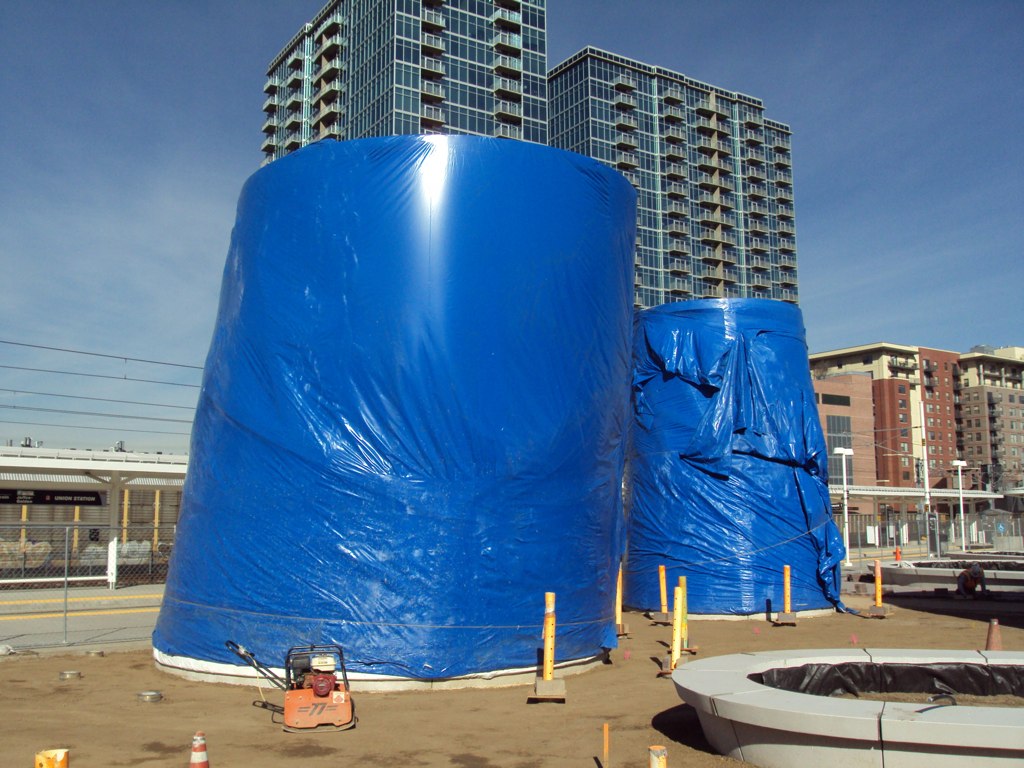 The plaza up above the bus box and directly adjacent to the new light rail station is starting to take shape as well. The pavers are being laid and the area will be landscaped soon to take advantage of the time without passengers to help them get established. Notice the large planters – the edges of these planters are the perfect height for people to sit on. 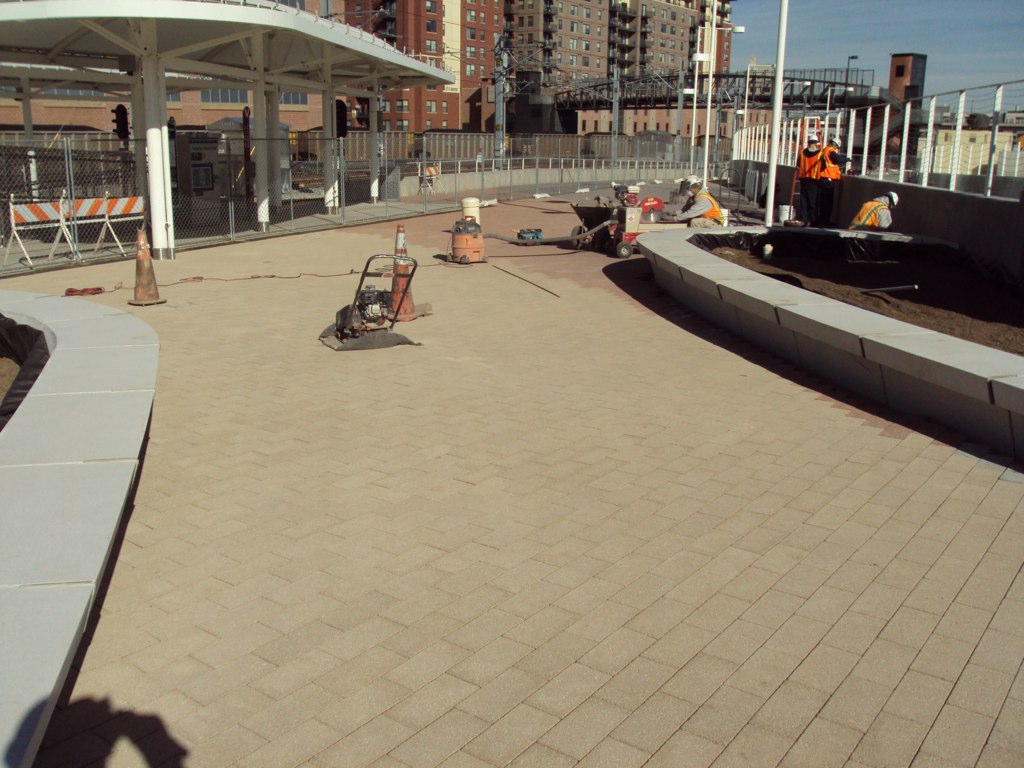 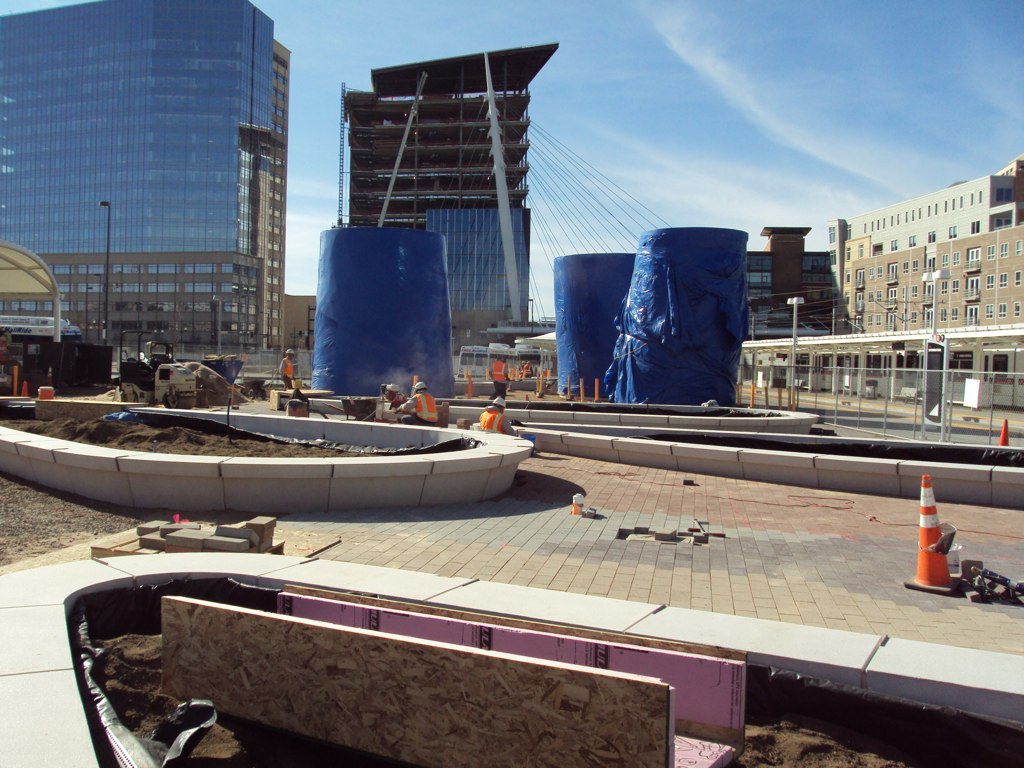 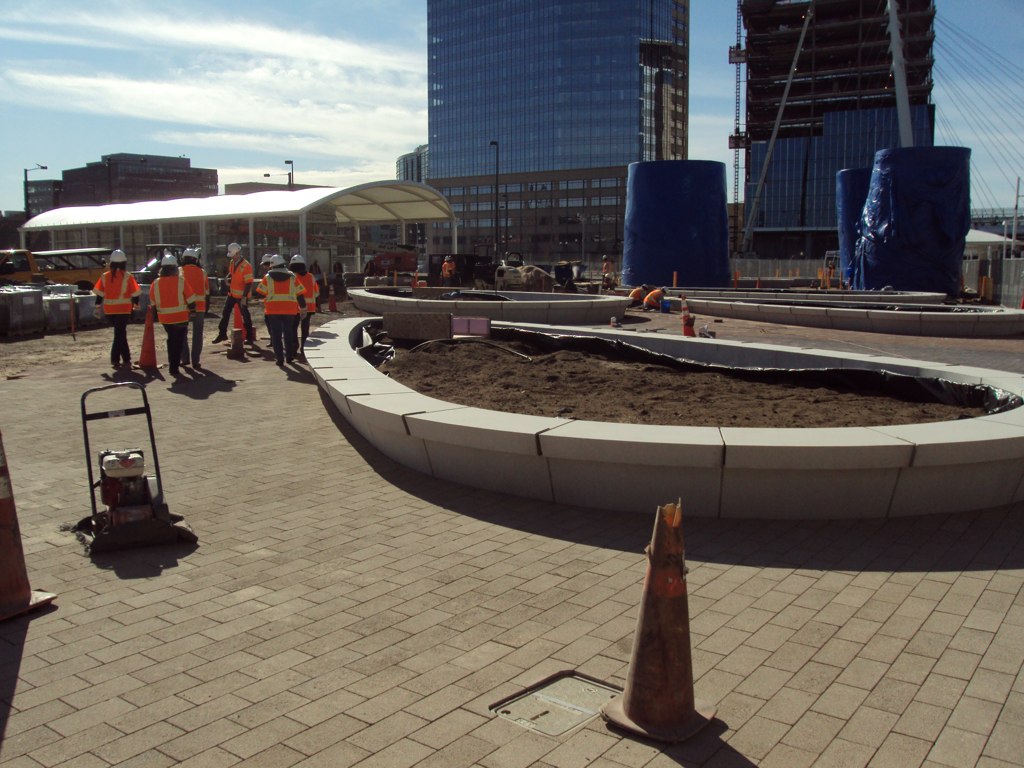 As you can imagine, the area is buzzing with activity. There are workers all over doing everything from pouring concrete at the bus box floor to building flagtone-lined planter beds in the plaza area. 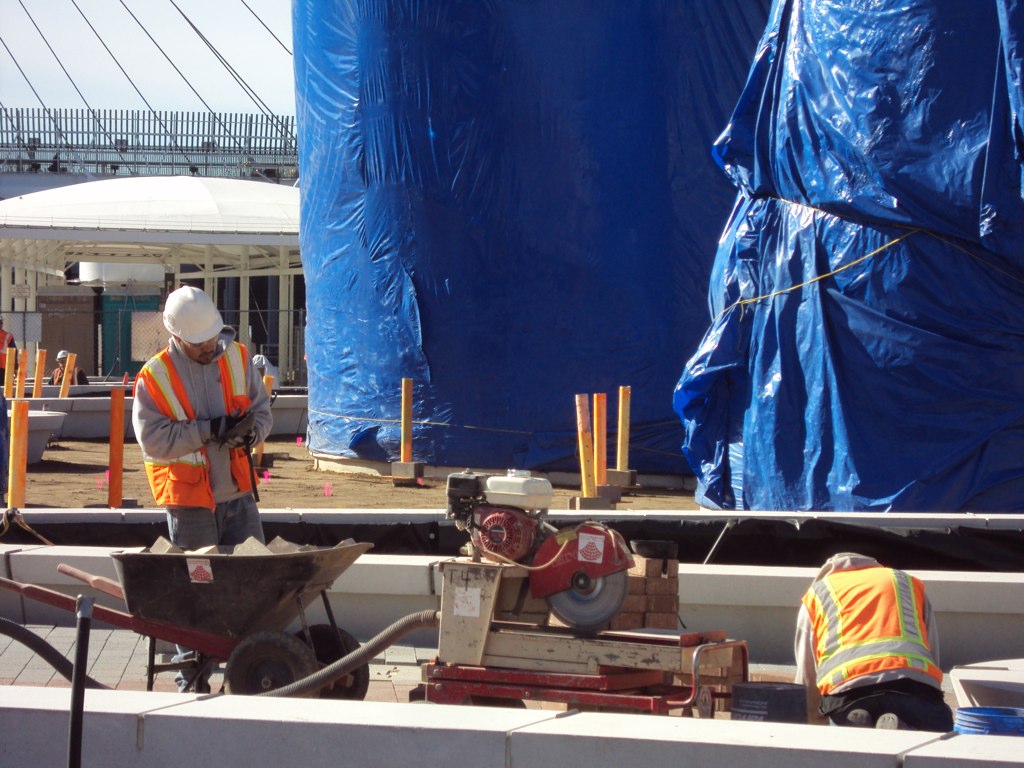 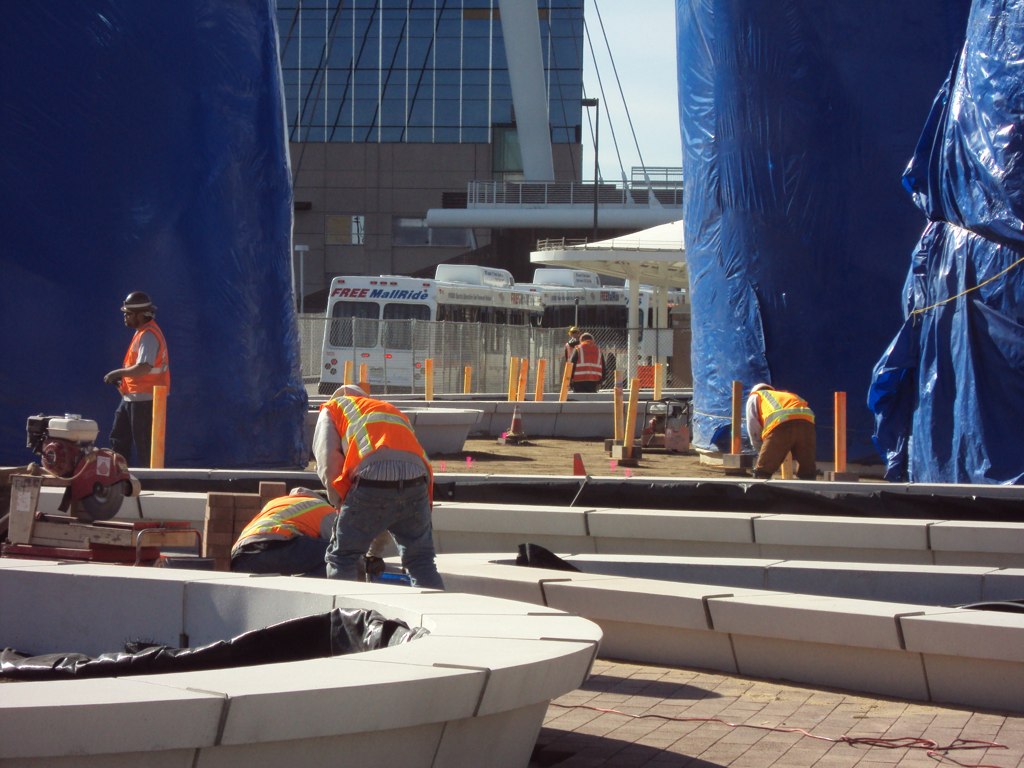 This project has come a long way in a short time, but we’ve still got two more years of construction before its all done. The second half of the bus box will be buried, Wewatta Street reconstructed, interiors of the bus box will be completed, the 17th Street Promenade area will be constructed, and the commuter rail station (among many other smaller projects) will be completed all within the next two years. When combined with the transformation of the historic station into a hotel and other private development projects in the CPV, the DUS area will be a mecca of construction over the next few years.