In the previous post announcing yesterday’s official release of detailed Census 2010 data for Colorado, I provided a list of the Colorado municipalities over 10,000 and their new population figures. Today, as a follow-up to that post, here are two Top 10 municipalities lists. 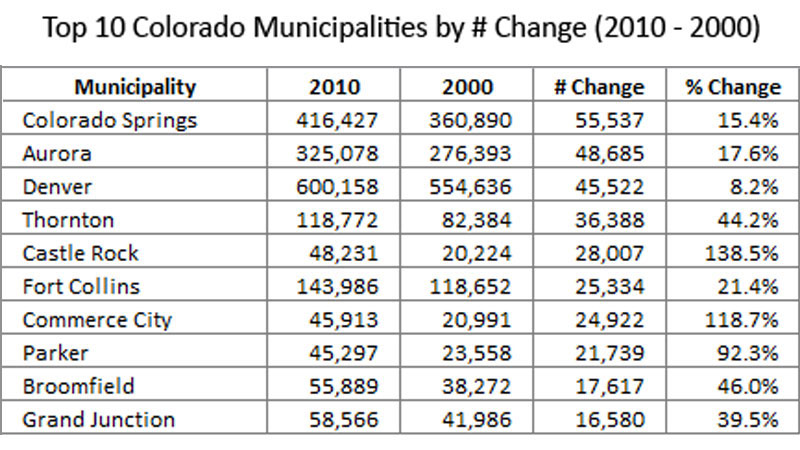 Colorado’s three largest cities: Denver, Colorado Springs, and Aurora, were also the top three cities in the state in Numeric Change, with these three cities closely clustered together at the top within a range of 10,000 of each other. Seven of the Top 10 Municipalities in Numeric Change are located within the greater metropolitan Denver area. 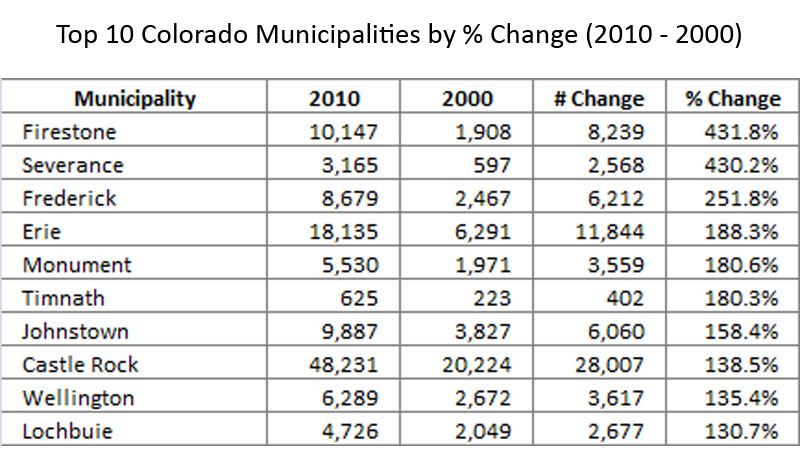 Dominating this list are exurban communities in the northern Front Range urban corridor, such as Firestone, Severance, Frederick, Erie, Johnstown and Lochbuie in Weld County, and Timnath and Wellington in Larimer County. At the leading edge of growth, communities like these experience a significant percentage increase given their relatively smaller 2000 base populations.

Next up: a look at Colorado counties.