The detailed 2010 Census data for Colorado was released yesterday. The City and County of Denver broke the 600,000 barrier, barely, with a population of 600,158. This is the first time Denver has reached the 600,000s.

Here’s a table showing the new 2010 census populations for all Colorado municipalities with a population over 10,000, and a comparison to their 2000 population figures.

I’ll have more on the new Census results soon. 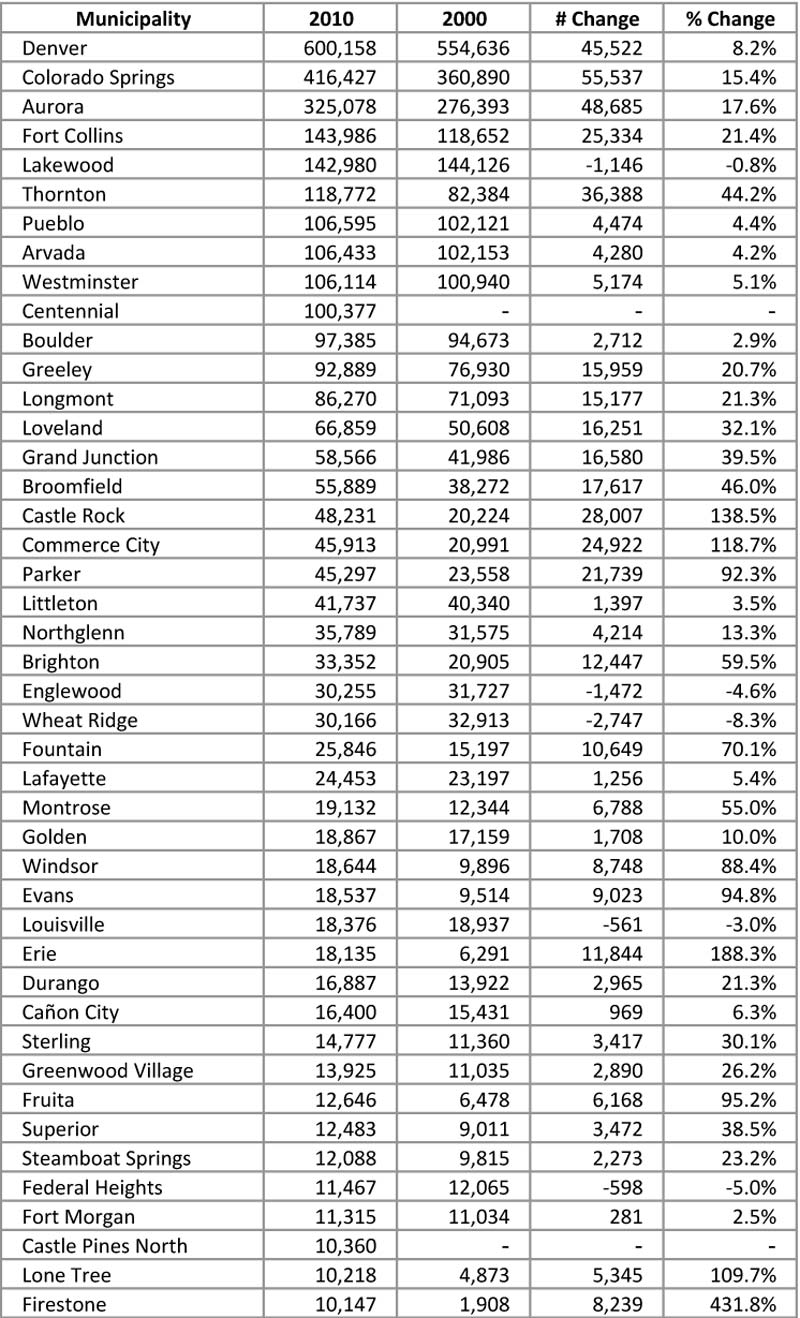