This project can be described pretty simply: You know the right-turn-only lane that veers off of eastbound Colfax for southbound Broadway that creates a double pedestrian-crossing environment? It’s going away! Here’s a GoogleEarth image with an overlay (by me) that shows the planned improvements (click to embiggen): 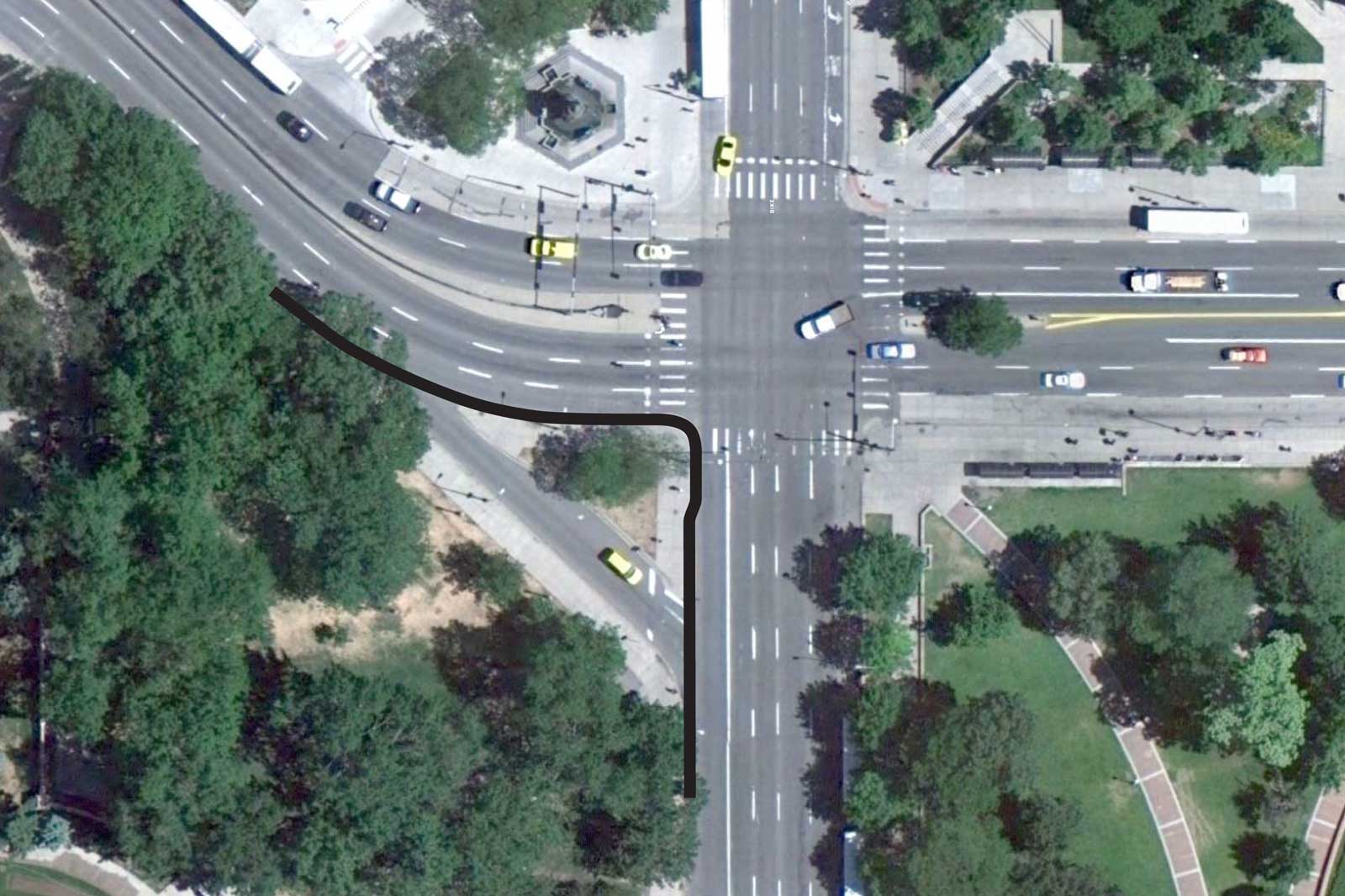 It’s not earth-shattering, but it is a +1 for Downtown Denver pedestrians.

One down, a few thousand to go.