A couple of weeks ago, I was able to take a tour of the Montessori Academy of Colorado (MAC)’s recent renovation of the Ideal Laundry building in historic Curtis Park. The school’s administrators were gracious enough to guide me through the building so that I could learn more about the project and take some photographs. 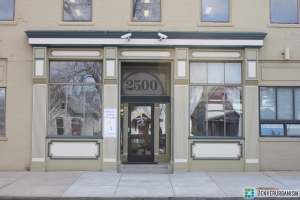 I planned the tour with the singular intention of writing about the adaptive reuse of the historic Ideal Laundry building.  But as I experienced the building within its urban context, and as I learned more about the students’ experiences with the same, I decided that that to simply write about the building would be to pass up an opportunity to address another topic that deserves its own space for discussion: the child’s experience within the urban environment.

The word “urbanism” has many connotations, but most definitions incorporate the interaction between human beings and the built environment.  Land use, transportation, infrastructure, infill, adaptive reuse. All relevant topics that we urbanists love to unpack, discuss, and debate.  How can we incorporate more affordable housing in Denver? What makes a city bike-friendly? How do we economically revitalize a neighborhood without gentrification? These are worthy questions.

As I made my way through the child-scaled spaces of MAC’s hallways and classrooms on my recent tour, I realized that we rarely address the topic of urbanism from the perspective of a child. Even when we advocate for walkable neighborhoods, traffic calming devices, and more open green spaces in cities (all urbanist concepts that are undeniably beneficial to children), we rarely truly attempt to view the urban environment through a lens that is six years old and three feet tall. What does it feel like for a kid to get on the light rail for the first time? Or to see a homeless person sleeping in the park? How do children fit these urban experiences into their developing worldviews?

We know that the vast majority of American children live in suburban, and not urban, environments. And though there are a variety of benefits that can come with an American suburban upbringing, it can also be an isolating and mundane experience. Many suburban children are chauffeured from point A to B in the backseats of their parents’ cars. Their interactions with strangers rarely extend further than the nice lady behind them in the checkout line at the grocery store.  And when they go outside, they are sequestered in designated play spaces with child-safe recreational equipment bolted into the ground. The dense, vital, urban environment of the city is something these children don’t often experience, much less learn to love.

But the city can be an excellent teacher. Children are inquisitive and curious creatures, and the city possesses no shortage of opportunities for observation, interaction, and stimulation.

On my tour, I learned that MAC’s elementary school incorporates this idea into their program by utilizing a Placed-based Educational philosophy.  Place-based Education uses engagement with the community as a teaching tool by exposing children to local people, places, and experiences that contribute positively to their social and cognitive development.

MAC calls the Place-based portion of their curriculum “Community Experiences”, and devotes almost an entire day each week to the program. Often, they walk with the students to the neighborhood Curtis Park Deli (which, by the way, has fantastic sandwiches) to buy milk for their lunches. Last year, they “adopted” Mestizo Curtis Park for an Earth Day event, pictured below. 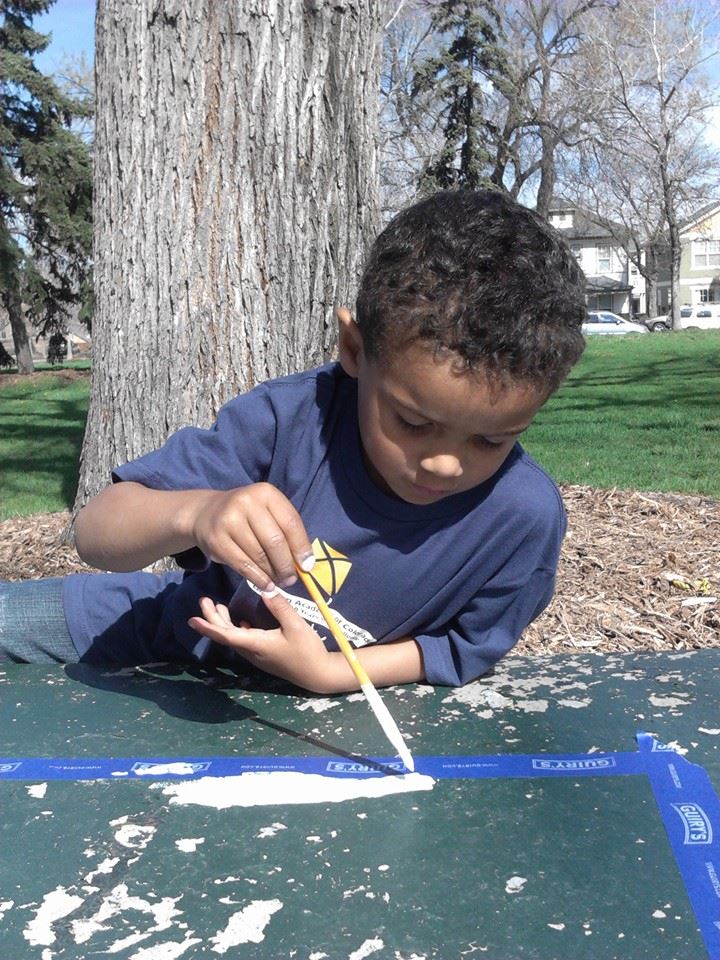 For those Community Experiences that take them beyond a walkable distance, the students are given RTD passes and are treated to an annual visit from an RTD driver who instructs them on public transportation safety and etiquette.

A weekly urban safari is a wonderful opportunity for these kids to escape the confines of school grounds, but MAC’s Community Experiences play a much more significant role in their development.  The children are exposed to the vast wonders and curiosities of the city, learning to familiarize themselves with and navigate environments that are scaled for adults, both physically and socially. They discover themselves as members of a larger community that exists outside their small circle of family and friends, and they begin to understand the greater context of which they are a part.

MAC is exploring the nexus where child and city can meet, and the child can learn to love the city.  This too, is urbanism.