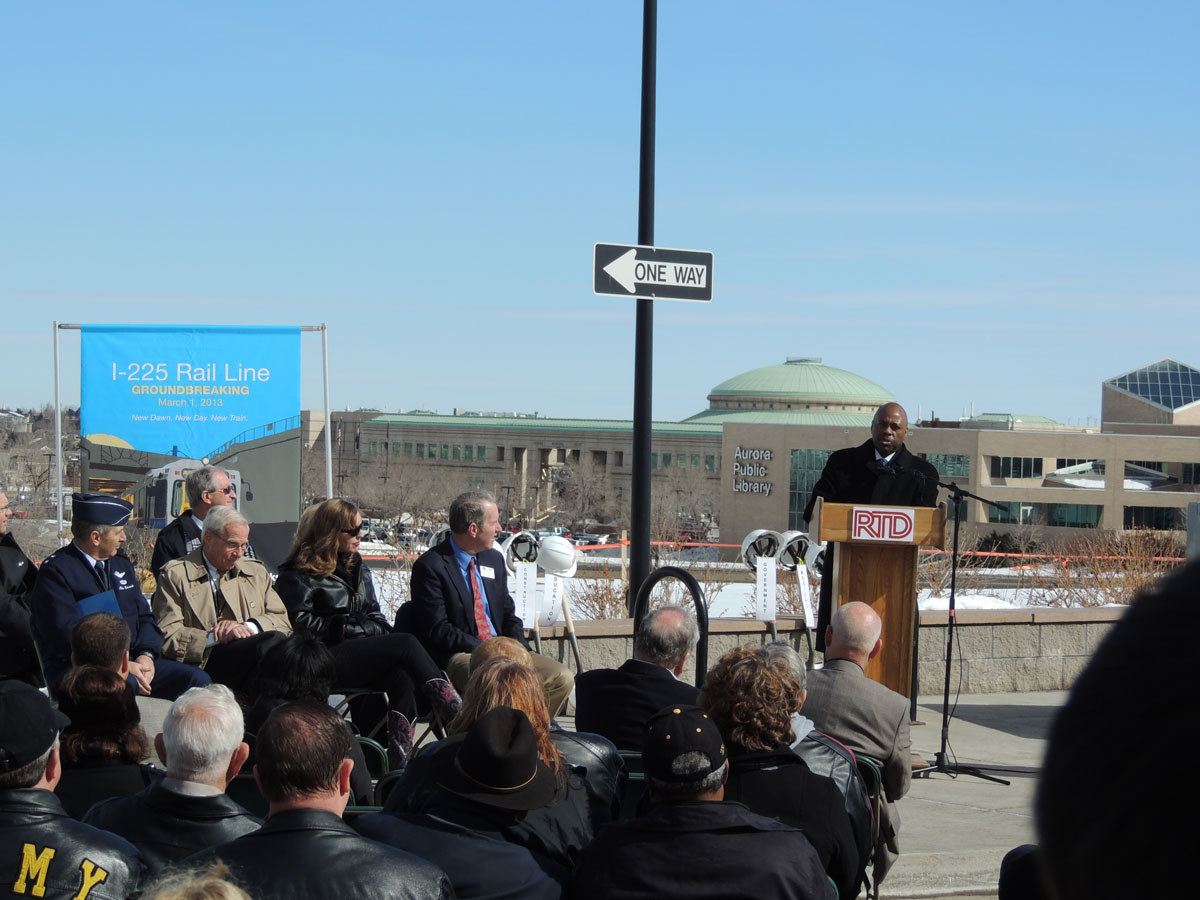 The speakers highlighted how this line will benefit the city of Aurora by providing transit connections between the the East and Southeast Rail Lines as well to major transit-oriented redevelopment areas like the Aurora City Center and the University of Colorado Anschutz Medical Campus. The event took place at the Centrepoint and Sable Transfer Station, an existing bus transfer station that will become the City Center Light Rail Station in three year’s time. 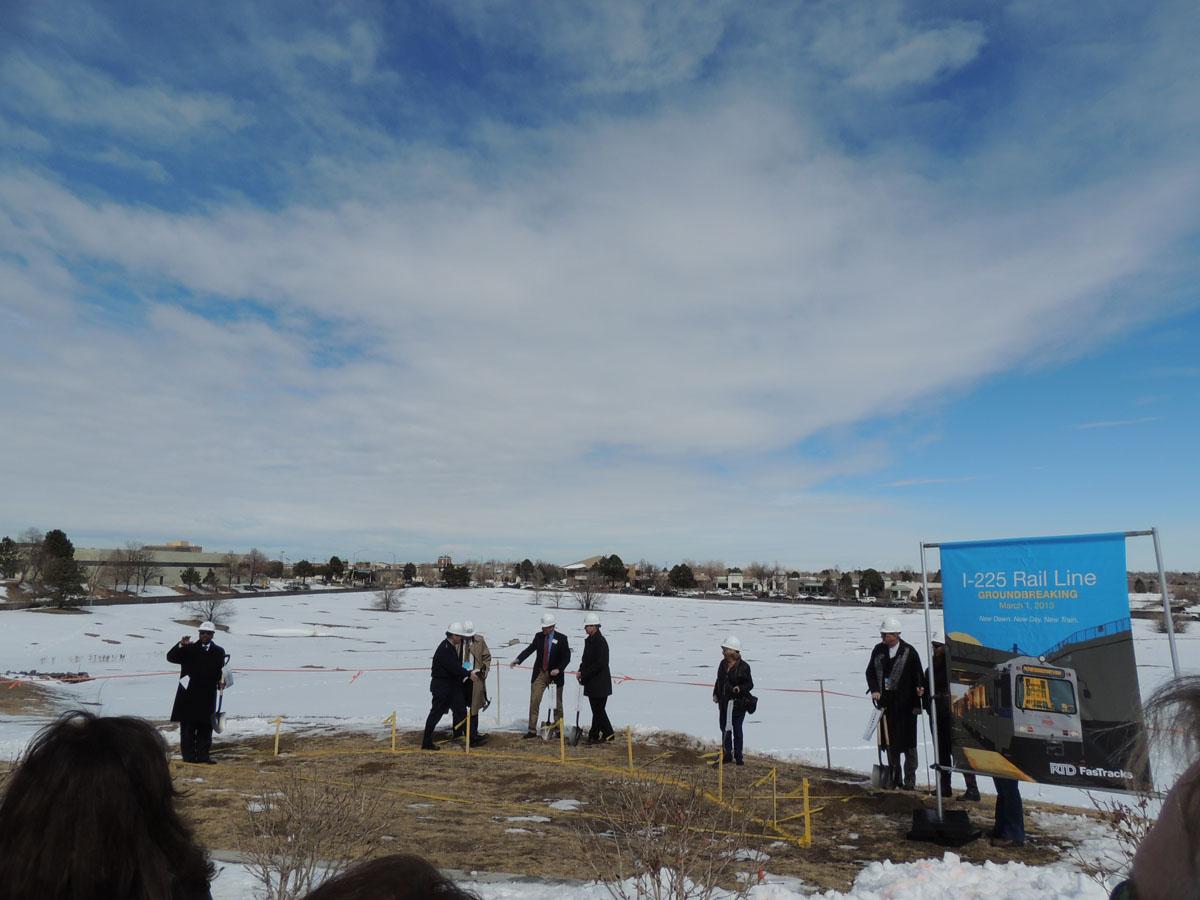 While this line’s 10.5 miles and eight stops are almost entirely in Aurora, it should have a strong impact on the regional transit network as more of the metropolitan area will soon be connected to the FasTracks system. Linking the less urban southeastern suburbs, the Denver Tech Center, and suburban Aurora to the growing University of Colorado Anschutz Medical Campus and DIA (via an East Line transfer at Peoria) will go a long way in making the Denver area less auto-dependent. Click the link below for RTD’s flyover video depicting the path of the new I-225 rail line.