The Joslins Dry Goods Building was designed by prominent Denver architect Frank E. Edbrooke and was completed in 1887 as a four-story building, originally known as the Tritch Building. In the early 1920s, a fifth floor was added, the storefront windows were enlarged, and the building was painted white. In 1964, the building was “modernized” by wrapping the entire facade in concrete panels, obscuring all but the ground-floor windows. The Joslins department store closed in 1995 and in 1996, the building was thoroughly restored, including the removal of the 1960s-era modernist facade and the addition of a sixth floor, as part of its conversion into its current use as the Courtyard by Marriott Denver Downtown. 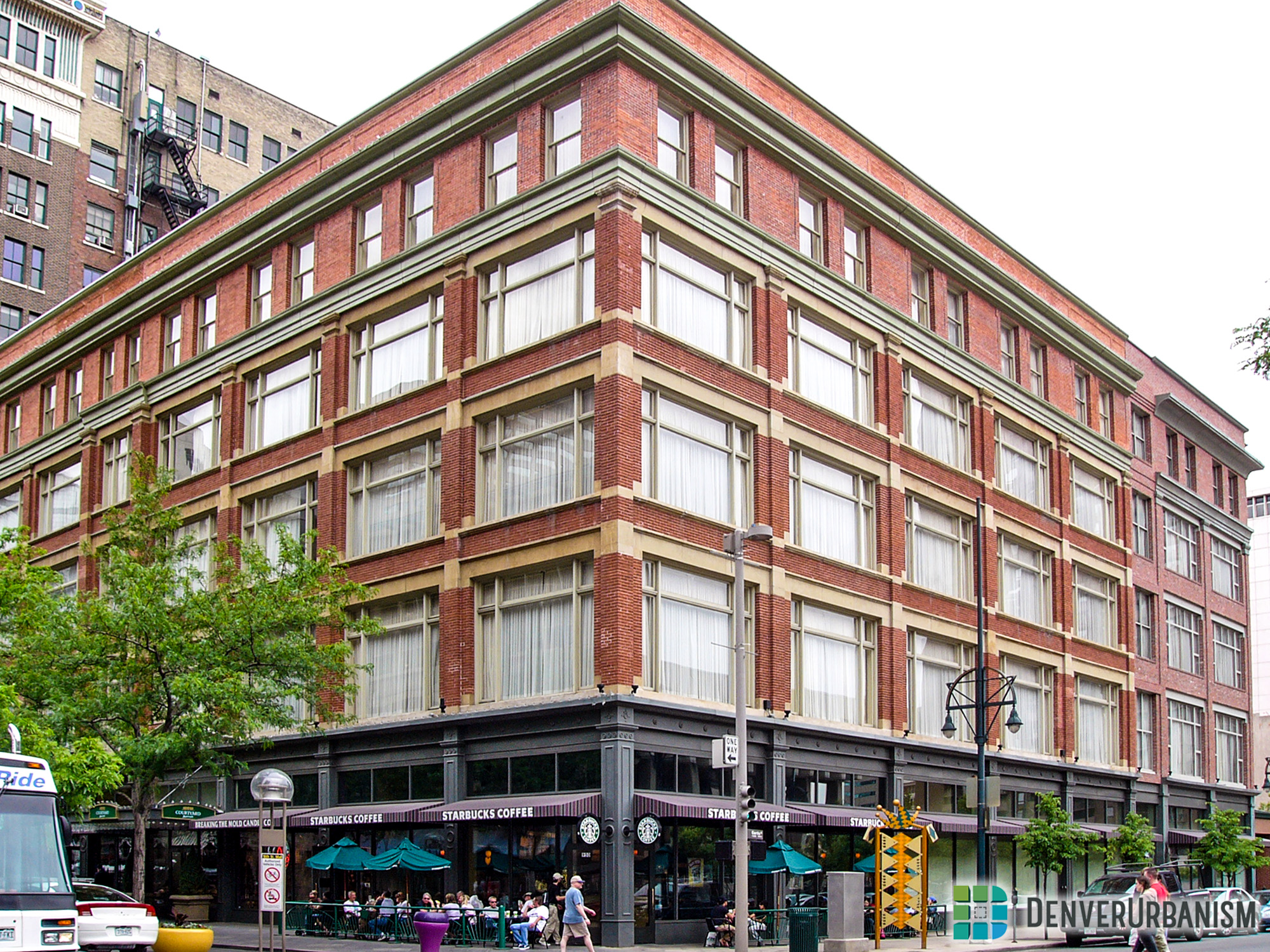 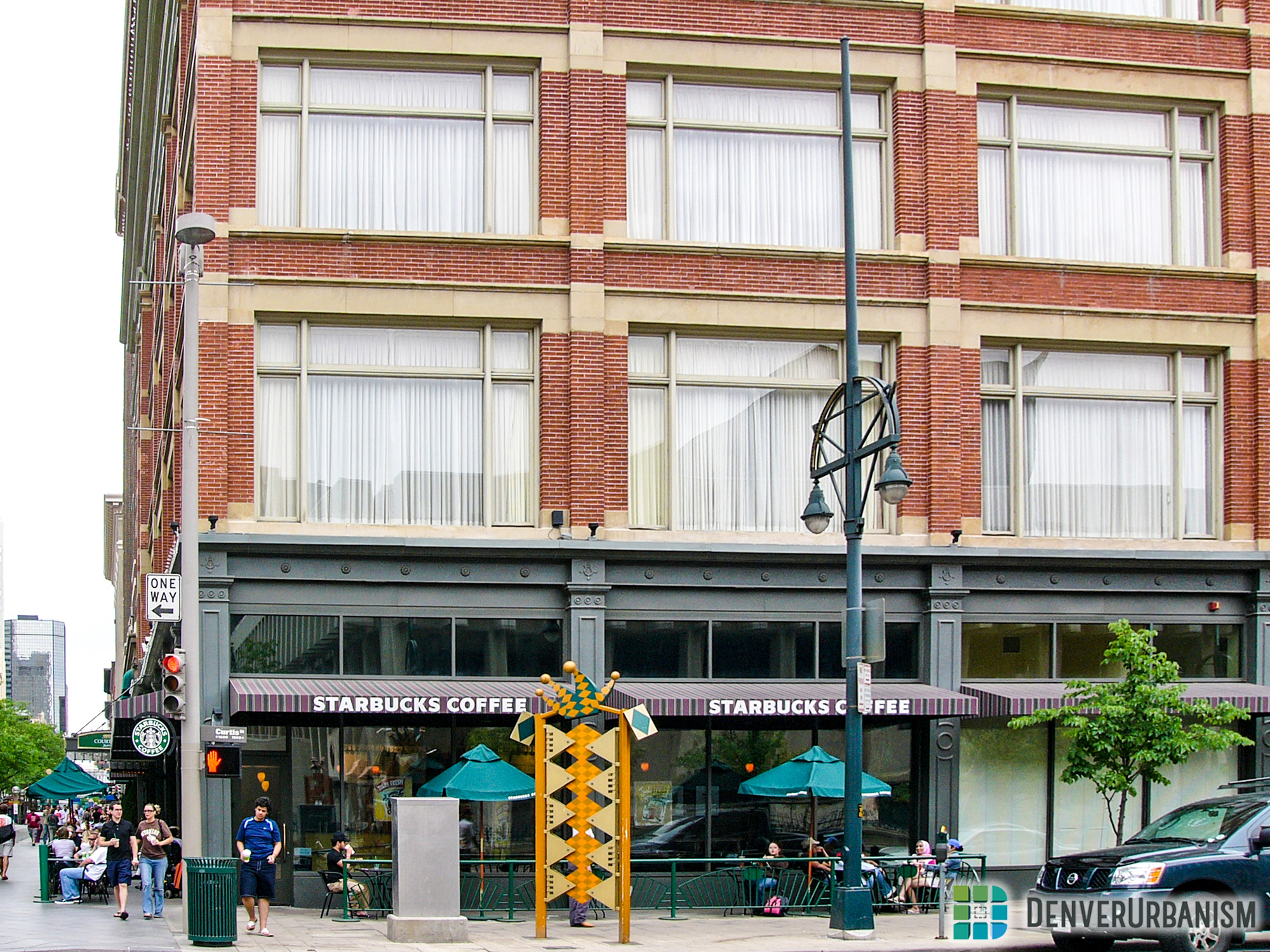 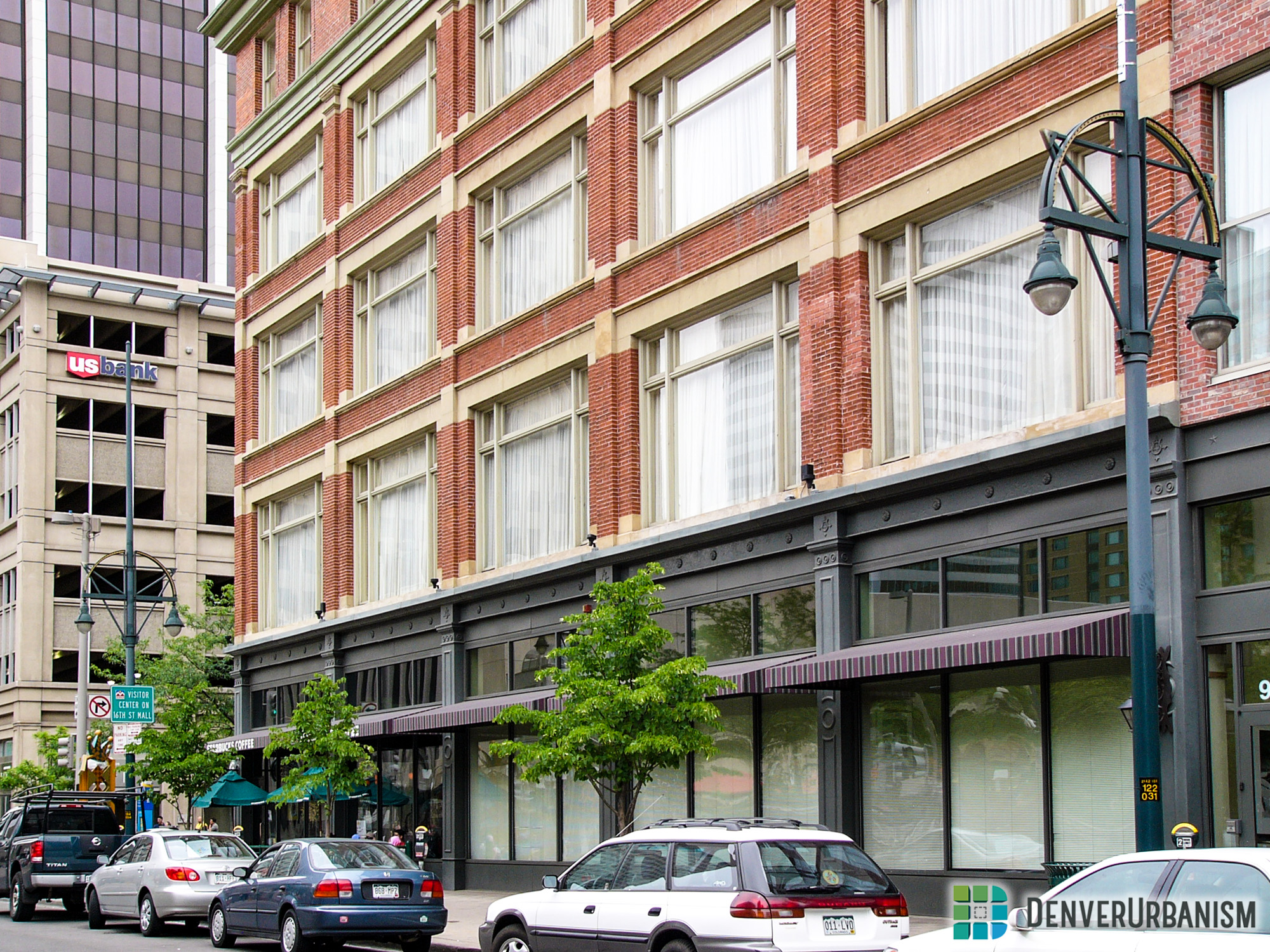 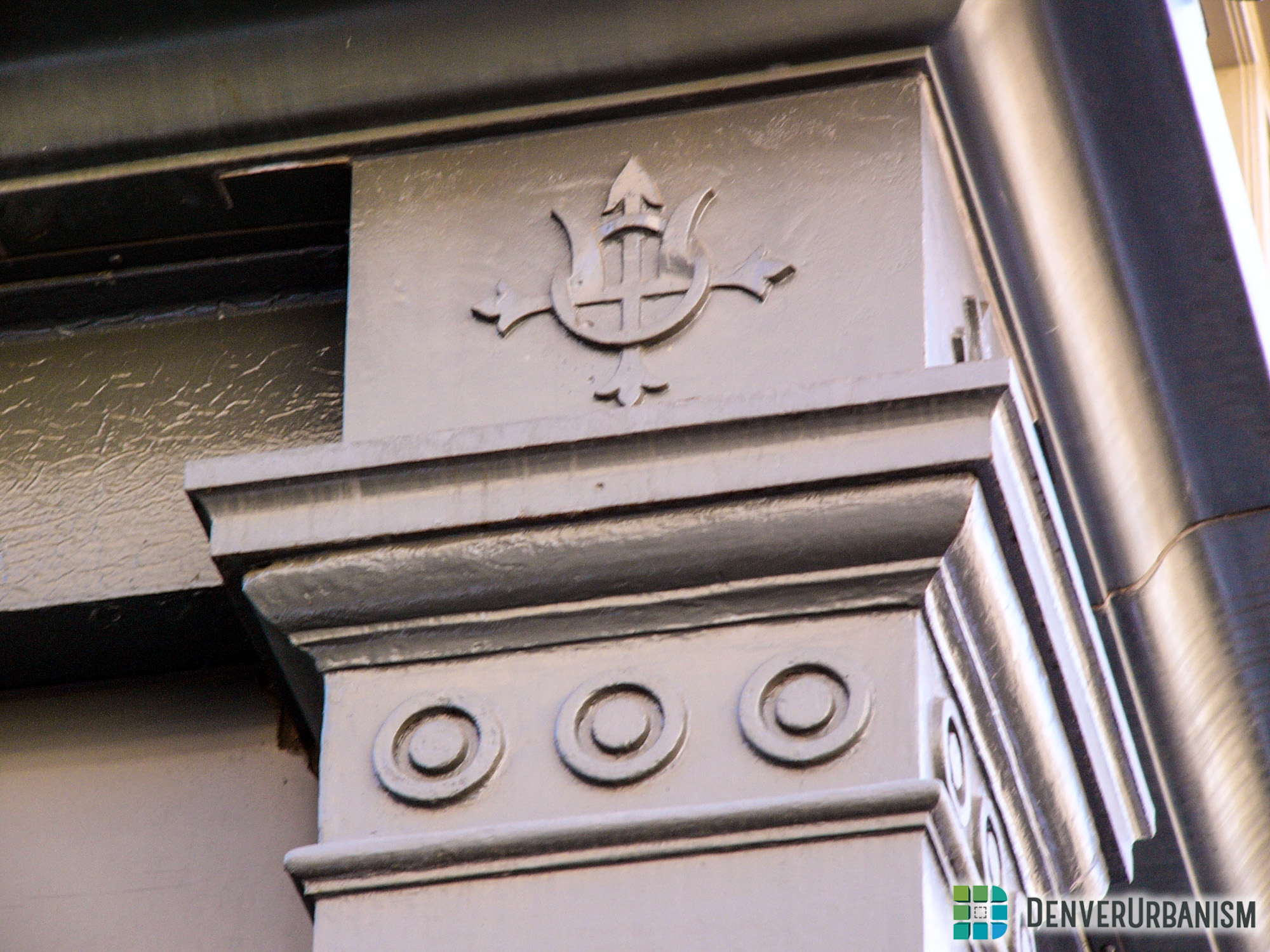 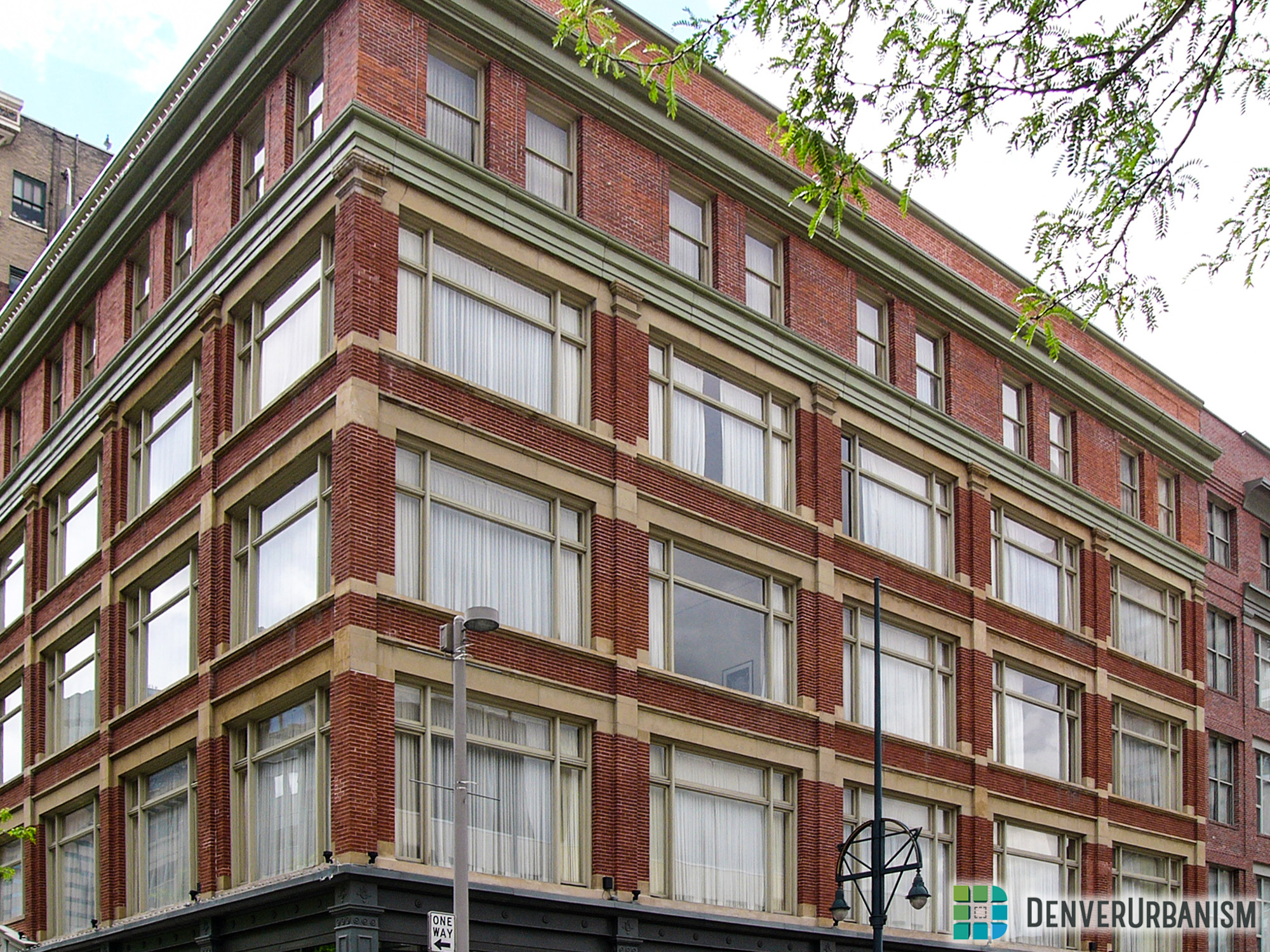