On November 10, City and County of Denver officials—including Mayor Michael Hancock and District 7 Councilman Jolon Clark—alongside the board, staff and partners of Levitt Pavilion Denver, came together to celebrate the official groundbreaking of the new 7,500-person capacity amphitheater to be built in southwest Denver’s Ruby Hill Park. Scheduled to open on July 14, 2017, the outdoor music venue will host 50 free concerts a year, three times per week during the summer months. 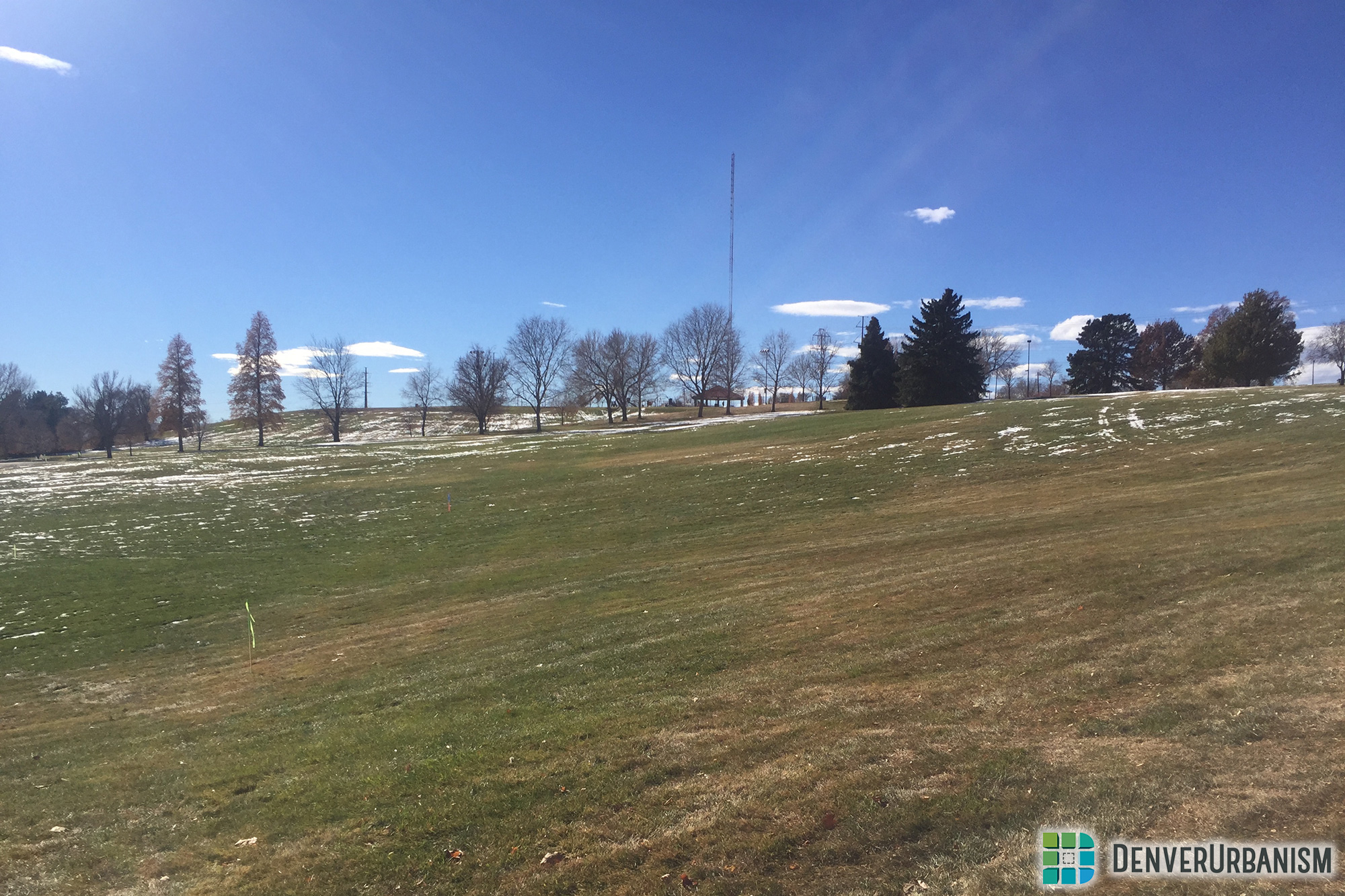 Levitt Pavilion Denver—part of a growing, nationwide network of free outdoor music venues begun by Los Angeles-based Mortimer & Mimi Levitt Foundation—seeks to bring community together through creative placemaking that provides free access to music-oriented cultural opportunities. Foundation founders Mortimer and Mimi Levitt originally became committed to providing free outdoor music as a result of Mortimer’s experience growing up in a struggling immigrant family in Brooklyn, New York. While Mortimer would often go to Coney Island—where his father worked as a street vendor—he was unable to afford admission to either rides or concerts. Consequently, he would stand outside the gates of ticketed music events to hear the performances, which not only sparked his love for outdoor music, but also a belief in the importance of all people having access to music that strengthens community ties and broadens cultural experiences.

This story is significant when considering the chosen location for Levitt Pavilion Denver, which is not in the highly-desired pathway of new Denver development, but sandwiched between southwest Denver’s Ruby Hill and Athmar Park neighborhoods. These areas not only host significant Latino populations—nearly three-quarters of their residents—but are neighborhoods with poverty rates of 30 percent or more. Coupled with southwest Denver’s lack of high connectivity to public transportation, highlighted by minimal major bus routes and rail lines within reasonable walking distance, and lower-income and minority populations’ propensity to be more transit-dependent, Levitt Pavilion Denver brings culture and community through music to the doorsteps of many people who may otherwise struggle to access it. 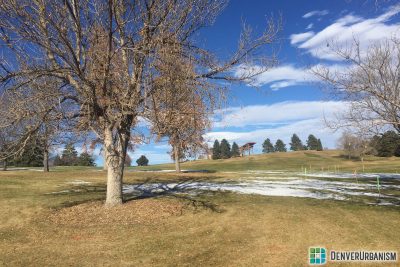 While Levitt Pavilion Denver will undoubtedly be attended by people of all backgrounds and incomes from across the metro area, this chosen location of an underutilized park in a lower-income, high-minority neighborhood also speaks volumes about Denver’s continued commitment to “culture for all.” This belief was recently affirmed by the significant 63 percent majority who voted for the extension of the Science and Cultural Facilities District (SCFD) sales tax on November’s ballot, which dedicates a penny for every $10 to cultural and science-oriented non-profit organizations throughout the Denver metro area. Since the tax began in 1988, SCFD has raised more than $910 million for its cause, with $54 million alone distributed in 2015 to 270 organizations.

Levitt Pavilion Denver—which will feature national and international artists, as well as shows by local performers that help to proliferate Denver’s already robust music scene—has been a capital project in the works for more than four years. Originally slated to open in mid-2016, the $4.8 million price tag made fundraising a slow and difficult task that forced the grand opening to be pushed back to 2017. However, the necessary funds to bring the project to fruition were eventually obtained, including $2.8 million in bond monies from the City and County of Denver, $400,000 from the Mortimer & Mimi Levitt Foundation, and Levitt Pavilion Denver raising $1.6 million, including from local foundation contributions, such as the Boettcher Foundation, Bonfils-Stanton Foundation and the Gates Family Foundation. For ongoing operations, the amphitheater will also likely rely on additional, admissions-based shows and private event rentals to offset the cost of its free concerts. 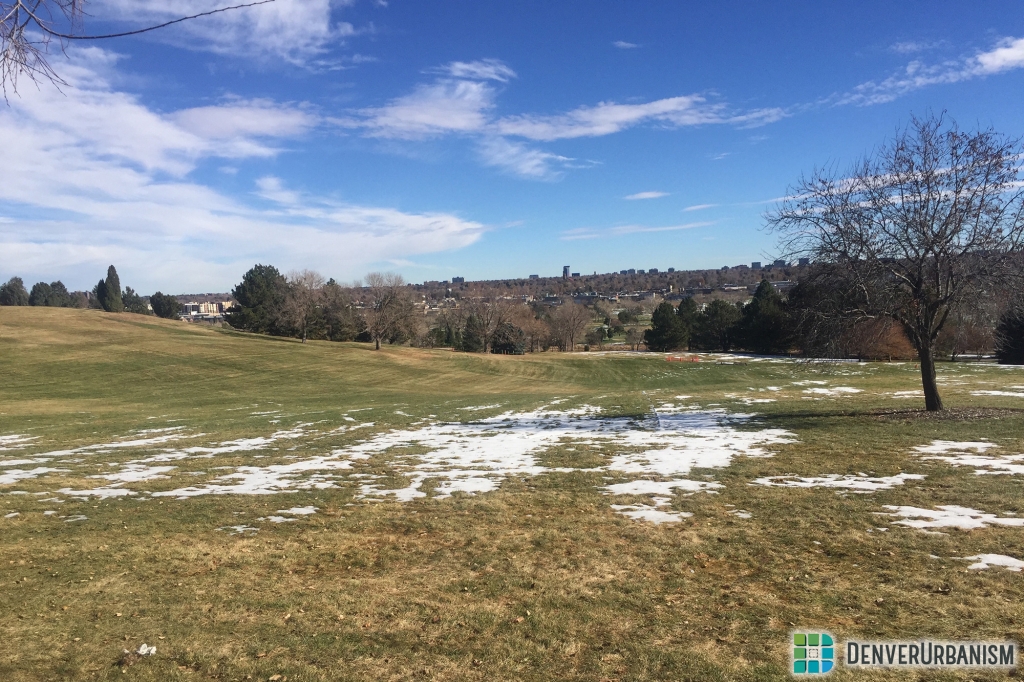 While Levitt Pavilion Denver was not an easy feat to come by, its success serves as a victory for activating the underutilized Ruby Hill Park, which is Denver’s third largest public park but one that lacks programming and connectivity to its local neighborhoods. Planning for its facelift dates back to at least 2009, when Denver Parks and Recreation developed a master plan for the park that included engaging nearby residents in the process, many whom requested an outdoor performance space as part of its community-oriented design. Now seven years later, the soon-to-be-realized amphitheater’s management by CEO Chris Zacher, who undoubtedly understands the importance of access to music and culture from serving in leadership roles for Denver’s City Park Jazz for nearly a decade, further helps to ensure a vision of weaving civic connection through culture.

It is especially during this time, when topics of division in our communities have been thrust into an uncomfortable and tense spotlight, that the groundbreaking of Levitt Pavilion Denver stands in firm defiance of endorsing a dismantled populace. Rather, its success, even against financial odds, promotes the inherent value in providing public space that becomes a “third place”—neither home nor work—where diverse communities in Denver can coalesce through the shared cultural experience that love for music brings.