The Forney Museum is housed in a repurposed industrial warehouse originally built by Union Pacific in 1951. The concrete and steel structure was subsequently utilized as a food distribution business until the Museum acquired the buildings in 1999. At that time, significant renovations occurred to transform the building into exhibit space, a gift shop, gallery, meeting room, offices and a library. The entire 70,000 square feet structure is now available to the public, and another 70,000 square feet is available for future expansion.

Here is an image of the Forney Museum of Transportation, courtesy of Doors Open Denver. 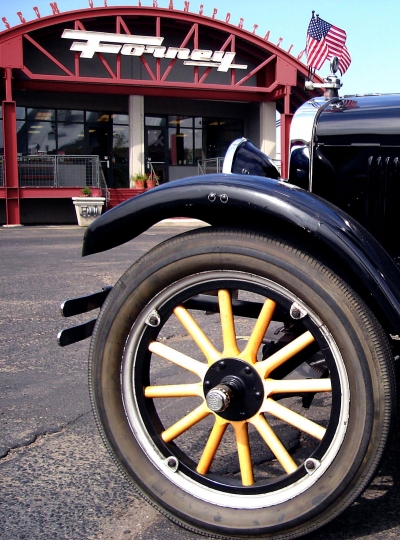 During DOD, the Museum will be featuring a special exhibit of industrial designer Virgil Exner entitled Chrysler Corporation’s Bold Design, 1955-62. Guided tours (by reservation) will be offered both days for a nominal fee.  Please contact the Museum for information.