How To Tell the Difference Between Streetcars and Light Rail

Lots of American cities are building streetcars right now. But how are streetcars different from light rail? The truth is they’re very similar, and many systems are hybrids of the two. To tell the difference, one has to simultaneously look at the tracks, train vehicles, and stations. 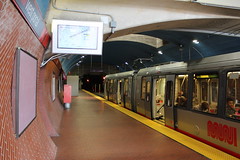 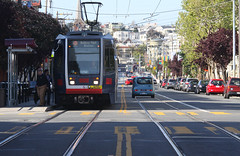 San Francisco’s Muni Metro runs both in a dedicated subway and on the street in mixed traffic.
Is it a streetcar or light rail system? Photos by Matt Johnson and SFbay on Flickr.

It’s hard to tell the difference because streetcars and light rail are really the same technology, but with different operating characteristics that serve different types of trips.

The difference, in a nutshell

Theoretically streetcars are simply light rail that’s designed to serve trips over a shorter distance, through more tightly packed urban environments. They’re for travel within central cities, as opposed to travel from the suburbs into downtown. But what does that mean in practice?

There are several features of tracks, vehicles, and stations that both streetcars and light rail sometimes have, but which are generally more common on light rail. Thus, although there’s no single separating test that can tell the two apart with 100% accuracy, it’s usually possible to tell the difference by looking at several factors simultaneously.

Let’s look at each of those factors, one by one.

It’s a common misconception that streetcars always run in mixed traffic with cars, while light rail has its own dedicated track space. That’s often true, and it’s such a convenient and easy-to-understand definition that I’ve been guilty of using it myself. But it’s wrong.

Sometimes light rail lines run in mixed-traffic, and there are plenty of streetcars with their own right-of-way. Some streetcars even have subways. 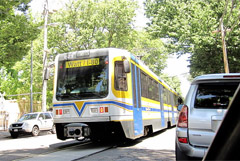 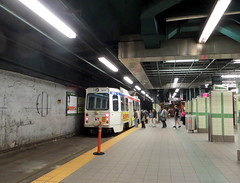 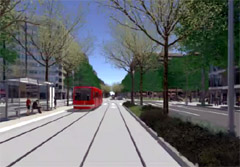 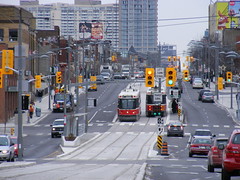 There are too many streetcars with dedicated lanes for that to be a reliable indicator on its own. Too many lines that mix dedicated and non-dedicated sections. Certainly it’s an important data point; certainly it’s one factor that can help tell the difference. But it’s not enough.

But that’s not reliable either, as Portland and New Orleans illustrate: 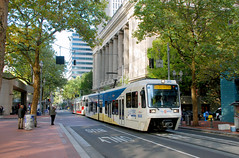 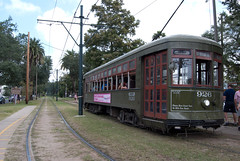 Or take the Fort Collins Municipal Railway. It’s mostly for tourists, but it’s a streetcar, and it runs through grass. 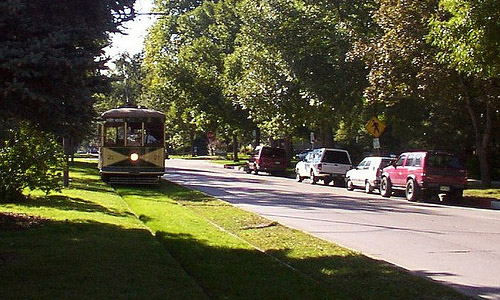 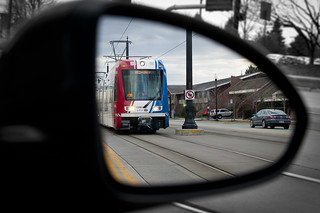 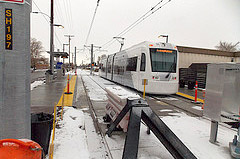 If tracks on their own aren’t enough to tell the difference, what about vehicles? 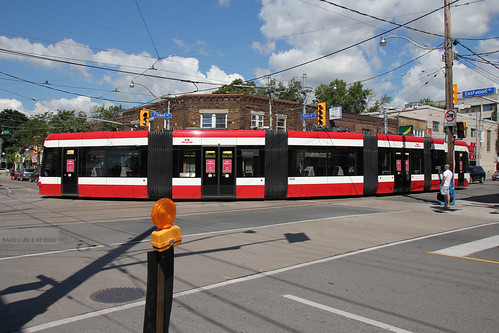 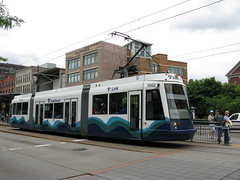 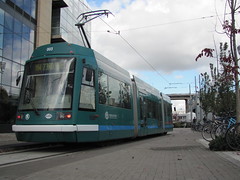 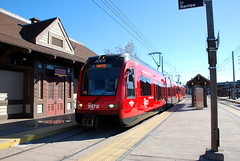 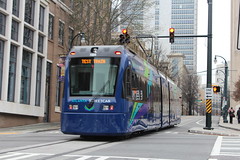 And although streetcars often run as single railcars while light rail often runs with trains made up of multiple railcars, there are exceptions to that too.

San Francisco’s Muni Metro and Boston’s Green Line definitely blur the line between streetcar & light rail, perhaps more than any other systems in North America. Some might hesitate to call them streetcars. But they both run trains in mixed-traffic with cars, and some of those trains have multiple railcars. 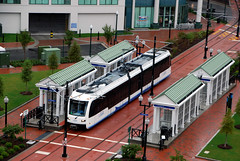 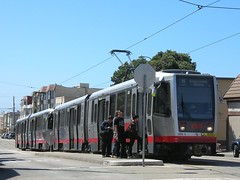 Stations offer some help, but no guarantee

Light rail typically has bigger stations, while streetcars typically have smaller ones. A big station can sometimes be a good clue that you’re likely dealing with light rail.

For example, look at Charlotte and Portland: 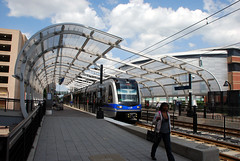 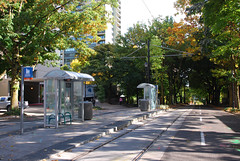 But that’s only a general guideline, not a hard rule. Just like tracks and vehicles, there are many exceptions. Light rail often has small stops, and streetcar stations can sometimes get pretty big (especially when they’re in a subway).

This light rail stop in Norfolk is smaller than this streetcar stop in Philadelphia, for example: 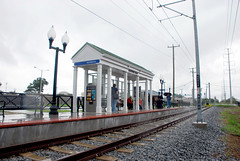 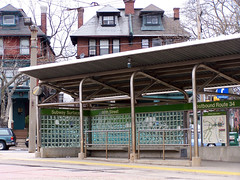 Probably the most reliable way to tell streetcars apart from light rail is to look at where the stations are located. Light rail lines typically have stops further apart from each other, on lines covering a longer distance.

This chart explains the difference:

This is the definition transit expert Jarrett Walker favors, and if you have to pick just one or two factors to consider, stop spacing and route length are the best.

But even this is no sure way to categorize all lines as either streetcars or light rail. It might be easy to tell the difference between something with stops one block apart (theoretically streetcar) versus stops two miles apart (theoretically light rail), but what if the stops are 1/4 mile apart? Or what if the gaps aren’t consistent? There’s no clear place to draw the line.

Furthermore, Walker’s graphic itself illustrates exceptions to the rule. The top line shows a light rail route with stops close together downtown, the third line shows a streetcar with some sections that have far-apart stations, and the fourth line shows a very long streetcar.

Certainly station spacing and route length provide a convenient general rule, but only that. There’s no hard boundary where everything to one side is streetcar, and everything to the other is light rail.

To really know the difference, look at everything

No single one of them provides a foolproof litmus test, because sometimes streetcars have each of them, and sometimes light rail doesn’t. But if you look at all seven together and determine which direction the majority of a line’s characteristics point, over the majority of its route, then you can usually sort most lines into one category or the other.

For example, DC’s H Street line fits neatly into the streetcar category, because it runs in the street almost totally in mixed traffic, with small vehicles on single-car trains, along a short route that has frequent, small stations.

On the other end of the spectrum, Seattle’s Central route is squarely light rail. It has a dedicated right-of-way that’s often off-street, uses large 95 foot-long vehicles that are usually coupled into multi-car trains, along a long route with infrequent stations. 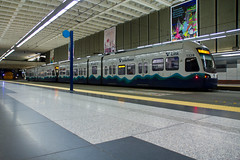 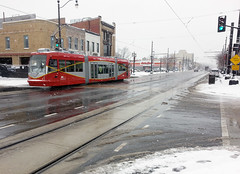 And in Denver, RTD is considering re-categorizing the Central light rail line though Five Points as a streetcar.

It’s a feature, not a bug

The fact that it’s hard to tell the difference is precisely why so many cities are building light rail / streetcar lines. The technology is flexible to whatever service characteristics a city might need.

That’s why many of the most successful light rail / streetcar systems are the hardest ones to categorize as either / or. They match the infrastructure investment to the needs of the corridor, on a case-by-case basis, and thus have some sections that look like light rail, and others that look like streetcar.

That’s not muddied. That’s smart. That’s matching the investment to the need, which is after all more important than a line’s name.