Despite the fact that streetcar tracks can be hazards to cyclists, bikes and streetcars are great allies.

They both help produce more livable, walkable, less car-dependent streets. It’s no coincidence that the same cities are often leaders in both categories. In the US, Portland has both the highest bike mode share and the largest modern streetcar network. In Europe, Amsterdam is even more impressive as both a streetcar city and a bike city.

With that in mind, here’s a collection of photos from Amsterdam showing bikes and streetcars living together. 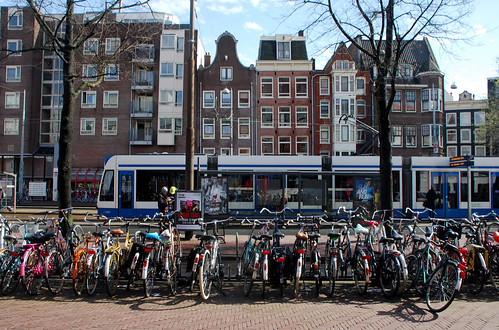 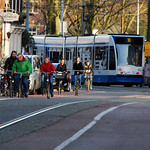 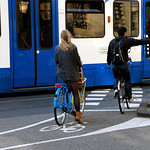 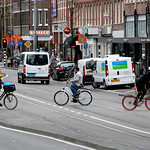 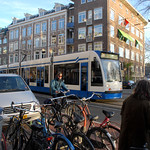 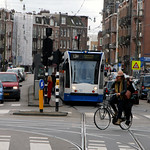 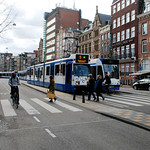 Of course, it doesn’t just happen. It’s easy for bikes and streetcars in Amsterdam to avoid one another, and to interact safely, because each one has clearly delineated, high-quality infrastructure.

Chalk that up as one more reason to build both good bike lanes and great transit.