Only 15 days until opening!!

The Decatur-Federal Station is the first station west of I-25 along the West Rail Line. Located just south of Sports Authority Field at Mile High, the station is an easy trek to the stadium by foot. There are also easy connections to the multiple bus routes running along both Federal and Colfax Avenues. The station will have 1,900 spaces (leased from the stadium district) when it opens at the end of the month – an unbelievably high number with the station being located so close to downtown.

Parking concerns aside, let’s take a look at the how station turned out. As some may remember, the last time we looked at the Decatur-Federal Station was January of last year – what a change!

The first thing most will notice is the large plaza just north of the platform which will obviously be VERY busy come game days this fall (assuming the Broncos don’t go the way of the Rockies or Avalanche). This station joins the Sports Authority Field at Mile High Station as the only two stations in RTD’s light rail network with turnstiles to control passengers crowds during crush boarding times. 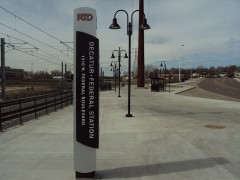 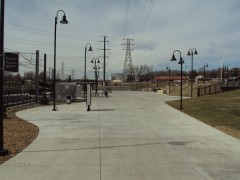 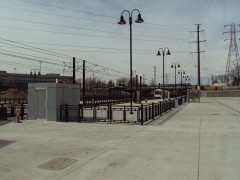 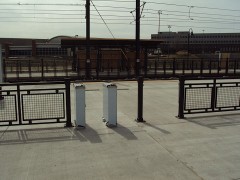 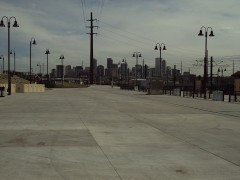 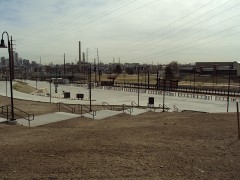 The station features many of the same urban design elements we will see along the rest of the corridor. 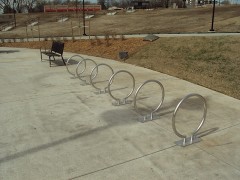 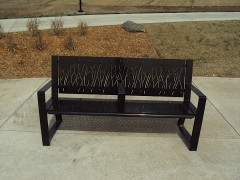 As I mentioned earlier, there are easy connections west to both sides of Federal Boulevard, thanks to an underpass beneath the newly rebuilt Federal bridge, which we discussed a few years back once construction was beginning. The bridge was reconstructed with bus drop-off lanes on both sides of the bridge to better serve passengers and keep them out of harms way by removing a crossing at Federal and 13th. Also, the underpass beneath Federal has a slick mural by Jolt, a graffiti artist. The West Rail Line had no money for public art, but the City and County of Denver was able to secure funding from the Urban Arts Alliance for the mural. RTD worked closely with the Denver Division of Theatres and Arenas to work on installation of the mural. 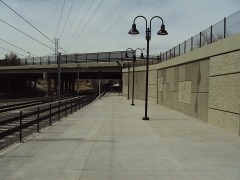 As with other RTD light rail stations, bikes are welcome. This stations has 10 bike lockers as well bike racks. 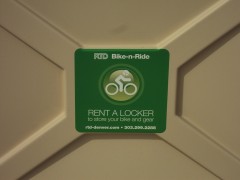 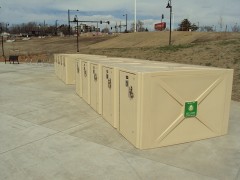 The station, although nestled near a busy thoroughfare (as well as a lovely power plant), is one of the most scenic stations in RTD’s system. 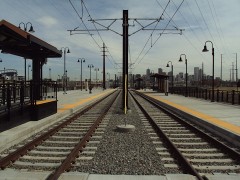 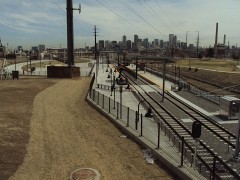 For kicks, the last image I have to show you is of some (I believe) poorly placed grass. Any bets on how long this grass will last? I bet it’ll be trampled down pretty well come the end of the Broncos preseason. Yes, I get grass is cheap and looks fine (when it’s not dead), but come on…we couldn’t put in something else? Nothing against Broncos fans, but I don’t see this grass lasting long. 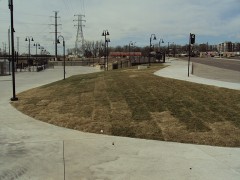 Next time, we will jump west and take a look at the Federal Center Station – one of the largest stations on the West Rail Line. Also, RTD has posted information about festivities for opening weekend – free rides the 26th and 27th with station parties the 27th!