Go West,Young Man! (And when you do, take the light rail!)

T-minus 3 days!!! The West Line is set to open this week and there isn’t one source of local media that has gone without running a story about it. With that said, plenty of naysayers will be ready to point out the inefficiencies and ineffectiveness of the light rail without having ever used it. If you ask five friends if they have ever taken light rail in Denver, chances are that maybe two of them will say yes. The others are likely to give you a sob story about the inconvenience of the system or how it goes no where but the suburbs. While it is a fair argument that the system is not a great resource for navigating every corner of the city, it is still likely that many missed opportunities to use rail occur every day for people who could benefit highly from it. Thus, I would like to supply you with some convincing debate points to retaliate ignorance in any social situation regarding light rail this week. Here are some points to use in convincing your Denver friends that rail is not to be taken lightly:

Young people have been pouring into Denver for the past several years. We have grown a national reputation for being a young, progressive and exciting lifestyle city. This population is important because most young adults are migrating back to cities. Hit hard by the recession, young people are putting off mortgages and car purchases to deal with debts and other expenses. This makes them more eligible candidates for other modes of transportation outside of automobiles. In addition, it makes for more rental construction in the city.

Following the previous point, Denver is densifying! Not only are thousands of new residents moving in every year, but thousands of new units are being constructed to accommodate them in the inner core. While these developments are in most every neighborhood, it’s good to note that multiple urban stops on the light rail system have high-density residential projects being constructed or planned on blocks adjacent to the stops. As these locations become increasingly reinforced by denser populations, more people will have direct access to the system. Buildings providing density will likely also incorporate other commercial amenities that people will want to reach…making the stops more destinational. 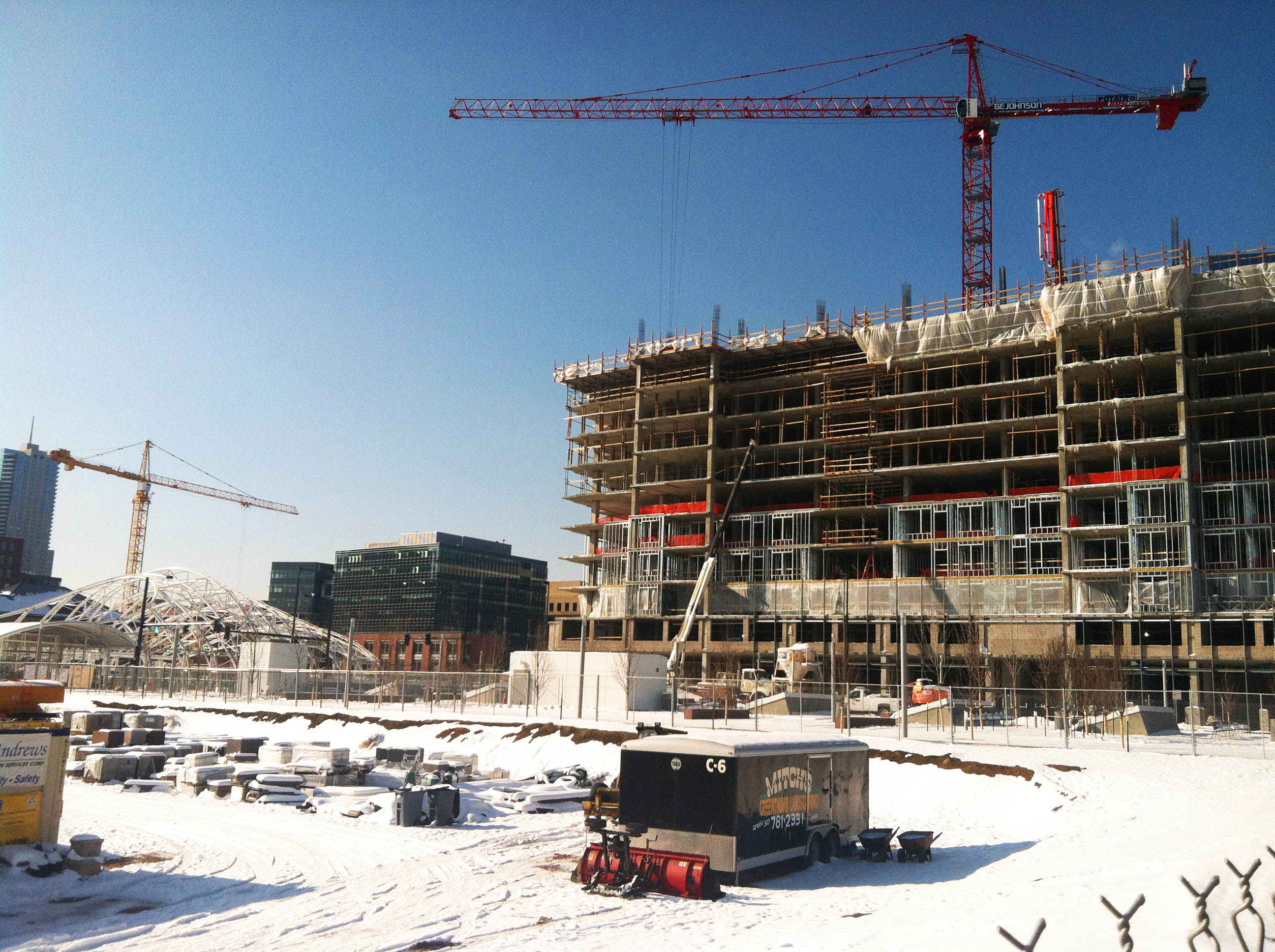 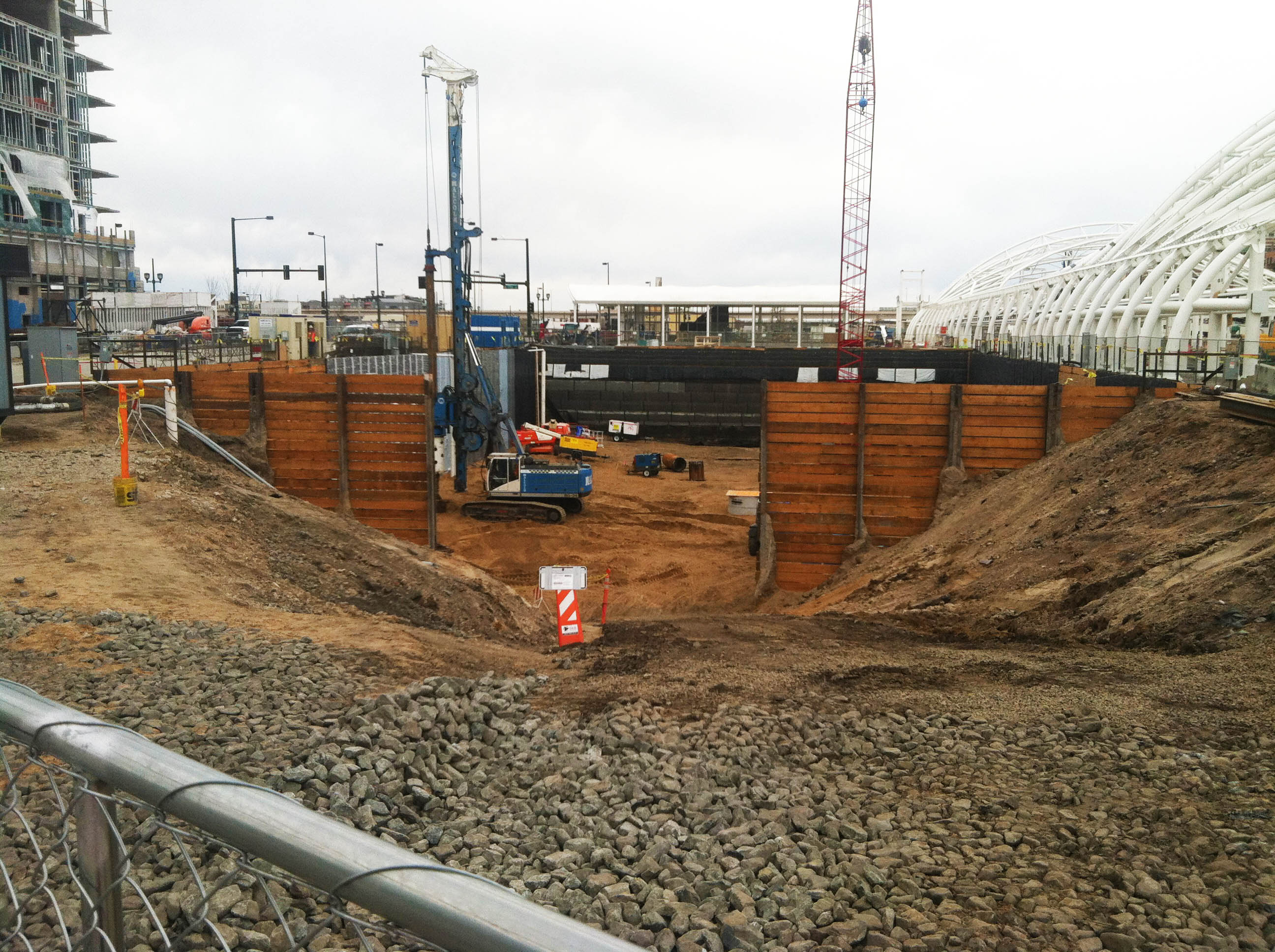 One of the biggest complaints around town about light rail is that the stops do not land people in the places they need to go. Sure, many of the stations land you in seas of parking, in low-density residential neighborhoods or in areas with little activity. It is important to take a moment to consider all of the opportunities available through these circumstances. Of course everyone knows that the Union Station desert is quick becoming a mini Dubai (ok, so maybe that’s a stretch). This will no doubt be the most active stop in the city, but it is one of many stops that have the chance to make themselves from scratch. The 10th/Osage St. station has already made some serious headway in transforming the Lincoln Park neighborhood. Along the West Line, the Sun Valley neighborhood could be undergoing some serious transformation at the Decatur-Federal station. In addition, 38th/Blake St. Station along the East Line has had developers scouting land and opportunities for investment long before its opening. 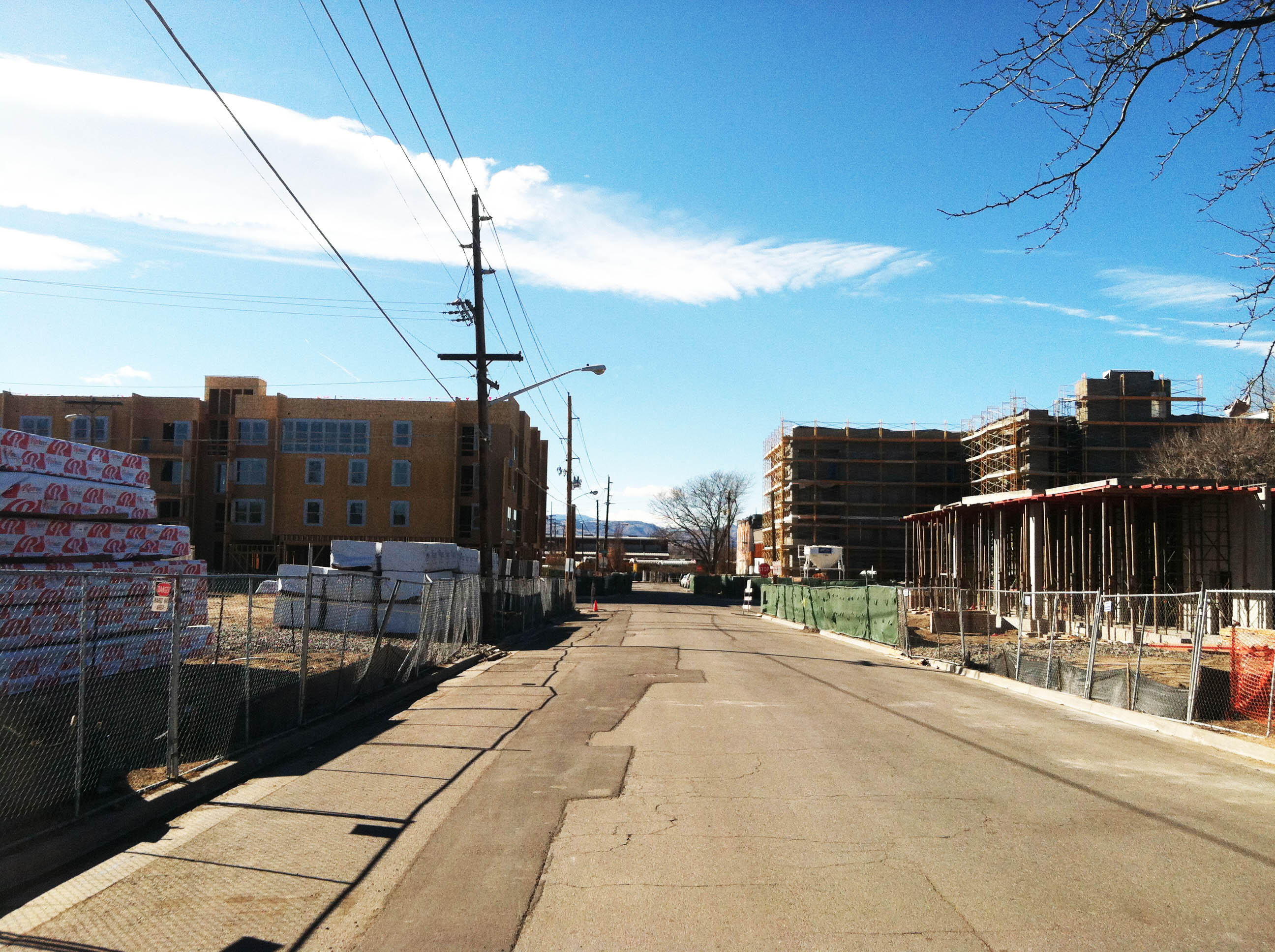 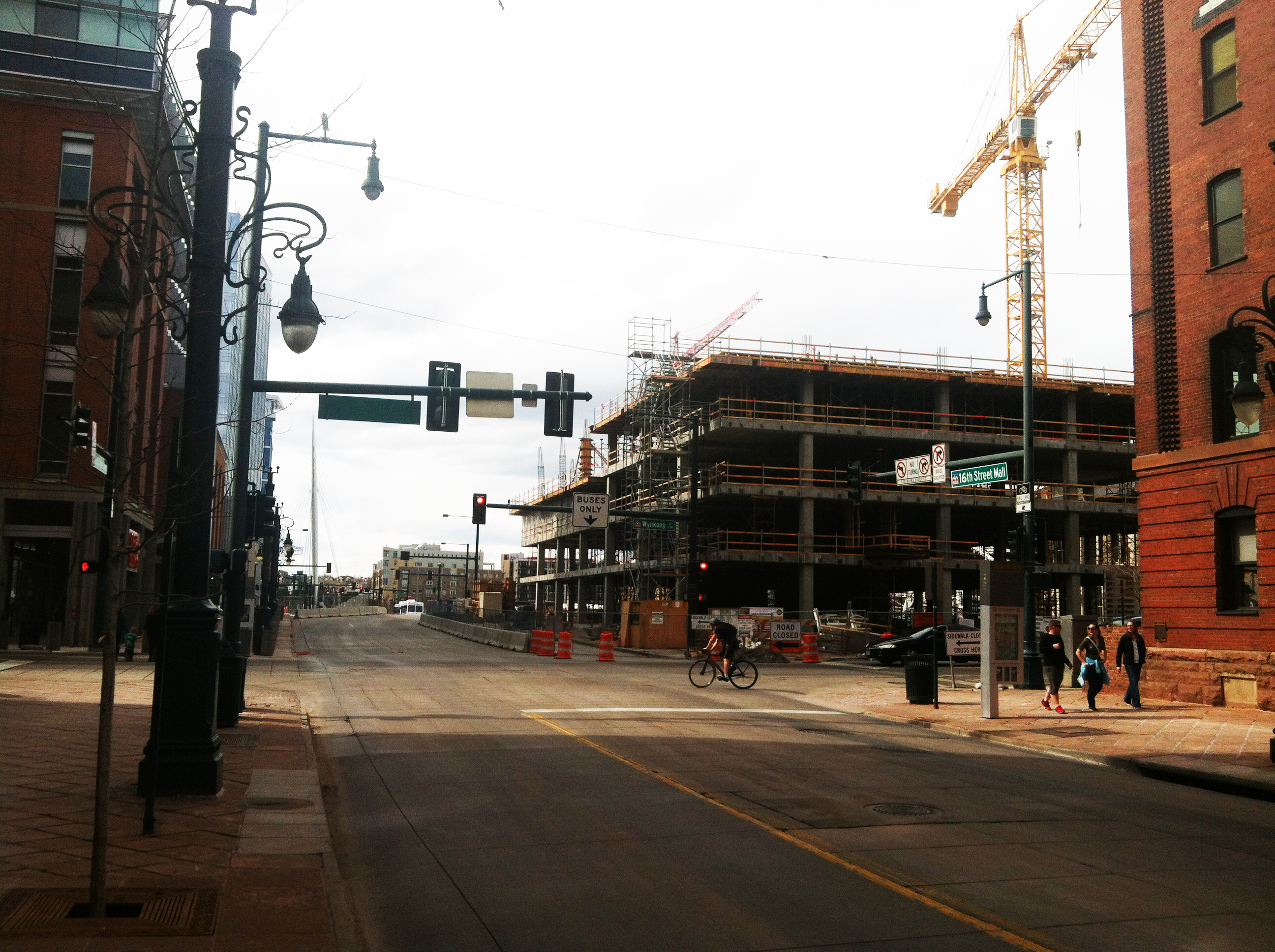 4. Accessibility and Ease of Use

One giant win for the light rail that can be immediately felt is simply opening more access to the metro area. On April 26th, people in Golden can make the decision to ditch their cars and add to the already increasing number of people using light rail in Denver. Several neighborhoods and communities along the route will begin interacting in a way that was not previously possible. While it is safe to say that not everyone will leave their highway commute for rail, populations which may have struggled to make walking, biking or bussing work in their life now have another option. New populations and constituents will now be invited to contribute to the system’s success. In addition, adding new stations and lines means that this network has a greater value to a greater number of people. And you’ll now be able to ride through credit card payment (while this doesn’t seem like a big deterrent, I have had to forgo using light rail a handful of times because of this issue alone). 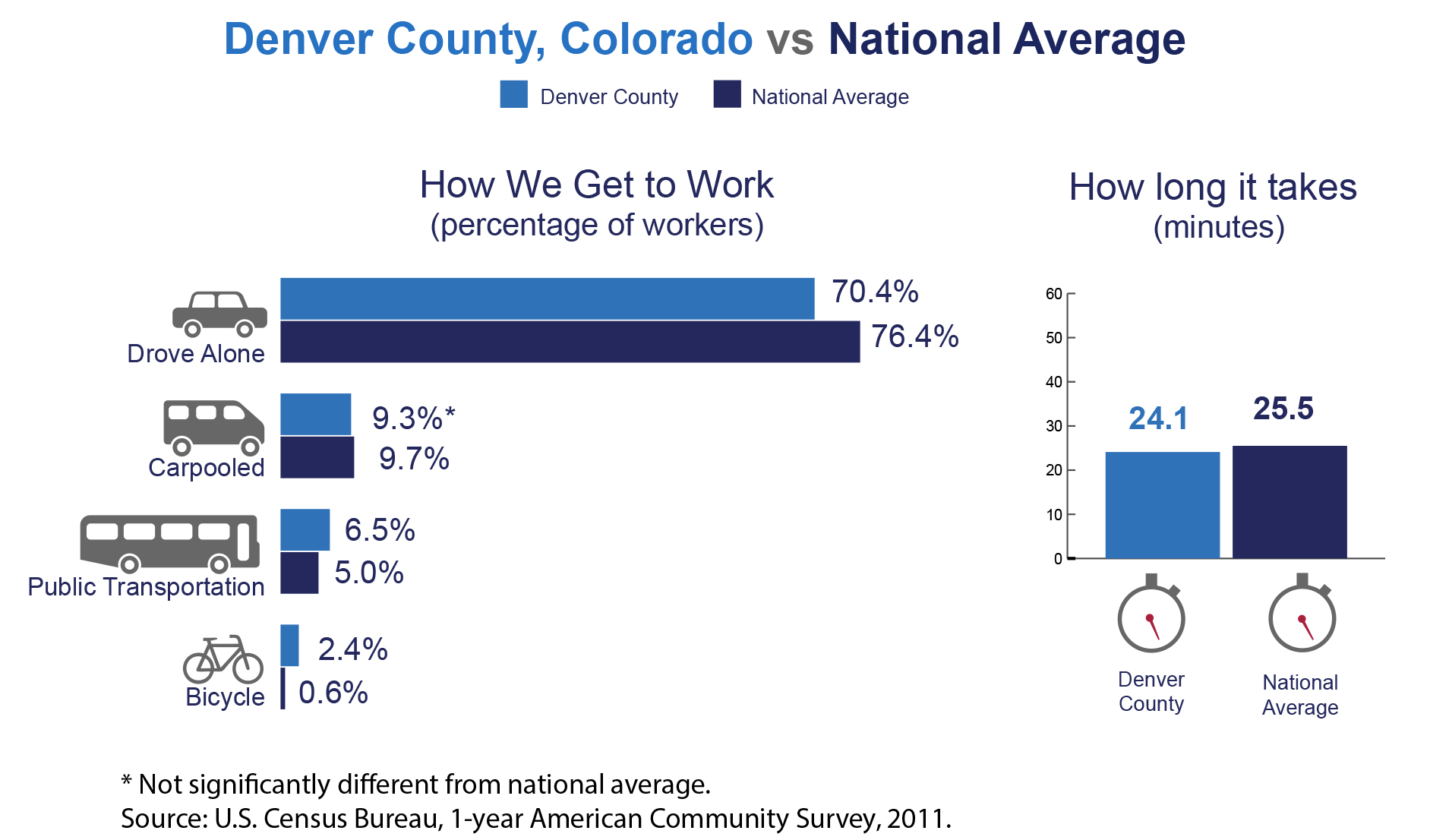 At the end of the day, light rail will continue to bloom all around the metro area. With the opening of a new line, the new challenge will be convincing people who are dead set on cars to give it a shot. Denver is already a touch ahead of the nation in its usage of alternative transportation options and this time last year light rail ridership was up almost 4.5% from 2010. Despite that fact, this is our chance to evolve from a player, to a leader. We have to convince a culture that is obsessed with cars to try something different. It’s easy to be a skeptic if you have yet to weigh the other available options. The light rail holds many benefits which can only be experienced by using it first-hand. So while I encourage you to get excited about the future, I challenge you to give light rail a shot. Even if you don’t become a daily commuter, make a conscious effort to take light rail the next time you can….or just ride it for fun!

[Were you shocked, excited or surprised by a great experience using light rail in the past? Keep up the positive light rail karma and share your story with us in the comments section!]