For my last contribution to our DenverUrbanism series celebrating the grand opening of Denver’s new West Line transit corridor, I’m going to stick close to home and feature some of the activity surrounding Denver Union Station during the big opening weekend. Ryan Mulligan will wrap things up tomorrow with the eleventh and final post in our West Line opening commemorative series. 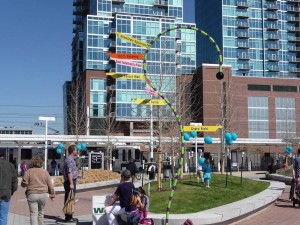 During the fare-free Saturday that featured spectacular weather even by Colorado standards, over 30,000 people rode the “W” somewhere along its 12-mile route, according to RTD. My fellow DenverUrbanism blogger Derek and I ventured west from Union Station on Saturday morning out to Jefferson County and, after a lunch trip to Downtown Golden via the City of Golden’s new free shuttle, we headed back to Union Station on Saturday afternoon. What struck me was the interaction between residents of the West corridor communities, solely because of the new transit line. 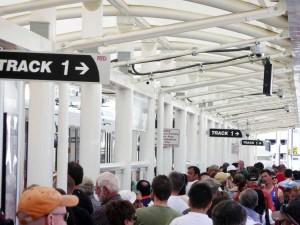 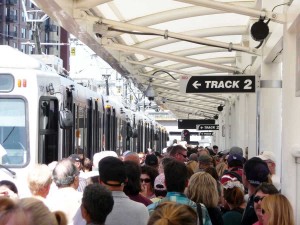 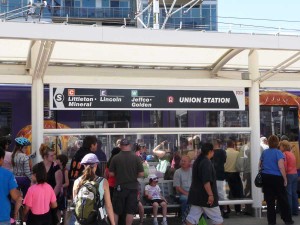 It was easy to see that there were a lot of people experiencing beautiful and vibrant Downtown Golden as visitors from elsewhere within the metro area. The sidewalks and restaurants were full of people, including a few that I recognized as Denverites. Similarly, after returning to Downtown Denver, I observed crowds of people spending part of their West Line adventure exploring the area around Union Station and the “three bridges” part of 16th Street between LoDo and Lower Highland. On several occasions I overheard people expressing interest and delight in discovering a part of the metro area they hadn’t really experienced before. 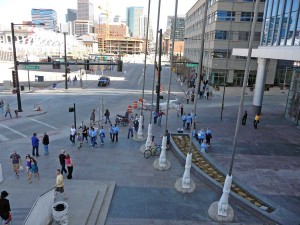 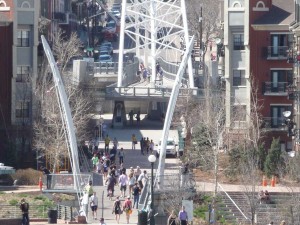 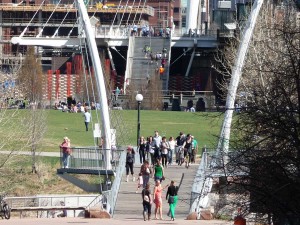 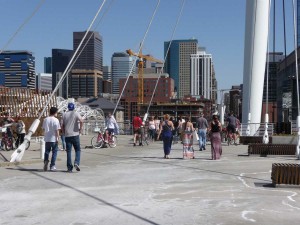 The new West Line does more than just give people another option for traveling between Point A and B. The increased interaction between people from Denver, Lakewood, and Golden due to the new West Line has broader implications, as it brings us closer together as a metropolitan community. Dotted lines on a map demarcating municipal boundaries become less important. If, through increased transit connections, we can view the Denver region not as a collection of 40-plus separate municipalities and counties, but as a single community of 3 million people that serves as the leader of the vast Rocky Mountain region and as a model for the rest of the nation, then we will all benefit.

What I experienced this weekend of West Line festivities was not just new transportation infrastructure, but another critical piece of cultural, economic, and political infrastructure that will allow the Denver region to prosper well into the future, and to maintain a competitive advantage over cities elsewhere in the country that just can’t get their act together.