T- Minus 2 DAYS until the W-Line opens!

As many of you already know, one of the new project elements for the W-Line are 4 miles of  bike paths running alongside the new tracks. This is a great way to get to many stations along the corridor along with giving you the ability to use both your bicycle and the train when traveling around Denver.

Last weekend I decided to check out the new paths for myself and rode along almost the entire line. Why not the whole line? We’ll get there in a little bit. On this trek out west, I followed route ‘D10’. Use a bit of caution when looking up a map for this route as it hasn’t been updated with the new paths along the tracks. From the Central Platte Valley, I rode the South Platte Trail and headed west when it split just past the Colfax viaduct. Upon heading west, you are greeted with a nicely paved, windy trail through some open space. 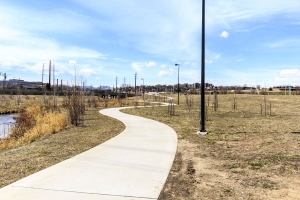 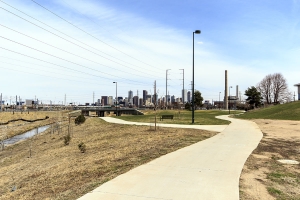 Continuing down the path you go through Rude and Sanchez park which have the options of crossing pedestrian bridges to get into the surrounding neighborhoods. 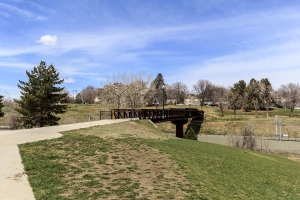 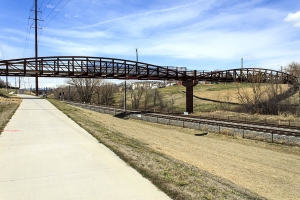 New rail signals have also been put in so pedestrians can safely cross the tracks into the neighborhoods. Not to mention, you get some pretty amazing views of the Denver skyline throughout your journey! 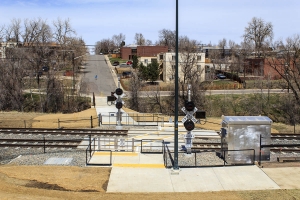 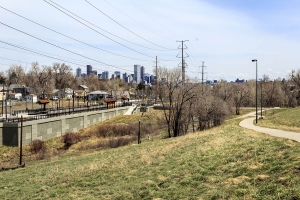 The Sheridan Station’s Park and Ride is still under construction but once you cross through the station, the path continues right alongside the tracks. 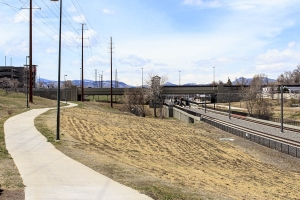 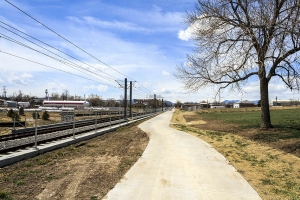 At the smaller stations, the bike path splits off so you can board a train. However, the Wadsworth Station was slightly disappointing because you are unable to access the platforms from the bike path. There is a  fence that runs along the entire platform with signs telling you the platforms are inaccessible from the path. My fear is pedestrians and cyclists will hop the short fence to get to the platforms. 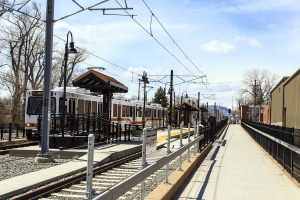 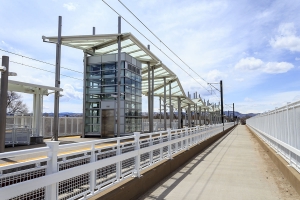 Once you get to Wadsworth, be prepared for a climb as you will encounter a few hills. Once you get to the top of the hills, the views are worth the climb! 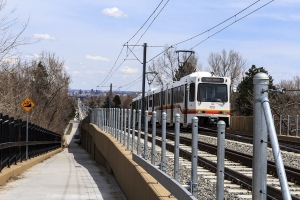 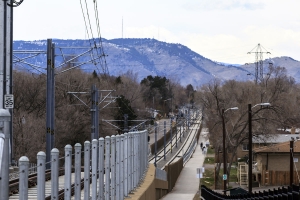 These last three pictures show where the ‘D10’ route branches off to various streets and ends up terminating at the Federal Center. These transfers from path to street happen a few times but as long as you follow the signs you will be riding alongside the train most of the way.

On this one particular route you cannot follow the trains all the way to Golden. That doesn’t mean there aren’t paths and roads that continue following the W-Line but remember, the W-Line crosses the 6th Avenue corridor twice past the Oak Station which makes it a little tricky to follow.

Want to see more photos from my journey? Head on over to my Flickr set here, or click through the slideshow below!

Make sure you go check out these bike paths on one of these nice spring days and ride along with the trains! It’s a great adventure!