Before RTD’s Northwest Line can reach Westminster (and Louisville and Boulder beyond) and before the Gold Line can extend out to Arvada and Wheat Ridge, the commuter rail tracks must first travel through (and over) a large freight rail corridor north of downtown Denver. This initial six-mile stretch between Denver Union Station north to 71st and Lowell in Westminster, referred to as the Northwest Electrified Segment (NWES), is more necessary than exciting: bringing the two commuter lines into the urban core of Denver as well as housing RTD’s new Commuter Rail Maintenance Facility.

For those needing some geographic context, click the link below for a video flyover of this area.

After leaving Denver Union Station, the line will travel behind Coors Field along Wewatta Street before turning north and crossing the South Platte River. Currently there are two piers on either side of the river as well as girders across the water. The bridge will continue on either side to span over the existing freight rail tracks. 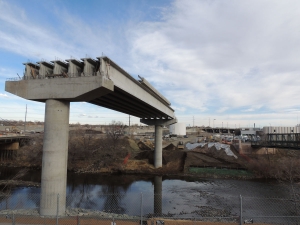 After landing on the north side of the South Platte River, the rail right-of-way continues under I-25 and over West 38th Avenue before arriving at the first station for both lines: West 41st Avenue and Fox Street. The conditions for this station area have yet to change as the site is currently being used as the temporary office for the construction crews working on these two rail lines. 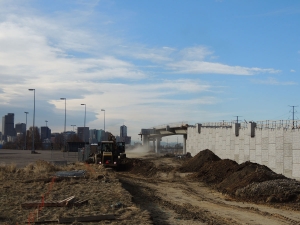 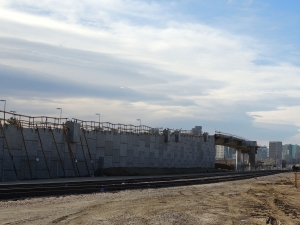 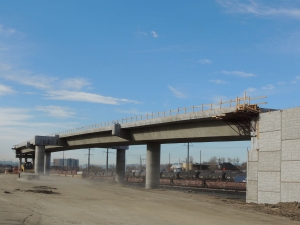 The mile and half north of I-70 and W. 48th Avenue, pictured below, is the future location of the Commuter Rail Maintenance Facility. This enormous complex has recently has started underground infrastructure construction and we should see above-ground work starting this summer. Once completed, this will become the primary location where commuter rail cars will go for repairs and maintenance. This area is also currently being used by construction crews to store thousands of railroad ties and to weld long ribbons of track together before they are installed through the FasTracks network. 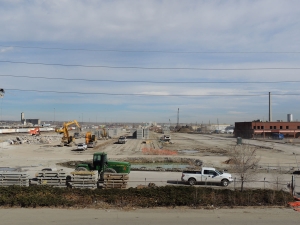 The last major development in this area is the progress made on the Utah Junction Bridge. Similar to the Jersey Cutoff, the Utah Junction bridge will bring the commuter rail lines up and over the existing freight tracks that split into multiple directions. 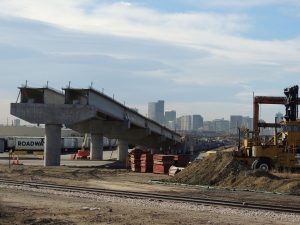 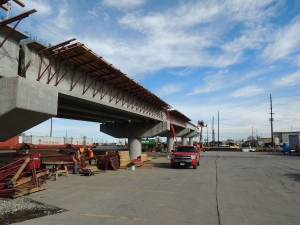 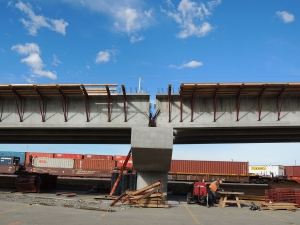 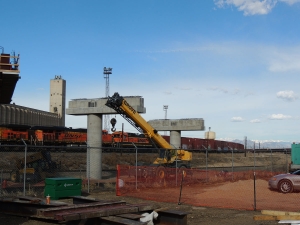 Because this segment is hidden between some of north Denver’s industrial areas, freight rail lines, and major interstate highways, it may not have the “wow” appeal that the other lines have that travel through our neighborhoods. That said, without these large overpasses, Denver’s rail transit system would never be able to expand to the Northwest. In addition to its regional significance, this progress should be noted as one of the most impressive and large-scale engineering projects currently underway in the Denver area.