You may recall that a few weeks ago, the City announced that they would install a long-awaited bike lane on 15th Street—a critical connection for bicycle infrastructure in Downtown Denver—but that it would be only a standard striped bike lane, and not a protected/vertically-separated bike lane that Denver bike advocates and urbanists have been demanding since 2010. Fortunately, thanks to the efforts of BikeDenver, the Downtown Denver Partnership, and thousands of Denver citizens who spoke up, this important bicycle facility will become a reality.

The project will be phased in. First, new painted bike lanes, signage, signals, etc., will be installed this year. Then in 2014, after additional design work has been completed, the bollards will go in.  Here’s a photo (courtesy BikeDenver) of Manager Cornejo at the recent meeting where he announced the Department’s commitment to the protected bike lane on 15th. 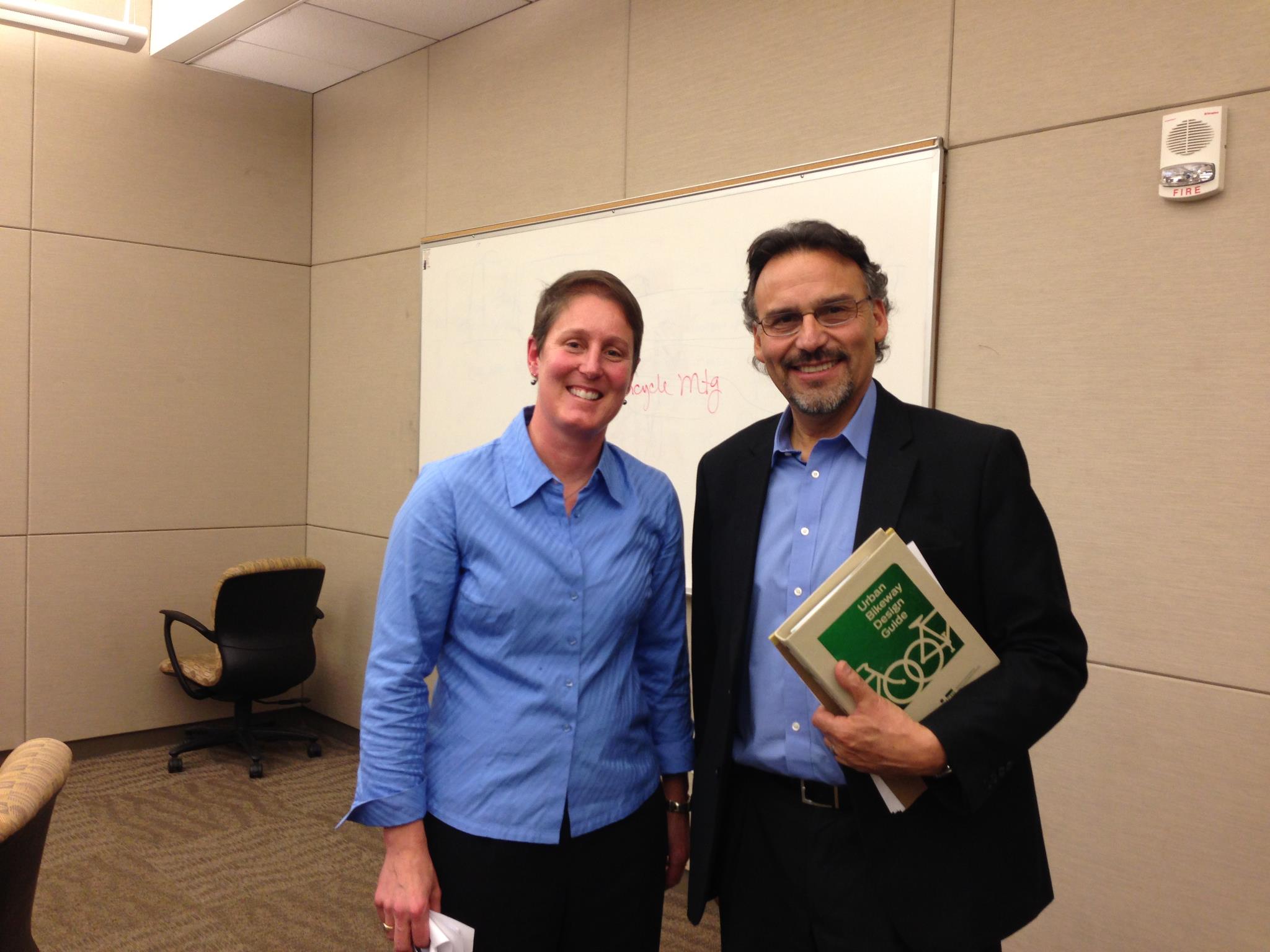 Below is a diagram, courtesy Denver Public Works, showing the proposed design for part of 15th Street. This was released a few weeks ago prior to the announcement of the upgrade to a protected bike lane, so some design change may be in store. Anyway, this gives you a general idea of the new bike lane coming to 15th Street.

Congratulations to Denver Public Works manager Cornejo and his staff for their willingness to continue to push Denver’s bicycle infrastructure forward!