The ghosts of Denver’s past buildings are fading fast from our collective memories.  For every preserved Larimer Square or D&F Clocktower, there are hundreds of structures that have been demolished since Denver was founded back in 1858.   Unfortunately, detailed photographs of this built environment are limited to the most prominent structures of the time and even then, much of the early residential character of downtown has been lost, both in memory and in any photographic archive.  If we are lucky, some of this early history can be dug up at the library or even on E-Bay.  Such was the case recently when I was searching for early Denver school photographs.  Among all of the Denver Broncos paraphernalia, a photo of Public School #1 (later known as the Arapahoe School), was for sale.  While I had seen many archival photos of this school in library collections, I was anxious to own one for myself. 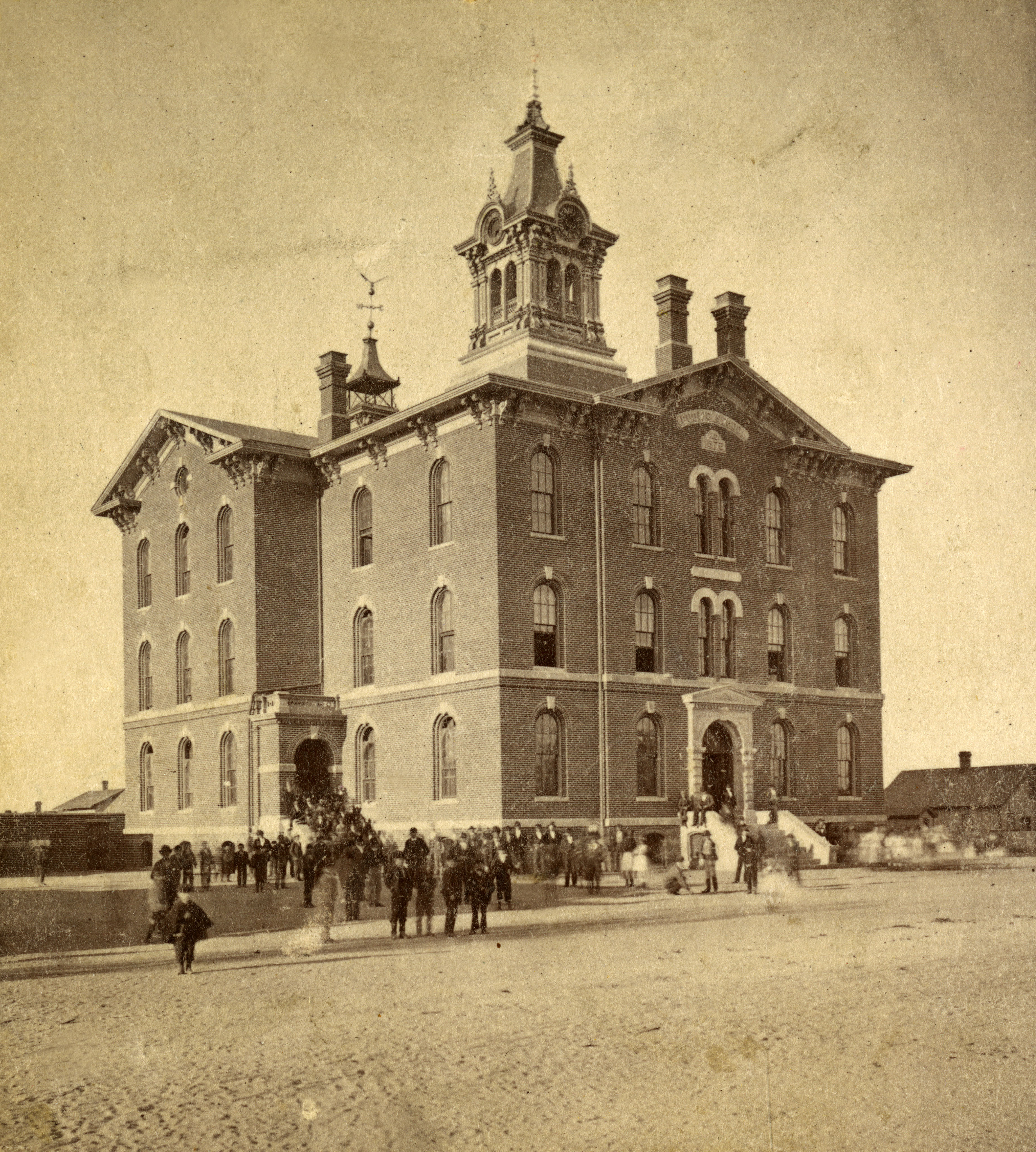 Denver citizens fought for over ten years to get this structure built but its planned construction for the school children of “east” Denver was tenuous at best.  Ultimately, bonds were issued for its construction but its overall cost was supported by years of collecting property taxes to pay for it.  This new concept was fought vociferously by many citizens of Denver who argued that they were not responsible for educating “someone else’s children”.  The Rocky Mountain News proclaimed it to be the finest school in the territory and it was indeed the biggest school to be found anywhere in the mountain west when it opened on April 2, 1873.  Just weeks before its opening, another fight ensued as elements of Denver society proclaimed that their children would never attend this new public school if black students were allowed to enter the door as well.  Cooler heads finally prevailed as former territorial governor John Evans implored Denverites to allow Public School #1 to be used by all children in the district.  When it opened at 17th and Arapahoe, the school was an integrated facility. It soon served all grades, housing Denver’s first high school as well.  The building itself was only used as a school however until 1890 when the area was fast becoming a commercial zone due to Denver’s explosive growth.

Soon Frank Edbrooke’s grand Club Building was constructed on the front of the site, with the Arapahoe School serving as a back annex to this office building (a sliver of the school can be seen on the right side of the photo). 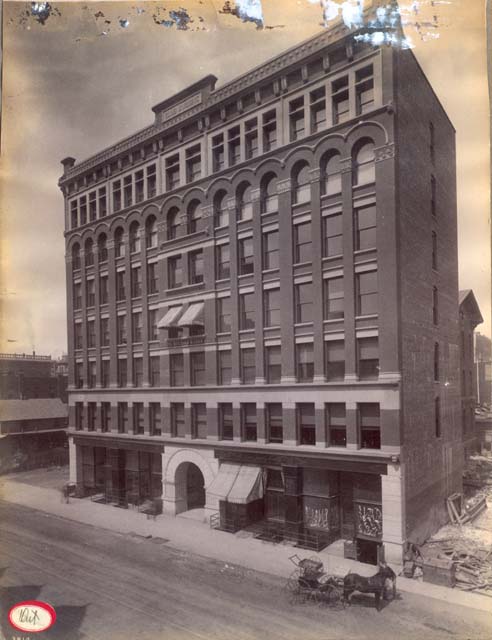 In 1955, both buildings were summarily demolished for a big parking lot without much thought given to their histories.  So next time you’re walking through Skyline Park north of 17th Street, nod your head to this ghost of Denver’s past and listen for the screams and laughter of the school children of pioneer Denver.

For more information on this subject, consult: