In January, Denver Public Works unveiled the design for the long-awaited 15th Street dedicated bicycle facility, which has been in the works since 2010. 15th Street plays a pivotal role in Denver’s bicycle network for three reasons:

1. It’s the only Downtown street besides 20th Street that connects to the Highlands neighborhood, and the I-25 interchange on the 20th Street bridge makes 15th the preferred route for many cyclists entering Downtown from Highlands.

3. Within the Downtown network, northwest bound 15th Street is the complement to southeast bound 14th Street, which already has a bike lane. 15th Street is a missing link.

So it was with great anticipation and high expectations that those who have lobbied and worked hard to get the 15th Street bicycle facility for the past three years awaited the proposed design. When it was presented to various groups in January, there where some great elements including Denver’s first use of green paint to mark conflict zones, a Copenhagen-style bike box to make turning right from the left-side lane easy and safe, an innovative left-side design, a textured buffer material, and a queue jump signal to give bicyclists a head start at one key intersection. The city and Public Works should be applauded for these design elements. It’s well thought out and way ahead of anything we currently have in Denver.

However, these great design elements were over shadowed by the disappointment in one aspect of the design: There is no vertical separation between the general traffic lanes and the dedicated bicycle lanes. 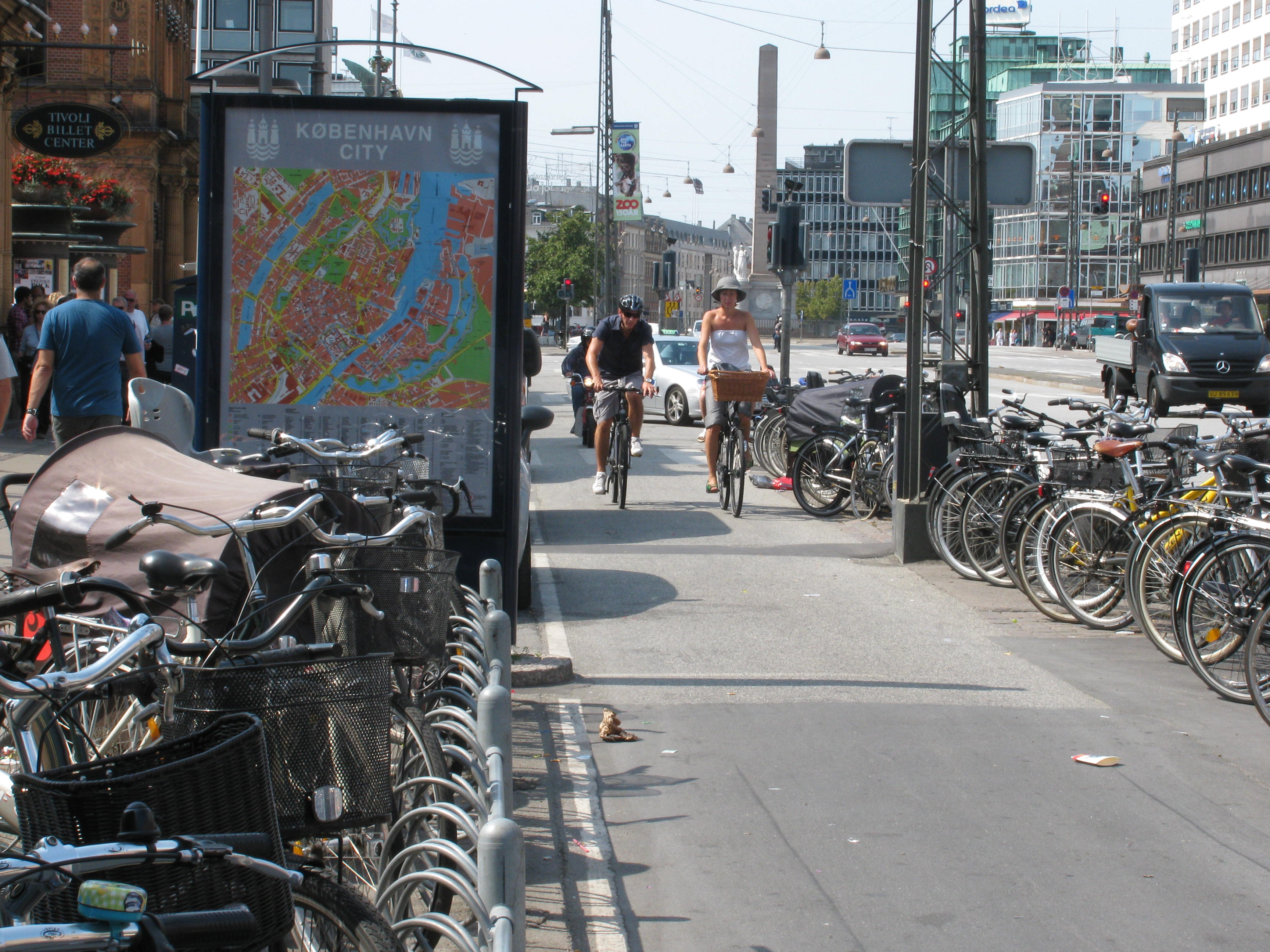 In Copenhagen, bike parking is used as the vertical separation element

The lack of separated bicycle lanes in Denver’s transportation network has become dismaying to local bicycle and business organizations, as other similarly size cities such as Seattle, Vancouver, Portland, and Minneapolis have embraced this facility type and seen great results. A 2012 study of vertically separated facilities in Toronto found a 50% decrease in accidents among all user groups on streets where the separated bicycle facilities were installed. Denver is falling behind when it comes to innovative bicycle facilities, and this is important for the economic health of the city as it tries to attract an educated, healthy, sustainability-minded workforce that increasingly demands a walkable, bikeable city.

The concern over 15th Street is growing into a groundswell of support for the inclusion of vertical separation or true cycle track design in the 15th Street facility. About two weeks ago, a grass roots group called Denver B Change started an online petition calling for vertical separation on 15th Street. As of today, over 600 people have signed the petition. We here at DenverUrbanism urge you to sign the Denver B Change petition.

At their February meeting, the Mayor’s Bicycle Advisory Committee voted to recommend that vertical separation be included in the 15th Street design, and BikeDenver has been meeting with officials and staff making it clear that they want to see the vertical separation included in the 15th Street design. Upcoming efforts will include a BikeDenver organized Valentines Day event in front of the City and County building where the public is being invited to sign a giant “We Love Protected Bike Lanes” card to the Mayor. We hope you will plan to attend this event!

These efforts are important and not surprising considering the healthy, vibrant culture of Denver. I believe that our city leadership understands the benefits of a healthy sustainable city and I trust that they will make their best effort to see vertical separation added to the 15th Street bicycle facility. To quote Piep van Heuven, Executive Director of BikeDenver, “If not now, then when? If not here, then where?”

DenverUrbanism encourages you to contact your City Council representative to urge them to lend their influence in supporting a vertically separated bike lane on 15th Street!

Note: we will be updating this post soon with exhibits that illustrate the proposed 15th Street bicycle facility design.