After leaving Colorado Station the East Rail Line parallels the soon-to-be relocated Union Pacific Railroad (UPRR) tracks and Smith road to the south. After the alignment passes to the east of Quebec Street, the corridor widens, allowing for more space between the trains and less need for relocation activities. At Quebec Street, crews are building a new bridge, pictured below, for RTD’s East Rail Line. The girders for this bridge were put in place over the summer across Quebec Street and sandwiched between the existing UPRR freight and Smith Road bridges. The bridge will be double tracked allowing RTD trains to travel in either direction.

Crews have (finally) placed the girders for the new Sand Creek bridges. Crews are building two separate bridges – one double-track bridge for RTD and a separate bridge for UPRR to use as a second mainline across Sand Creek. Spanning across both bridges is the new Central Park Boulevard bridge which connects the Stapleton neighborhood to I-70 and the Northfield shopping center to the north. 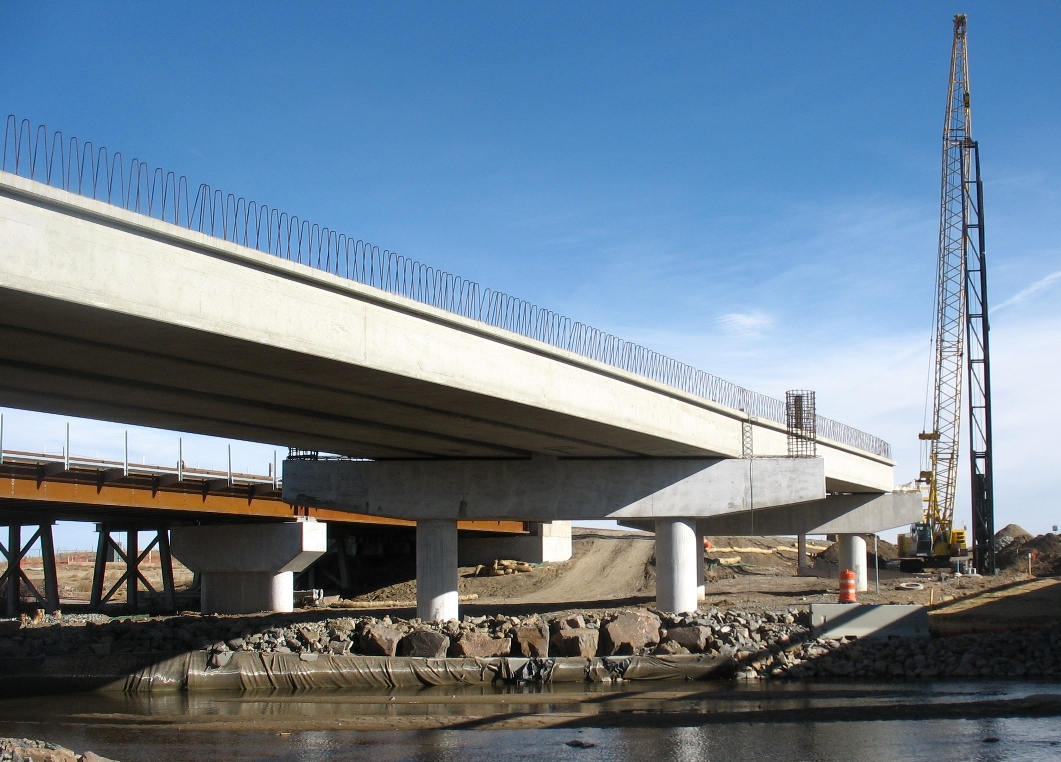 Finally, one look west along Smith Road showing all of the relocation efforts and other construction going on in anticipation of the East Rail Line.

Next time, we will take a look at the work going on near the Peoria Station.