The progress between Central Park Boulevard and Peoria Street is less noticeable as there are no bridges or major street crossings under construction yet. East of about Quebec Street, the easement shared by the freight and commuter rail tracks opens up and there is no need to relocate the existing UPRR freight tracks. There is, however, a lot of earthwork going on in this area. Below is a picture taken on Smith Road about a quarter mile west of the future Peoria Station. The Peoria Station will be an important transfer point between the East and I-225 Rail Lines. No major progress short of some earthwork has been made on the Peoria Station as seen in the photo below. However, preliminary utility relocation has closed 37th Avenue just north of the rail easement on either side of Peoria Street. The overhead catenary system (OCS) foundations can be seen in the picture below – these are what the poles holding the power lines for the trains will be anchored to.

A lot of progress has been made between the Peoria and 40/Airport Stations and the last stop at Denver International Airport. Just to the west of the existing RTD 40th Avenue Park-and-Ride, the ground has been prepared for where the commuter tracks will be. The 40/Airport Station will be nearly 20 feet above the ground once completed, so there’s a lot of work remaining at this station. 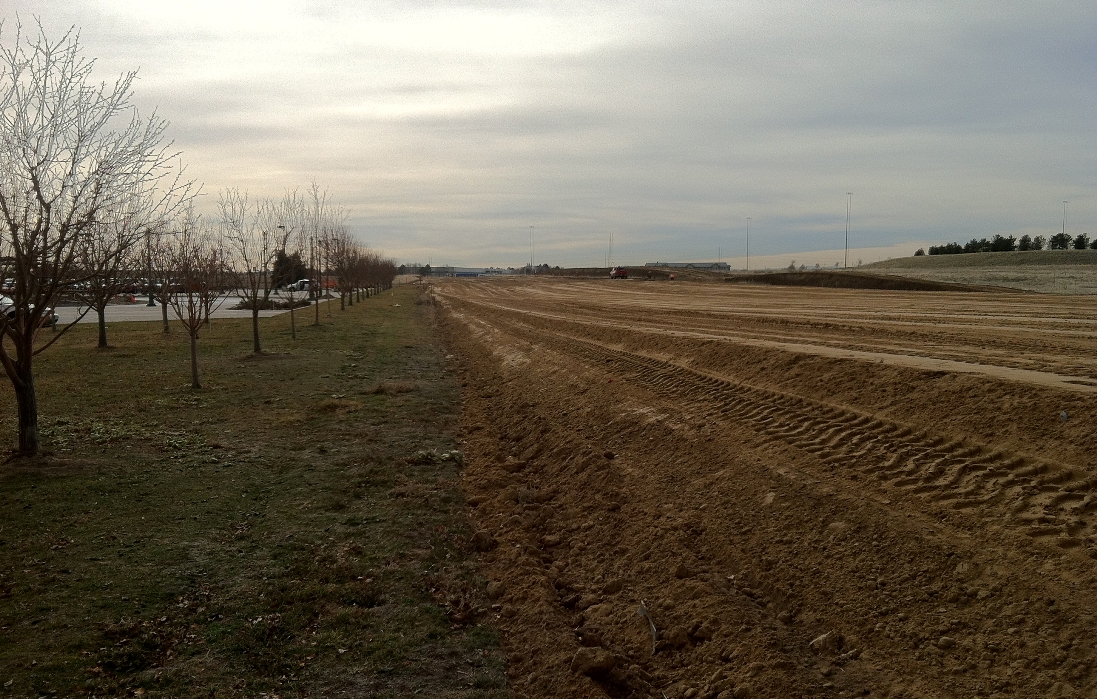 The bridges that will span Green Valley Ranch Boulevard, 56th Avenue, Tower Road, E-470 and Pena Boulevard are all under construction. Over the past month or so, all of the wingwalls, abutments, pier columns, and caps have been competed on these four bridges. However, only some of the beams and girders have been installed – that work will continue over the next few months. 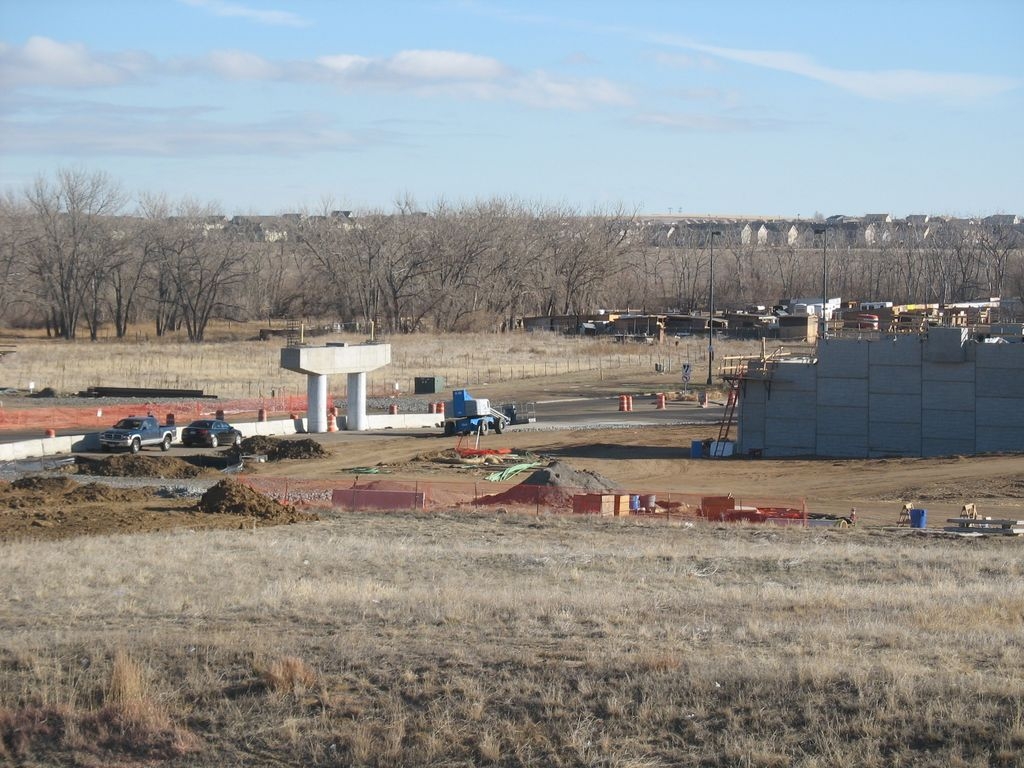 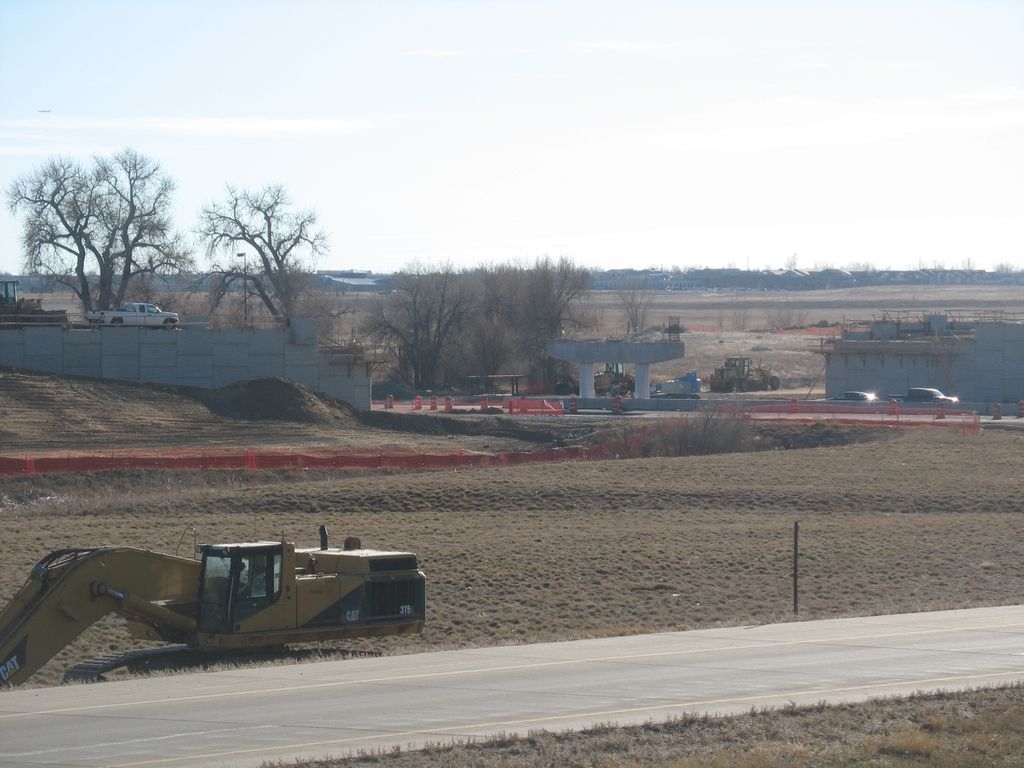 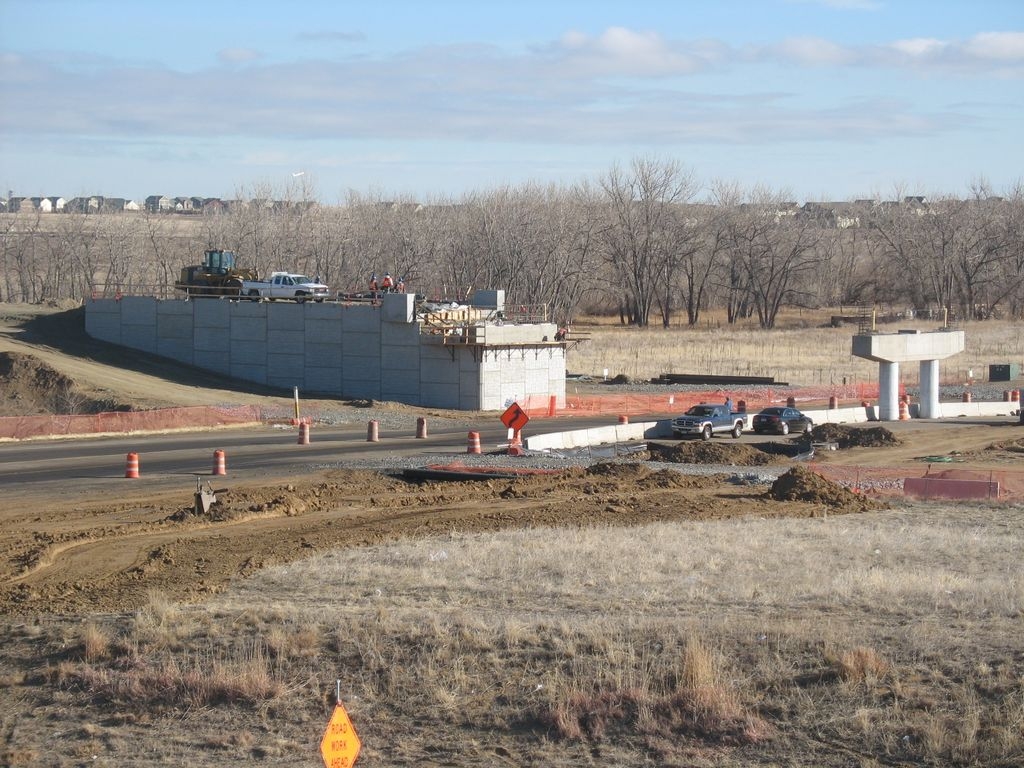 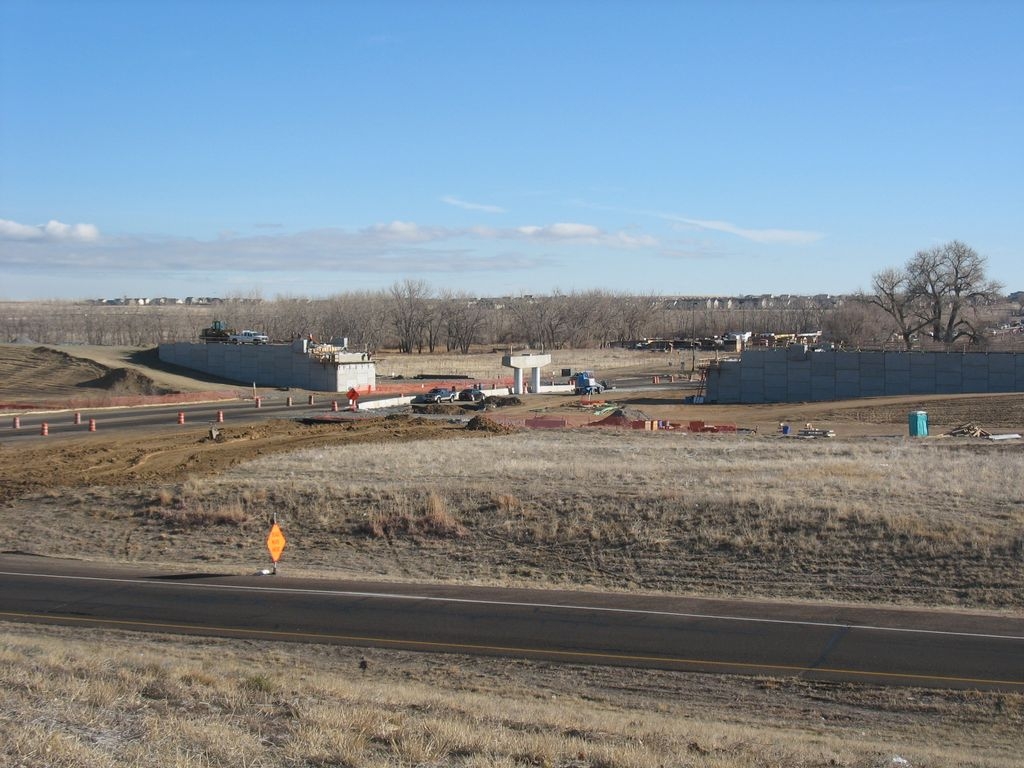 A few months back the northern half of girders for the Peña Boulevard bridge were installed. Crews will now focus their attention on the southern approach with work spanning Peña Boulevard to occur sometime mid-2013. 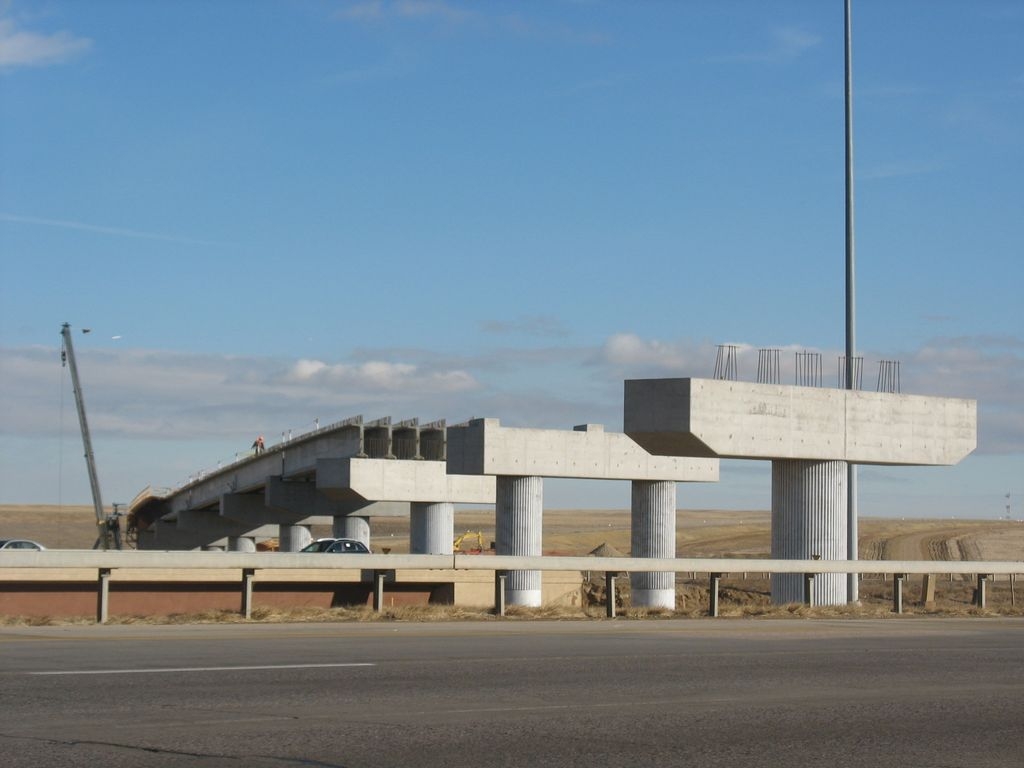 Anyone traveling in or out of DIA over the holidays may have noticed that there is a HUGE hole on the south side of the main terminal – that is the site of the South Terminal Redevelopment Program. Also, the East Rail Line’s future approach to the airport is clearly delineated as crews have graded nearly all of the corridor between 40/Airport and DIA. 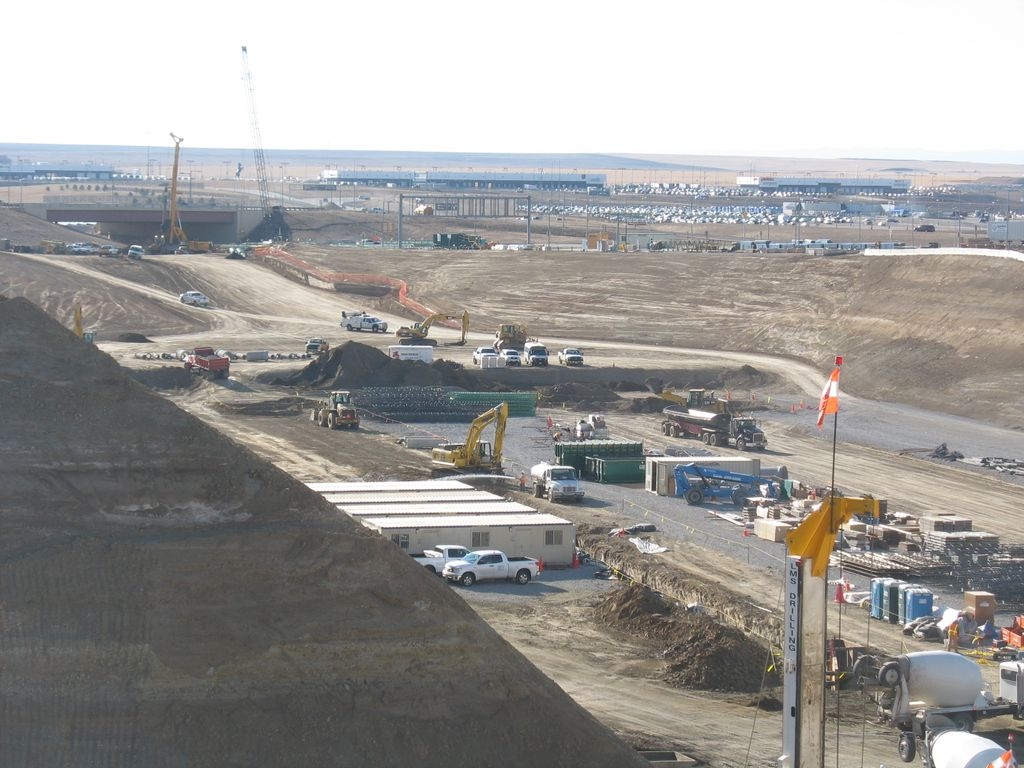 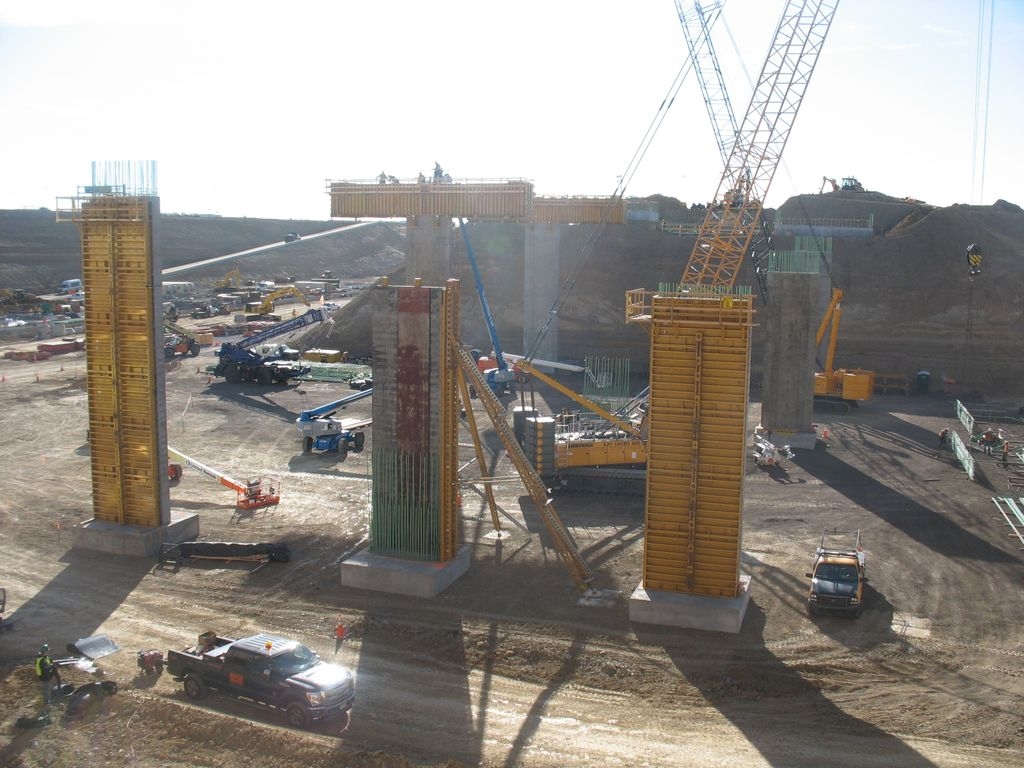 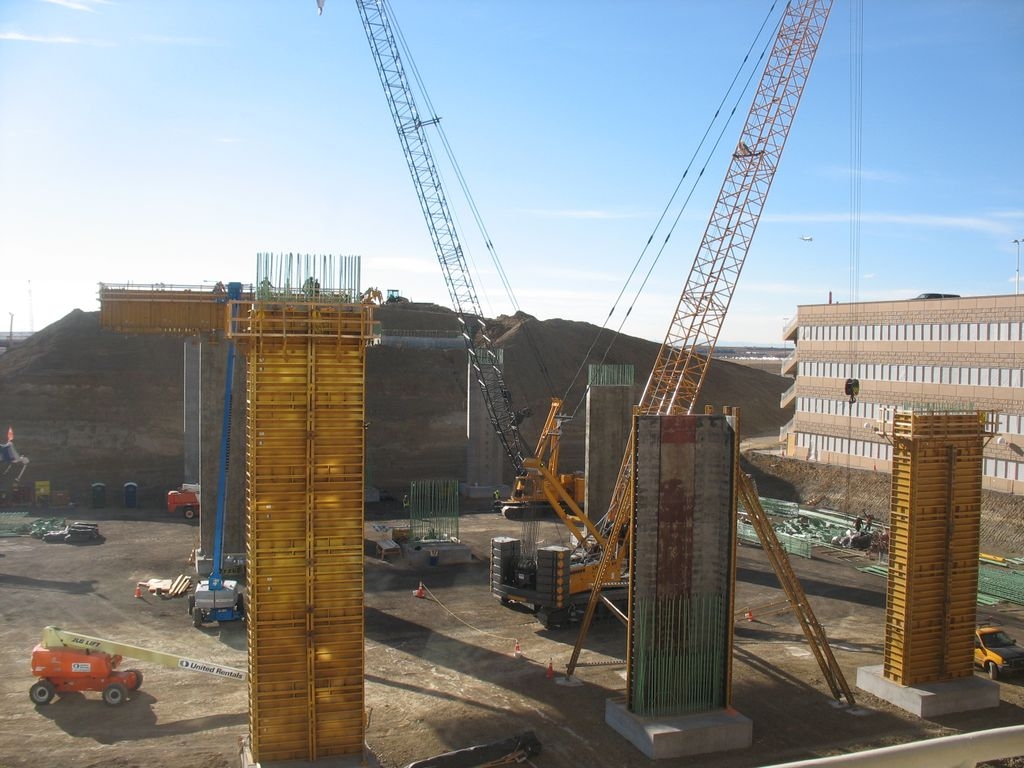 The view from inside the main terminal, just before the main security area, provides great views into the construction site. Near the center of the large southern facing windows is a scale model that should help visitors envision what is in the works. If you happen to traveling through the airport this holiday season or anytime afterwards,  make sure to stop by a take a look. Lastly, for a more in depth discussion of how the new terminal will operate and other developments along the East Rail Line, check out this podcast posted last month by Ken.

Check back in January when I will give updates on all the segments as construction activity continues into what will be the busiest year yet. Also check in soon for more updates on the Northwest and Gold Lines as well as the Commuter Rail Maintenance Facility.