Next up on our West Corridor tour is the Lamar Station. As with both the Knox and Perry Stations, the Lamar Station will not have any parking and be a purely “Kiss-n-Ride” station only meaning that passengers can be easily dropped off or picked up close to the station (either private car or bus). The Louisiana-Pearl Station on the Southeast Corridor is another example of a Kiss-n-Ride station. As you can see, the station is nearly complete and has the same design motif as seen along the rest of the corridor. Crews have installed the crossing arms across Lamar as well. 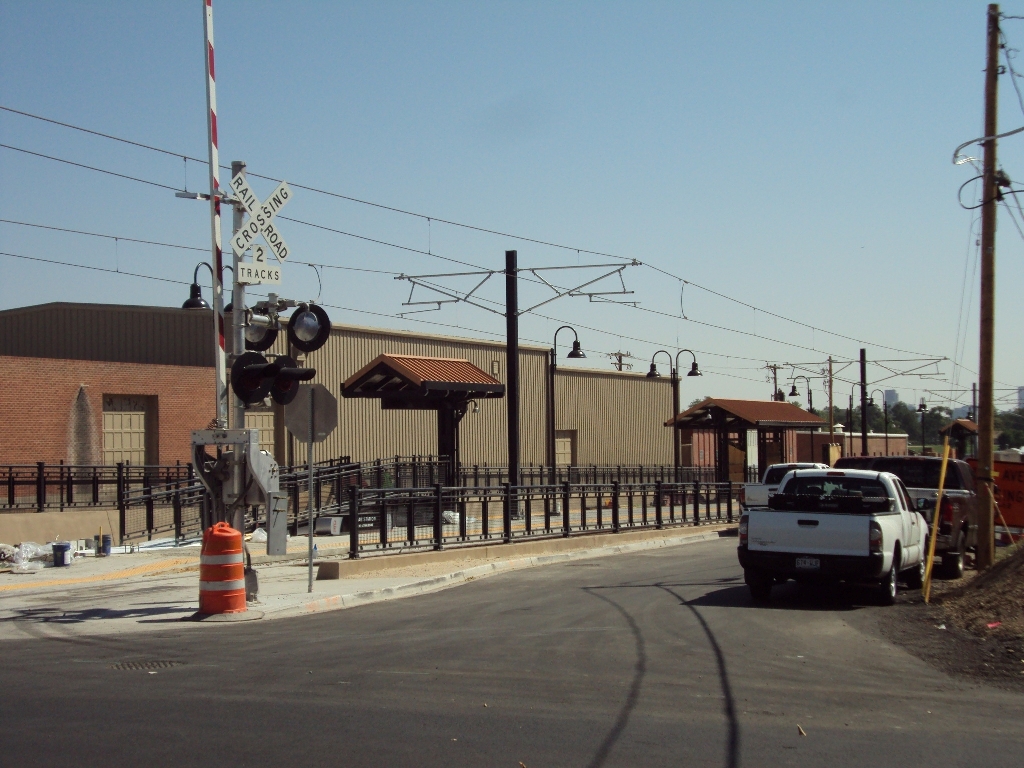 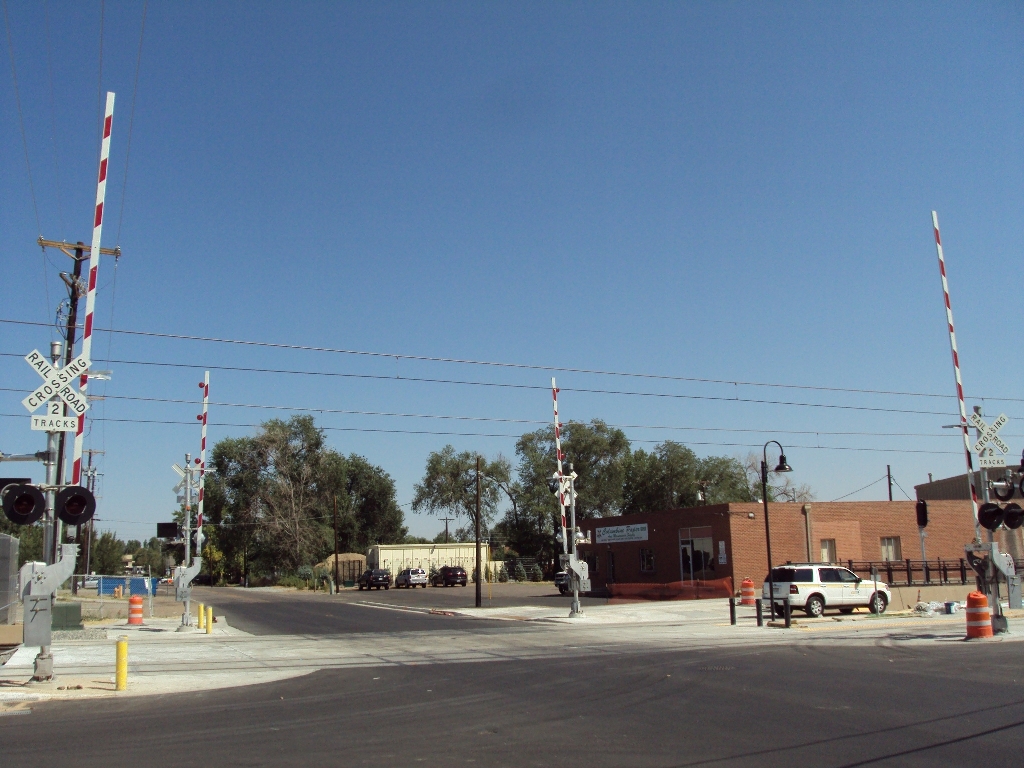 The Lamar Station is in a very tight location at the corner of 13th Avenue and Lamar Street. The rail alignment was so tight through this area that a building to the west of the station lost a loading dock to allow for construction and operation of the rail line. 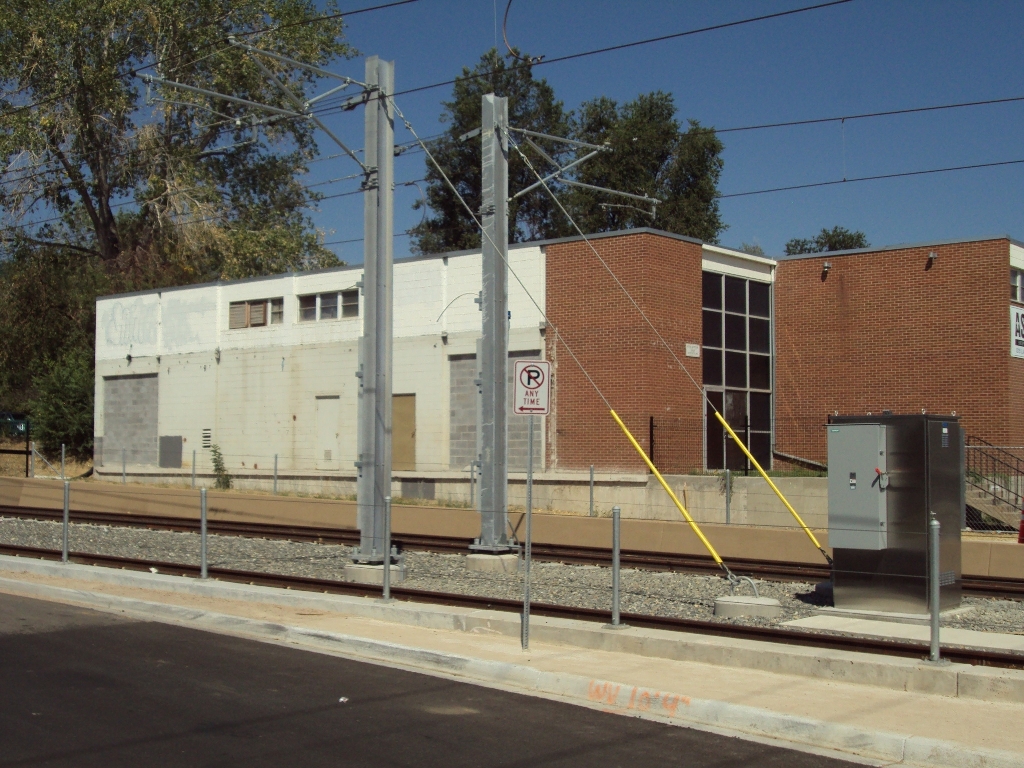 Also, I have great news for those of us looking forward to light rail to Lakewood and Golden, which is also bad news for geniuses looking to steal copper  (like these jokers). The Overhead Catenary System (OCS) is now considered live meaning that the corridor is electrified as RTD crews kick off major operational testing along the tracks. Just another sign of progress as the West Corridor moves closer to completion – only 163 more days!