Only 219 short days until the West Corridor opens!!

Crews have begun finalizing construction at the stations along the corridor. The Knox Station – even without parking – was home to some of the most intense construction thanks to the total reconstruction of the Knox Court box culverts expansion (detailed here). Crews have installed benches, station canopies, signage, and crossing arms across Knox. 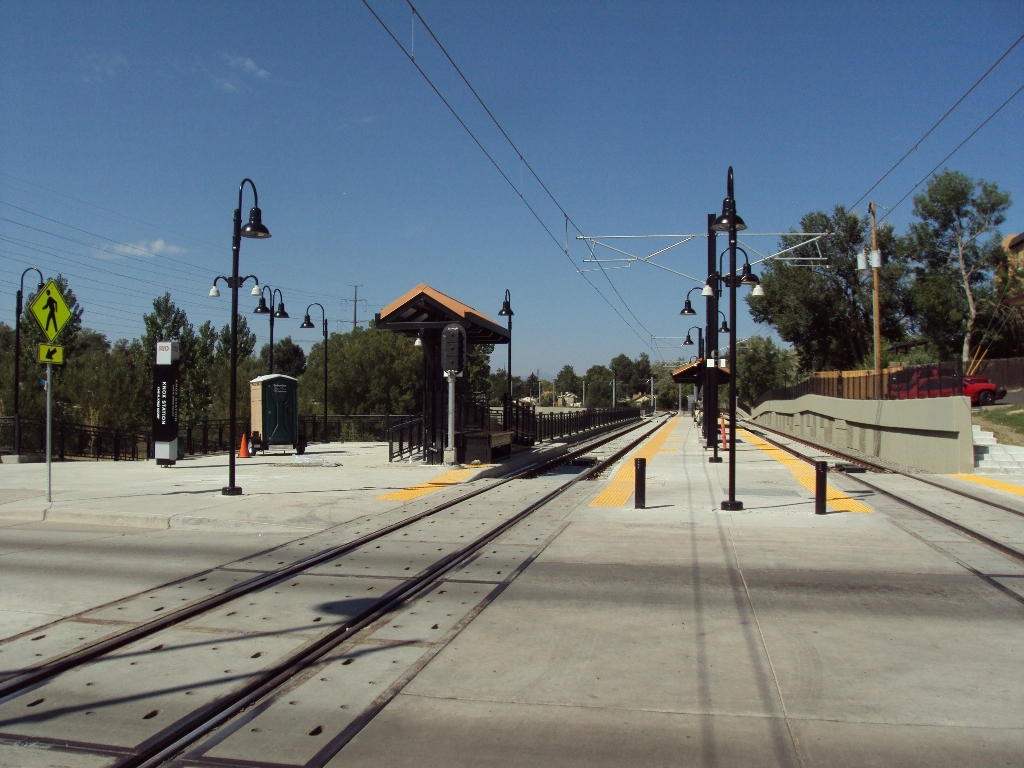 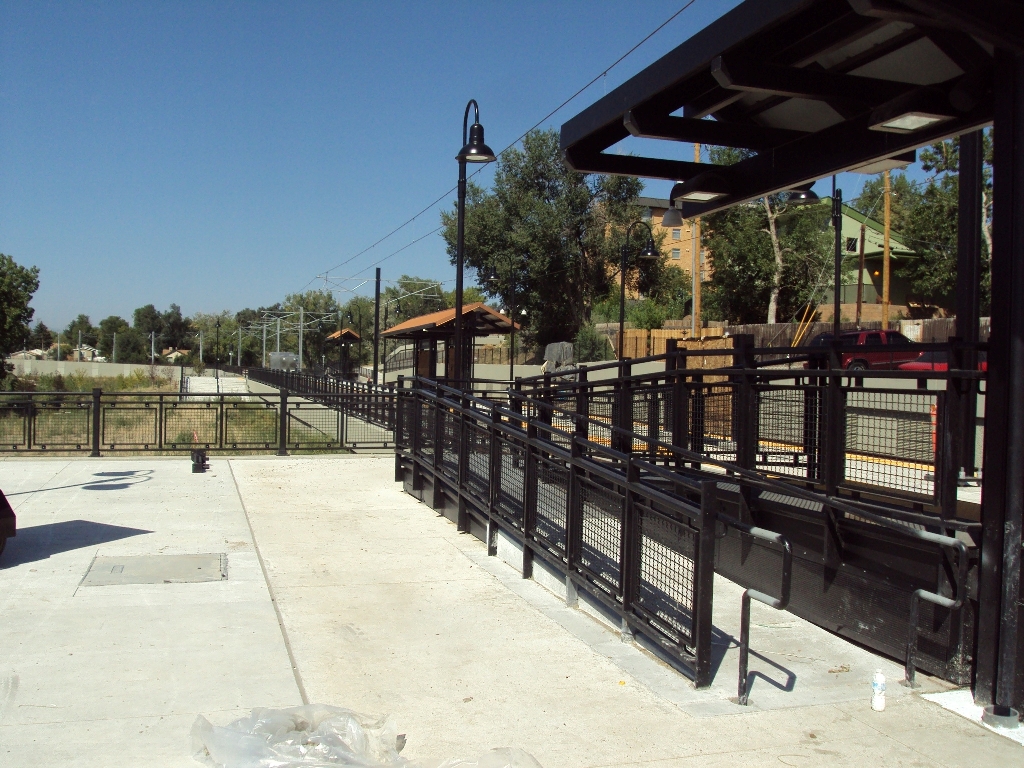 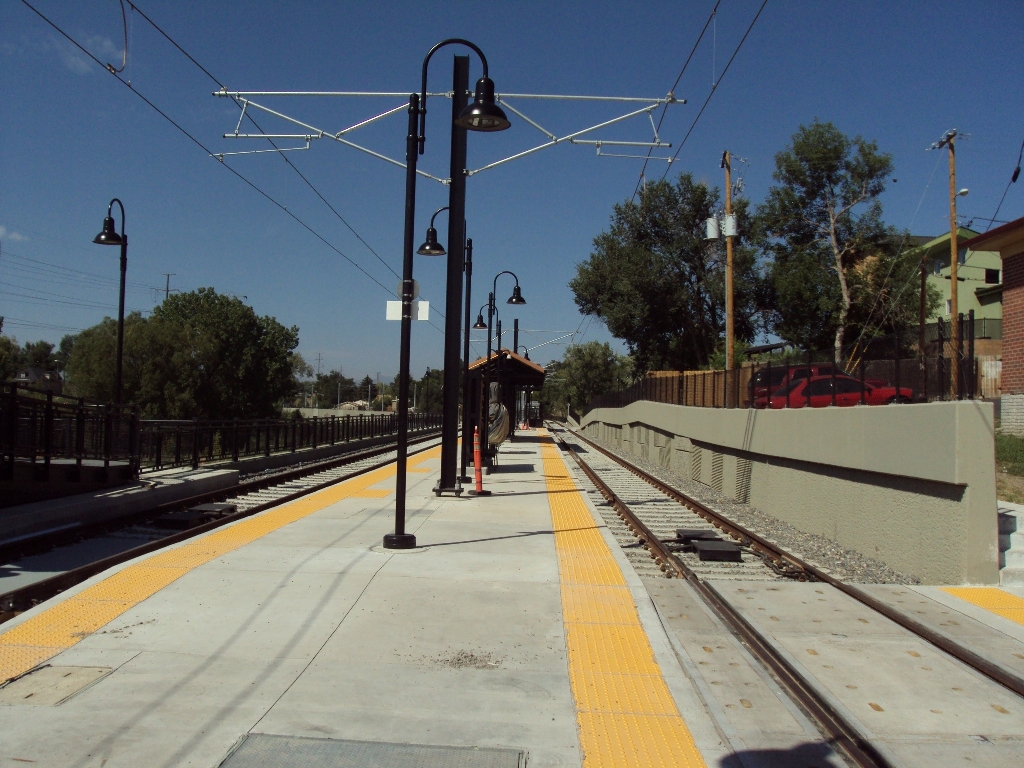 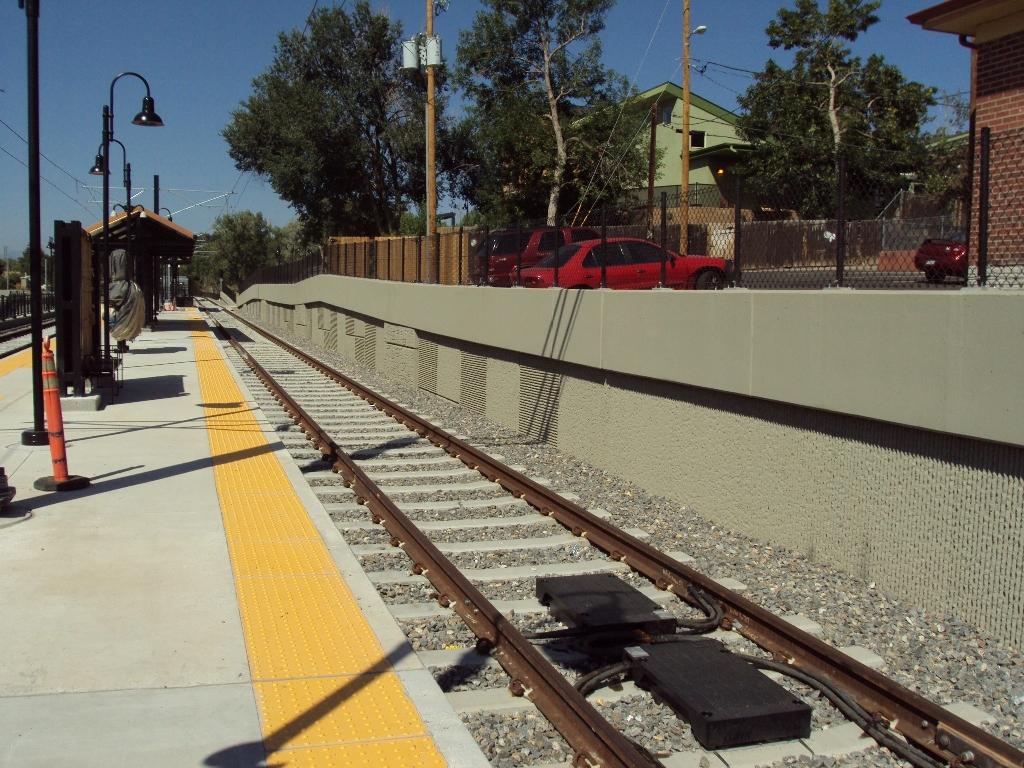 Crews have also installed the new station sign and benches. Partnered with the new style of bike rack, the station looks pretty slick. The canopies, railing, signage, and benches are standard across most of the stations in the corridor (unless a city has paid for a different, enhanced style as Lakewood did at the Wadsworth Station – which we will look at in a future post). 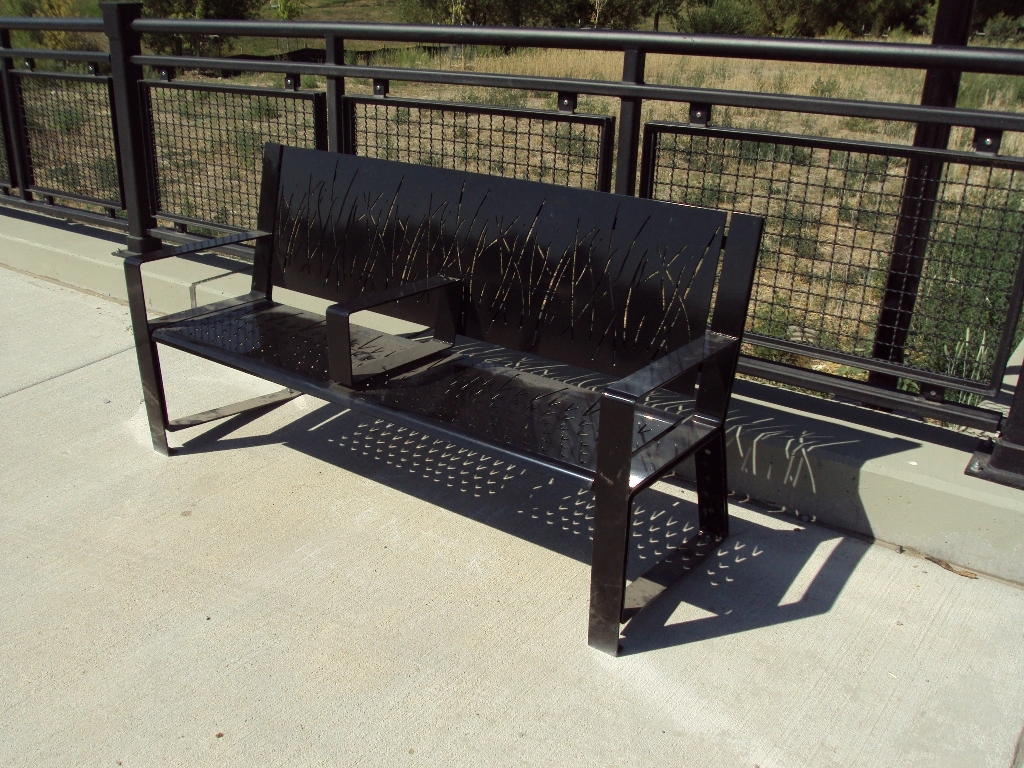 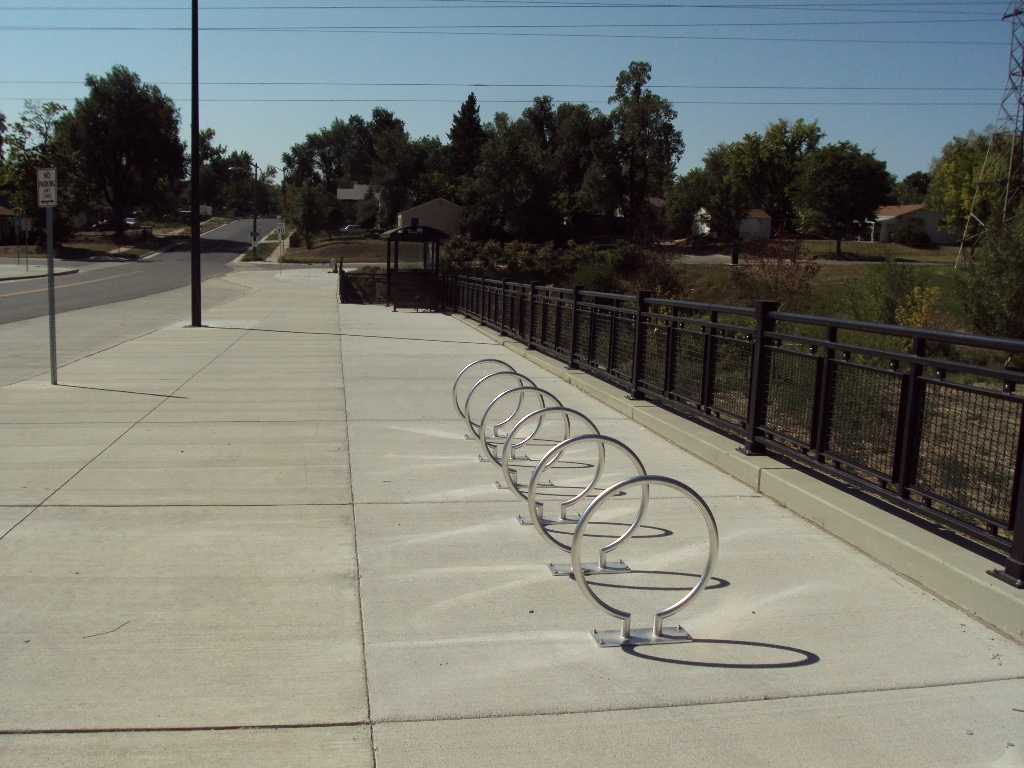 One downside (or potential upside, depending on how you look at it) is the rail line’s proximity to some of the homes through this section of the corridor. The building directly north of the Knox Station platform is literally steps away from the train once it starts operating on April 26, 2013. 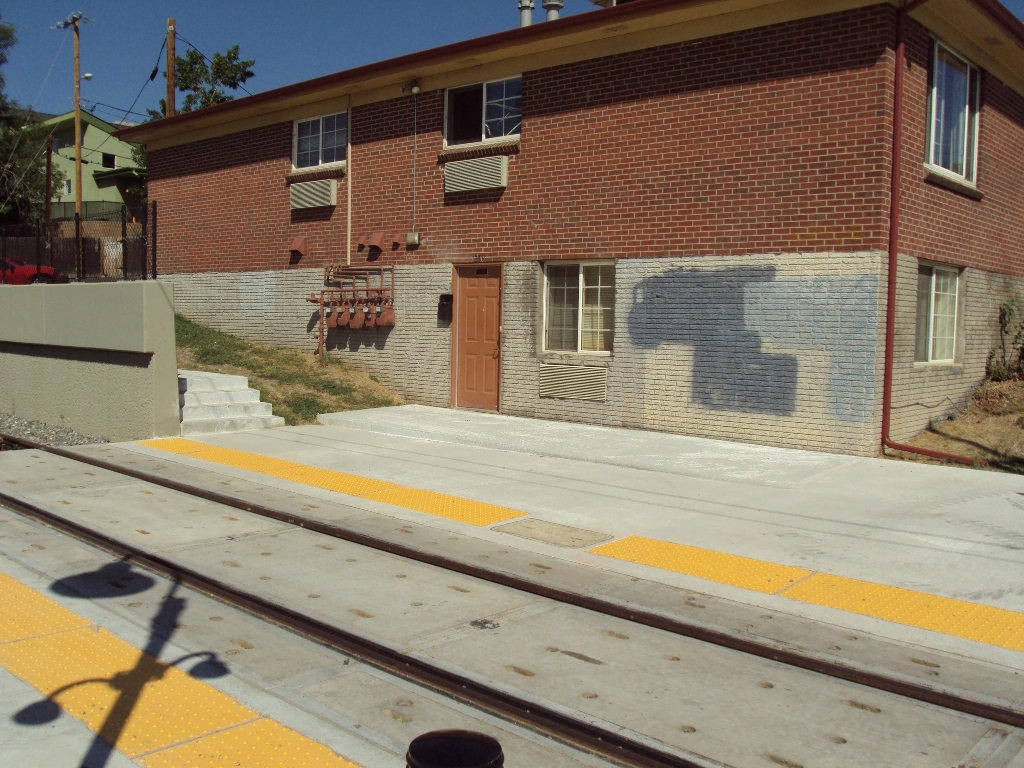