Crews have started (and are nearly finished) with demolition of the existing buildings at the future 38th/Blake Station site. The buildings were mostly empty with the exception of a tofu business, which sold its assets to another company instead of relocating. Take a look at the map below – it gives an idea as to size of the site being demolished to make way for the station. 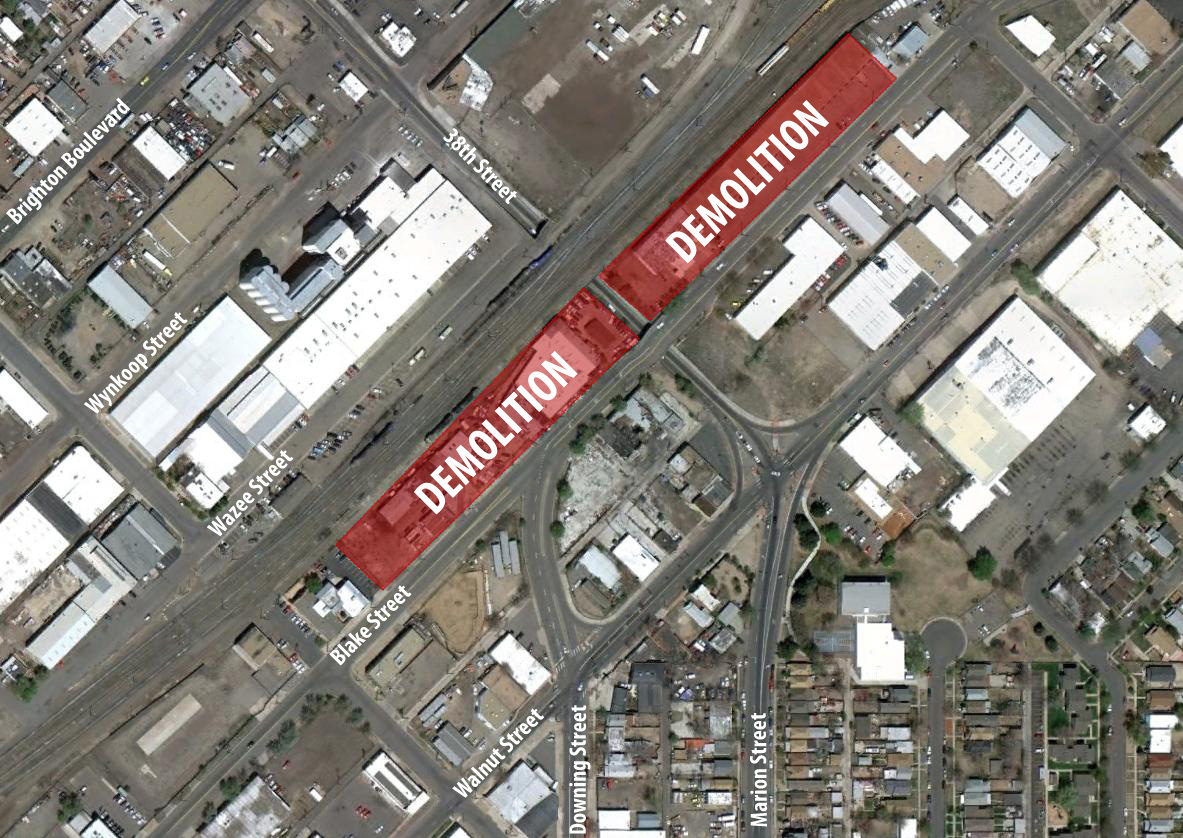 The demolition going on right now is for the station platform, a plaza, the landing for a pedestrian bridge crossing the Union Pacific tracks, and some (mainly) handicapped parking spaces. The majority of the parking will be located to the north of the platform on the opposite side of 38th Street. Demolition on a former self-storage facility at that site will kick-off soon (and will be covered in a future blog post).

The pictures below show the area that will serve as the landing area for the pedestrian bridge as well as contain some handicapped parking spaces. This demolition helps remove several blighted and unsightly buildings from the neighborhood. 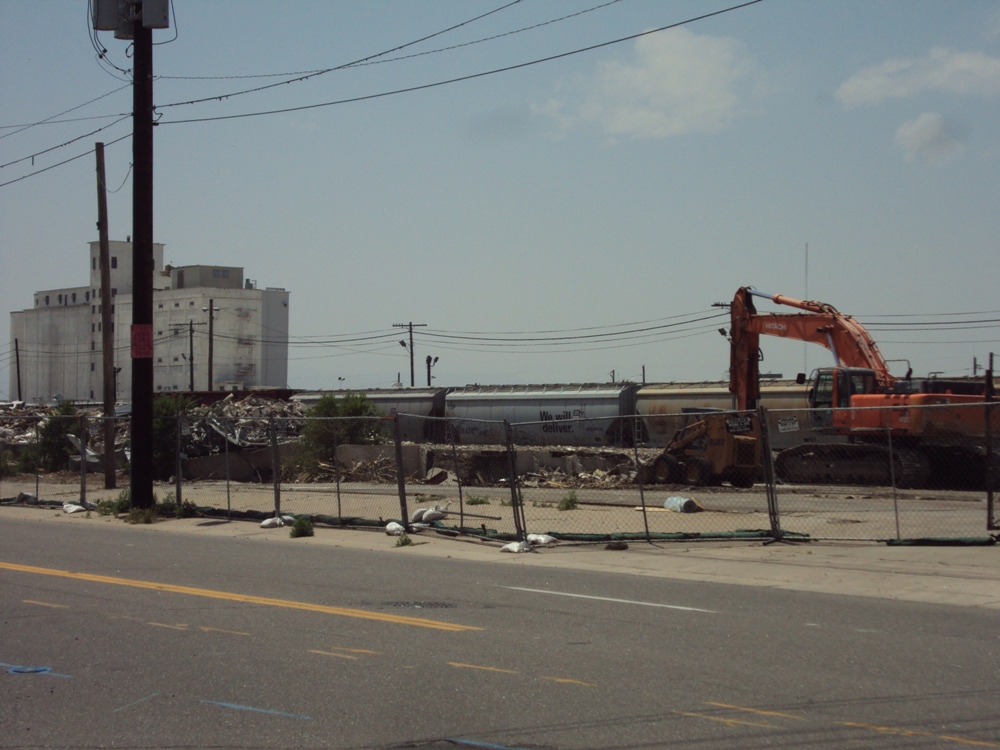 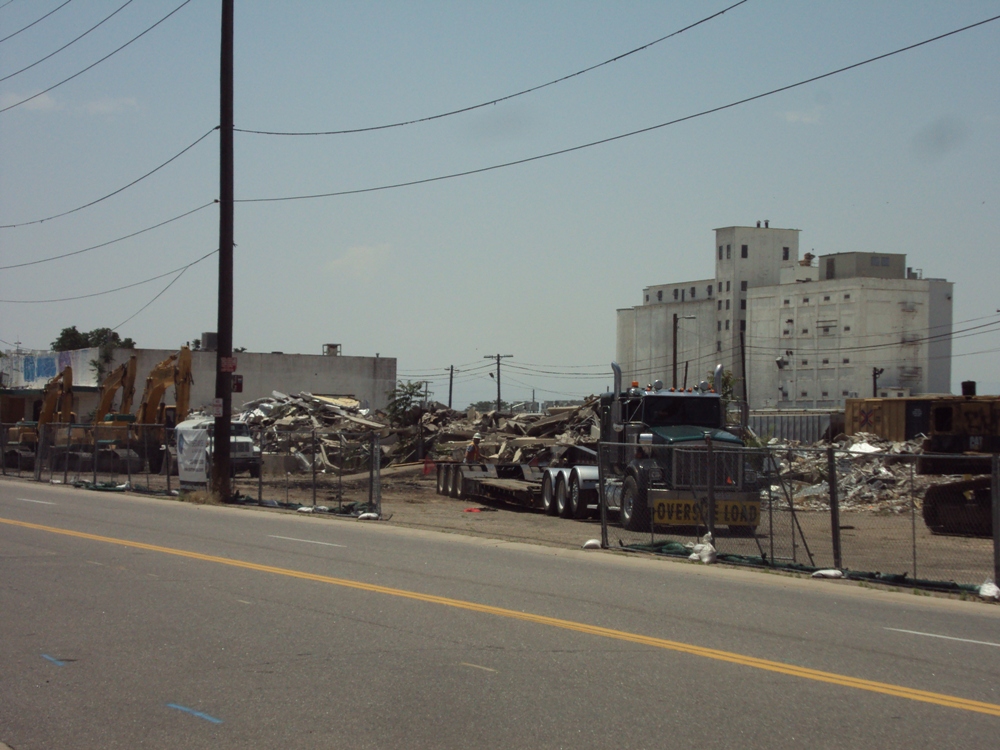 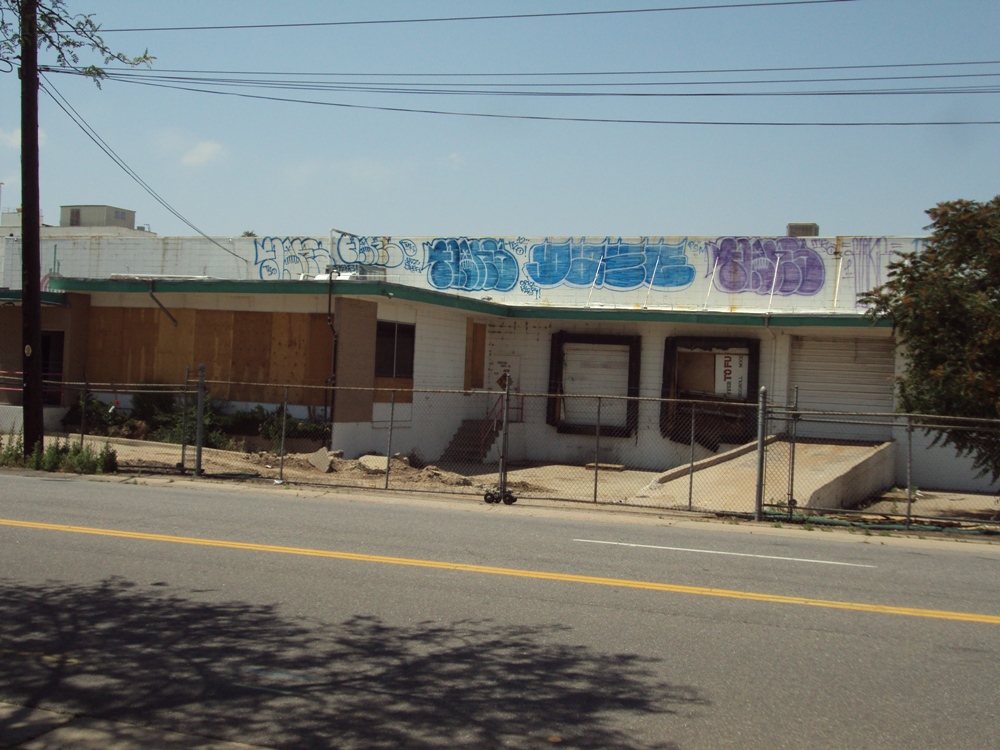 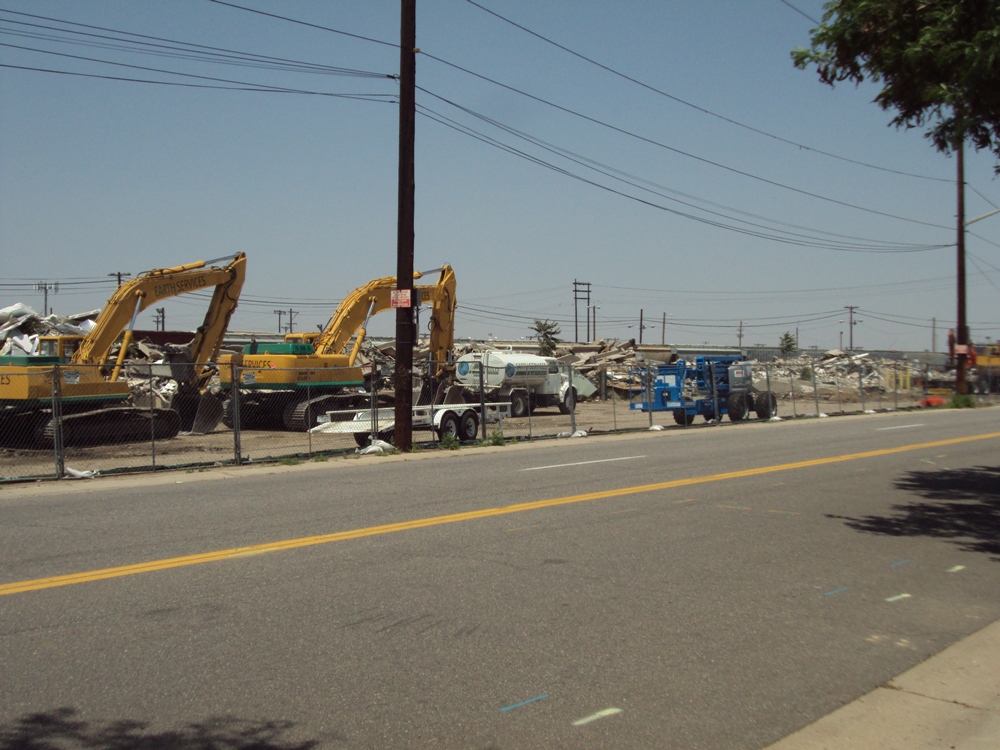 The station platform and a large plaza area will be located to the south and west of 38th Street north of Blake Street. From the picture below, you can see how large this plaza and station area is. There will be an additional set of tracks constructed for the East Rail Line next to the current Union Pacific tracks. This area will eventually also serve as the transfer point between the East Rail Line and the Central Corridor once light rail (or streetcar) is extended north from 30th & Downing to 38th & Blake. 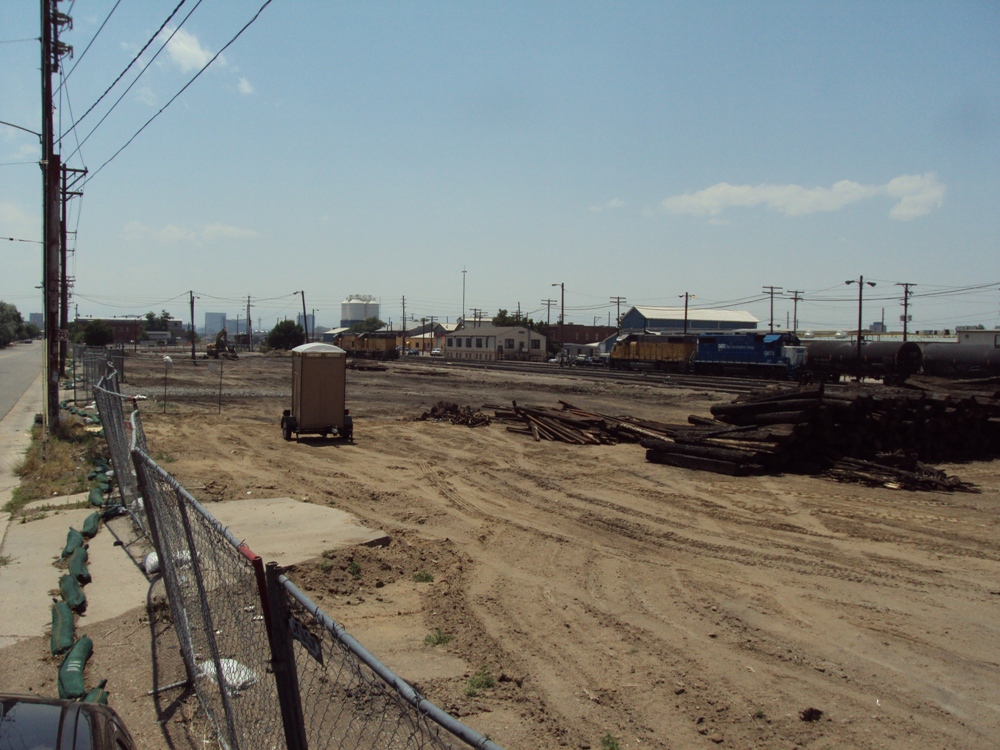 Stay tuned – this project is quickly coming to life and there’ll be lots of updates to come! Bridge construction is complete at Broadway, underway at Quebec Street, Sand Creek, and Peña Boulevard, and will soon be underway at I-70 while grading and other relocation work is underway to move Union Pacific tracks slightly north to allow the East Rail Line to squeeze through.